The journalists are badly outnumbered.

posted on Jan, 18 2021 @ 03:59 PM
link
It's been rightly said that we are in an information war. Most of the attention seems to be placed on social media and news outlets.

By just moving upstream to what one could characterize as 'sources'...you get an interesting new perspective. 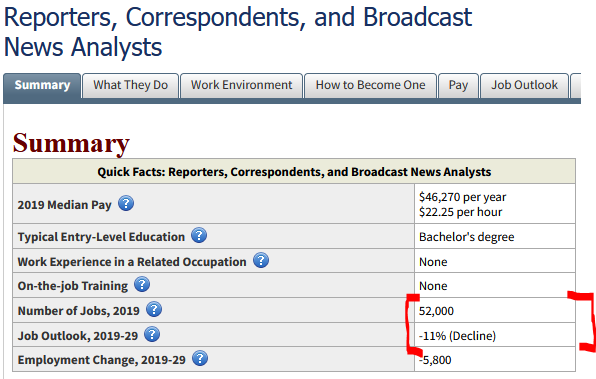 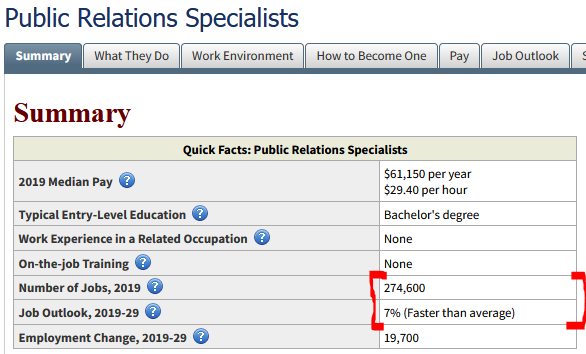 So that 52,000 group of Reporters, Correspondents, and Broadcast News Analysts is surrounded by an army of 274,600 Public Relations Specialists.

Food for thought, no?

This is an insane world, being run by insane people, for insane purposes - John Lennon

And out of that 52,000, I'd guess that less than 1% are actual journalist. The rest are talking heads reading and commenting on someone else's work.

I would love to see about 10,000 Carl Kolchaks running around the country.
edit on 18-1-2021 by VictorVonDoom because: (no reason given)

The public used to be way more skeptical or outright didn't care at all.

As history has shone journalists from the MSM owners, editors on down are subject to outside influences and with a horde of "public relations" hounding them, guess who's narrative we are fed daily. Not to mention the left-leaning media, to begin with, it's become self-perpetuating. 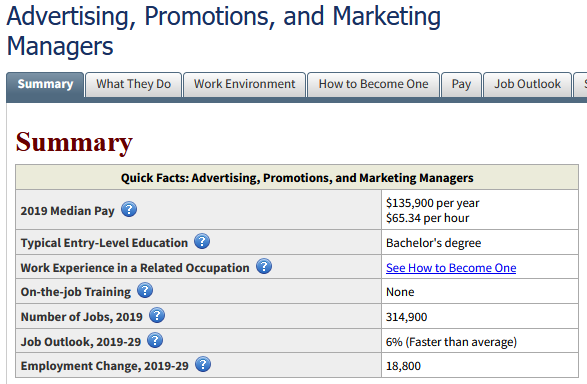 We are very much aware that we are being manipulated like characters in a video simulation game.

We know this. So who do we blame? Who can fix this?

We live in the world we create by our choices. II seems we chose to continue to be pawns, shifted around the board, while we participate interactively in our own demise. One big difference in this game is we only get one life.

I'm planning a complete e-diet very soon. Shutting it all down for some period of time, before I return.

If the Chinese invade, I'll know when they're standing on my front lawn. (Putting up the 'Keep Off The Grass' signs now.)

It's important to detox on occasion.

originally posted by: loam
So that 52,000 group of Reporters, Correspondents, and Broadcast News Analysts is surrounded by an army of 274,600 Public Relations Specialists.

Food for thought, no?


Start the tarring and feathering ... then we can watch those numbers self-correct ... and the food of choice: popcorn and hotdogs.

I am sure you have enough family, friends and neighbors that would let you know soon enough.

I have a neighbor that does not have a computer, and knows nothing about the internet. Her children bought her a phone so they could keep in contact with her, which she looks at twice a day and returns calls.

She said her son came to her house for lunch on January sixth, in a rage, because he was trying to contact her to let her know that the White House was under siege. He got even angrier when she very calmly and blandly told him, "Well that's not good." Then asked him what did he want for lunch.

She is the sweetest, calmest, most level headed person I have ever known. Her TV time is a couple times a week to watch the Hallmark channel. She barely knows how to turn on her cell phone, and has no computer. I think she has found the key.

Her grandchildren and her children have given up on her, but they still try to keep her up to date of what is going on in the virtual world, while she tries to keep them grounded in the real one. She is hilarious. I so love her.

Good luck by the way on the e-diet. I completely cut off all social media sites about seven years ago, I just hug around a few forums. I dumped all the other forums a couple years ago, and now I just post to ATS and one other forum.

My job requires sixteen to twenty four availability. I have to stay awake and ready. I don't like OTA TV, and I get bored after a while of streaming shows and movies, so ATS is my way of staying awake and alert. It is my coffee.

I tried audio books but they have a tendency to put me to sleep. I tried games, but they are way too addictive. So until my job changes or I quit, I guess I will hang around a bit longer.