posted on Jan, 18 2021 @ 07:52 AM
link
First the open door prison
Second now having 100's of thousands coming in by air and land
3 rd food shortages
4 th food will have to be given 1st to the refugees to keep them healthy
5 th passes to get into the grocery store
6 th prime shopping on Amazon gets first dabs at any food available to ship out
7 th carriers of food will have like an armed following its to its destination points... locations are FEMA and military bases and food warehouses guarded by the National Guard
8 th complete hunger will sent in with the wealthy once their maids empty the shelves of the wealthy's pantry ( may see this very shortly ) the wealthy will be too afraid to leave their gated compounds, food will be delivered by drones to such places ( expect them to be shot down )
9 th a cat has nine lives ( there are 9 Justices on the Supreme Court ) the death of the Supreme Court

politicians are in power for life

voting is all rigged ( for the most part of influential politicians )

I could swear you posted this before.

I don’t think it will be that easy for them, because there ARE quite a few awake Americans who won’t let America go down so easily. Living in OK for a few months has given me a LITTLE bit of hope that there are at least some people who don’t like what’s going on. In DC, where I’ve been for 22 years, it’s over. People there are a lost cause. If there are any folks there who see what’s going on, they do not speak up, because of the rabid, rabid anti-Trump/pro-globalism/pro-prison country robots all around them.

A lot of folks have seen this coming, and have been preparing. Some people have been gathering food and supplies for years. It may get ugly, and I don’t think that will be anytime soon, but when it does, there ARE a lot of people who will be ready.

Good thing I don't need to rely on stores and money to feed myself.


Maybe.
Or a true realist.
The latter would be my takeaway as a US citizen.
edit on 1/18/21 by Gothmog because: (no reason given)

You are joking, and we are laughing . Hard.

A majority of our military wouldn't turn against us. 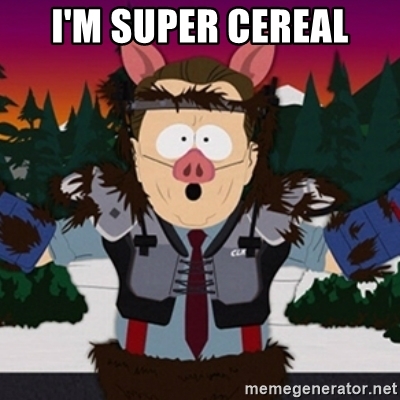 10th. It's almost spring... seeds are aplenty in the stores... catalogs shipping as we speak... victory garden time!!!

Victory gardens worked in both world wars, in both North American and European gardens, to supplement the crops grown commercially to feed our troops.

Even a four foot square plot can provide quite a bit of produce. If you don't have a garden/yard, lots of veggies and even dwarf fruit trees grow great in pots in a sunny porch or window. If you don't even have that, there are grow lights.

Or start a community garden in a park or empty lot. Even paved areas can become gardens with raised beds -- easily and fairly cheaply constructed. Honestly, the dirt will cost more than the beds!

You posted this the other day, i know because i replied to it.

I'll say what i said there, do yourself a favour and get off the internet for a while.

The other thread was binned, so why post again?

originally posted by: LSU2018
a reply to: musicismagic

A majority of our military wouldn't turn against us.

Take nothing for granted in Orwells and Huxley's bastard offspring called the new world.

No more “American Dream”?
I get that’s been gone for awhile now, except from the Mexican side, they still want in..but the more I type this out.....

Our government said at the beginning of this “plandemic”, plant victory gardens....that’s for more self sufficiency if needed, we’ve already had it stated to us that the government could take over a month to get to some people in times of disaster, because we’re too spread out in places...

This next year will be telling in the direction the world is going in.
There’s a caravan of Central Americans apparently on its way to America ...where are they going to end up? Camps? Tents? Hotels?

I followed trump till this point..... Then as the world marvels at his sneaky but necessary triumphs and the prosperous times he now promises/provides us all i now quietly ponder whether this man is really giving us the great deception?????

You posted this the other day, i know because i replied to it.

I'll say what i said there, do yourself a favour and get off the internet for a while.

The other thread was binned, so why post again?

I’m glad to see this post. I sat here for 2 minutes wondering if I had a mild stroke, if I had time travelled, if I was having dejavu, or if my phone was messing up. I replied in the other thread as well and if it was binned this one will surely follow shortly.

There was an article today about how Biden plans to use California as a model and wants to turn the entire nation into what California is today.

I guess he's aiming for San Francisco where there is a feces map of where to avoid human excrement on the streets. Or maybe Los Angeles where my relatives had homeless camp in their back yard and the police refused to move them in a firmly middle class neighborhood. Or maybe Disneyland that has been completely shut down and forbidden to operate putting over a thousand people out of work. Or maybe forbidding people from getting haircuts while the elite force salons to open just for them and the prosecute the owner for opening. Or taxes so high that massive numbers of people are fleeing the state and it is losing population.

Good things are not coming that is for sure and certain.

I just sat here for 10 minutes asking myself the same questions!! Was thinking I better cut back on the meds!!

this is not the first time nor the last the guard has been called out for some sort of riot situation, and they have fired on U.S. citizens, at least twice, and once that i can recall, active service members have been called out.

now will a leader call out active service troops to engage U.S. citizens as far as firing on them or rounding people up. that remains to be seen. i can see it happening but not in the fashion your implying.


just remembered a third time the guard fired on U.S. citizens.
edit on 18-1-2021 by hounddoghowlie because: (no reason given)