An up-armored military Humvee is about the most conspicuous vehicle one could take.

Not like you'll go around unnoticed until the cops stop you for something else.

I can't help but chuckle when I see these stories.

I hope it's just some pranksters and no one gets hurt, sincerely.

I doubt it, look at that thing, it will be deadlined right after it got off the flatbed. National Guard vehicles aren’t known for their reliability....members who have had the pleasure of convoying stateside will know exactly what I’m talking about.

It doesn’t look like it even have any weapons systems. Just a training vehicle. 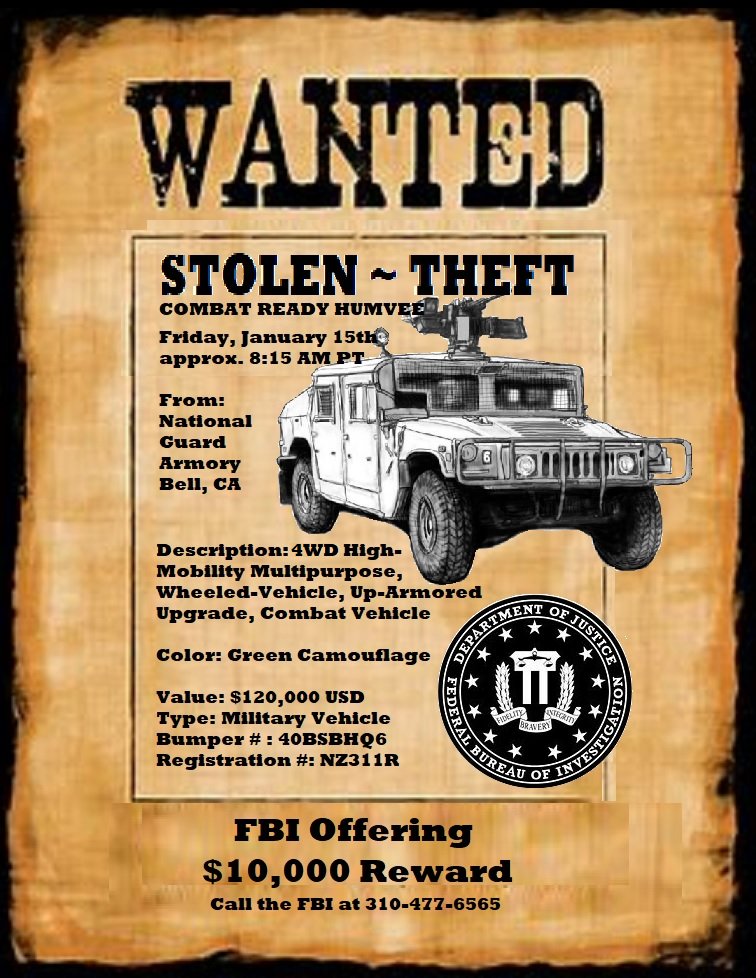 They do upgrades all the time. Depot maintenance is one of the main jobs in the military.

As far as it being stolen? Not exactly a shocker. Things go missing all the time. Rarely a full blown HMMWV, but still not unprecedented. As others have said, they do not need a key to start. If you know the right way, it's really easy to do. Also, up-armored or not, the average person would probably just internalize, "Oh, look. Army truck," if they saw it go by and quickly forget about it. Now, if it were armed, that might cause some more noteworthy reactions. That does not seem to be the case, however.

The article you linked also makes it sound like this is a huge base. It's not. Bigger than some depots, sure, but nothing crazy. Chances are, if you're in an urban or suburban community, you have at least one NG armory within twenty miles of you.

Let's take a look at this one though.

Here is the location of the Bell, CA, NG armory located within the city limits (red lines). It is located in the northeast section of the city, in a medium-heavy industrial area. Running along the northern fence line is a sing railroad track. The south is Rickenbacker Rd. 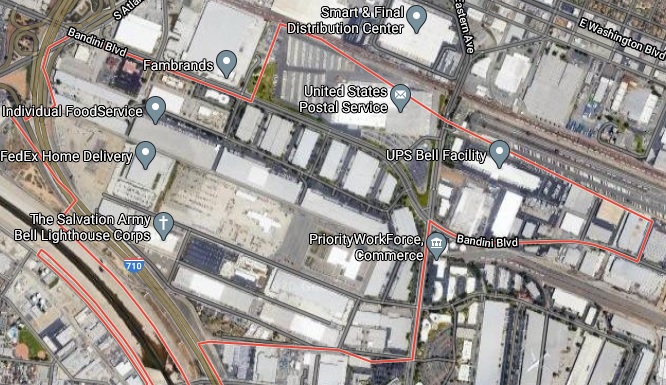 Here it is zoomed in a tad more. The motor pool is the lighter parking lot to the west. You can see trailers, HMMWVs, MRAPs, all kinds of goodies in there. There are no guard stations. There are no check points. 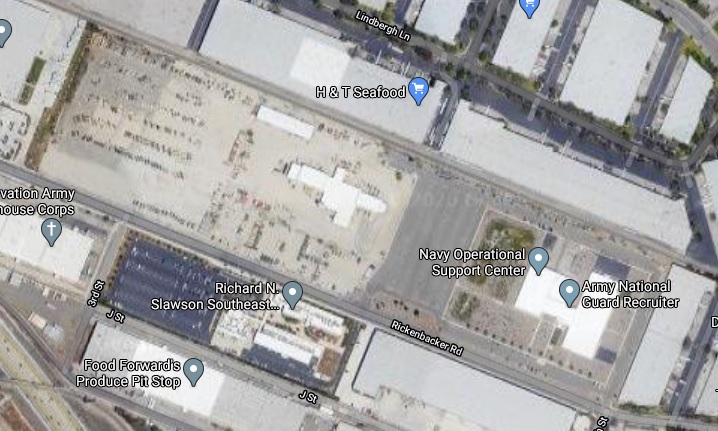 There are two gates that enter the facility off Rickenbacker Rd. This is a close up of the west gate, closest to the motorpool. Nothing crazy for security, as you can see. The eastern gate is similar. How often have you seen a swing arm or sliding fence gate stuck in the open position? 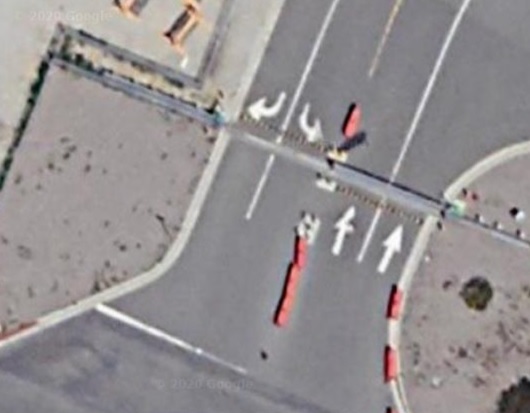 And here is the entrance gate from the main parking lot of the facility to the motorpool. As you can see, nary a security feature. 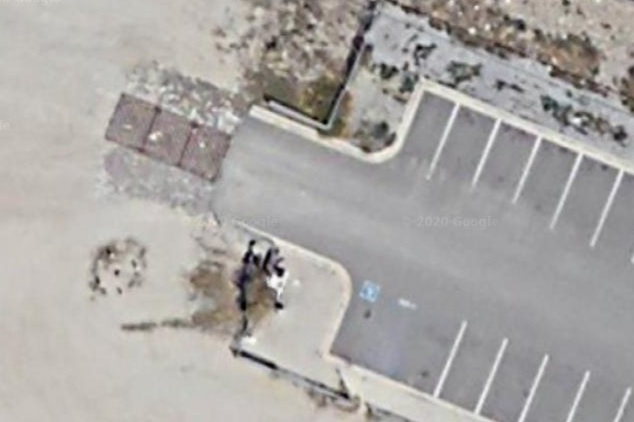 These lax and relatively non-existent security features should help you understand why this would be so easy to pull off. It may be worth noting that the fence line along the railroad tracks, about 1500 feet in length by the motorpool, would also provide an easy in- and egress point. I doubt there is much beyond CCTV overlooking that.

As far as the conspiracy aspect of it goes, it's a nice thought. Plenty of time for it to make its way to DC or state government from the time it was reported missing to Jan 20. However, especially in the case of DC, with the occupation there it wouldn't get far. They'd have been much better off taking an MRAP if that were the plan.