Another Strange Coincidence about a Capitol Police Officer

posted on Jan, 13 2021 @ 07:01 PM
link
What are the odds that one in the same police officer would be directly involved in 2 high profile and controversial incidents ?

Well we have an article that seems to confirm the same Officer being on the scene of 2 major incidents in recent years.

Apparently he is the officer that shot a protester on Jan 6 2021 at the Capitol riots.

AND, it looks like he was also involved in the incident from 2017 when a psycho shot up some Congressmen in that ball field that almost killed Congressman Steve Scalise !!

👁️Article is prejudice and probably speculative, but may contain interesting conspiracy theories👁️

On January 6th, unarmed 14-year high-ranking Air Force veteran and patriotic Trump supporter Ashli Babbitt was savagely gunned down by the US Capitol Police while peacefully protesting the illegitimate executive seizure of power by the Democrats through Manchurian candidate Joe Biden.

The ‘thin blue line’ violently shot the innocent veteran to death in cold blood at point blank range without any warning in the halls of the Capitol building. Make no mistake, this was a political assassination. Establishment Republicans like Matt Schlapp gleefully mocked her death after complicit commentators like Erick Erickson endorsed and ordered the public execution of Trump supporters.


Ashli Babbitt was savagely gunned down by the US Capitol Police while peacefully protesting the illegitimate executive seizure of power by the Democrats through Manchurian candidate Joe Biden.

Peaceful protesters don't destroy property and threated police. I learned this from conservatives on this website.

TKDRL
+12 more
posted on Jan, 13 2021 @ 07:12 PM
link
a reply to: grey580
Protests are peaceful if they only beat up and kill a few people, and burn only some of the place down. I learned that from the lefties on social medias.

😁what about the officer being involved in 2 high profile incidents ?😁

posted on Jan, 13 2021 @ 07:29 PM
link
Defund the poweeece if they were all social workers nothing bad would ever happen

originally posted by: Lysergic
Defund the poweeece if they were all social workers nothing bad would ever happen

Yowza. That is some bitter medicine there...

That's why I only listen to conservatives. I doen't laern duhmb thangs.

Meh, some people meet other people and are involved with lots of things. Look at the character Forest Gump. Or look at me for that matter.

If the internets are to be believed this officer had extremist, brown supremacist, postings on his social media and threats against American citizens.

Looked pretty real from what I saw.

I bet very few (if any) Democrats who were supposedly "Appalled and Angered" over the death of the Capitol Police officer last week, will attend his funeral.

Yep. You should see them in their trucks with american flags and trump flags flying down the street.

posted on Jan, 13 2021 @ 08:12 PM
link
a reply to: xuenchen
It's hard to say. My brother who unfortunately passed away pretty young from cancer last year worked for ICE. He was involved in something that happened in CA and it was publicized. He also received some accolades at the time from the U.S. AG. Then when he moved to Chicago he was the Supervisor that over saw an operation that was in the press.

There was nothing weird. He was good at his job and tended to do some bigger operations. He was still just a normal funny guy, who loved his family. Sometimes things happen like that for people.

Interesting. Next we will learn the guy is skull and bones and a 33rd degree mason...

Indeed how fast some tried to turn it into left v right from the very first response.

Does this guy have an allegiance to someone else? To look the other way at certain times? Odd coincidence that. Wonder if there are more?

I bet very few (if any) Democrats who were supposedly "Appalled and Angered" over the death of the Capitol Police officer last week, will attend his funeral.

If it weren't for double standards, modern Democrats would have none. 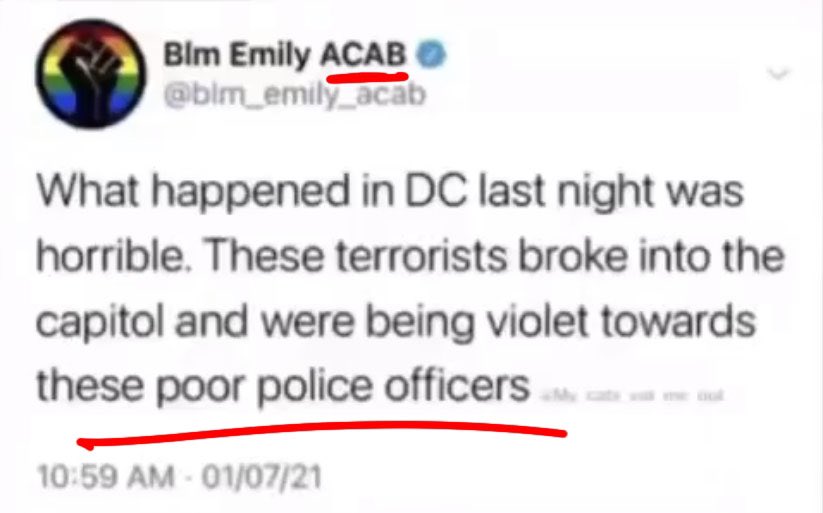