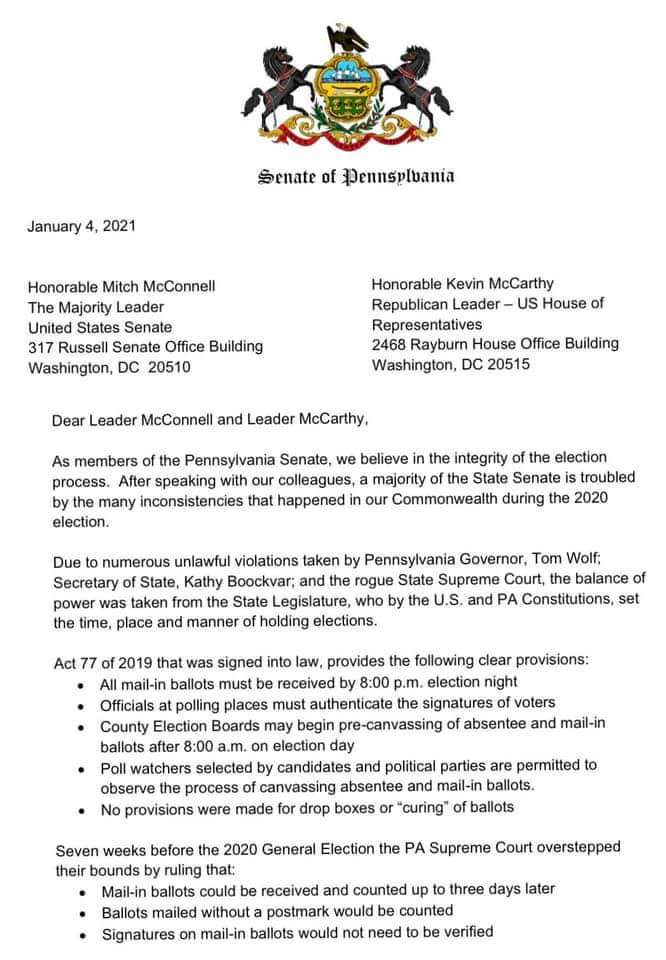 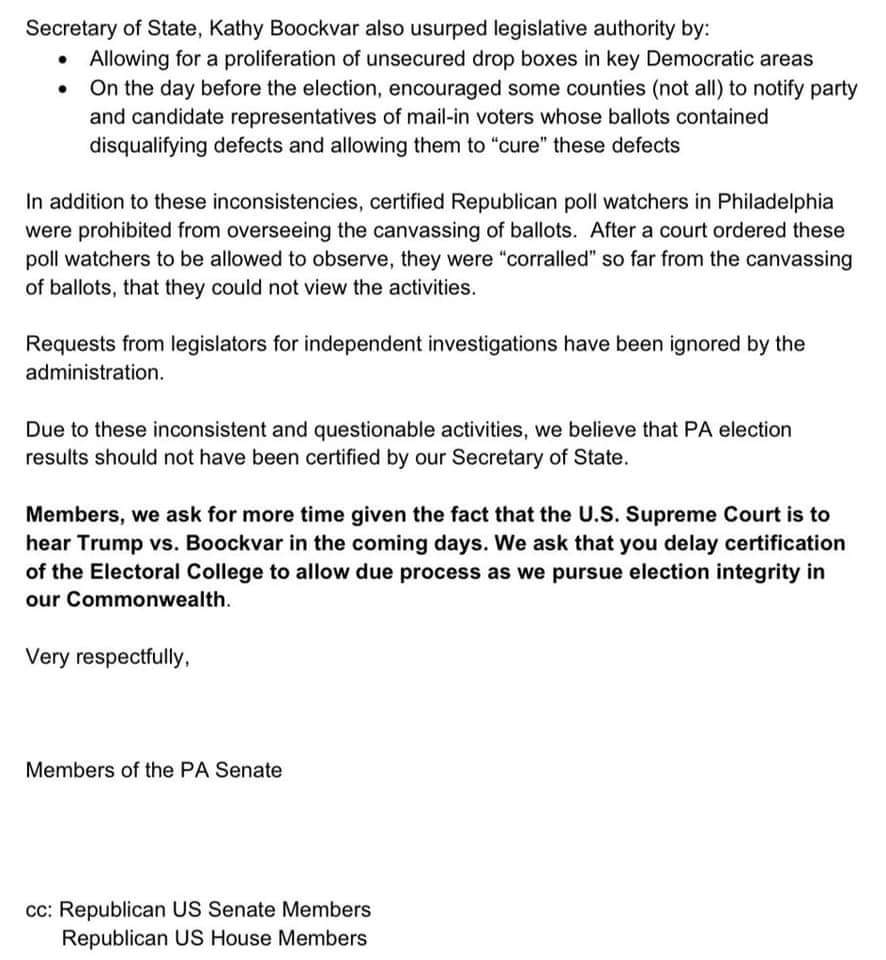 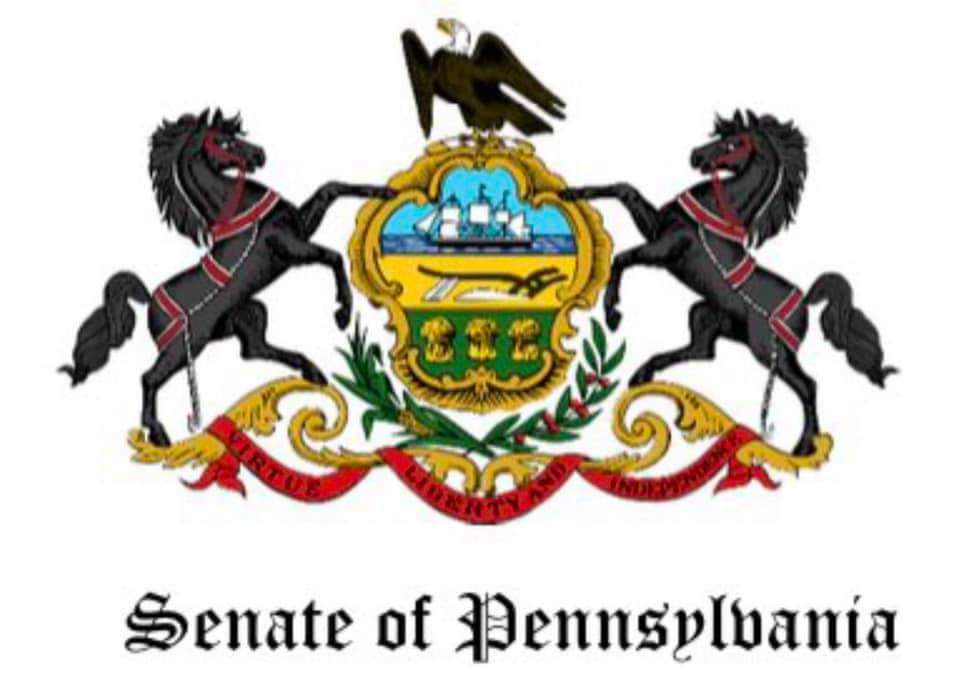 Whatever happens, let it be known that there are still a few good apples in politics.

ill put it clear as i can

When Trump saw that because of covid they where expanding mail in voting some idiot told trump it would be unconstitutional..so trump ad an idea...since the dems where taking covid more seriously than the rep he decide to claim that mail in voting was fraud so is follower would not used mail in at all... and then he went on a quest to sabotage the prosess

first with Dejoy by sabotaging the USPS...


“At the heart of DeJoy’s and the Postal Service’s actions is voter disenfranchisement,” U.S. District Judge Stanley Bastian wrote in his ruling, adding that the postmaster general’s changes “fly in the face of Congress’s intent to insulate the management of the Postal Service from partisan politics.”

But it dint stop there... Trump continue for month claiming a crime that did occur yet...
then
they make sure that in person voting where counted first

so he went to court to get the dem ballot rejected to claim the win. but the court refuse so he went back to plan B
witch is calling election fraud so for 2 month he went from conspiracy theory to conspiracy theory without proving any thing like every allegation of voter fraud ha made before

when he lost the popular vote in 2016

From the start of his bid for the White House in 2016 through his re-election bid in 2020, President Donald Trump has repeatedly made allegations of election fraud - whether in victory or defeat - producing no evidence at any point to back up his claims that Republicans and Democrats had cheated him at the ballot box.

he went 60 time i court in attempt to take dems vote away, but fail miserably by loosing 59 case out of the 60 he only won the right to watch the recount...

4 criminal laws that Trump may have violated in his Georgia election call
www.vox.com...

and the 6th to come... witch might lead to some people getting arrested...just a speculation

all the court case if you want to check you'll see before the election and after the election
apnews.com...


That's cute. And now back to the actual thread.

originally posted by: Bunch
a reply to: THeGreaTZoiD

The problem with that is that you cannot file a lawsuit without proving harm.

You cannot prove harm before it actually happened.

Democrats knew that so took advantage of that.

This drama hasn't played out by a long shot.

Lefties saying that "it's over" are celebrating prematurely and might just be hit by the worst hangover imaginable.

It's not over till it's over.

I don’t know, I keep seeing articles saying that lawsuit are dismissed to the Latches Doctrine, basically stating that they waited too long to file a lawsuit. So I’m thinking that if the Trump campaign clearly foresaw that mail voting was going to place them at a disadvantage due to potential fraud... why they waited to file lawsuits? They should had file them right there and then as soon as states started rolling out these changes.

Oh yes people will be getting arrested soon, just not the names you expect or hope for.


Be a dear and post up a link of Biden's inauguration.

You lost me right after you stated you would put it is as clear as you can.

Then proceeded to not do that

He lost me even sooner:
"a few a still engage i sedition"

He made a big post that he expected people to read. The least he can do is put in the effort to make it readable.

He lost me even sooner:
"a few a still engage i sedition"

He made a big post that he expected people to read. The least he can do is put in the effort to make it readable.


Fair enough. I’m with ya. But I wanted to see where it went from there....

That was simple english.

I understood it, even if a bit broken.

Perhaps you need to work on comprehension skills?

That was simple english.

I understood it, even if a bit broken.

Perhaps you need to work on comprehension skills?

Seems to be an occurring pattern.

You support the leftist ideology , even if it's "a little bit broken".

Unlike Trump who declared victory before the counts finished.

No wait...he cried foul before the game started...

Still waiting on the Kraken...unless we missed it already

originally posted by: 19Bones79
a reply to: sunkuong

Seems to be an occurring pattern.

You support the leftist ideology , even if it's "a little bit broken".

Nope. Do you support the right ideology? Even if not quite white? I mean...right