This makes no logical sense, somebody fixed this for Biden.

Perhaps the people realized that they'd rather have an administrator doing administration, rather than a showman doing a show?

Don't come crying to us for help when the jackboots
are stomping on your neck!

It's not over until the fat lady sings and I haven't
even cleared my throat yet!

A "pandemic" which was planned and executed to take
out Trump because orange man bad.

No,she can't rationally explain that to you because it
would force her to accept the truth she is blind to.

They didn't ralley en masse for Biden because they didn't need to have enthusiasm for him or even like him that much. They wanted a warm living body that wasn't Trump and that's what they got.


A puppet on a string,but who holds that string?

posted on Dec, 22 2020 @ 04:34 PM
link
So people disliked Trump more than they liked Obama... no surprise there. The left saw through Obama and the fact that he was merely another center-right dem pretty quickly.

Y'all really need to get out of the echo chamber more. Reality is eluding you due to this little safe space (and the constantly linked far-right emotional news outlets). For the millionth time, people voted for Biden because they don't want Trump. Not because they think Biden is some stellar candidate. They would have voted for a cardboard box over the America-destroying dumpster-fire that is Trump.

Refocus y'all. The right has a lot of soul-searching to do after completely selling out (& idol worshipping) to an elite corporatist scumbag. Better to get on that sooner than later.

America destroying dumpster fire that is Trump? I think
Trump being in office is what has kept the NWO under
control these past 4 years.If Biden is sworn in as president,
I believe we could be under attack shortly after.
You are right that the Trump haters would have voted for
a cardboard box first which says a lot about their choice.

originally posted by: Blue_Jay33
This is a Joke 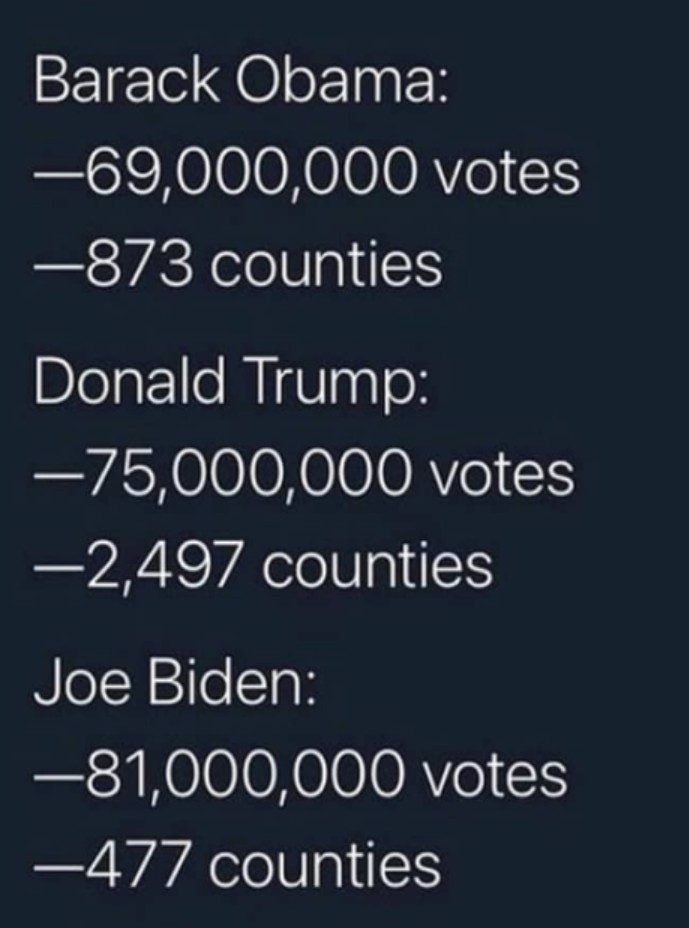 It's so obvious just load up a few key counties in swing states with bogus mail in ballots and let Dominion do it's thing in other area's and boom win by losing almost all the counties in America and get the most votes ever. What a sham and a disgrace. I hope Pence and the Senate stop this madness on January 6, 2021.

I don't think you have thunk this out quite fully?

What part of America has Trump destroyed?
Oh I get it....just more Leftist delusions.
Hang on to your ass when Biden gets in, he has been clueless for 47 years in office.
You can’t teach an old piece of sh!t new tricks.

originally posted by: PurpleFox
a reply to: Byrd
You protested the man that put more woman on his staff than anyone else?

Congrats for your ignorance.

*ahem* In 2017 he had been in office for one day. The impetus for the protest march started the previous November. He hadn't appointed anyone and was slow to fill a lot of the positions.

Secondly, I don't vote for a person based on their possible future count of women and minorities in their cabinets. Number of women/minorities in advisory positions says nothing about whether they can get bills through Congress and get Congress to act in a bipartisan manner instead of favoring a single party.

Thirdly, I don't vote for people who stiff their contractors and people who work for them. Anyone who disregards their own workers like that doesn't have my respect.

I also don't vote for people based on crowd size.

He could have filled every single appointed position with women and minorities and I still wouldn't vote for him. If he tries running for office again, I'll vote against him then, too.

You made it your avatar, wow.

The number of counties is irrelevant. I'm not going to bother listing others. No one wants to hear truth.


How many of those 10 million are eligible voters?

Just quoting a number is irrelevent when talking about something like voting at least get your argument some what right.

Give it a rest. It's a number from a census count. The point is that some counties are densely populated and many many more are sparsely populated. Trump is strong in rural areas so these numbers posted make sense - meaningless as they are.

If not you kind destroy any credibility you have with the statement.

The point is that if only a handful of counties are going to determine election outcomes, there is no point in campaigning anywhere else.

This is why the electoral college is setup the way it is....

The problem now though is if you can win the electoral college just by focusing on say LA to win all of CA you have a similar issue with a large portion of the populace that doesn't live in urban areas being disenfranchised.


This is actually blatant voter fraud at work manipulating the Electoral College results.

Actually, the courts, the DOJ and the US Intel community disagree with you. There is no evidence of widespread voter fraud. What you're seeing is the rare occuence of the Electoral College actually working as representative of the will of voters' popular vote.

The dEmocrats would never win the presidency


originally posted by: PurpleFox
a reply to: Sookiechacha
It is statistically impossible to receive that many LEGAL votes from that few counties.

The only statistics Liberals care about are how many feelz get hurt. 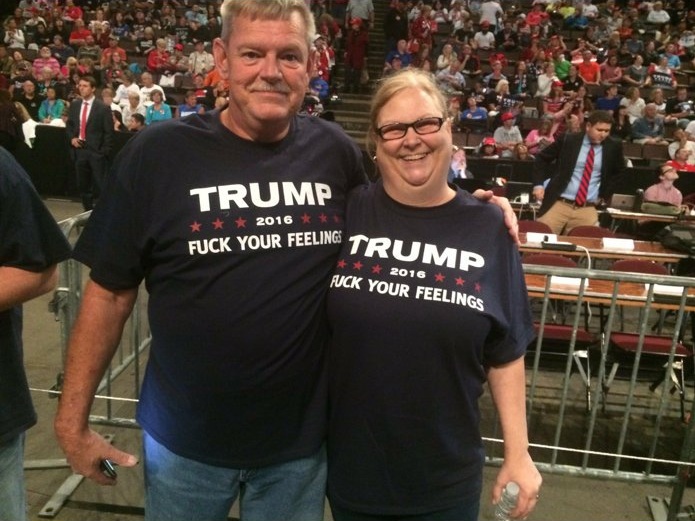 They showed up at the elections, didn't they?
That's all that matters.
I don't many of you understand that this was not about getting Biden in as much it was to get rid of Trump.
I mean, a radiator could have run and would still get so many votes.