2023 begins a special time period of worldwide suffering, that appears to be proceeded by the dollar becoming worthless overnight. All other currencies that are pegged to the dollar will fall too. There will be war!


There is a prophecy that was recently discovered. It gives a timeline on Earth, and tells the plan from start to finish.
This prophecy is located in the old scripture, and guess where? Genesis. And guess where it is located in Genesis? How about in the first word. Now that takes the cake! Who can do that besides God? Old Hebrew is an amazing language complete with pictograms.

In that first word, God lays out the complete story. His plan from long before he layed the foundation for the Universe, and before he made Angelic beings(Sons of God).

It tells the story in that one word, how the Son of the Most High was in his home, his tent. It tells how he came out of his tent in obedience, at the appointed time and went to the place marked on Earth with Gods own signature. He was crushed and destroyed, at the Fathers direction, to pay the price of sin.

Remember I said God lays out the entire story? That includes timelines. When Earth was created, When Adam fell (Amazing insight), when Christ arrived, When Christ died on the cross, and even that the cross would be the symbol (imagine that). All in the first word. Even the second coming of Christ. The only thing missing is the Rapture. Thats intentional. We are not allowed to know that part.

Where am I going with this? 2020 is a bad year? You aint seen nuthin yet! What made 2020 bad, is man made. Covid is one facet of the plan to bring about a one world government. The Devil is in the details

2030 marks Christs arrival at the end of the tribulation (Jacobs troubles). It states elsewhere that if he didnt shorten the days, there would be no flesh left. Thats nuclear war

What do you mean? Why would a draft be reinstated? And are you saying young people are more inclined to protest against war? 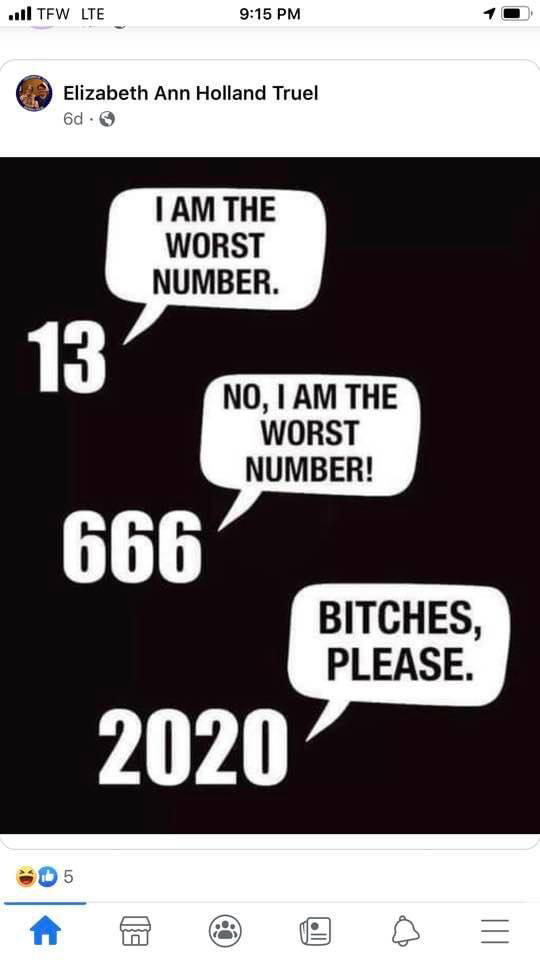 originally posted by: blueman12
a reply to: Vasa Croe

What do you mean? Why would a draft be reinstated? And are you saying young people are more inclined to protest against war?

I am saying when you make a country weak enough to attack....it will get attacked. And I am saying young people are way less inclined to fight for anything these days....and by fight, I don't mean protest and dye your hair pink.

What do you think is coming?

2021 will probably be worse.
People think this year is bad.
I remember the 1970's and they sucked.

I agree. As bad as this year is, I think folks are going to miss 2020 when compared to what's coming. I hope I'm wrong.

I look at 70's photos quite often and it looked so scummy, lol. The cities were just wrecked with shady looking individuals and litter everywhere. Actually, not much as changed really. 🤷🏾‍♂️

Just wait until the draft is reinstated and watch how few of the voting age range within that draft decides they aren't going to fight....will be even funnier because who will be included in it this time.

To be fair, do you trust our government, as it stands right now, to line up and die for them?

Well let me see, they are going to give us a whole $600! Woop! They could easily have given every family a million each to ride the storm and still had less waste! Something sick happening! 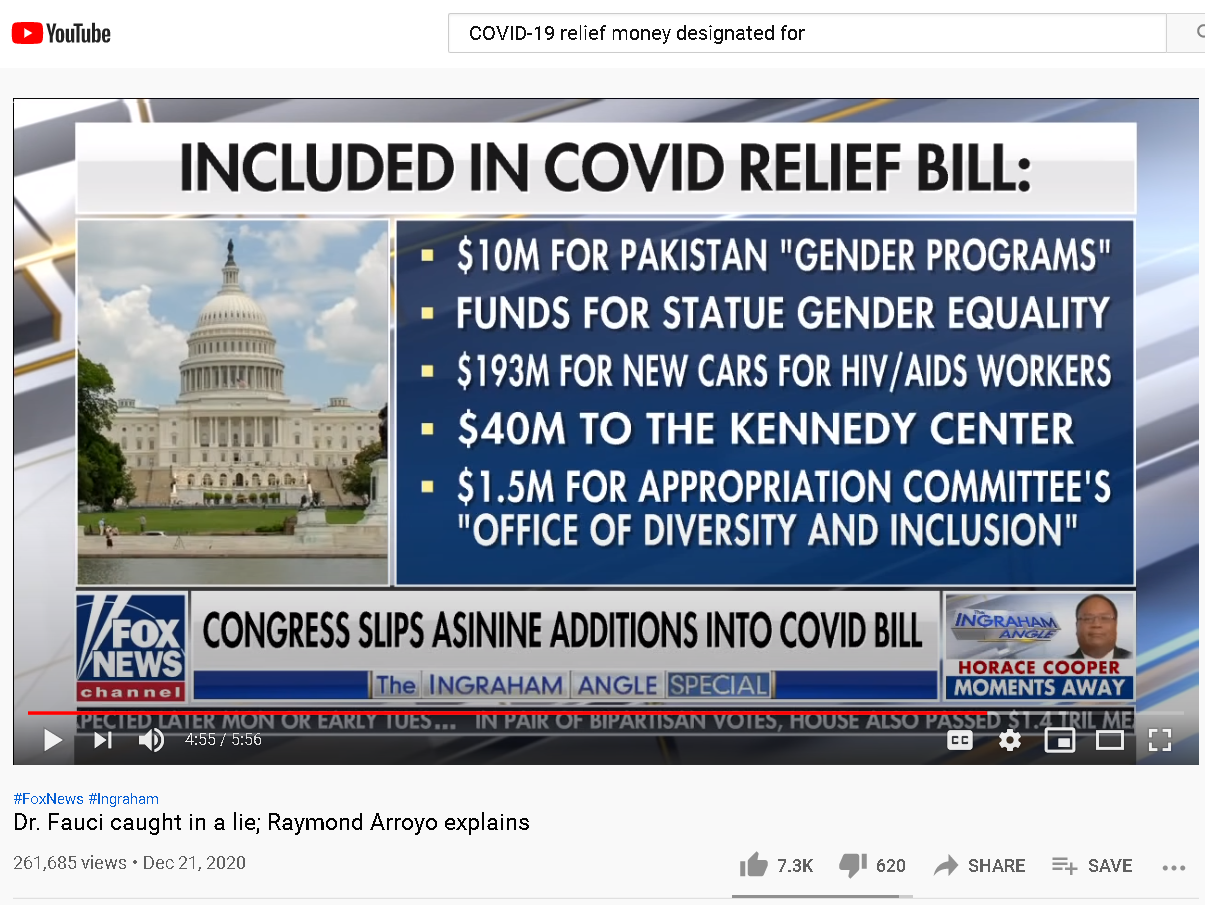 Those of with actual asthma are pretty ticked at him about that one. I try to keep my lungs in as good a shape as possible, so many steroids over the years. ER visits, trying new things out, knowing that my 63 year old father who had 1/3 of his right lung removed due to cancer still breathes better than I do. Yeah it sucks, because some of us wanted to join up in some capacity or another, and couldn't. Heck I can't even SCUBA dive, which really sucks.

In 2021 the swelling will start and the medical bills become due.

The fight isn’t over buckle up!!

originally posted by: NorthOfStuff
I believe that 2020 was just the first punch.

In 2021 the swelling will start and the medical bills become due.

The fight isn’t over buckle up!!

Yep, and it's bad enough already. We are sunk!

I have this suspicion that New Years is going to have a predictable mentality about it.

This year sucks, fxck 2020, worst year ever, next year has to be better than this.

That outlook is plain boring, bad things don't stop just because you flip over to a new calendar, actually coming around to the idea that bad things don't even happen at all, it's all in how we percieve.

Been reading articles on this area of psychology and some neat stuff like declinism, nostalgia bias, displacement effect and cultivation theory presents itself.

Just some ideas to hold in the back of your head in case we go to a new years party.

What do you think is coming?

1. No matter how this election turns out, America is one flick of a match away from some type of civil conflict. Be it with the citizenry, the government or a mixture of both, something has got to give and I'm not too sure it can be reeled in at this point.

With that being said, the grip of the government over the people in response will be more than what most folks will tolerate further exacerbating an already well lit fire.

2. I think next year's tax season is going bury a lot of people, and/or the economy is going to noticeably slide into unrecoverable territory. Moratoriums are going to have to end at some point, or be extended indefinitely. Both scenarios result in the same outcomes regardless.
You can only kick the can so far down the road before you inevitably run out of road. We're just about there now.
Reopening the economy is a good start, but it's not an instant fix by no means. We have a long process ahead and that's not going to be painless either, especially if we keep putting it off.

3. I believe this "plandemic" is the new "war on terror"; the next excuse being used to fundamentally reshape society, and so I'd expect this to drag on for quite some time. Just look at what the Patriot Act and the NDAA has done and is continually doing to our freedoms and liberty. Then look at what's being rolled out now. The power grab is far from over.

3. Looking back before this Covid reality was introduced into our lives, by all indications, the system was tanking hard and those responsible were starting to be brought out into the light.

In order to deflect from being pinpointed as the culprits, the masters of manipulation dumped the blame on something that didn't have to defend itself, nor could it be dragged into court, or into the street for that matter, to receive the justice it so richly deserved. No, "this was bound to happen", and in short order, we had become unwitting accomplices because as you know now, "we're in this together".

At the current pace at which people are waking up to this charade, eventually the jig will be up and that's usually when some type of massive incident or tragedy occurs that sends everything into yet another tangent to deflect from the last deflection!

2020 was just the "gestation" phase, if you will. Eventually next year and beyond, everything is going to "hatch" and we're going to be surrounded by socioeconomic "golems and abominations" that must be reckoned with.

If by current administration you mean the one that leaves in January, don't you think that would be a big ask seeing as the current president dodged the draft?

Well so did Biden, Bush AND Clinton... Obama would have too if he was in that age group...lol and everyone else in that age group that had some pull one way or another to get out of a real sh!tshow... The interesting part is I find Kerry's military event more distasteful overall. This is from a guy who spent close to 30 years in the military.