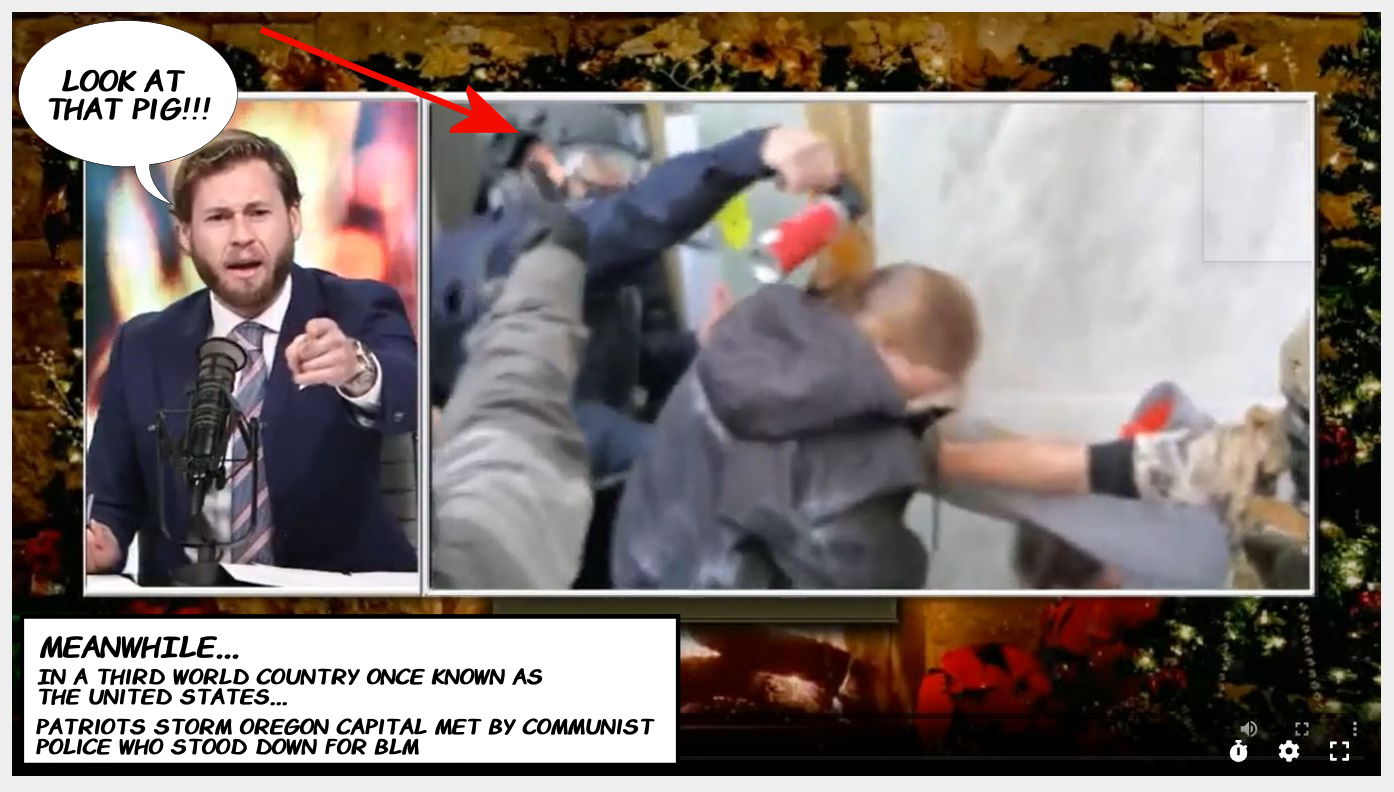 To be clear I support retaliation against anyone who swore an oath to the Constitution of America and then directly violates it by becoming an enemy to freedom, liberty, and individual enumerated Rights. The Tree of Liberty must often be fertilized with the blood of patriots and tyrants and, frankly, we've seen tyranny in 2020 in the name of such issues as Coronavirus, antiracism, and fear and it is time for it to either stop or be stopped.


originally posted by: Mandroid7
... and kill some Americans wanting the fake pandemic bs to stop.


If I had to make a bet, I'd put my money on the fabric of sanity tearing over the plannedemic ... before Biden stealing the election.

I sure hope not..you can see them trying to push it though.
The guilty left are drilling holes in the boat before they have to walk the plank with hands tied, hoping they can swim away in the chaos.

originally posted by: frogs453
a reply to: TKDRL

I wasn't saying it is right or wrong. Oddly though it will be interesting to hear if the viewpoint of people who claimed previously that anyone retaliating against the police should be killed will now change their stance since it's an issue they now support.


The argument regarding the summer protests was whether or not enforcement of laws based upon the common law code (don't steal, don't assault, don't murder, etc) as well as police acting with force in the event that someone feeling special decides to fight against enforcement of those common laws was acceptable. Very few of those interactions between cops and convicts involved Constitutional Rights. (That was part of the problem and why we had snot nosed asshats calling for the rewriting of the Constitution in the middle of those protests). These lockdowns, however, are UNCONSTITUTIONAL. We've listened to #forbrains claim for the past 10 months that it didn't matter because "We're saving people and so the Constitution doesn't take precedence over people's lives BOO HOO FREAKITY HOO BOO WHAA WHAA WHAA I'M SO EFFING SCARED PEOPLE AREN"T WEARING THEIR LITTLE MASKS AND ARE CONDUCTING BUSINESS WHILE I'M OVER HERE SCARED, YOU GUYYYYYSSSSSS!!!"

SHUT THE EFF UP already! Nothing in the Constituion gives the government the right to screw the nation's small business owners and, if we reach the point where it is decided that they do have that right, it is time to douse that government in gasoline, light the bitch up, and rebuild to something that actually specifies anyone trying that crap gets their gonads pulled out of their nostrils on national TV.

posted on Dec, 21 2020 @ 08:00 PM
link
For the record, I saw ZERO interactions with the police on the live stream.
There was a lot of back and forth dialogue between a cop and and a protester at one point.
The cop was saying we will not stop you from exercising your right to protest, we just need to keep it peaceful.
It was like that Fear and loathing scene where he met the dude in the jeep.
ended with an awkward ""yeah"..."yeah" and they all walked away.
Screw the news....backing destruction of entire cities.
A lone guy broke glass on a door.

originally posted by: CraftyArrow
eventually these protesters will shutdown the police too... oh wait, is that allowed with patriots?

I don't think "patriots" are as well funded as BLM and Antifa by the CCP Party, if ya know what I'm saying. No brick pallets for those pesky Patriots!

posted on Dec, 22 2020 @ 11:07 AM
link
Just like BLM and Antifa. The Cops can't fire at Patriots either. Patriots have more guns also. They would likely get locked up themselves. They sprayed them with bear spray which only pissed them off.

(post by Bearmonger removed for political trolling and baiting)
Bearmonger

posted on Dec, 24 2020 @ 04:14 AM
link
my post was removed, ironically, by some dude named "donttreadonme" in which I correctly pointed out that these so-called patriots are cucks who obeyed police orders to leave (a public hearing in which they were entitled to be no less) and this mindset of blind obedience and subservience to authority is why the right will always lose and the regime will always win.

the foot soldiers of rhe regime openly commit numerous felonies and destruction of city property. They even annex parts of cities and use violence and terrorism to intimidate officials into compliance.

the right meanwhile worships police who support this regime and are the primary executors of state tyranny on them.


the irony of course is this dudes name "dont tread on me" yet he is quite happy to be tread on by the government, and to tread on others for their political expression because it makes him uncomfortable and called out. He labeled my post "baiting or trolling." Sorry bud you dont get to gate keep ideas. Just because you deleted my post doesnt mean my ideas have vanished. As a matter of fact every day more and more people are becoming fed up with your do-nothing attitude and intentional gate keeping.

If you are too much of a coward to speak truth, dont get in the way of others who do.
edit on 24-12-2020 by Bearmonger because: (no reason given)

posted on Dec, 24 2020 @ 12:58 PM
link
Why do these anti American hicks turn up armed, like they're actually going to do anything with their little rifles?

originally posted by: fencesitter85
Why do these anti American hicks turn up armed, like they're actually going to do anything with their little rifles?

Might as well ask him when he stopped beating his wife.

I too adore what is reported. Its called "civil disobedience". We just lived through a summer of it.