The Great Conjunction, The New Age & The Second Coming

I've prepared a thread about the conjunction between Jupiter and Saturn, the year 2012 and the connection between the two. 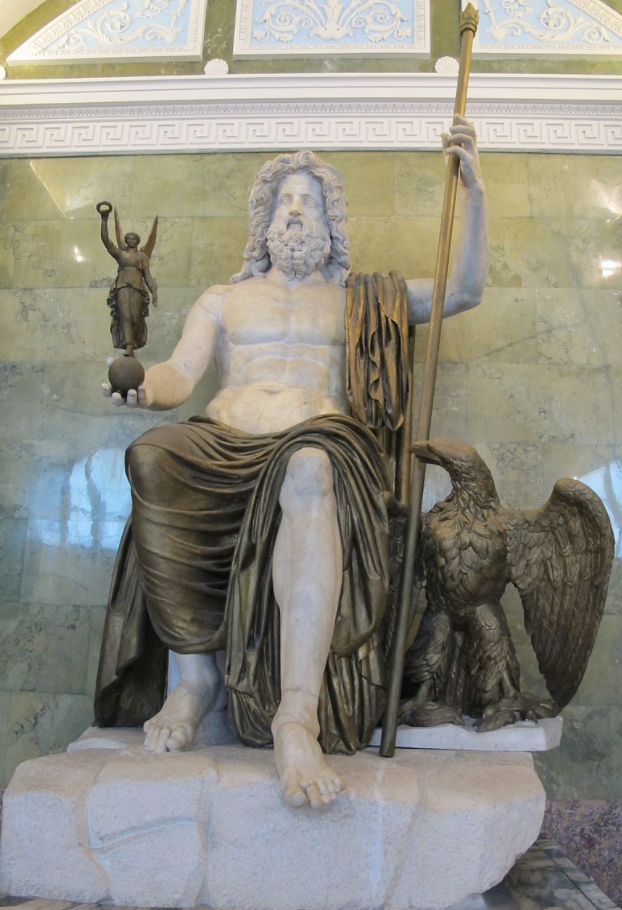 in a rare event that has a biblical meaning!

So, Steven Hawking criticized the 2012 conspiracy and said the date was wrong because the Mayans double counted bank holidays, 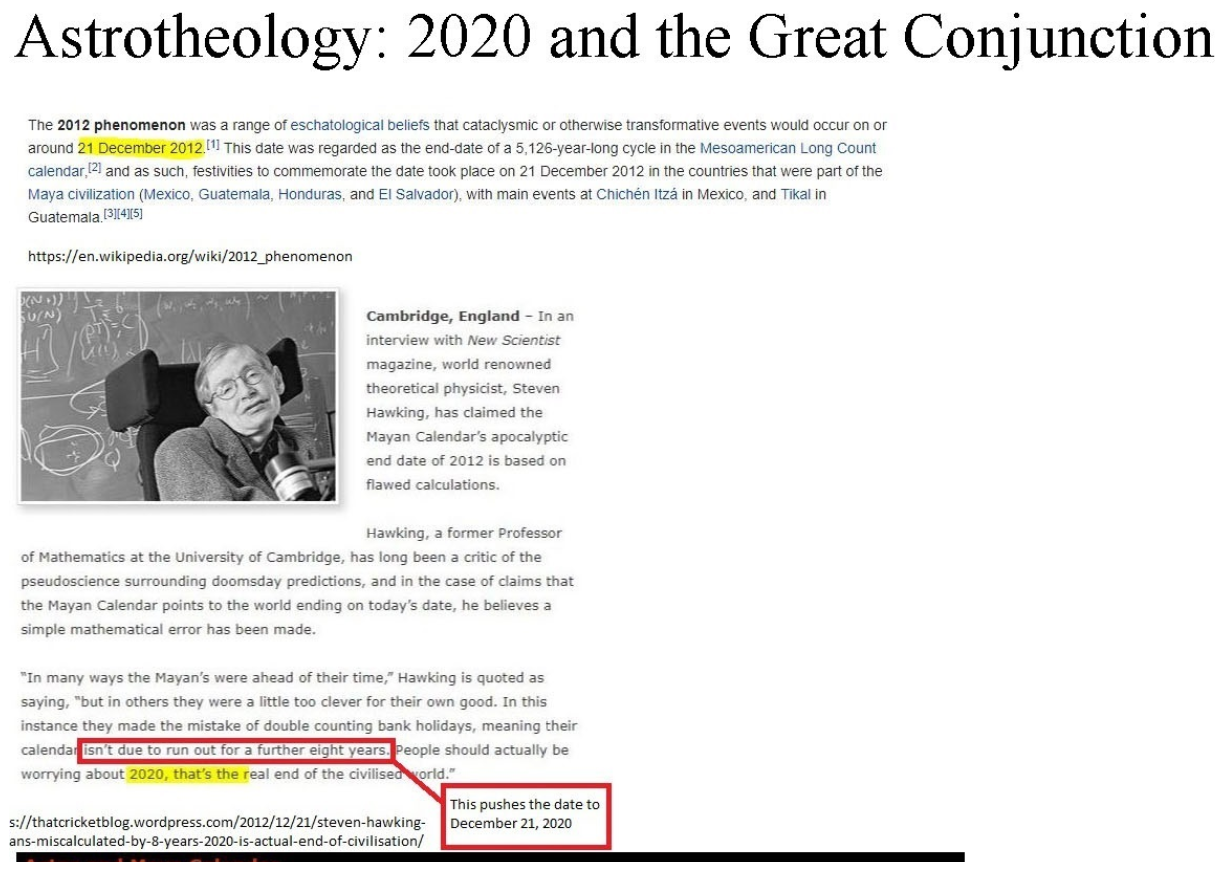 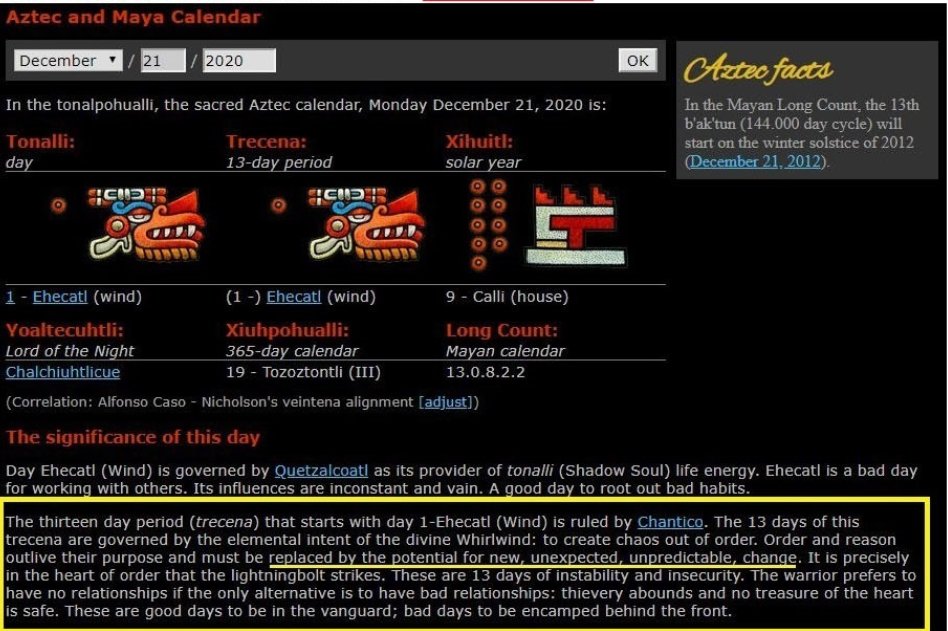 Like I've said, it's a rare event and an encounter between a good entity and a bad one. 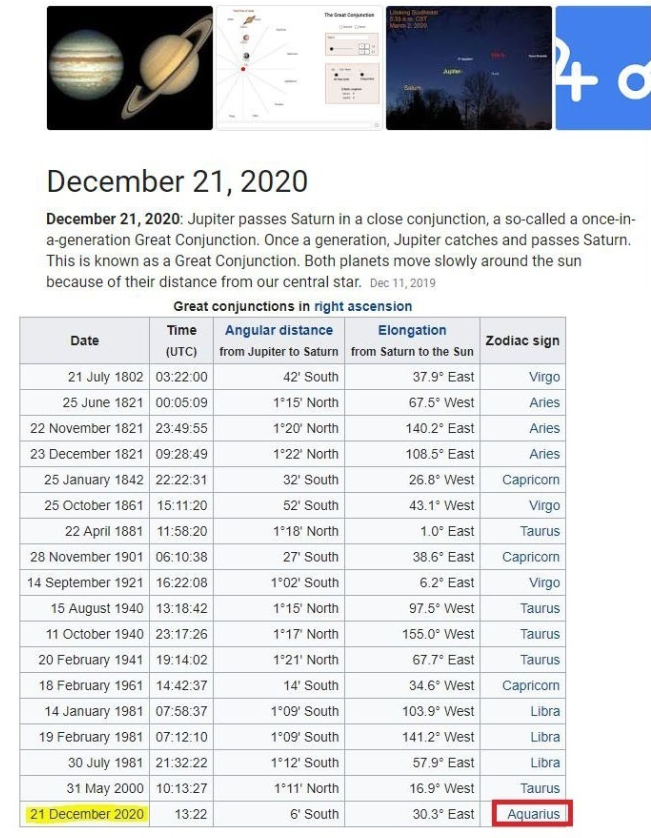 But a lot of significant things happened during conjunctions throughout history: deaths and even the Pilgrims landed on that exact date in 1620 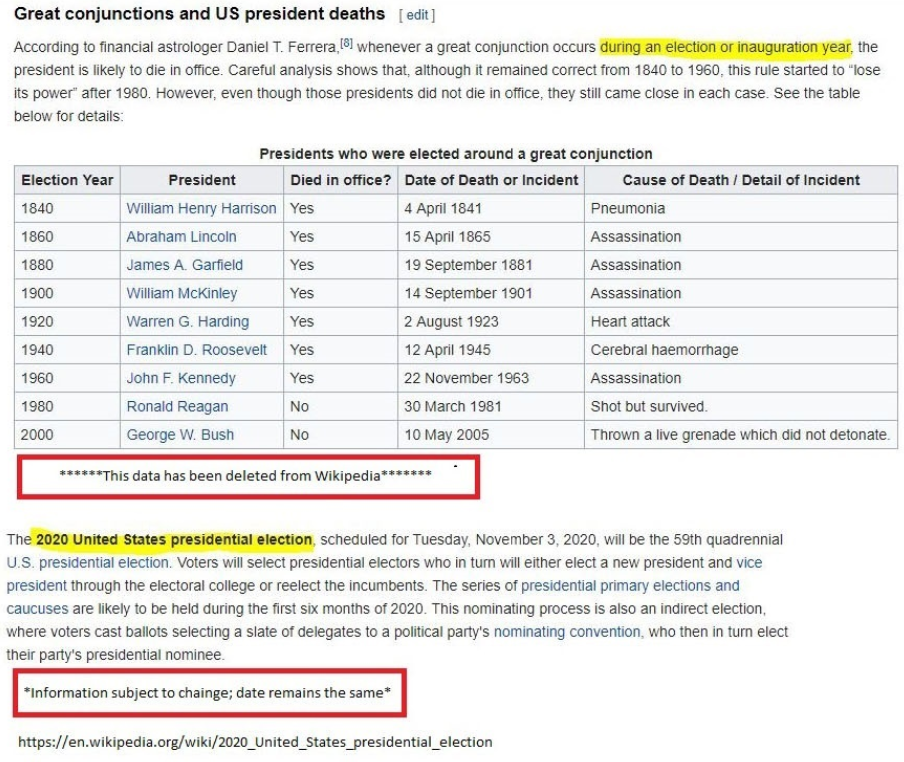 it's also the date of the December solstice.

Let's go back to Saturn/Satan/Cronos and the ancient times. During those times, Saturn was worshiped in Rome (land of Saturn) in December. 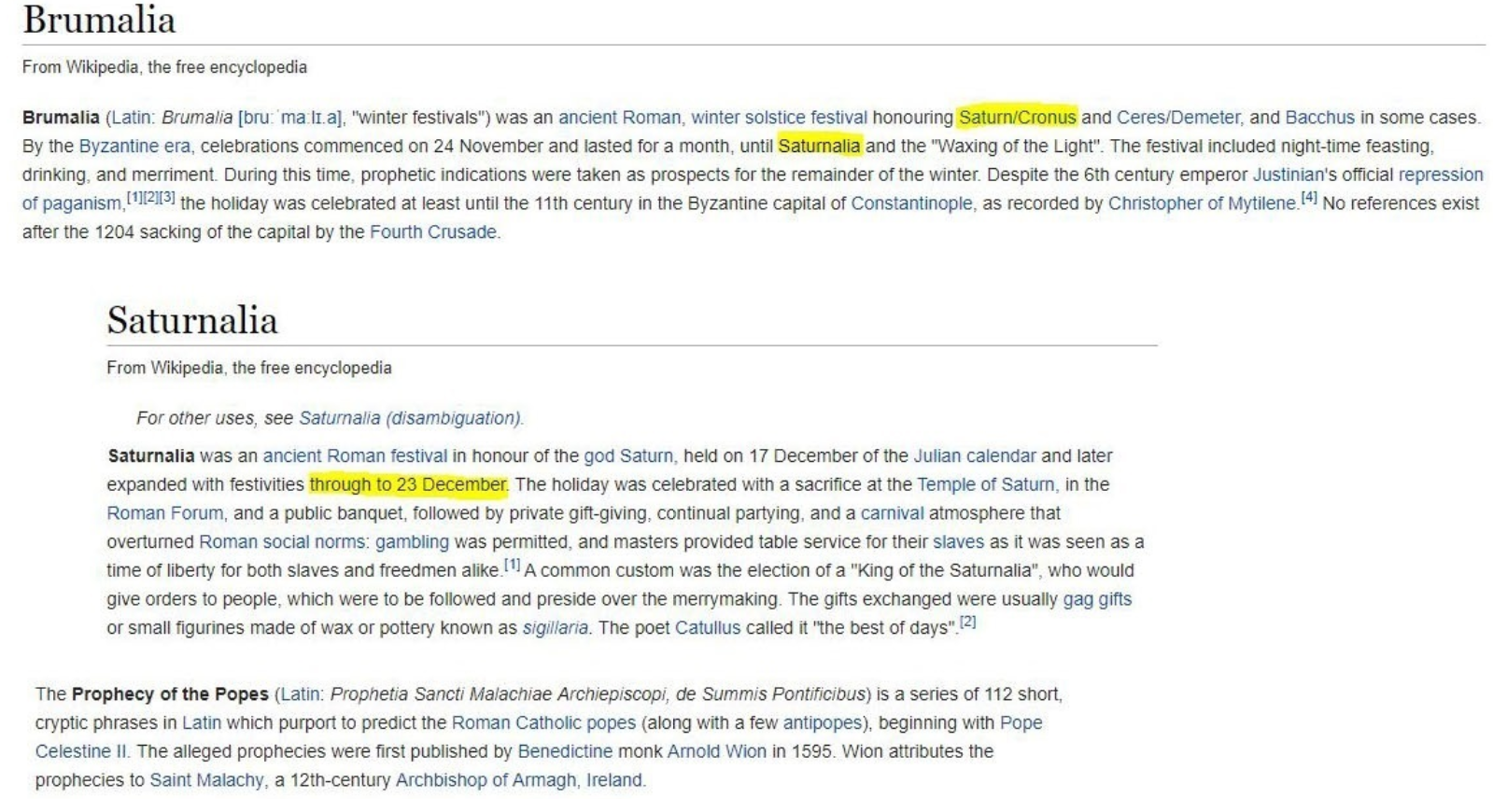 But Jesus was also born during a Jupiter-Saturn conjunction. 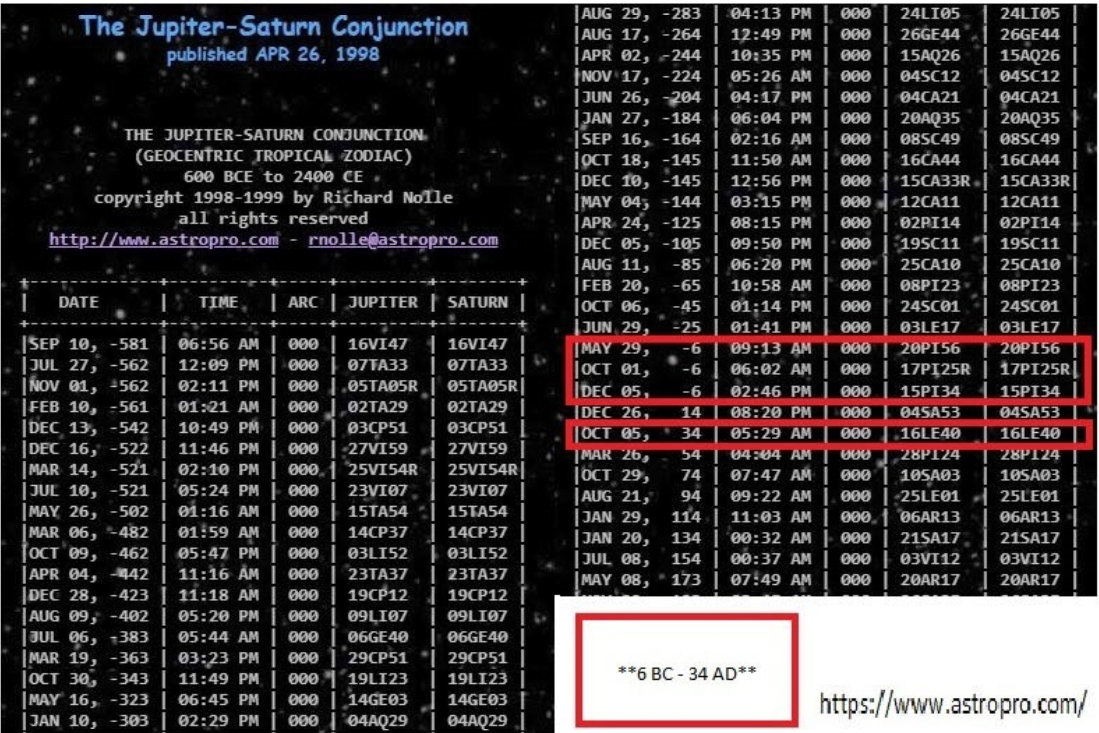 And before that, the Star of Bethlehem or the Christmas Star appeared, to spread the news about the birth of Jesus and fulfill the prophecy. 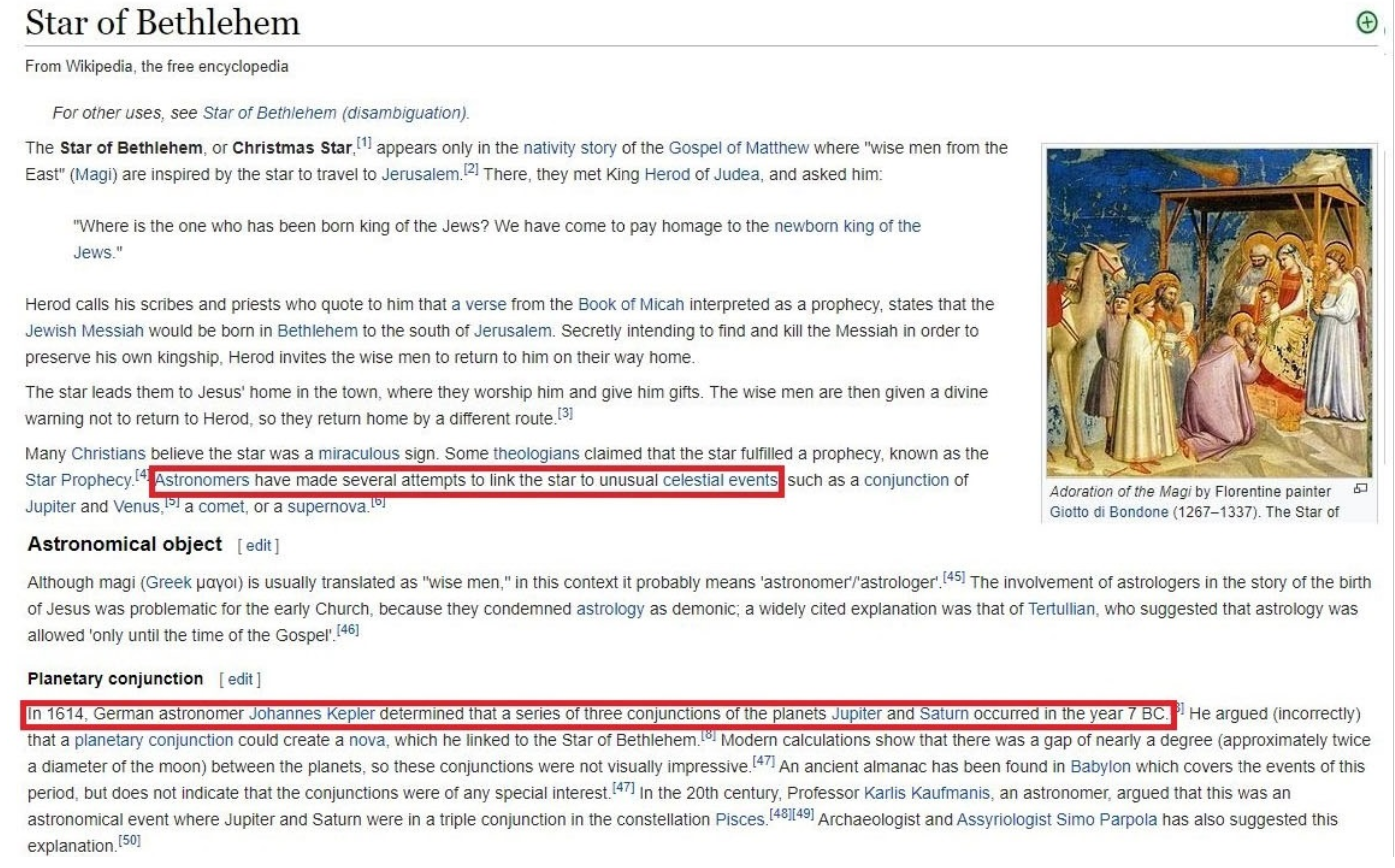 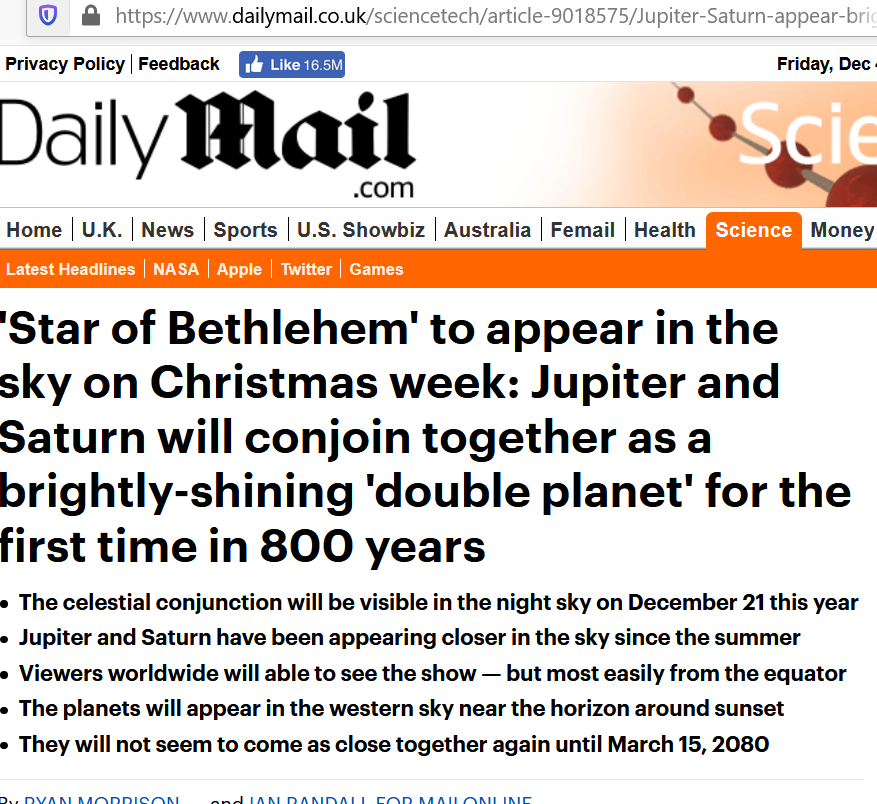 And Cronos got imprisoned by Zeus and sent to Tartarus (underground)

which will happen again, as Jupiter catches and throws Saturn and the age we're in (a dark one) will be over.

Another view suggests that the rise of scientific rationalism, combined with the fall of religious influence, the increasing focus on human rights since the 1780s, the exponential growth of technology, plus the advent of flight and space travel, are evidence of the dawning of the Age of Aquarius. 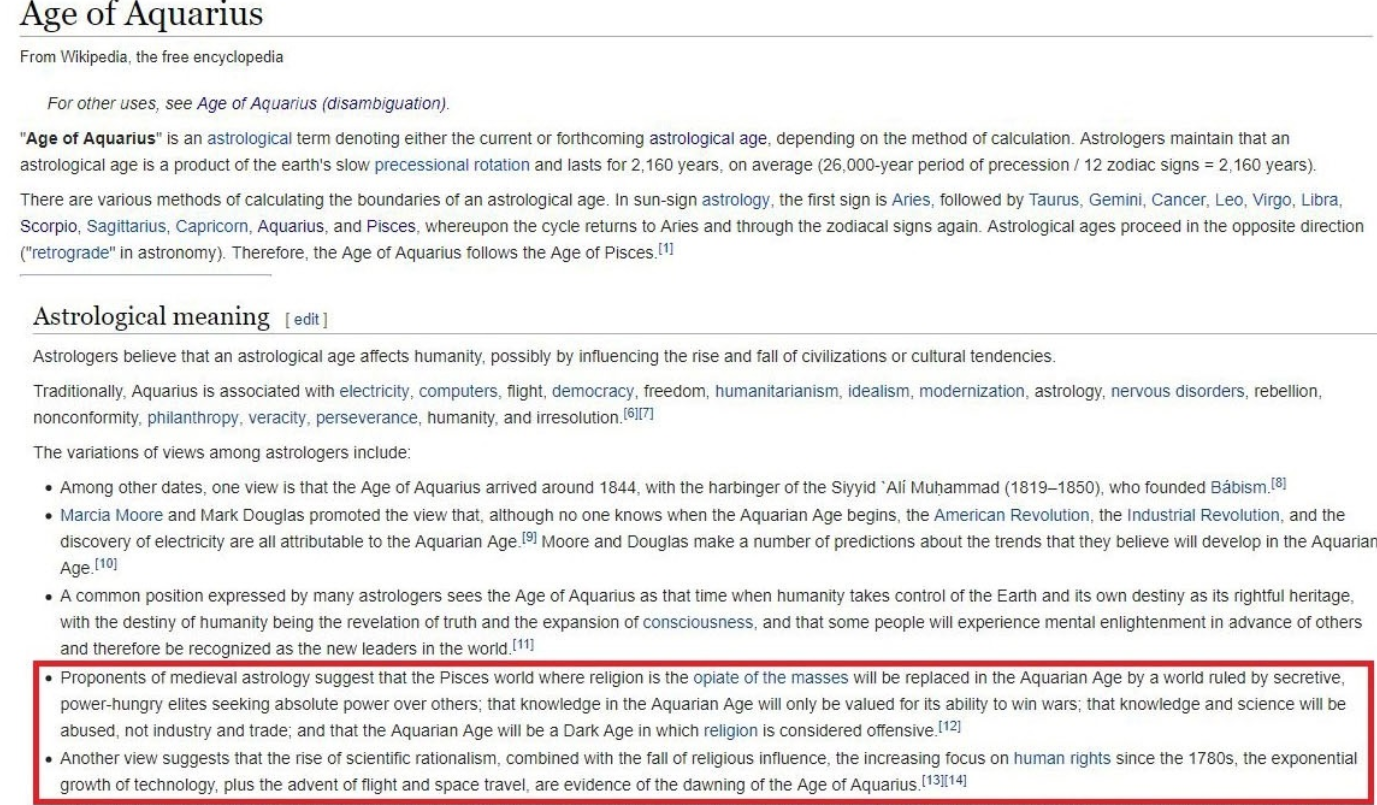 Finally, while this isn't the first time sky events like this one happened 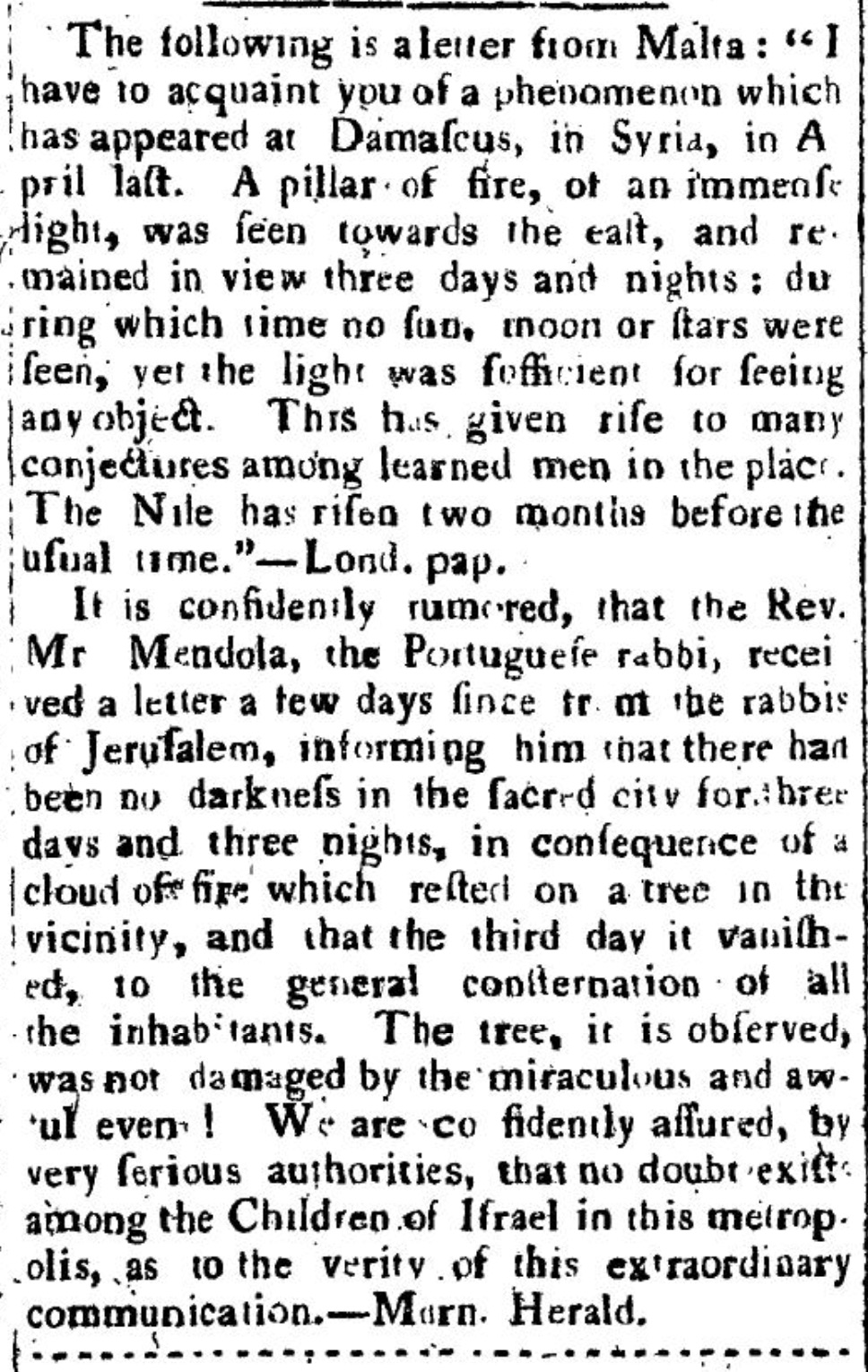 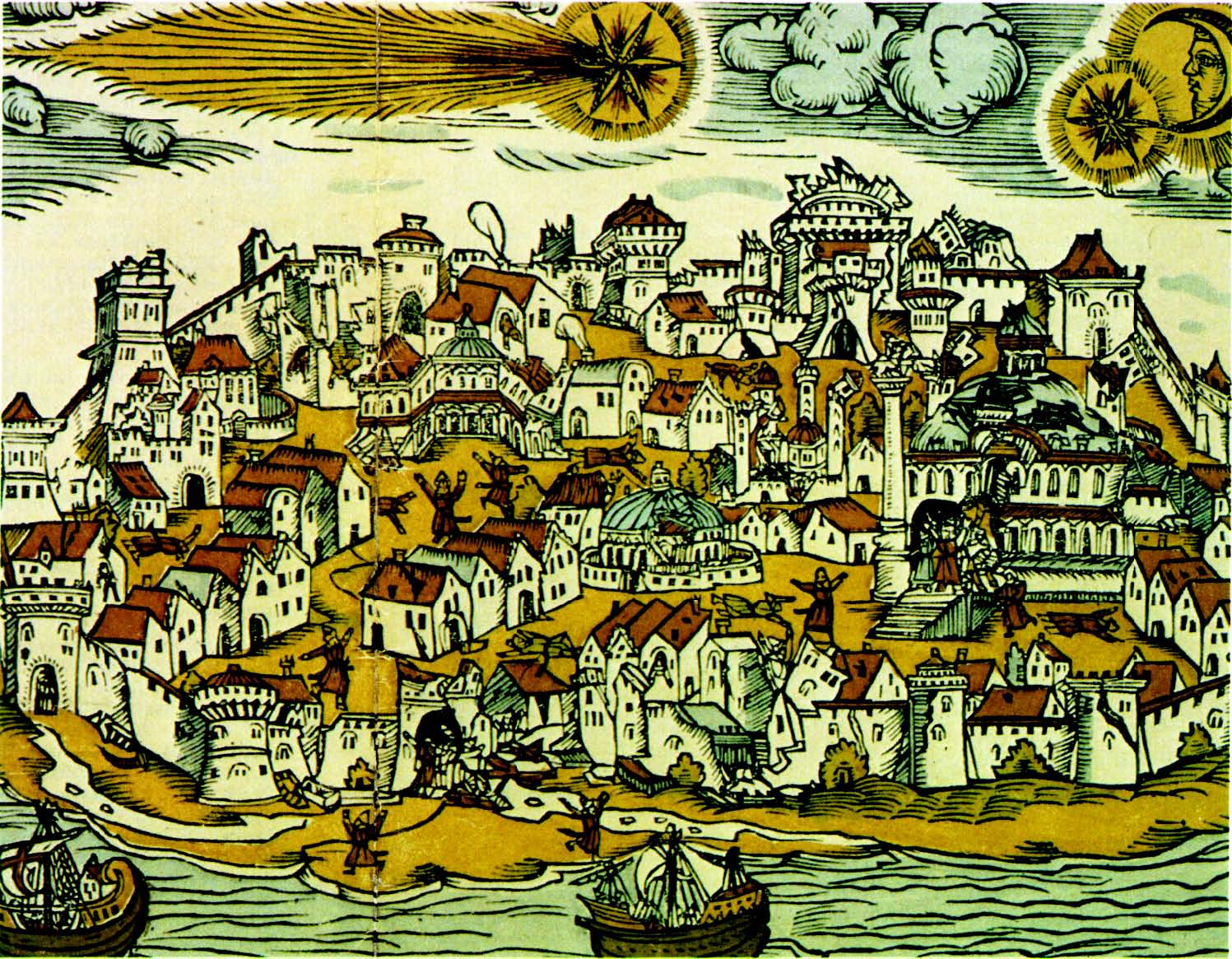 this one and the events that will follow in the next few years will change the world completely, yet history will only repeat itself, like it always does. 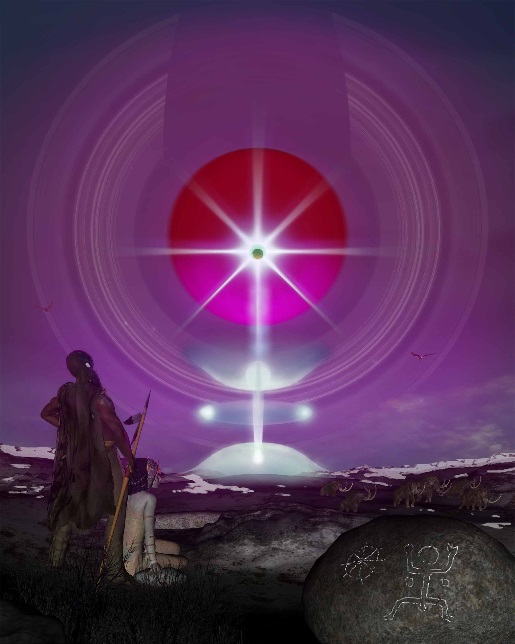 Fun read, thanks for posting.

originally posted by: MykeNukem
a reply to: Anon283799

Easy to be sarcastic, critical and shallow looking only through modern eyes.....isn't it.

May i humbly suggest you look up saint Lubbocks day and start seeing past your nose.


originally posted by: MykeNukem
a reply to: Anon283799

Easy to be sarcastic, critical and shallow looking only through modern eyes.....isn't it.

May i humbly suggest you look up saint Lubbocks day and start seeing past your nose.

Have you read the latest research on the Mayan “calendar”?

This is a fun OP, but the theory is preposterous.

ETA: I also left the OP a SnF before I posted. I'm not a complete bonehead.

This is Old School ATS at it's best. Thanks for the thread.

I hope it resonates with the right People.

Hopefully people watch it from the entrances to their J-Shaped underground shelters.

I think the nice thing about this one its on the solstice. It of note that this is the closest it has been for a good while.

The star of Bethlehem is the star the three wise men follow (the belt of Orion) That points the way to the Messianic star.. Sirius (the Seer) Jesus of Na zeer .
Set (Saturn is the enemy of the Sun of God (Horus)
Which is the child of ISIS (Ast) (Sirius A) her sister being the dark one Nephyatis (Sirius B) This is where the spirits traveled upon death.


Jupiter and Saturn are entering a phase of harmonic resonance.

The planets regularly appear to pass each other in the solar system, with the positions of Jupiter and Saturn being aligned in the sky about once every 20 years. What makes this year's spectacle so rare, then? It's been nearly 400 years since the planets passed this close to each other in the sky, and nearly 800 years since the alignment of Saturn and Jupiter occurred at night, as it will for 2020, allowing nearly everyone around the world to witness this "great conjunction."

posted on Dec, 19 2020 @ 01:49 PM
link
The writing's already on the wall with respect to Biden though. Assuming he makes it into office alive, he won't serve out his term and it's even odds he dies in office like William Henry Harrison. Or he may be the victim of an Arkancide depending on the promises made to Madam Clinton.
edit on 19-12-2020 by ketsuko because: (no reason given)

this one and the events that will follow in the next few years will change the world completely, yet history will only repeat itself, like it always does.


While Saturn and Jupiter's orbits bring the planets into alignment once every 20 years or so, this year marks the first time since 1623 that the two gas giants have passed this close to one another.

This year's great conjunction also marks the first time in nearly 800 years since the planets aligned at night and skywatchers were able to witness the event. (The 1623 conjunction wasn't visible to skywatchers on much of the Earth because of its location in the night sky, so thelast time the event was visible was in 1226.)

Text will give people a great chance to go outside and see the solar system." 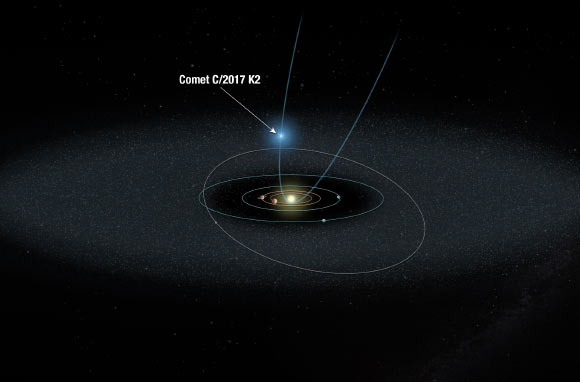 as stated inBible... the sun-moon-stars are made for showing men Heavenly Signs

we already know that the Dragon swept away 1/3 of stars/Angels, we are told in prophecy that God conquers Satan in-the-end

the conjunction tells us that 2 opposite pantheons join to make a light as bright as 1/4th of a full moon in the sky for All to witness... perhaps the good & bad form an ally status

a Pagan organised religion./ideology results, hello ? ChrIslam over the next few (3) years becomes a unipolar power
hence the predicted 3 days/(years) of darkness
edit on th31160847588220512020 by St Udio because: (no reason given)