posted on Dec, 20 2020 @ 08:36 PM
link
Love TNG. But IMO ST Deep Space 9 was highly underrated. What, 7 seasons? And the show got better every season, the final one was very satisfying

A plow is technology. Led to a revolution of its own. What's the cutoff point?

Are you saying the door slammed open for no apparent reason on an absolutely still night?

A lot of folks think that there are no 'UFOs' that it's all 'poltergeist phenomenon'.

Any stories in your family about the "little people"?


As I explained in my 2018 'introductory thread', I heard odd sounds behind the door beforehand - you'll laugh, but it was akin to clanking chains - I know I know, but bear with me! Someone/thing was approaching the door before the handle was rattled up and down loudly and violently. I actually picked up a Playstation console, ready to bash a potential burglar over the head. That was when the door was pounded open, which freaked both of us, as you can imagine. It was the following morning that we experienced the footsteps and sounds of furniture being tampered with, although not a 'physical' occurrence like the previous night. As I said, it was all the other stories of that place (kept secret from me before that night) that stirred the imagination beyond freak winds and EMF explanations etc.

As for "little people", how unusual that you mention that. My wife's mum saw what can only be described as a small goblin sitting on her bed as a young woman. She preferred to believe it was a dream, but was certain she was fully awake. I can't remember the greater details.

I'd forgotten all about that story! Strange, huh? However, as you said, I myself have always believed that UFO and paranormal events are part of the same 'bubble' of mystery.

Brings to mind something brought up earlier; cultural conditioning.

Sky's not the limit.

originally posted by: Phage
I've been watching the dance for a few weeks.

When I can, kind of frustrating ..lol

I actually picked up a Playstation console, ready to bash a potential burglar over the head

That really amuses me!

You attacked 'the poltergeist' with your Playstation - you can't make that kind of stuff up!

Well, 'It' didn't bother you any more, I guess that Playstation acted like a crucifix!

Thank for this thread... always appreciated your input! There simply way too much on this topic to chat about on here. So ill simply say may the force be with you!

originally posted by: Phage
a reply to: KellyPrettyBear 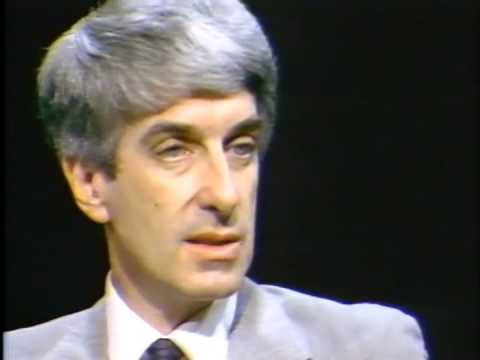 "Forget Italian plumbers - I use the French power of Rayman!"

By the By, I was a classified nuclear engineer for 7 years.

As I say ad nauseum, I don't see any difference between science and 'undiscovered laws of physics',
except some is better proven (traditional science) and some is less proven.

Of course I love Star Trek - science is science, even when it's 'magic'.

I do like Babylon Five more than ST though.

Hardly anyone likes Bab 5 either.

Must move forward.
The Expanse is great.

I'd probably have been a more effective human being, if I had written a book on fearless leadership or gave out more hugs to the homeless. It's far from certain that I've accomplished anything.

But It has been a fun ride.. glad you've been here with me.

I loved the mini-series on TV; I watched it like a year ago.
Haven't caught the books.

I really like that the belters wear "crests." Tribute to Niven.

originally posted by: vlawde
Love TNG. But IMO ST Deep Space 9 was highly underrated. What, 7 seasons? And the show got better every season, the final one was very satisfying

I must admit the Odo Kira stuff was amazing. The final episode made me cry.

It was one of my favorites too.

It was, for all intents and purposes, an extended series.
You sort of had to watch the whole thing.

i think that any naturally evolved civilization, if it gets enough technology, will almost inevitably evolve itself with machinery.

I've always thought, since i was little, that our Universe, if it has other sentient life, is probably dominated by non-organic, non-naturally evolved life.

I've had a few very interesting 'experiences' that convinced me of that POV, tentative to rigorous examination, which of course is probably not possible at this time.


I have consistently suggested that species in general suck as they dies out all the time, they are so fragile it doesn't take much. So advance life will die out or evolve on their own and machines is the typical direction. I envision something like the Movie AI, or something like Alita: Battle Angel in the not too distant future as natural life and machine grey out as to what is what.