Trump's Mar-a-Lago neighbors don't want him to move there.

first lady Melania Trump and the Secret Service are reportedly busy preparing for his post-presidency life at Mar-a-Lago, his private club in Palm Beach, Florida. There may be a hitch in that plan, though: the neighbors. And thanks to legal agreements Trump signed in the 1990s, they may be able to stop him from making Mar-a-Lago his next home,

Trump and Mar-a-Lago go hand in hand. He first fell in love with the property decades ago before he purchased it. It’s previous owner had been the US government when it was donated to the United States by Marjorie Merriweather Post.

‘’In 1973, cereal heiress Marjorie Merriweather Post donated her 128-room Palm Beach mansion to the U.S. government to be used as the "winter White House." Post, who had inherited the Postum Cereal Company from her father and who then went on to become America's richest woman, finished building Mar-a-Lago in 1927 at a cost of $7 million (that equals to about $120 million today). ‘’

This history goes on to tell the story of how Trump acquired the property from the government. At first he wanted to cut the property up into smaller lots and sell them. The town of Palm Beach said they did not want this to happen so the drew up a contract for him to sign. This contract stated that he would convert the estate to a ‘’membership resort’’ and sell memberships. The town agreed to this with previsions.

This video file cannot be played.(Error Code: 203000)
A number of President Trump’s neighbors in Palm Beach, Fla., are arguing that he is legally barred from taking up primary residence at his Mar-a-Lago resort after leaving the White House.
In the letter to Palm Beach officials obtained by The Washington Post, the residents cited an agreement Trump signed in 1993 to convert the facility to a private club, which they said bars him from using it as a primary residence. The agreement bars members from spending more than 21 days per year there or for more than seven days straight.

So, according to the legal document Trump signed in 93, even he, though he owns the property now is not legally allowed to live there full time.

So is this going to be an other ‘’showdown’’ for Mr. Trump? Will he be able to sue his way out of this conundrum that he and his family now face? According to the other residents of Palm Beach, it is and will be.

‘’Trump's Mar-a-Lago neighbors are taking legal action to try to force him to live elsewhere’’
www.businessinsider.com...

This is the same Mar-a-Lago he has been living at since purchase right?

I'm sure that he will get Rudy & Co on the case so will be sure of an easy legal challenge.


This is the same Mar-a-Lago he has been living at since purchase right?

No, he was living at Trump Tower. He only changed his residence when New York and it's legal eagles went after Trump, his businesses and his family.

Trump will get Governor DiSantis to write and executive order overriding the legally binding terms of sale. 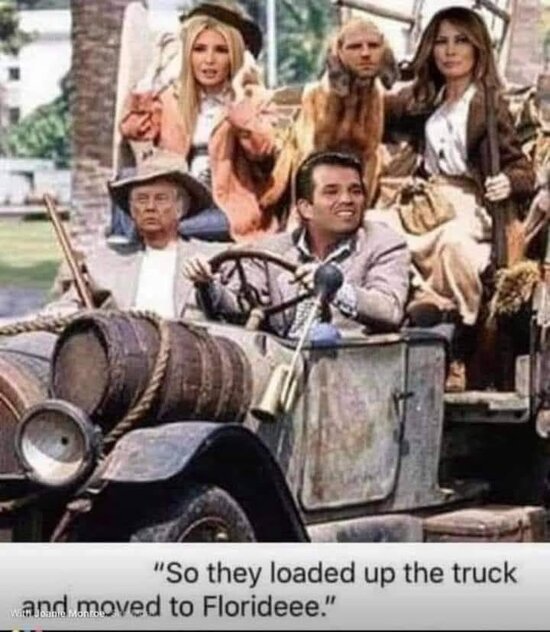 Under the terms of the agreement, no guest is permitted to stay at the club for more than "three non-consecutive seven day periods" during one year.

He's not a "guest", he's an owner. I'm sure he can live there as onsite management as long as he wishes.

Sounds like his neighbors are a bit bigoted, and it's a slow news day.

Who cares what they "want"?

Really, are people going to follow around Donald Trump for the rest of his days to try and "stick it" to him?

If his neighbours are, indeed, "a bit bigoted" then I'm sure they will get along together just fine and it will all work out.

No, you will all be doing just that to Biden.

What the hell is wrong with people, indeed.

No he didnt he filed residency paperwork with florida naming mara largo as his address. There is nothing the can legally do about it as the state has all ready accepted the paperwork. My father had to do the same when he moved to florida and became a legal resident. Part of the process is to get ID from florida again that will have his residence listed. This agreement they mention is for members he is not a member hes the owner. they dont want members taking up residence in the hotel and most hotels have similar restrictions.


What the hell is wrong with people.


It’s called “Mental Illness”
The number of people afflicted with it exceeds the Covid pandemic numbers by a factor of 100.


No, he was living at Trump Tower. He only changed his residence when New York and it's legal eagles went after Trump, his businesses and his family.

posted on Dec, 16 2020 @ 02:07 PM
link
It is good that his name isn't Clinton or all the neighbors would die from shark attacks, being hit by a UPS truck, dying of suicide from three shots in the back of the head, so on so forth.

They will eventually die of TDS after years of therapy. I bet a couple new Psychologists will start offices there now that Trump is moving there.

While running for office or while in office, everything is fair game. After a person leaves office, those who choose to stalk or harass them are just garden variety creeps and trolls. One of those little globs of stuff you find on the soles of your shoes, and you're not quite sure what it is, so you don't touch it and assume its feces of some sort. Which side is doing it to the other is irrelevant.

TDS FOREVER, I can see it on a bumper sticker and a flag loool , just deny him rent in your head, its constitutional you know

The agreement bars the members, Trump is the owner.

He has over the years apparently run afoul of town ordinances and pushed them to their limits. The folks of the town though seem to have the legal upper hand here as he could only acquire the property in the first place by signing the ''no residence'' clause they offered him.

That would seem to be his tactic. Though even he is forbidden to live there more than the allotted time allowed by the contract.

posted on Dec, 16 2020 @ 02:17 PM
link
He won't need to worry about that for 4 more years fortunately.
You on the other hand....daily mud slinging every stupid article, like we don't have google, until you, like the news think they can try to social influence cheating commies into office.