Breaking: Attorney General William Bill Barr is stepping down from his post


originally posted by: HalWesten
My apologies, you were referring to Barr & Epstein?

Why wouldn't I be, in a thread about Barr resigning?

Given some of your previous posts about Trump it's hard to tell sometimes.

originally posted by: carewemust
a reply to: Anon283799

I'm puzzled over how this "break up" between Trump and Barr was so congenial, considering how Barr didn't reveal the Hunter Biden investigations back when House impeachment hearings were ongoing last year. The whole impeachment thing was started because President Trump rightfully asked the Ukraine President for assistance with investigating Hunter's Ukraine-Burisma connection.

I remember when every crat was screaming from the rafters to fire Comey.
It was echoed widely by the msm mobsters. They were pissed at him for
saying something bad about Hillary just before the election.

A little later, Trump fired him, and there were howls of outrage.

You see, whenever Trump fires anyone, especially when he calls a spade a spade,
there are howls of execration from the msm circus and crats, in unison.
In support of Biden, Phage sometimes refers to Trump’s vindictive streak.
He can’t ‘work’ with anyone etc. He is supposed to just be happy
with sandbagging sloths all around him, orange man bad etc....
You get the idea.

But with all that has been plotted against him, Donald Trump
has been quite reserved, if you were to ask me.

If Trump were to excoriate every person
he let go, then what meaning would justice department criminal findings have?
Things worthy of excoriation. Like treason. Conspiracy to overthrow. Election fraud.
Remember Nixon with a bug? Boy. That went on till every person on earth was bugged.
It went on right up until Obama fired one up Trump’s ass, with impunity.
Then it was okey dokie.
Thanks, Barr.

Therefore Trump has to be cordial, at the very least, make nice with his
firings, dismissals. Why invite backlash, unnecessarily?

Trump has become quite tempered in this hellhouse furnace. I believe he has God’s help.
Laugh away IGAF. Most have no clue how or why God assists a person who is outnumbered,
and unfairly treated. This, for all I know, may be the first selfless endeavor Trump has taken
on in his life, and he picked a good entrance if you ask me. This does not glorify Trump.
It does not make him chosen. It would be a means of God reaching many, and righting
a bad scene. Not an easy act in today’s world.
It glorifies no one but God. But in it’s wake, many will fall.

Stealing the landslide victory was probably cooked up by the DNC
as an idea which is worse than death, to Trump, since he hates to lose.
If he were to simply be killed, well, at least he wouldn’t suffer.
Now he can watch the world slide into Instant Dystopia, because he failed.
He lost. He lost because they made damn sure of it. We all lost.
Congratulations!

They intend to make him suffer. I swear, they tried everything else....
It is the ultimate coup. Cause Trump great pain while destroying,
I mean ‘fundamentally transforming’ the country, and to their liking, ie.,
rationalize the steal with covid. Now we have a template for globalist control
via biowarfare because ORANGE MAN BAD. We are mere collateral damage.
This is precisely what happened.

originally posted by: MotherMayEye
a reply to: Anon283799

I read this on Twitter. I have NOT verified it though, I just now saw it:


The new Deputy AG will be Richard Donoghue, who served in the 82nd Airborne Division.

The same military unit as @GenFlynn.

Not to be a spoil sport, but being in the same division as someone isn't remarkable unless they both served at division HQ together or under a subordinate unit.
edit on 12 14 2020 by projectvxn because: (no reason given)

posted on Dec, 14 2020 @ 08:15 PM
link
a reply to: burdman30ott6
I agree with what you are saying "he was facing an impossible confirmation had he picked someone from outside the controlled establishment."

I do disagree with "Barr has been around so long that plenty is known about him that can certainly be held over his head by insiders threatening to spill the beans and make his life and career an abject failure."

I looked at Barr as the only grown-up in the room. I truly believe Barr wanted to be fair and investigate until all doubt was satisfied. Equal and honest justice for any side minus politics. It would be a tough job and I am sure Barr wanted to go all in a couple of times during the whole charade of crooked finger-pointing.

It is too bad it came to this but I'm sure Barr is somewhat relieved to be spared the bullsnipe from both sides, I also believed Trump was a good President (aside from ego) and legitimately care for this great nation. The snake pit was just too deep and overrun with sleazy vipers to clear it all out. I do hope there will be some last grasp of a straw to legally fight the deep state but doubtful. I can still hope.

Anybody with any common sense can see this 2020 Presidential Election was fraudulent and much cheating took place. I am a nice guy and give people the benefit of the doubt but there is way too much smoke not to be a fire here. People should go to jail over this nonsense.

posted on Dec, 14 2020 @ 11:26 PM
link
Bill Barr Resigns: The Only thinking person on the Planet to Think Epstein Committed Suicide... That announcement should have had him removed within the hour IMO.

He prob stepped down after the Electoral College sealed the deal. 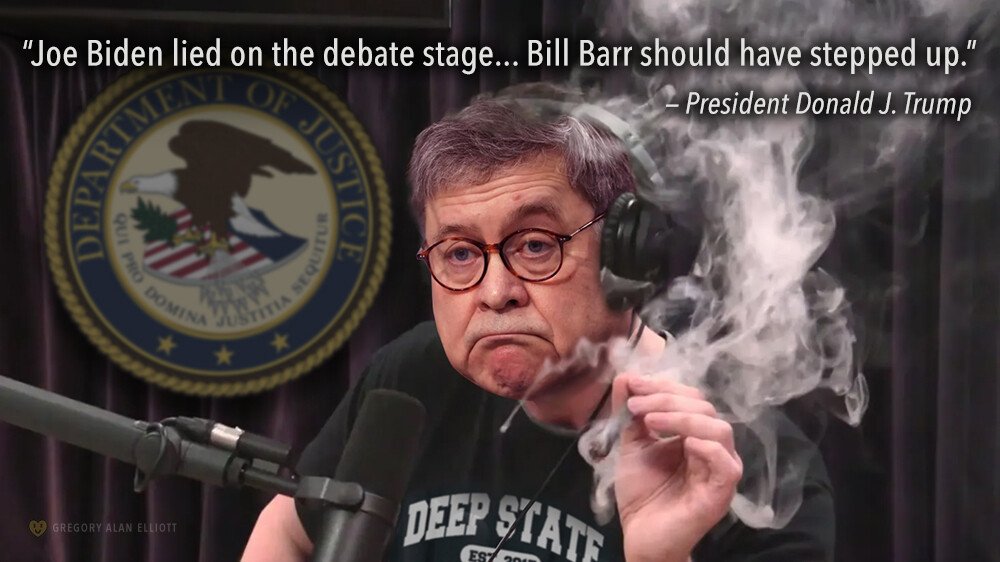 
Here are some unexpected news coming in today.
Barr will leave just before Christmas to "spend the holidays with his family


That was the least unexpected news ever, this bootlicker crossed Trump once, and he's out, like all of Trump's boot licks, they are loyal to him he is not to them , he joins a long list. of formers.
Then again with a month remaining, meh!

posted on Dec, 15 2020 @ 12:47 AM
link
a reply to: Jay Electronica
Who would you have chosen, that would stand even a slim chance to make confirmation?

Barr's tight association with George HW Bush and the CIA is the ground for what I suspect are skeletons in Barr's closet. I am of the school of thought that nobody within the CIA is "clean" and if they were, and didn't have secrets their peers could expose and ruin them with, they'd quickly be removed from the CIA before they knew many of their colleague's secrets and indiscretions.

My distrust and loathing of dog and pony dark groups like the CIA, FBI, and NSA may well be tainting my opinion here.

Look at it this way, once not long ago, John Roberts was considered the "adult in the room." Suddenly Ed Snowden exposes that the NSA had essentially been wiretapping the whole country and just a scant few months later Roberts becomes one of the left's most valuable "sure votes" on issues that are of utmost importance to said Left. This is how DC operates... either the hidden hands know enough secrets to destroy you or they will bring you down before you reach a very lofty position on your own merits.