So it seems that at least some part of our government is taking his corruption seriously. I do not know where it goes from here in a legal sense. I would assume if it goes to the DOJ nothing will happen. Sorry, I have no faith in our institutions to rectify a mess like Hunter Biden. Who knows though? I suppose it is a good sign that at least there is some official documentation of this jack ass.

Copy and paste of key findings:

In early 2015 the former Acting Deputy Chief of Mission at the U.S. Embassy in Kyiv,
Ukraine, George Kent, raised concerns to officials in Vice President Joe Biden’s office
about the perception of a conflict of interest with respect to Hunter Biden’s role on
Burisma’s board. Kent’s concerns went unaddressed, and in September 2016, he
emphasized in an email to his colleagues, “Furthermore, the presence of Hunter Biden
on the Burisma board was very awkward for all U.S. officials pushing an
anticorruption agenda in Ukraine.”


 Although Kent believed that Hunter Biden’s role on Burisma’s board was awkward for
all U.S. officials pushing an anti-corruption agenda in Ukraine, the Committees are only
aware of two individuals — Kent and former U.S. Special Envoy and Coordinator for
International Energy Affairs Amos Hochstein — who raised concerns to Vice President
Joe Biden (Hochstein) or his staff (Kent).


 The awkwardness for Obama administration officials continued well past his presidency.
Former Secretary of State John Kerry had knowledge of Hunter Biden’s role on
5
Burisma’s board, but when asked about it at a town hall event in Nashua, N.H. on Dec. 8,
2019, Kerry falsely said, “I had no knowledge about any of that. None. No.” Evidence
to the contrary is detailed in Section V.


 Former Assistant Secretary of State for European and Eurasian Affairs Victoria Nuland
testified that confronting oligarchs would send an anticorruption message in Ukraine.
Kent told the Committees that Zlochevsky was an “odious oligarch.” However, in
December 2015, instead of following U.S. objectives of confronting oligarchs, Vice
President Biden’s staff advised him to avoid commenting on Zlochevsky and
recommended he say, “I’m not going to get into naming names or accusing individuals.”


 Hunter Biden was serving on Burisma’s board (supposedly consulting on corporate
governance and transparency) when Zlochevsky allegedly paid a $7 million bribe to
officials serving under Ukraine’s prosecutor general, Vitaly Yarema, to “shut the case
against Zlochevsky.” Kent testified that this bribe occurred in December 2014 (seven
months after Hunter joined Burisma’s board), and, after learning about it, he and the
Resident Legal Advisor reported this allegation to the FBI.


 Andrii Telizhenko, the Democrats’ personification of Russian disinformation, met with
Obama administration officials, including Elisabeth Zentos, a member of Obama’s
National Security Council, at least 10 times. A Democrat lobbying firm, Blue Star
Strategies, contracted with Telizhenko from 2016 to 2017 and continued to request his
assistance as recent as the summer of 2019. A recent news article detailed other
extensive contacts between Telizhenko and Obama administration officials.


 In addition to the over $4 million paid by Burisma for Hunter Biden’s and Archer’s board
memberships, Hunter Biden, his family, and Archer received millions of dollars from
foreign nationals with questionable backgrounds.
 Archer received $142,300 from Kenges Rakishev of Kazakhstan, purportedly for a car,
the same day Vice President Joe Biden appeared with Ukrainian Prime Minister Arsemy
Yasenyuk and addressed Ukrainian legislators in Kyiv regarding Russia’s actions in
Crimea.


 Hunter Biden received a $3.5 million wire transfer from Elena Baturina, the wife of the
former mayor of Moscow.
6


 Hunter Biden had business associations with Ye Jianming, Gongwen Dong, and other
Chinese nationals linked to the Communist government and the People’s Liberation
Army. Those associations resulted in millions of dollars in cash flow.
 Hunter Biden paid nonresident women who were nationals of Russia or other Eastern
European countries and who appear to be linked to an “Eastern European prostitution or
human trafficking ring.”
edit on 9-12-2020 by Fools because: points

"If the prosecutor (investigating Burisma) is not fired, you're not getting the money" - Joe Biden

posted on Dec, 9 2020 @ 08:42 AM
link
why would anyone give a rats ass about this now? Seriously, the tool bags that elected him know Biden is owned by China. it's the way they would like it. the US is a bumbling drunk fool in the dark, and needs an adult in the room, like China to direct things.

If you feign outrage now, it just makes you look even stupider than you did when you defended him. Don't be that stupid. (not the OP, the idiots that voted for Biden)

“This investigation is critical to defending the integrity of our Republic and ensuring a potential Biden Administration will not be the subject of undue foreign interference,” Buck wrote. “Americans have the right to know whether Mr. Biden’s reported ties to foreign governments will make him the subject of blackmail attempts or other nefarious efforts to undermine U.S. national security or otherwise improperly influence American foreign policy.”

To this day I still don't know how in the world could America come this close to handing over the reins to a demented retard and his crack whore son.

originally posted by: 19Bones79
a reply to: Fools

To this day I still don't know how in the world could America come this close to handing over the reins to a demented retard and his crack whore son.

Make no mistake, the people of America didn’t do this.
Sure, there was a lot of low info, misinformed, mentally incapacitated Dem supporters that voted for Biden but nowhere near as many as they claim that voted for him.
The con artist Democrats that are in positions of power successfully ran their sleight of hand shell game, that’s what got Biden and Commie-La in there.

posted on Dec, 9 2020 @ 09:28 AM
link
but does it stop at Hunter and Joe? or does it go just a bit deeper, John Kerry, Mitt Romney, perhaps others as well. Swallowswell? Yep, this could be rather large. best we forget about it, for the health and safety of the nation. 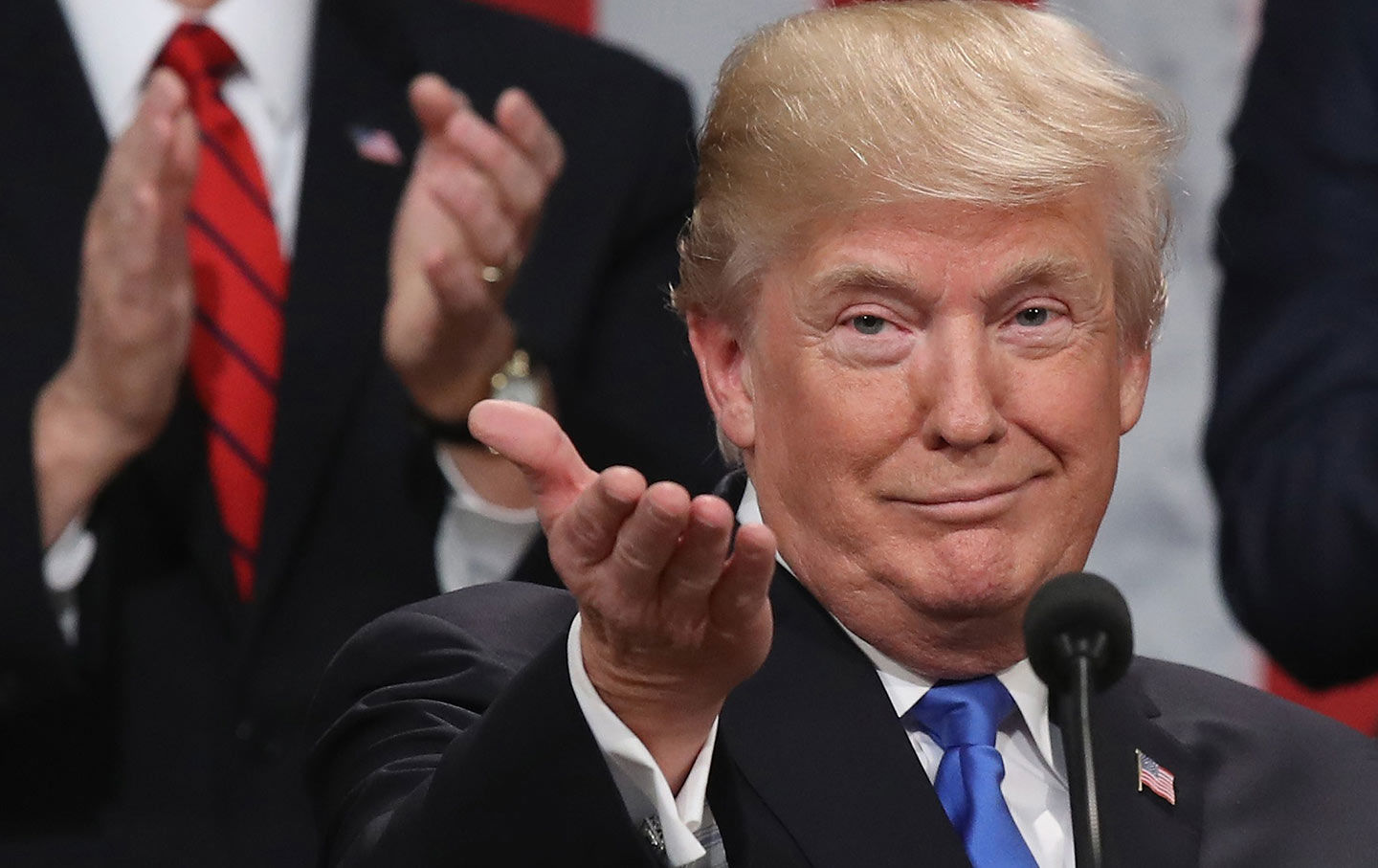 "Im doing this for you"

I agree, but it seems like the most useless people become career politicians. The environment enables it. Universities should ban all that skull and bones bull#.

originally posted by: mtnshredder
I hope they hammer Hunter and his daddy.
Here’s part of Rep. Ken Buck’s comments directed to the DOJ.

“This investigation is critical to defending the integrity of our Republic and ensuring a potential Biden Administration will not be the subject of undue foreign interference,” Buck wrote. “Americans have the right to know whether Mr. Biden’s reported ties to foreign governments will make him the subject of blackmail attempts or other nefarious efforts to undermine U.S. national security or otherwise improperly influence American foreign policy.”


that stuff only matters when it's Trump. If it's not the orange guy, it's not a real thing.

We built this country with courage! God, guts, and guns!

We dont surrender, ever.

See the puppets sneer?
See them hang from the strings of their slaver masters?

See the mindless fools, filled with greed, begging for Jeremiah 51.

In this day and age, of rising costs, poor pay, and inflation, the wages of sin remain the same: Death

I really think a lot of people are too stupid to comprehend things that happen in foreign countries. They see Ukraine, a bunch of foreign names, companies they don't recognize and they just kind of glaze over not really understanding these are real events happening in real places.

I mean honestly, there's people who believe reality shows are real, that think things in movies are real, yet can't name a town in a neighbouring state or more than a handful of countries in the world. A lot of people just seem to have a poor grasp on reality and the world in just about every conceivable way.

Who cares what happens anywhere if I get my student debt forgiven.

Who cares who gets hurt as long as I benefit?

Not you specifically, but that mindset.

posted on Dec, 9 2020 @ 02:05 PM
link
IF and I say IF Biden becomes President then can't he pardon his sons offences and give him a clean sheet?

posted on Dec, 9 2020 @ 03:23 PM
link
The Biden campaign put out a press release saying Hunter Biden is under investigation for income tax problems.

originally posted by: carewemust
The Biden campaign put out a press release saying Hunter Biden is under investigation for income tax problems.

originally posted by: carewemust
The Biden campaign put out a press release saying Hunter Biden is under investigation for income tax problems.


Taxes are hard m’kay. Reporting all your corrupt finances and where they came from is hard to do okay! Gosh. Give Hunter a break. Those Chinese men with the crack and girls seemed so nice.