Cosmic Void: The Origins of Zark 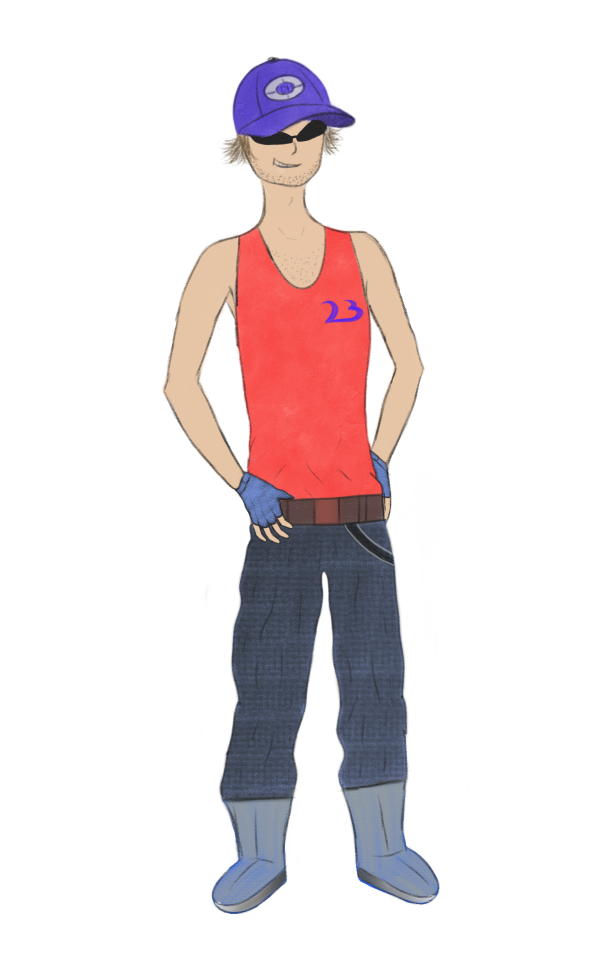 Gerald extends out his hand to greet Adrian, "I appreciate you taking the time to meet with me Mr Blackford, I've heard great things about you. Please have a seat."

"No problem Mr Fitz, I'm just honored to get a chance to meet you sir. The work you have done on Mars is truly ground breaking." Adrian replies.

"Please just call me Gerald. Now if you could sign this NDA form before we get started that would be great."

Without hesitation Adrian reaches for a pen, "No problem, let me see, sign just here?"

Gerald sits back in his chair and starts stroking his mid length beard, "Yes... fantastic. So I'll just cut to the chase. As you know Fitz Industries is on the forefront of interplanetary travel and Mars colonization. However we believe traditional propulsion mechanisms are fundamentally slow, inefficient, and quite frankly outdated. After years of research and testing we believe that we are close to having a working warp drive engine which will solve these problems, but these new ships are too complicated to be controlled by a human and require an advanced AI navigation system to carefully plot routes and follow those routes at FTL speeds while avoiding obstacles. That's where you come in Mr Blackford, I want you to lead our AI team. Sound like something that might interest you?"

"How could I say no to an offer like that? I can't pass up a chance to change history! May I ask what made you choose me for this job?" Adrian inquires.

Gerald leans forward and rests his arms on the desk with his fingers crossed, "Like I said, people tell me you're the best of the best. But the truth is I've already offered this position to a few other individuals and they all turned it down. What I haven't told you yet is that due to regulations we have to conduct all warp drive research on Mars so you will be required to live on Mars for the duration of your employment. Furthermore, the sensitive nature of the research will mean communications with Earth will be minimal. If you are willing to make those compromises the job is yours."

Adrian sighs deeply and takes a moment to think before responding, "You are aware I have a wife and a daughter? Her 7th birthday is next month, what kind of man would I be if I abandoned my family?"

"I'll be blunt Adrian, we look closely at all potential employees and we know your marriage is falling apart because you love the work you do. Creating technology which can change the world is like a drug for you, and that's the type of person we are looking for. In my experience, passion and determination is what gets the job done. Your flight to Mars wont be leaving until September so you still have plenty of time to enjoy with your family. However we will need a decision from you by the end of the month."

Adrian Blackford would ultimately spend just over a decade living on Mars working under Fitz to help build the first ever practical warp drive spaceship. By 2118 he had successfully developed an AI system to help navigate the new warp drive ships, and by 2120 the new ships manufactured by Fitz Industries would help mankind begin colonizing other parts of the solar system beyond Mars. When his work was fully completed Adrian would return to Earth in early 2122 only to find his daughter Tessa had run away from home.

A few years later Adrian would discover that Tessa had been sentenced to 120 years of cryogenic imprisonment and this is when he would hatch a plan to alter her destiny once she was unfrozen in the future. Adrian was tasked with designing a system for interplanetary navigation but what Adrian hadn't told anyone was that he also designed an interstellar navigation system. Adrian had once pitched the idea and was told by Gerald "It's not possible to license that technology. Don't ask me why, they just tell me it's classified."

As the only patent holder for a working warp drive, Gerald Fitz would go on to become one of the wealthiest men on Earth. Even though the warp drive would be highly regulated there was enough interest from governments and other space tourism companies to make record breaking profits. Gerald would spend his life working until 2153, when at the age of 72 he would finally decide to have a child, which wasn't an unusual occurrence at the time due to the prolonged human life span enabled by advanced genetic manipulation.

Gerald's only son Paul would go on to inherit Fitz Industries and continue the legacy of his father. At age 57 Paul meets Veronica, the love of his life. Six years later, in the year 2216, Veronica gives birth to their first son, Jack. Then four years later, their second son Zark is born. Jack and Zark would be born in the United States, or at least what remained of it, but they would not stay on Earth for long. As Paul aged, a battle for power over Fitz Industries would manifest, forcing Zark and his brother to seek refuge in the UCM cities of Mars.
edit on 6/12/2020 by ChaoticOrder because: (no reason given)

"It didn't have to be like this Paul, if you had of just signed the agreement last week none of this would be happening."

Paul violently sways his body back and forth attempting to loosen the ropes holding him into the chair, "Like I would ever hand over the work of my father to you scum bags!"

"Well now you don't really have a choice, sign the document or the boy dies!", the home invader demands while holding a knife to Zark's throat.

Unable to risk the life of his son Paul is forced to concede, "Fine I'll do what ever you want, just stop, please I'm begging you!"

Upon hearing the terrified cries of his 3 year old brother, Jack squirms out of his mothers grip and runs out of the closet they were hiding in. Before Veronica can say anything Jack sneaks up behind the man and manages to strike him in the most tender part of his nether-regions. The man immediately buckles over in pain and releases Zark from his grip but quickly begins to regain his composure.

"Veronica grab the kids now and get out of here, you know the plan. Don't worry about me, just go!" Paul screams as the boys run to their mother.

And so Veronica did as Paul had commanded, taking her two sons and securing passage to the underground cities of Mars where she planned to hide until things had blown over, then return to Earth when it was safe. Unfortunately events would not unfold as she had imagined. The dark forces working against Paul were too strong and his lifeless body would be found in his home only weeks later, to be officially declared the result of "self-inflicted" wounds. Veronica knew that was a lie and so traveled back to Earth seeking justice.

Her fight, like Paul's, was not to succeed and she would be framed for a slew of corporate crimes that never occurred, placing her in prison for 35 years. Zark and Jack would go on to be raised by their aunt Bethany in the UCM city of Mazpoc. Although Fitz Industries had been stolen from the Fitz family, the death of Paul would see Zark and Jack inherit a sizable fortune from their father, enough for them to start their own aeronautics company on Mars with a focus on smaller ships and hover-crafts rather than large ships.

As a measure of precaution the brothers would also change their last name from Fitz to Anderson, although it didn't prevent the guys in suits from tracking them down occasionally. They didn't exactly try to remain under the radar since growing up on Mars they had amassed a great deal of respect among the locals which gave them quite a bit of power within a city which functioned like a semi-lawless wild-west. Their network of informants would quickly relay any pertinent information so they knew what was happening in their city at all times.

Anyone stepping into Mazpoc was stepping into their territory and they knew it, which allowed the brothers to live in peace for the most part. Spending the majority of his childhood in the low gravity of Mars had given Zark a lanky frame but he remained fit by exercising regularly and he immensely enjoyed participating in hover-bike races on the surface of Mars to keep his piloting skills sharp. By his side Jack would always be there fixing broken hover-bikes and helping to run Dark Halo Industries as a ship mechanic.

"Hrrr h-w daaa grrbb" Tessa grunts through the gag placed in her mouth.

"Girl was asking around about the Fitz brothers boss. Claims she was born over 100 years ago and her father worked with Gerald. Sounds like a bunch of baloney to me but I thought you might want to speak with her."

Zark removes the gag and smiles skeptically at Tessa, "Hmmm... you don't look like a suit to me", Zark begins to squint as he moves closer to inspect Tessa, "Strange, you don't look 100 years old either."
edit on 6/12/2020 by ChaoticOrder because: (no reason given)

posted on Dec, 6 2020 @ 01:21 PM
link
Oh btw I changed the name of Zark's brother to Jack for those who might be confused, which probably isn't many people lol. Good to see at least one person is enjoying these origin stories. I'll still keep writing Cosmic Void though because I really enjoy the world and the characters. I might end up saving the full the story for a proper book though so I can at least get something out of it.