posted on Dec, 6 2020 @ 03:48 AM
link
Definition of normalcy
: the state or fact of being normal
a return to normalcy after war


Nothing is normal these days. In fact, normalcy is being actively discouraged.

Some recent events to be considered:

The illegal flooding of immigrants across sovereign borders.

The misappropriate portrayal of anything right of center.

The global overreaction towards chinese flu, actively destroying parts of the economy and enforcing of draconian measures.

The hyper partisanship of every mainstream and social media outlet.

It is clear to anyone willing to use the minimal amount of situational awareness required to function in this world, that a constant state of agitation is being maintained.

It is also clear for anyone abovementioned to realize that there is an element of insidiousness in every sphere of social interaction.

It is also clear to any sane person that this is a concerted effort.

There are intelligent people who actively support this state of disarray. Motives may vary from monetary gain, more flexibility in a state of corruption, less scrutiny of debauchery in an environment with little to no morals. A place to belong for misfits and outcasts. A suitable conduit for anger among the bitter, the failed and the rejected.


The gift horse that was wrapped up in inclusivity has been unpackaged and revealed to be a siren that calls for the degenerate parts of society to become more emboldened.

None of this is a mystery. It is a tactic of war.

What's puzzling though is the rate of acceleration achieved at this point in history and why.

Which objectives were met for this condition to become mainstream?

China's recent meteoric rise on the world stage in no small part enabled by compromised people of affluence in the west is not a coincidence.

Jeffrey Epstein not killing himself in the eye of the storm is not a coincidence.

Wikileaks has nothing compared to what disappeared alongside Epstein.

In my 41 years alive, never have I been this close to humanity flipping it's poles.

A state of war, with the left downplaying every inch they gain.


Do not doubt yourself, it is a term of surrender. Trust your instincts. Know that you are not alone in this sea of madness.

The time will come when the enemy, emboldened by its recent successes, will completely reveal itself.

We have to be ready. We shape the future by honoring the past. Good people have laid down their lives for the cause we took for granted for so long. The time will come when we will have to stand up and be counted. Everyone has their small part to play. Encouraging common sense to prevail amongst your peers and a commitment to staying positive for the greater good is half the battle won ladies and gentlemen.

They will only drag you down to their level and beat you with experience.

So choose the battlefield upon which you wish to engage, lest they choose it for you.

Hope is stronger than fear.

Remember, "You'll own nothing, and you will be happy.™ 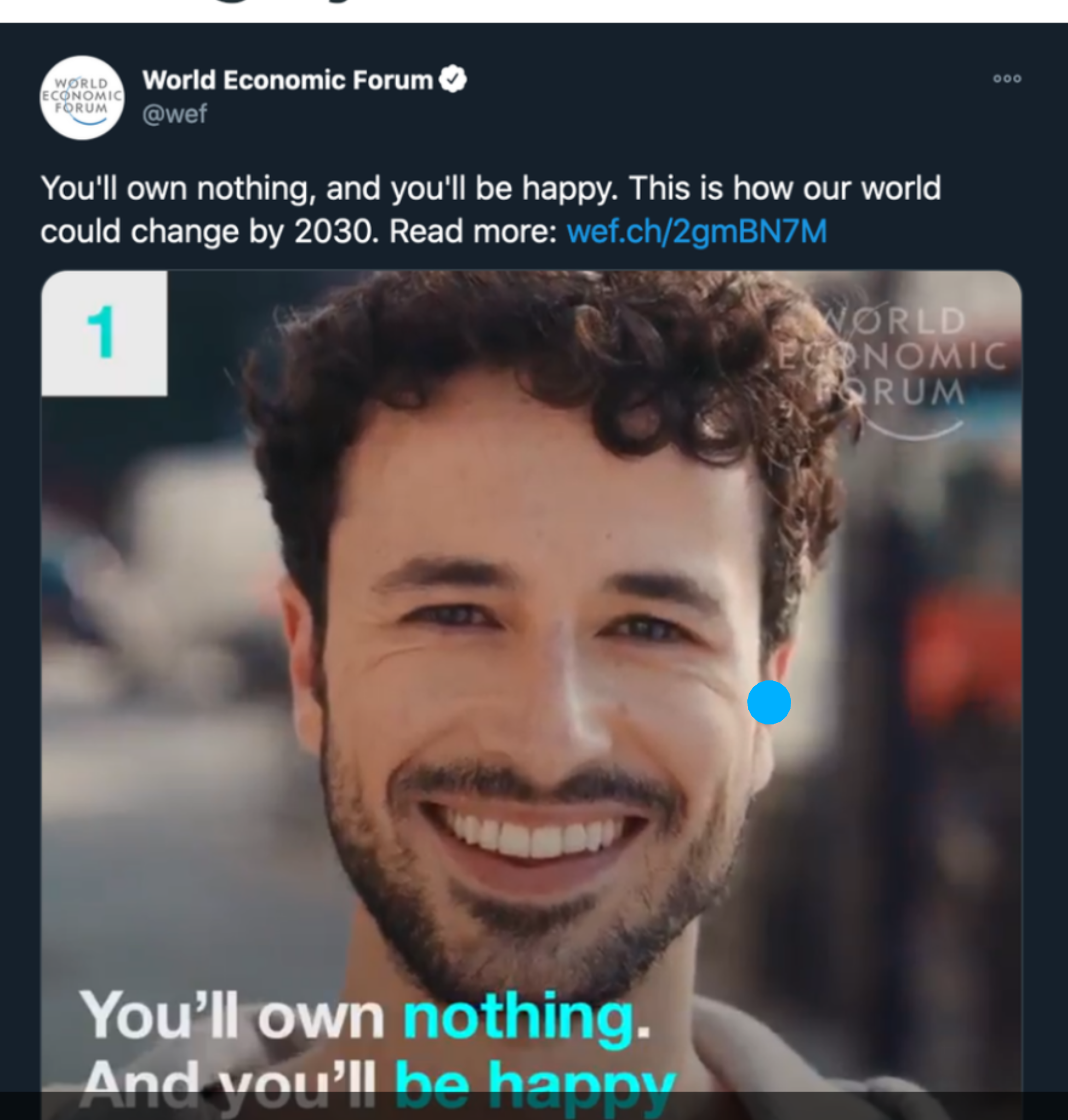 For sure. I will be setting up my future habitat on the grounds where the bank of international settlements used to be.

They will own nothing and they will be happy to accommodate me.

posted on Dec, 6 2020 @ 04:19 AM
link
It sure does look more war than normalcy. They get poeple infected with fear purposely, which is psychological warfare.


"There's nothing to fear, except fear itself"


Well maybe some fear about the covid vaccine is justified

The Normalcy (or Normality) debate is such a hot mess that untangling all the deliberate knots to try to find a common baseline to start from is all but impossible now. It's like the Respect debate, in which people claim to convey respect of something versus the intent of earning respect -- do they really know what it is they speak of? Is respect what they're really trying to convey, or just the default wrong word used anyway? The Normalcy debate is akin to that, I don't think we know what the original intent of the words are anymore. It almost seems deliberate, doesn't it?

The rulers motto has always been "divide et impera."

Nothing much new under the sun.

The state of alleged disarray only lasts until enough of us wake up and say "I'm mad as hell and I'm not going to take it anymore."

You're all over the place. I could pick your post apart but I'm really not in the mood.

Which part exactly of what I posted struck the nerve? Your passionate response tells me you took it personally.

Since you meant it as insult of everybody who thinks differently than you, yes I took it personal. Because that's how you meant it.

Because in reality: bad things happen to good people.
I'm not denying there are some really bad people out there, but in all shades of life are good people just trying to survive.

This is not a booming economy situation, it matters now more than ever that people have a roof, food and water.
But you guys yell "Commie!" & "SOCIALIST" & frankly a lot of "guys & gals in closely related political predisposition" would go outright nuts "the world ends!", but we never make progress on how to resolve the issue that idealy the only raison d'être for the state is so "the people are ok".
I couldn't so far really decipher if there's a consensus on the right, what the actual purpose of the state is?

(post by Peeple removed for a manners violation)
19Bones79

You're trying to attribute meaning to my post that is just not there.

Ok. Just take it as a "that's how I read your posts".
No hard feelings
*fistbump

...you might want to work on how you express yourself...

Every decade of the past 100 years have steered us closer at first the changes were coming on slowly until we came to a complete freefall which is exactly where we are now.

Now, nothing is off the table anymore it seems.

It's war until we return to normalcy.

And there is room for everyone under this umbrella. The motto is do unto others as you wish for them to do unto you.

What the other poster here implied is that I have an us vs them philosophy.

I have a sanity vs madness philosophy.

Yah I've always been a bit blunt, I don't apologize for that.

I have no time for arguing around something. I see some people on here posting replies as if they are being graded for their debate skills.

You telling me I should work on how I must express myself is the icing on the cake for anyone who read your initial response.

originally posted by: Peeple
a reply to: 19Bones79

Ok. Just take it as a "that's how I read your posts".
No hard feelings
*fistbump

...you might want to work on how you express yourself...