page: 1
25
<<   2 >>
log in
join
share:
FauxMulder
+3 more
posted on Dec, 3 2020 @ 11:40 AM
link
I know in Naval aviation we had a lot of fun with our deployment patches. Whenever a detachment would deploy, the guys on that deployment get to design their own patch and stickers. I know of one helicopter squadron that were The Ducks. If they landed on your boat it was common knowledge that right before take off, a crew member would hop out and stamp your flight deck with a duck foot covered in yellow paint.

We once had an Army helicopter land on our ship and the pilot made the mistake of taking his helmet off and leaving it in our hanger. Of course we covered it in our det stickers. I also left these stickers in a few South American countries.

Usually when you design the patch you put as much inside joke things as you can along with info such as the mission, the date, the home squadron, etc. I love to see the patches from the more secretive squadrons and black projects. You can safely bet that they are poking fun with most of the crap they put on there but is there also some truth hidden in these patches?

Take for example this patch from the Manhatten Project currently housed at the Los Alomos Historical Society. 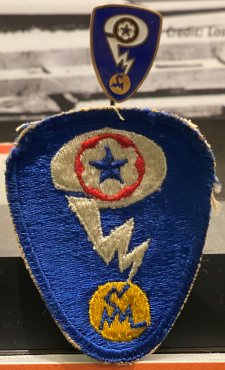 Anyone at the time looking at that probably wouldn't be able to figure out what they were doing. But now it's much more clear. 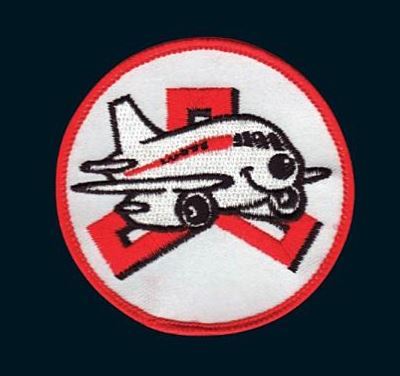 Here we have a patch allegedly used by the 22nd Military Airlift Squadron.

This unit conducted late night operations picking up classified aircraft from aerospace plants in Southern California and delivering them to classified locations for testing and evaluation. Link

The NOYFB is pretty obvious: None Of Your F-ing Business. 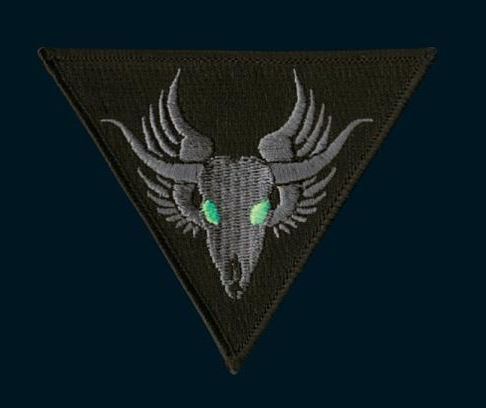 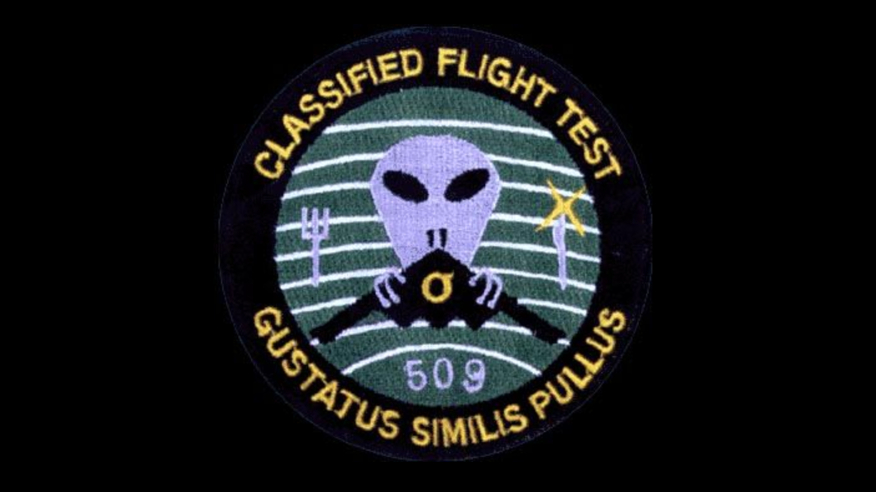 The patch for the classified flight test unit 509, the same unit involved in the infamous Roswell incident, includes a reference to an old Twilight Zone episode in which aliens ate humans. The patch shows an alien appearing to hold a stealth fighter near its mouth.

This one is obviously in your face spy stuff. "No Country Too Sovereign" 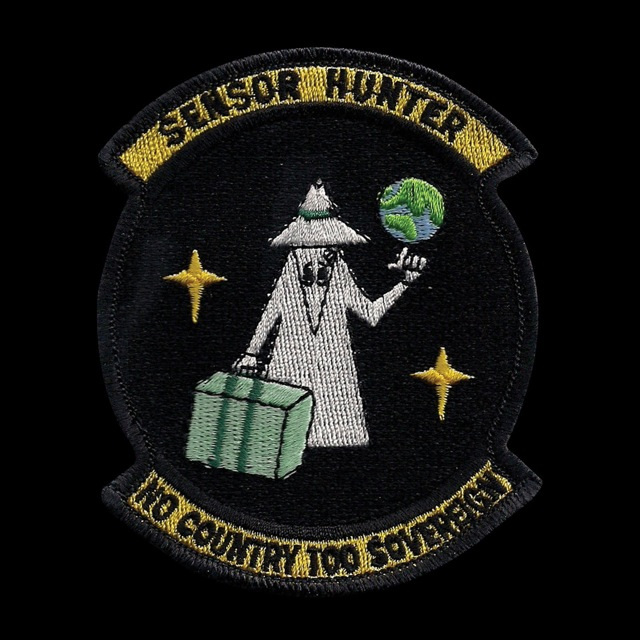 "Better the Devil Whom You Know". Love to hear your theories on this one 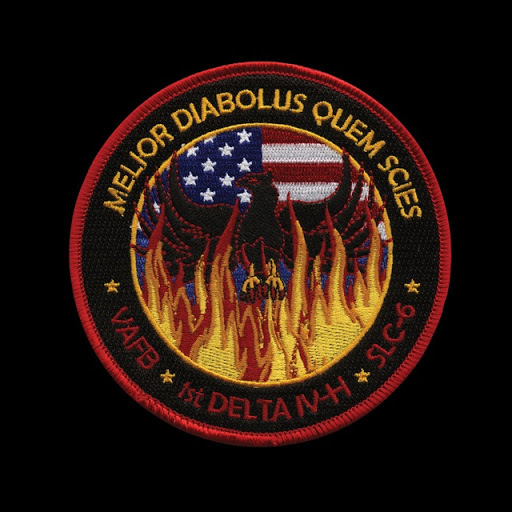 A few more and a link to more below. 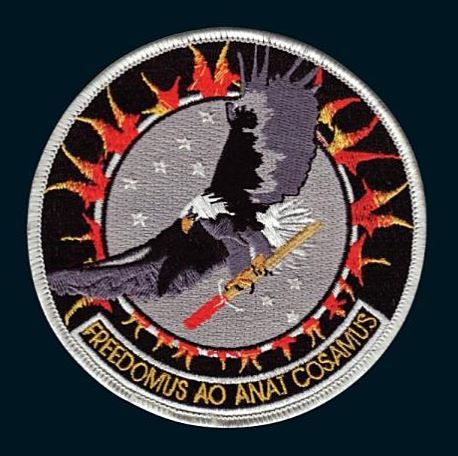 Nobody Kicks Ass Without Tanker Gas 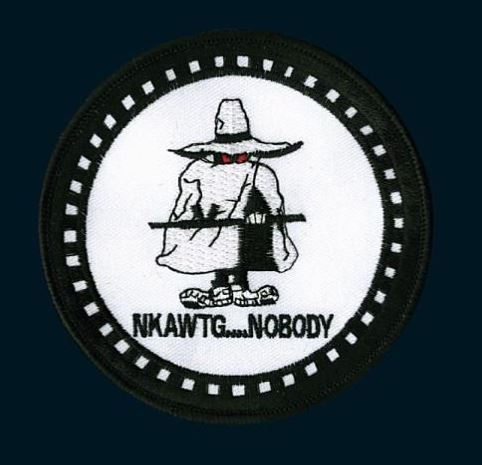 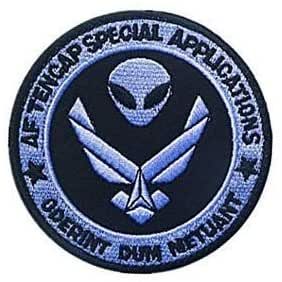 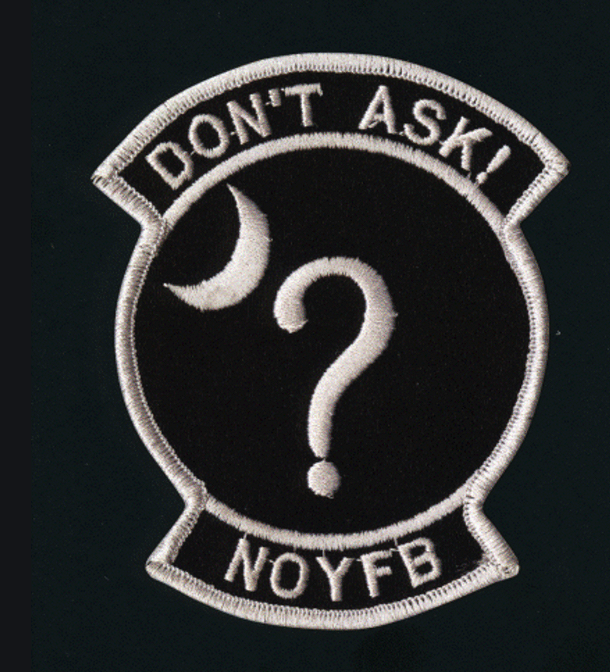 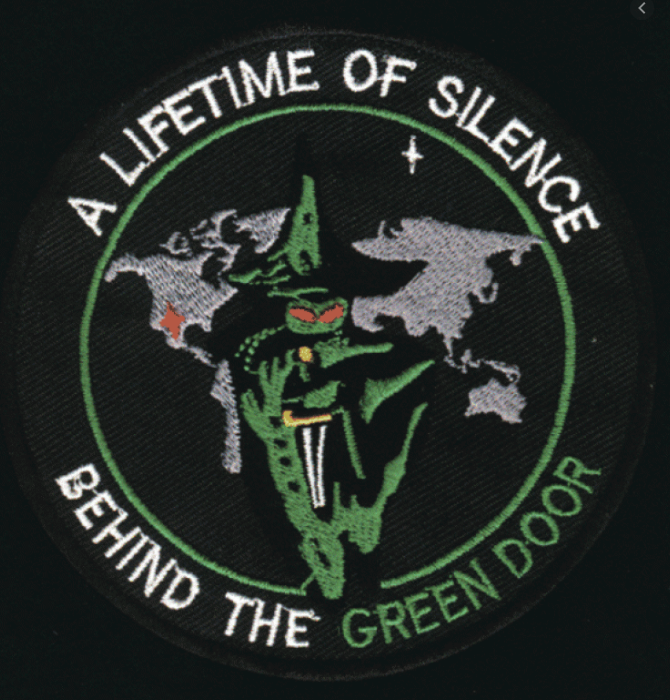 That's hilarious. The Green door is a perfect example of what I mean by mostly inside jokes mixed with some truth.

The images seem to suggest a Phoenix, rising from the flames, which would imply that the mission somehow represented a success coming after a failure. a reply to: FauxMulder

The military patches have always been interesting and theres a few threads around here showing a few.

How are the designs picked for these patches?, do the people who are part of that project have a part in the design? ..... some really get you thinking.

originally posted by: Catch_a_Fire
How are the designs picked for these patches?, do the people who are part of that project have a part in the design? ..... some really get you thinking.

I was never part of any black projects but I know with each detachment I deployed on, we got to design are own patches. Of course it had to be approved by the higher ups before we could print them. I'm sure it works much the same way for these guys.

I like the idea of that, it explains how they can use humour in the design.

posted on Dec, 3 2020 @ 12:49 PM
link
Cool thread! I love the Minitaur patch.
Popular Mechanics did a story a couple years ago on Spy satellite mission patches.
The NRO apparently is into dragons and wizards and such. I love it.


ETA: The MysteryWire site is very cool. Thanks.
edit on 3-12-2020 by ColeYounger because: (no reason given)

Not a black project, but a black humour patch created by RCAF and also worn by Navy pilots.

This may be my favorite patch I've ever seen. The helicopters i worked on were old as dirt so I love the sentiment here.

ETA. One of our pilots had a good one that said "maverick can't hover"
edit on 3-12-2020 by FauxMulder because: (no reason given)

Thanks for the link thats a good one. Mystery wire is pretty cool I think George Knapp owns it.
edit on 3-12-2020 by FauxMulder because: (no reason given)

As you can imagine, the higher higher ups were not impressed. 😂 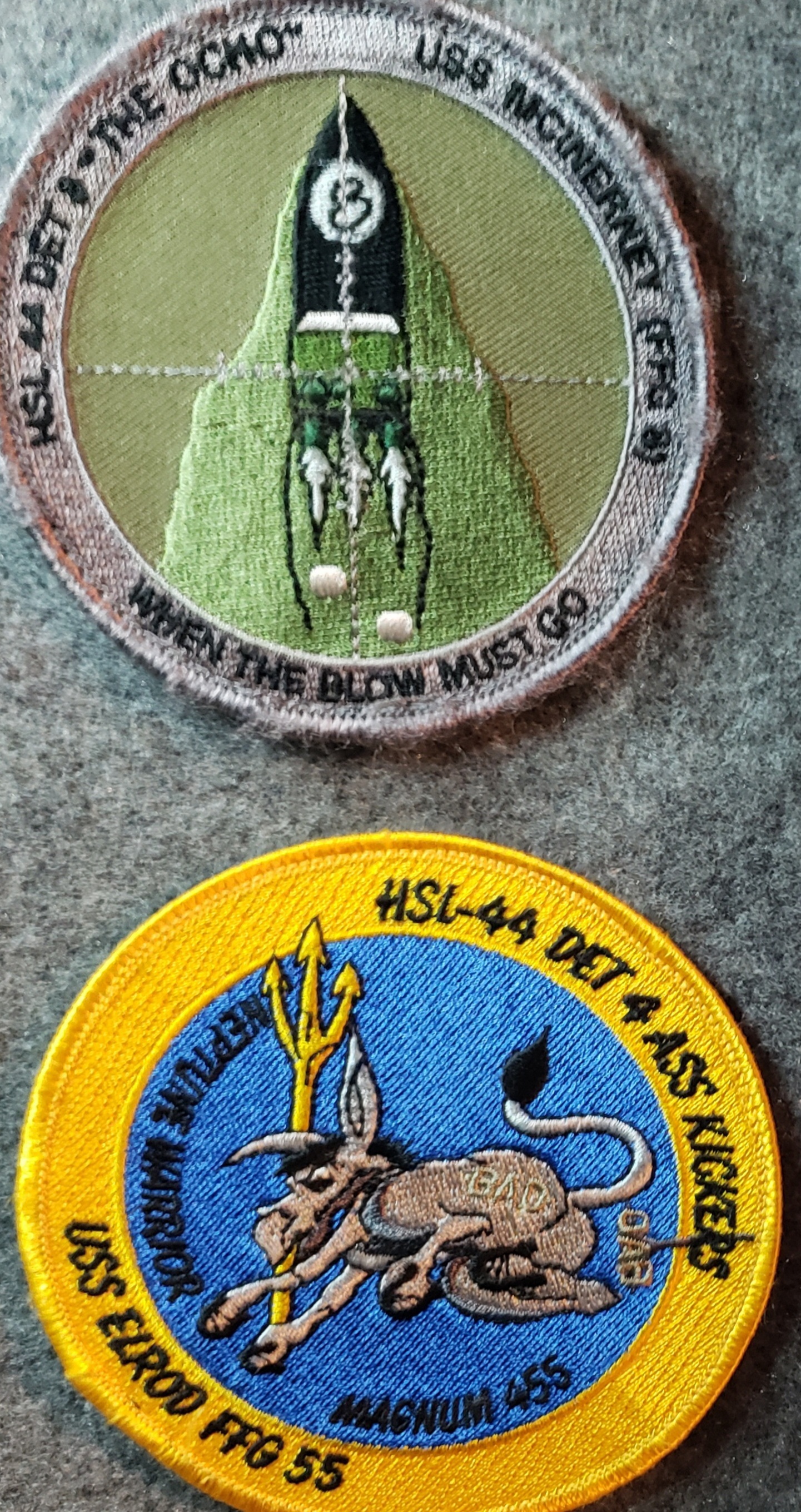 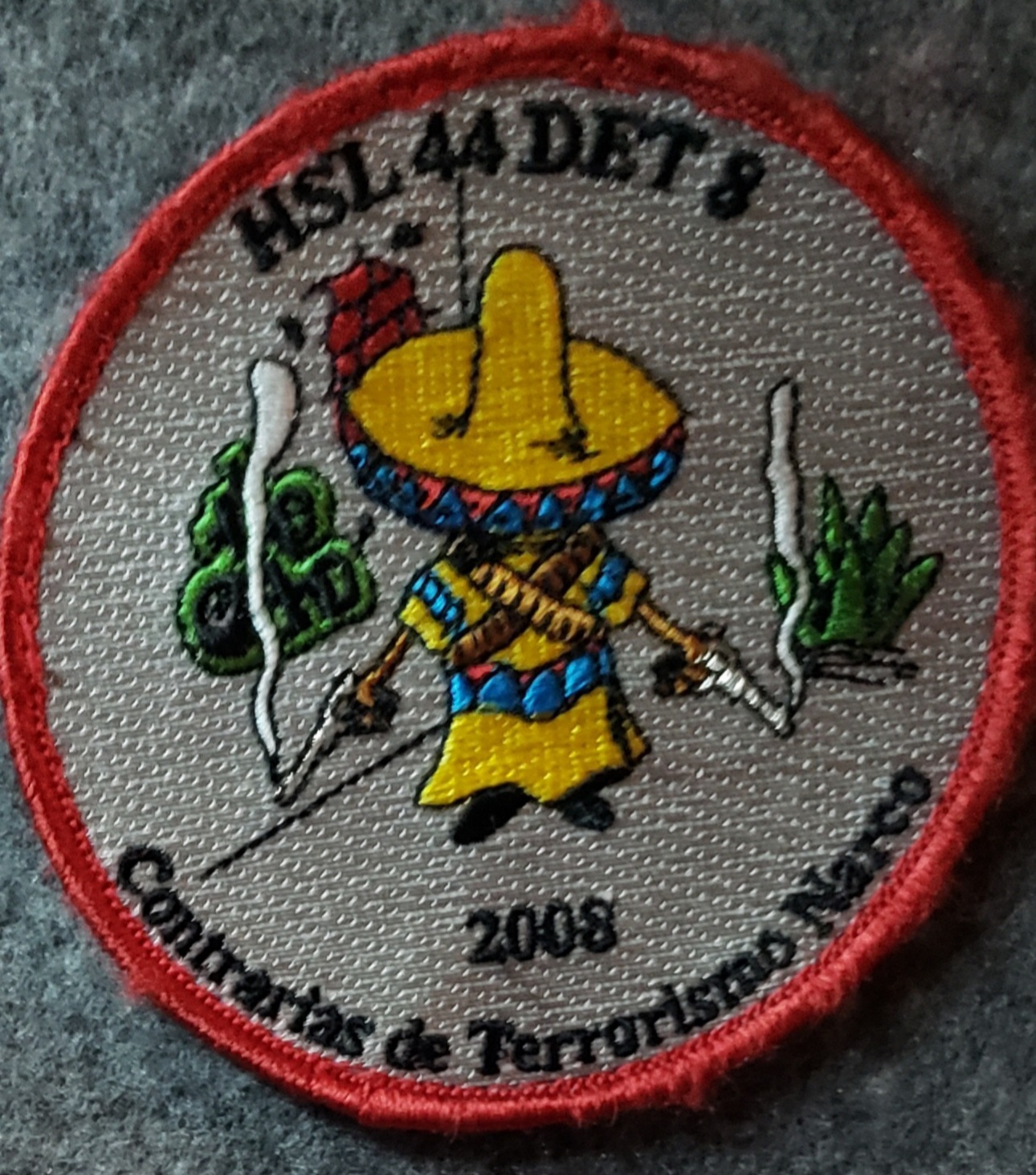 I love these threads when they pop up every few years, reminds me of the good old days with zorgon and John Lear.

Thank You for this,

Goat Suckers designates the Q-Unit of the 4452nd Test Squadron, charged in the early 1980s with testing and evaluating a growing squadron of top-secret stealth fighters at the Tonopah Test Range.

Speaking of "Green Door" the 1956 hit song is about a man who couldn't get into a party raging behind a green door. 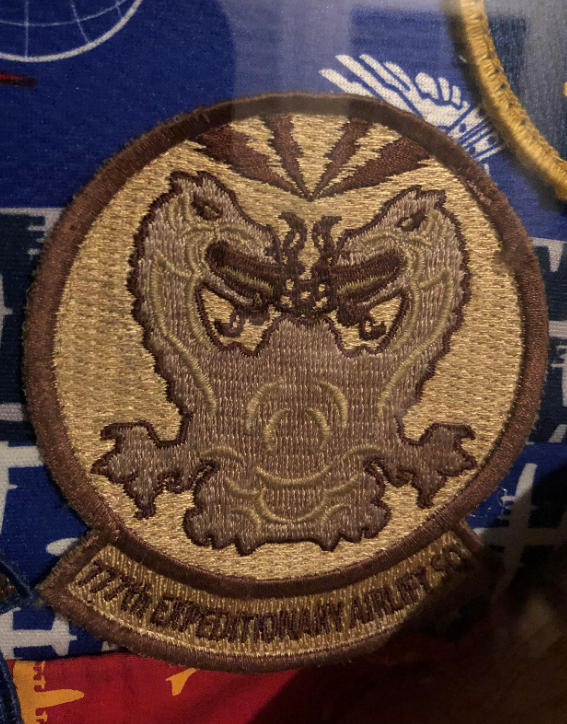