The news here is that Uber has an ambitious plan in play to launch Flying taxis under its UBER ELEVATE program in Los Angeles, Dallas, and Spain. Uber is in talks with NASA for how to deal with sky traffic and Uber has partnered with other companies to reach its goal of 2023. 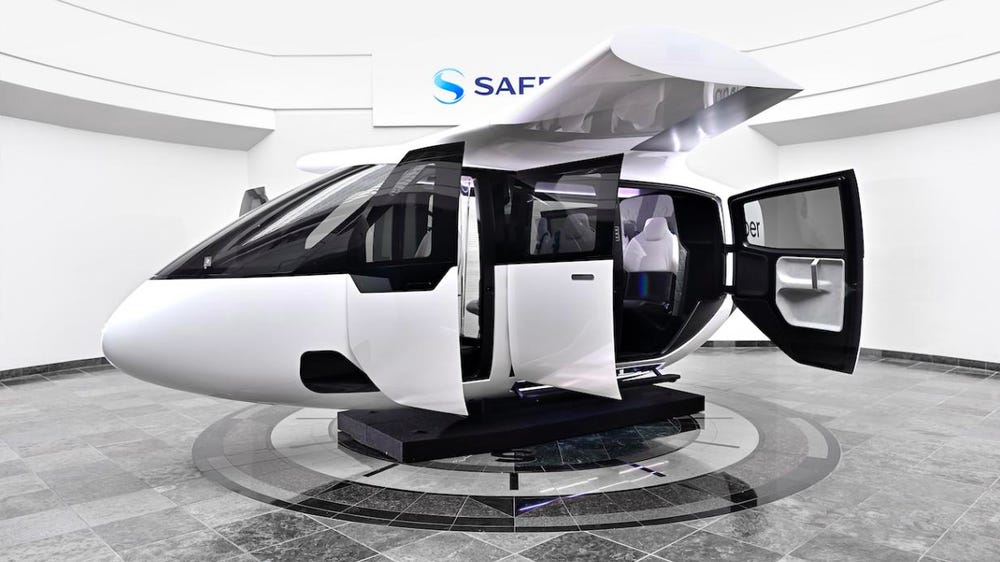 With the promise of fewer traffic jams and delays with public transport, flying taxis could be the perfect solution to a growing problem.

According to some experts, the most we'll see of flying cars in the next 10 years will be concept vehicles, prototypes, and recreational models.

This makes the chances of a global taxi service that implement vehicles like these before 2030 seem pretty slim, but speaking with Business Insider, Uber Spain's director, Juan Galiardo, confirmed that the company's flying cars will be available to customers in 2023.

Pretty cool if it becomes reality. The Uber Elevate program has been in play for a while now so I think this will really happen; Uber has invested too much time and money in Uber Elevate to abandon it at this point I would think. But enough about me and what I think, I want to hear what ATS thinks..........So what says ATS?

originally posted by: Guiltyguitarist
Oh hell no. After all I’ve seen I’m getting a horse.

posted on Nov, 12 2020 @ 02:15 AM
link
The Uber boss is probably going to be right. It'll be a route between A and B over a desert. However, there is a giant leap to flying taxis being mainstream, which will de decades away, if ever.

I really hope that uber do go through proper channels for flight certification. If the behave like the did in most countries around the world initially with no approval and illegally operating with their rideshare services.

Unfortunately most governments approve their services after a huge amount of opposition as the public campaign and support for them, governments had no choice but to mostly to allow them to operate.

I wonder how profitable uber air would be, it cost minimum $2000 an hour to hire a helicopter. How would uber be able to maintain their aircraft, adhere to civil aviation policies and law, licence, insure, maintain, staff, facilities, mostly be compliant, For a flight cost of say a hundred dollars maybe for a 10 minute flight.

These thing will be like a taxi car, poorly serviced ran 24 hours a day to make money off the flight. When will they have diwntime for maintenance.

Don’t let that fancy vehicle fool you. That is only the cabin. It’s basically like a drone sort of vehicle - aka fancy helicopter. So it’s basically helicopter service which they already ran here in NYC for a little while to the airport and also Montauk from the city.

posted on Nov, 12 2020 @ 08:10 AM
link
It's interesting, but uber has a troubling past. Id look into the creators of uber before putting faith into that company.

If you want a funny history podcast about Uber, check out "the dollop" - search Uber. Funny and a bit shocking.

originally posted by: Middleoftheroad
With the crazy Uber rates as of late, I’m surprised they haven’t started a space force themselves.

Last i talked to an Uber driver, they said the money they make wasn't very good anymore. That was two years ago, im curious how the pay is now with some of their high rates.

posted on Nov, 12 2020 @ 06:42 PM
link
so how do they plan to get around the fact that cities, towns and other population areas are no fly zones at lower altitudes? and that those small number of aircraft that are allowed such as helicopters must file flight plans and especially in bigger cities avoid all of the no fly zones. t's not like you can just hail a helicopter to land wherever you are, and take you to wherever you ant to go. instead to fly in a helicopter, you have to use a heliport or special landing pad or zone. which are found either in wide open spaces, and on the tops of buildings. they are not just going to let air vehicles land on roads causing traffic hazards and accidents, wherever they please and fly willy nilly all over the place which would end up causing crashes in the air.