posted on Nov, 10 2020 @ 02:04 AM
link
With Donald Trump's MAGA campaign and subsequent trade war with China, a lot of Big Brand Sweatshops felt threatened by their bottom line while operating in 3rd world China.

Big Tech is also willing to suck the virus off a bat to gain entry into China's untapped 1 billion plus population.

The politicians on the left would become wealthy beyond their wildest dreams and communism would steadily creep into western culture.

One man stood up and gave them the finger, but not in the way they wanted.

Whoever cries foul because of how Donald Trump ran his country towards economic prosperity until the chinese released the bat, does so because they stood to make tons of money.

It was also a career politicians wet dream to install an authoritarian father knows best state, which would've devolved into a ho's know even better state.

Your real fight is not against the cannon fodder calling themselves antifa etc, but against Nike, Gilette, YouTube and all the other too big to fail companies.

They want cheap labor in China, then they want to lecture you into wokeness and then you have to buy their product after being told you suck.

Not only the States, but the rest of the normal people worldwide are up against the brands they see everyday, and they are made in China.

Are you man enough to stand with Trump?

As Gilette said in one of the their ads...

What makes a real man? 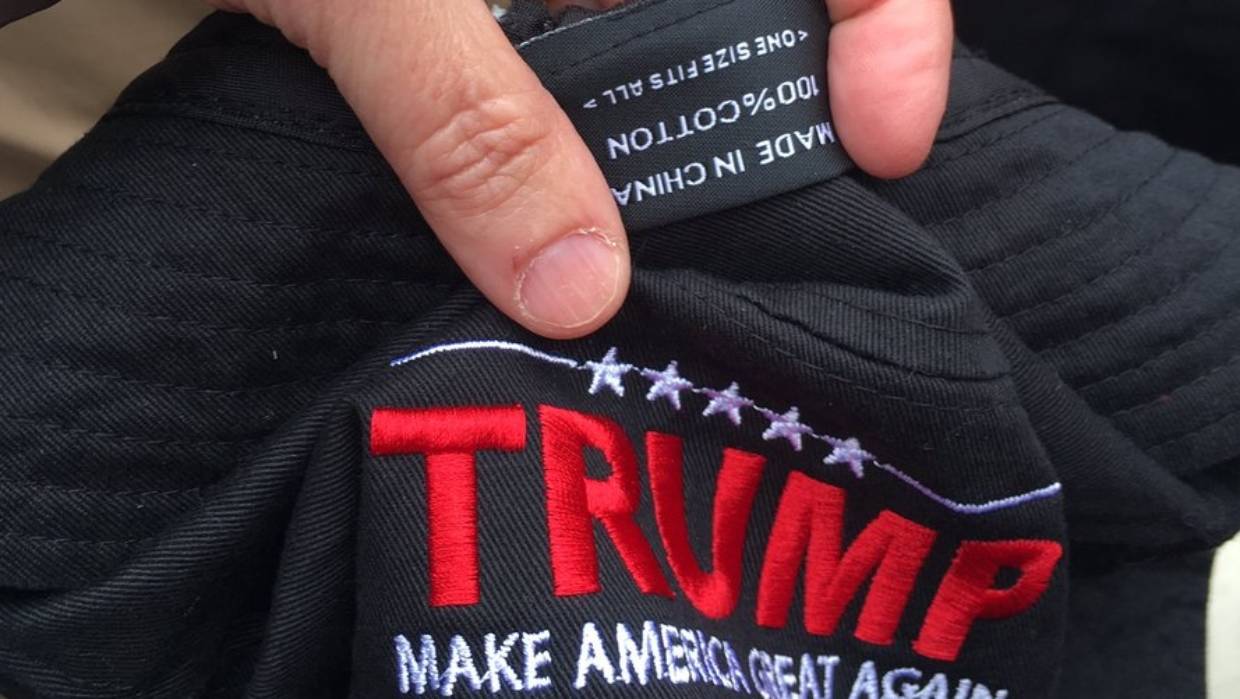 Seems off. Must be the MANdella effect.

originally posted by: operation mindcrime
a reply to: 19Bones79

That looks very off, what kind of article of clothing is that? I only ask, because that label is all kinds of wrong there, being on the apparent outside of it. And if it's not, the embroidery is upside down.

My mother, as generic a seamstress as she was/is, sewed a bunch of crap over my lifetime & most of it to sell in boutiques if not tormenting us kids with her creations. This smacks of a photoshop to me based on how I saw labels oriented & sewn into her stuff.

posted on Nov, 10 2020 @ 02:41 AM
link
Your paranoid. Americans are the ones empowering these companies, not politicians. If the same amount of people that voted for Trump stood up to them and demanded made in America stuff, than they wouldn't have a choice but to bring factories back. It's like the people whining about Twitter while still using Twitter.
edit on 10-11-2020 by AnonymousNutjob because: (no reason given)

originally posted by: operation mindcrime
a reply to: 19Bones79

It appears to be a cheap Chinese knock off of a maga hat.

Are you trying to make some sort of point?

I didn't consider it could potentially be a knock-off. That could be why it looks all kinds of off to me then.


CLAIM: Trump’s “Make America Great Again” caps are made in China, not the U.S.

AP’S ASSESSMENT: False.  The hats are made by a manufacturer in California.

THE FACTS:  A post circulating on Facebook with a picture of a red MAGA hat that bears a “Made in China” label falsely claims President Donald Trump’s official caps are not made in the U.S. Such claims have circulated for years on social media and have re-surfaced in recent months as the president engages in a tariff war with China.

Brian Kennedy, president of Cali Fame of Los Angeles, a California-based company that makes the official hats, confirmed to The Associated Press on Tuesday that the hats are produced entirely in Carson, Calif.

I could see how you would suspect me photoshopping this...lol

But it wasn't really the real point of my post.

It looked to me like you were implying that Trump is a hypocrite because his hats are made in China which they quite clearly are Not.

Nice back-peddle though. Not.
edit on 10112020 by Wide-Eyes because: Operation back-peddle

I'm gonna give you 3.5 cents, what with rampant inflation these days.

We could learn two things from this reply:

-Don't trust too much on your assumptions

originally posted by: operation mindcrime
a reply to: Nyiah


But it wasn't really the real point of my post.

The injustice of doing business in China at the cost of the American economy and its people.


You're trying to insert claims I never made, nice try.

originally posted by: Never Despise
a reply to: 19Bones79

I'm gonna give you 3.5 cents, what with rampant inflation these days.

I dont want something for free.

Allow me to respond in kind. 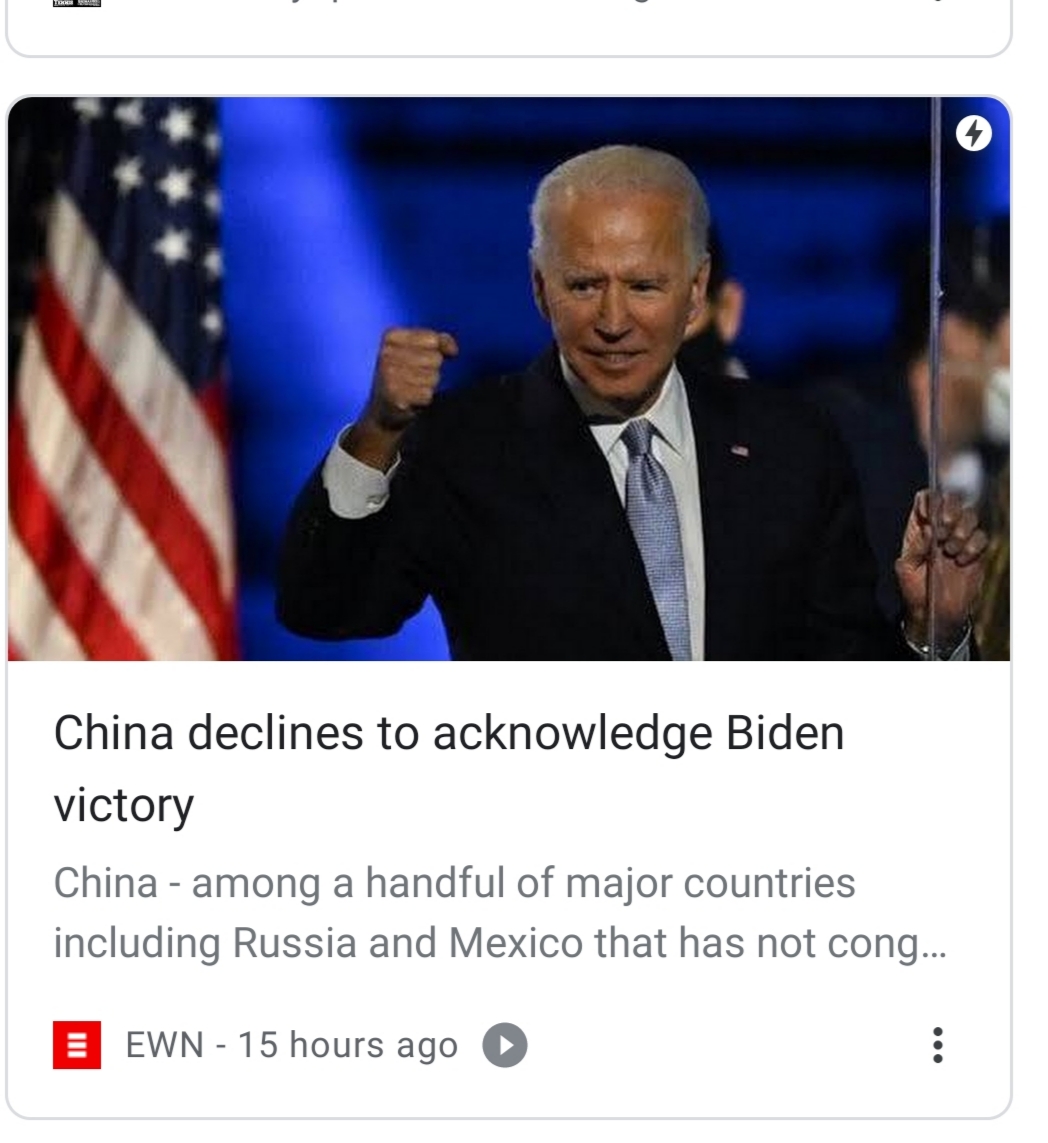 originally posted by: operation mindcrime
a reply to: Nyiah

I could see how you would suspect me photoshopping this...lol

But it wasn't really the real point of my post.

You tried to "back that thang up" and failed.