posted on Nov, 8 2020 @ 11:06 PM
link
So Florida had everything wrapped up in a short amount of time and it became evident Trump was going to win there, I noticed they were very focused on it, and as soon it became apparent that Biden was under-performing from the 2016 election in strong blue counties they basically dropped Florida coverage and moved on.
Jeb Bush went on to mention that Florida fixed their issues after 2000 that is why they had a faster and more accurate count, there is no issue in Florida in 2020. Thus the Florida county votes both blue and red probably reflects the percentages for other counties in the rest of the country statistically.

The anomalies shown below give the President every reason to not just roll over and concede, if he can fight this out and win in court.
The nation is already heavily divided, so Bidens call for unity is garbage especially with the obvious fraud. 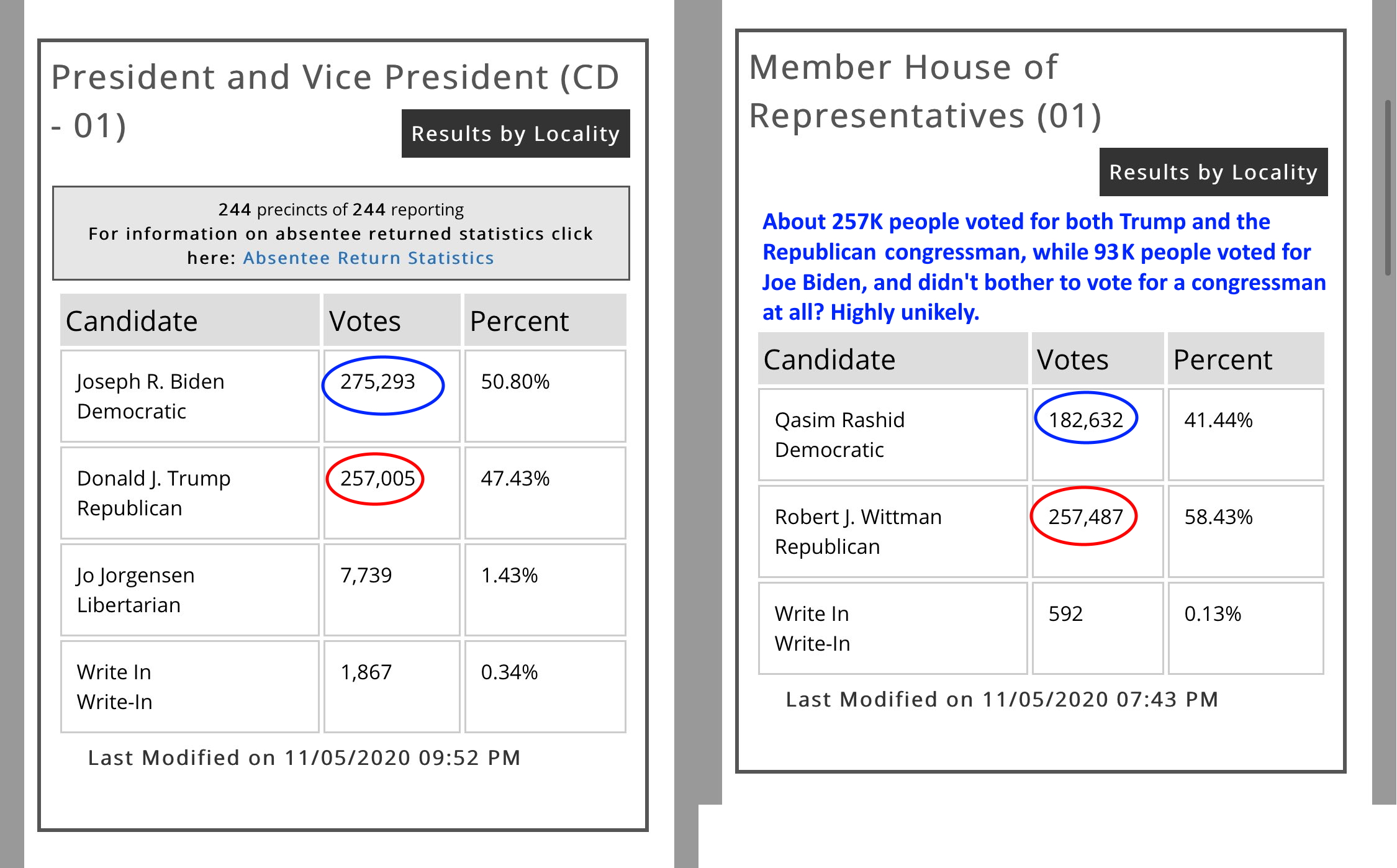 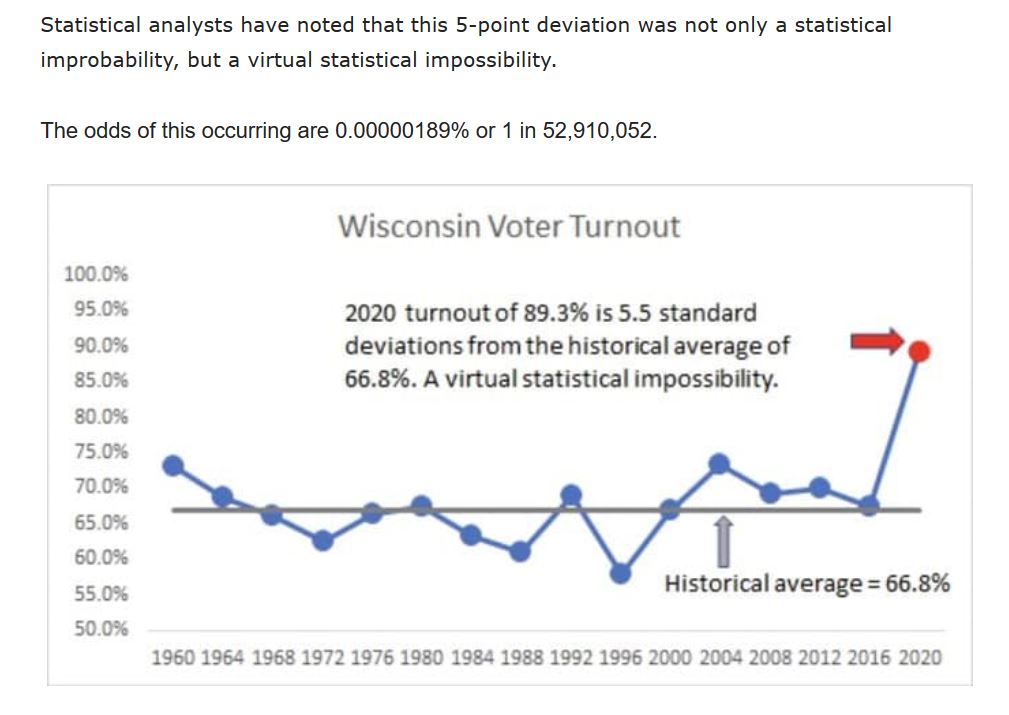 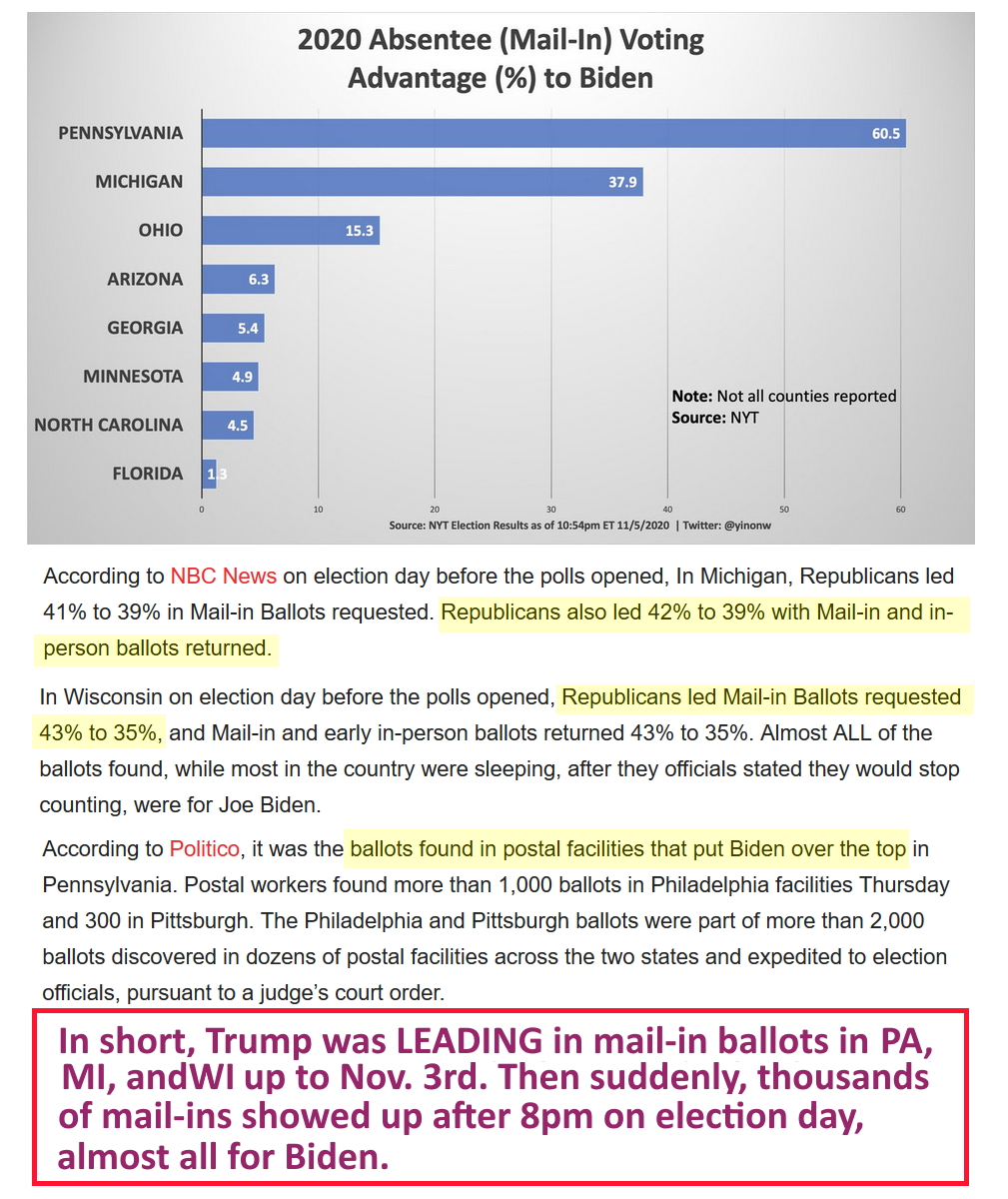 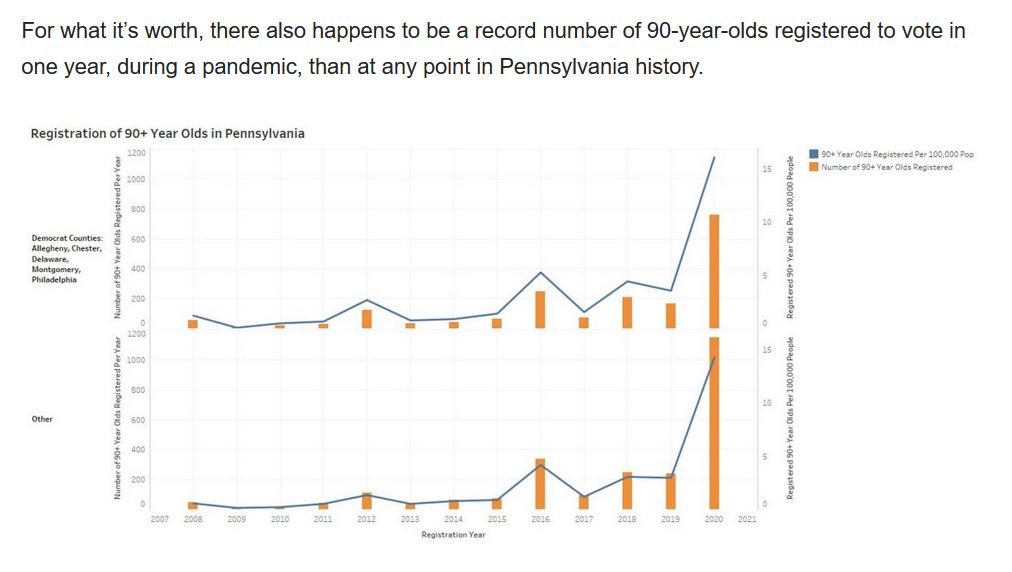 Both Wisconsin and the insane number of "only Biden" ballots are obscene anomalies.

Even more, 1,776% increase in voter registrations for people over 90? Really.

Ton of info here as well -


I would like to see a 50 state map that show the # of votes for just "Joe Biden" with nothing else.

It will be quite telling if these "Ballots" are ONLY obscenely high in these "battleground states" as statistically, we should see this behavior elsewhere.

posted on Nov, 9 2020 @ 12:01 AM
link
a reply to: Blue_Jay33
The legal teams have included these statistically unlikely anomalies in their packages of state-by-state evidence which they will be presenting to various judges/courts, starting Monday morning.

posted on Nov, 9 2020 @ 08:51 AM
link
So it is alleged that Dominion software programs code name Hammer flipped votes from Trump to Biden.
This happened on live TV

And the networks are deleting their live streams, "come on man" as Biden would say.

Forget about Trump he will be gone soon anyways, this is about the integrity of the electoral process in America.
It's a choice if even Americans that dislike Trump don't care about democracy anymore.
It basically means they will appoint who they want and it's all a dog and pony show of illusions.

posted on Nov, 9 2020 @ 09:13 AM
link
I love how all this evidence keeps coming in everyday, especially mathematical evidence. It's going to get to the point where it's overwhelming, if not already, that even the MSM can't suppress it. I seen alot of people make the claims well joe should have more mail in ballots. But I watched the election very closely and mail ins were about 50/50 everywhere on election night. That trend should have continued even as they kept counting through the days. But around 4am Tuesday morning the numbers started changing, but if you go back and look county by county in the states that weren't "important" it's still remains about a 50/50 split on average.

posted on Nov, 9 2020 @ 10:21 PM
link
Who decided to use a software company called "Dominion" lol. The name says it all. Thanks for taking the time to put this together. The Republican party as a whole needs to get behind trump immendiately or risk losing support for the 2022 midterms.


MOST VOTING SYSTEMS IN US NOT OWNED, JUST CLOSELY TIED TO SOROS, DNC, WORLD BANK AND WEF


Hmm...i wonder how many animals have really voted in the 2020 election

posted on Nov, 9 2020 @ 10:58 PM
link
The old switcheroo -- This is beginning to appear like a strategy used by the Democrats to steal this election.

A switcheroo is a sudden unexpected variation or reversal, often for a humorous purpose. It is colloquially used in reference to an act of intentionally or unintentionally swapping two objects.

But this... it's intentionally!

We’ve reported on numerous events identified in the 2020 election already which are being referred to as ‘glitches’ by the Democrats. Tonight we just uncovered another ‘glitch’ in Wisconsin.

When this one is confirmed it will result in a 19,500 vote gain for Trump making the Wisconsin race a total toss-up.

There is now a pattern of events we have uncovered across the country where votes are being taken from Republicans at all levels and transferred to competing Democrats in offsetting amounts.

These are not random because in every case votes are moved from Republicans to Democrats.

This is beginning to appear like a strategy used by the Democrats to steal this election.