In a manner of speaking, all life is one.. behind garbled concepts
of good and evil, divine and not divine, it's all the same stuff.

Much of the perceived melodrama is entirely on us.

originally posted by: karl 12
One of the first reports to openly address occupant antics and catalogue UFO physiological effects, the NICAP paper 'Strange Effects From UFOs' by Gordon Lore is quite an entertaining one and has now been made available free online. 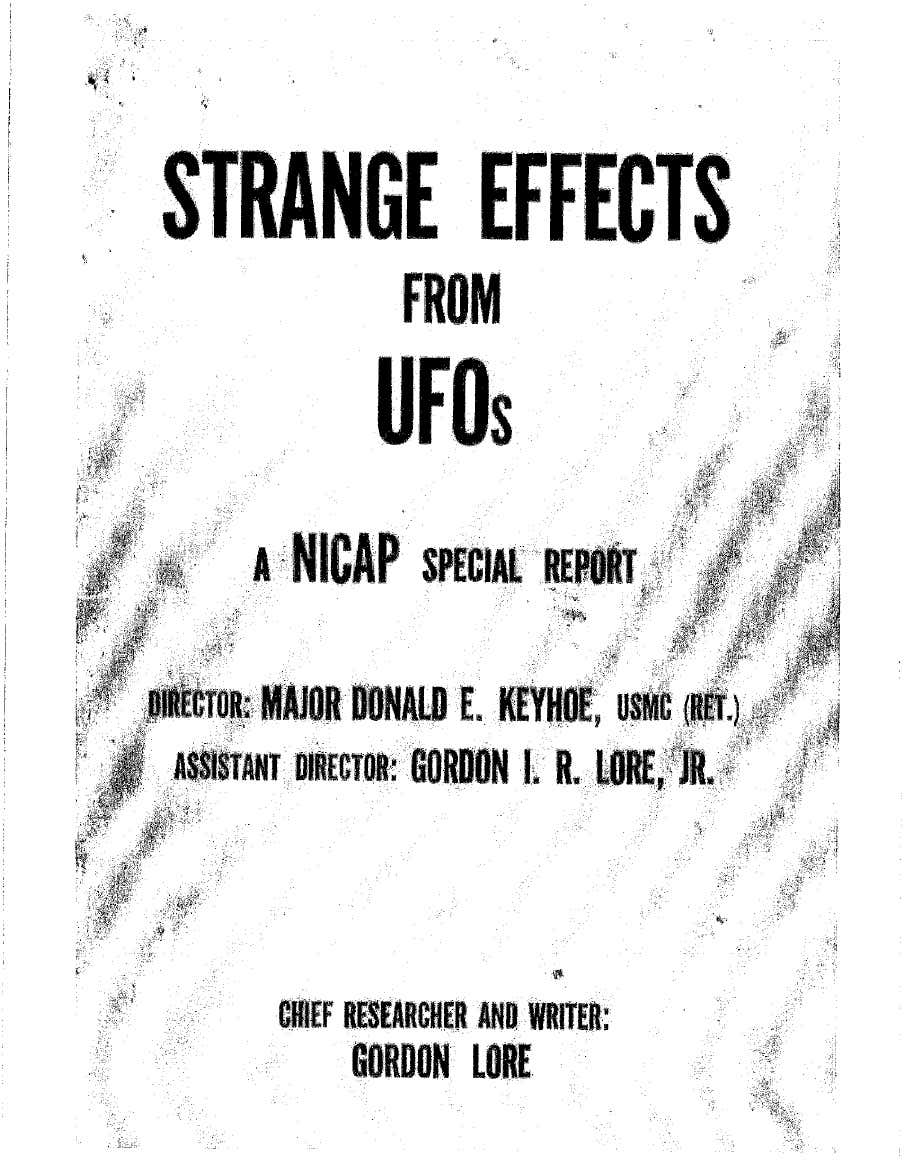 Page 27 of 88 - Of the NICAP Report - "From Strange Effects From UFO's" - Depicts an artist's drawing of a helmeted creature or robot --- That some hunter had a close encounter of the Third Kind with:

Which happens to be very similar looking to the helmeted creature or robot, that I took a photograph of...back in 1972 - On the Western Shore of the Chesapeake Bay, at Calvert Cliffs, Maryland --- Though I did not visually see the creature or robot when I took the photograph.


There have been hundreds of reports of strange effects, both physical and psychological, from UFOs, ranging from the most bizarre to well-documented cases from well-trained, competent observers.

Yet, even some of the more bizarre, almost unbelievable reports are well documented and come from witnesses whose reputations for honesty and integrity are undisputed.

It is the purpose of this publication to detail a cross-section of these puzzling cases, excluding, of course, obvious hoaxes, psychological aberrations and wild reports obviously intended for publicity and or mercenary purposes.

Some of the more fantastic cases have been presented, even if we do consider them dubious, so readers will be able to survey all this type of evidence and thus be in a better position to judge similar future reports.

Here he is in an interview discussing various aspects of the UFO subject including the archival research of Barry Greenwood, Dr James McDonald's first trip to NICAP (and his tragic death) and how CIA operative Stuart Nixon warned him not to release and publish 'Strange effects from UFOs'.

Gordon also co-authoured this paper which is freely available.

"One of the most significant developments since 1964 has been the increasing concern over the UFO problem demonstrated by professional scientists and engineers.

pg 27 0f 88 - From strange effects of UFO's - NICAP PDF file: Which depicts an artist's drawing of a helmeted robot --- That some hunter had a Close Encounter of the Third Kind with ---

Is very similar looking to the purported helmeted creature or robot, that I photographed in the summer of 1972 --- On the Western Shore of the Chesapeake Bay, at Calvert Cliffs, Maryland --- Though I didn't visually see the creature or robot, when I took the photograph.