Thank you for your service President Trump! 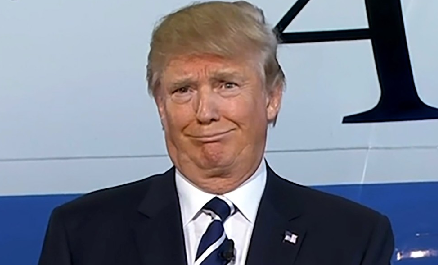 Record deficit spending to the tune of $3.9 trillion for his term alone.

After nearly 4 years he still doesn't have a real healthcare plan. Has yet to present anything comprehensive.

Reports that Trumps travels have already broken the Secret Service's budget. Vacation costs per month having already exceeded those of Obama's in a Year

The expansion of unprecidented spying powers thanks to his own AG.

His every intention to keep Guantanamo open with the continuation of no trial for many of those detainees.

His administration's continued pursual of charges against Snowden, despite the fact the courts had ruled the unconstitutionality of the mass surveillance programs. His AG 'vehemently opposed' to any possibility of a pardon, and Trump's continued 'mute' on the subject.

Blatant admiration on display for dictators like Kim Jon Ung.

His avid support and protection of the royal Saudi Arabia regime, including throwing a lifeline after the murdering of journalist Khashoggi.

His pathetic muted display at the Helsinki Summit during which Putin attacked the veracity of his very own experts and intelligence officials.

His push for locking up all his political opponents, pressuring his very own AG to take some kind of action.

The elimination of net neutrality

His blatant use of the executive to pressure businesses into silencing staff for practicing first amendment rights. Case in point, the NFL and Colin Kaepernick. The use of the executive in threatening the free press from posting news articles he doesn't personally like.

The millions his family has received in paycheck protection loans during this pandemic, intended for struggling businesses.

Attacks on his own health officials and unqualified (dangerous) recommendation of injecting 'disinfectant' to fight a virus.

Reports are abound that by the majority of that trillion dollar tax cut will most benefit foreign investors.

The Military Industrial Complex is booming as a result of Trump's actions in office.

He's dramatically expanded the drone program with no hesitation. He even sought a large strike against Syria. No hesitation.

‘Tsunami of untruths’ with more than 20,000 misleading or false claims within a matter of 4 years.

And yet we're supposed to take on another 4 years of this?

Is corruption in DC going to dramatically change once he's out? Of course not.

In the end the facts above don't change.

Any excuse can be made, any whataboutism can be pointed out, neither will change the above. plain and simple. He needed to go, and good riddance at that.

Isn't that what you said about Hillary?

Biden has had 47 years, Trump has had four.

Let’s ignore all the other misinformation and go right for

with more than 20,000 misleading or false claims within a matter of 4 years.

Who’s wasting time?
edit on 3-11-2020 by SeektoUnderstand because: (no reason given)

posted on Nov, 3 2020 @ 05:11 PM
link
I’ll check back later to see all the name-calling towards the OP without anyone disputing the provided links.

I really don't see any of what you listed being any different than what a democrat would have done over the course of the last four years.

In my estimation it would have been EXCEEDINGLY worse, especially for individual rights and the degradation of society as a whole.

I miss the time people ( most notably journalists) actually researched and “investigated” their stories.... anyone who does it in today’s age; gets silenced, killed, or disappears.

With the sun setting on the Trump presidency, a new darkness arises.

The Dark Lord, The Grand Socialist Biden thus begins his reign of terror.


I will.
Most are foreign based "news" .
The rest are not even regarded as "news" sources , and by their own admission are just "editorials" .

For the most part the article titles are "click bait" to draw the ignorant in .

Standard fare for this type of thread.

Feel better now that someone answered ?

Denying ignorance .
Why ?
Folks don't ever read the entire articles they link to. Just the title.


originally posted by: Drucifer
I’ll check back later to see all the name-calling towards the OP without anyone disputing the provided links.

I’ll give ya that one, for the most part. I think my bigger point was that ATS has hit playground levels of childishness lately. While the sources may suck, the OP still put some time into the post and didn’t just write “Trump’s stupid because I saw it on TV”.

SG always puts time into his post. Cant deny her that.

The analogy of painting and polishing a turd comes to mind. If folks want to craft their understanding of the world starting from a place of cognitive bias, there are plenty of media outlets to accommodate.

Thinking for ones self take quite abit more effort and critical thinking than what these threads provide, no matter how "researched" they appear.
edit on 3-11-2020 by JinMI because: (no reason given)


A total of $6.6 trillion added to our national debt, set to reach a total $23 trillion by the end of this year.

You should be thanking Pelosi for spending 6 trillion on a fake pandemic.

But who cares about real facts.

Back to your little Trump bash.

What's another $11 trillion and the destruction of civlization as we know it.