posted on Nov, 1 2020 @ 01:20 PM
link
I registered repub for the primaries back when ron paul was cheated out of the nomination. This year was the first time I voted repub other than those two times in the primaries.

I registered as a republican during that time too. They really did cheat Dr Paul.

I really want to vote for JJ, but she's nowhere to be found. At least she's leading above Kanye in the polls. I gotta give this one to trump.
edit on 1-11-2020 by Rekrul because: (no reason given) 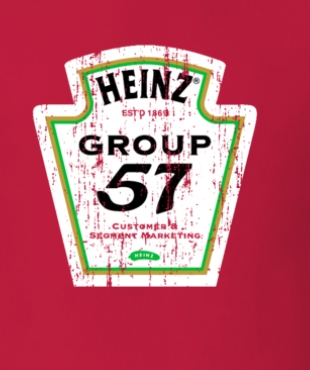 President Trump is a Champion for Americans Constitutional Rights that they ALREADY Enjoy . Biden is For Taking those Rights Away from All Americans . That's this Election in a Nutshell . Simple Choice to Make Really ........

posted on Nov, 1 2020 @ 06:07 PM
link
Nt like anyone will read this, but for the most part PA IS republican.
We get screwed every election by Philly voting Democrat. PGH is the only small western pa holdout for the Dems.
The problem with PA as a swing state is "what will Philly do this time"?

I wasn't at the Butler Trump rally, but working just down the road from there.
It was absolute insanity with people dressed in Trump gear, Trump flags, the whole works. Buses were showing up at 6:30 am for the rally. The local police had Airport rd blocked off at 11pm Friday night FFS!!!

Usually when a president makes an appearance all normal local traffic gets hosed, and this time was no exception.
Have to mention Kudo's to all the local police departments doing Parking & checkpoint duty. They were helpful and polite as they were besieged with massive lines of cars.

Getting home after shift was a stone cold drama. 8 million people looking for a place to park an all I was trying to do was get out. Besides my own tiny inconvenience about the only negative thing was Trump used the group Queen as it's music. Have to say the dems have the republicans beat on rally music.

Not in PA but my wife is a teacher and thereby presumed to be a democrat. She is not but because she is in the teachers union we get all the democrat propaganada in the mail regardless of her voter registration. I bet these early polls make a huge assumption that all people in a certain professipn or union will vote a specific way. Its simply not true like it may have been 20 or more years ago.

Read it. I also read some people saying butler is possibly the most red county in the united states. Is this true?

originally posted by: awhispersecho
Biden hasn't had 57 thousand people for all his appearances combined.

The fact that Butler County got ANY press at this level is amazing. The pro-Trump signs have been up and very visible for months now. While I can't speak for an entire county it's always been my impression from working with many people who reside there that yes, it's firmly a republican stronghold.

Not that that's a bad thing.
Unlike what you read about republican supporters most people have done their homework and articulate very reasonably why they've chosen Trump as a viable candidate. The myth of blind and rabid support is exactly that. People can and do give you very concrete reasons why they are continuing to support the President.

Most of the reasons are economic.
The Dems have done nothing for the economy except make getting by infinitely harder.

originally posted by: drewlander
a reply to: tanstaafl

What will they do this election. Probably go to real low lengths

But they must see all these trump parades , the convoy by me lasted 3 hours.

It was really pathetic

Poor old guy should be relaxing these last older years. He does have a grandson now
.

originally posted by: Fools
a reply to: Xtrozero

I find it interesting that whether through brainwashing, provocation, or propaganda that there are people in this world that think that the people in the video are disgusting and stupid racist and/or nazi's that have somehow been duped by "russian propaganda".

While at the same time the people they LOVE have been in power for 5 decades at least and egg on BLM and Antifa kids/people into burning and looting and murdering people.


We live in one of those crazy alternate universes that people in other universes laugh about.

Giant rallies are also indicative of no Covid fear.