Not all cops are bad, I don't partake in that belief. When I was growing up in Detroit, at that time all police and firefighters had to live in the city. My area was predominantly cops and firefighter families. Most of the kids in those families followed in the Dad's footprint and became cops themselves. They are not happy with the ones that give themselves a bad name. They are not happy that they are not rooted out of the force as in turn it makes all of them look bad. They do a lot for the communities they serve.

My youngest plans on being an attorney and has had to job shadow due to an early college program she is in. She has shadowed a friend of mine with the Detroit SVU and at the prosecutors office. You can see the good they do and those that are not so good. I believe better training and weeding out those that are either on a power trip or racist should be the next step.

I'd like to have a few moments all alone with these pussies....

And stop furthering a narrative that puts a target on our heroes backs.
edit on 31-10-2020 by tinktinktink because: (no reason given)

For such a short sentence it's remarkably incoherent.

Why is he so aggravated at a car with a woman in it?

Sure, he could just be an angry guy who hates black people so much he just wanted to smash her head in.
Or.
Stuff went down before the clip starts, no idea what the woman did or didn't do, we only have anecdotal evidence. To me it could also look like someone who believes this woman to be a danger to the child for some reason, so much so that he rather smashes the window and pulls him out than letting her drive off with him.

Either could be true but despite having seen a lot of hate, it seems kind of illogical that they literally just do it for the hatred of black people.

Unless we know what exactly went down this shouldn't even be discussed.

You ever thought for a second


By being an echo chamber for these bs stories you could cause a hero to think twice before acting and cost the life of an innocent person somewhere. Heroes reading over the internet see these threads then faced with a life or death choice think back to that thread and say I don't want to be viewed in this way. I don't want to cause unrest and winds up not protecting someone or themselves.

It's reckless of you to further echo proved lies over and over again.


originally posted by: tinktinktink
Yes because police regularly go around busting out windows of innocent bystanders trying to comply with the direction. Try again this is just a very sorry attempt at smearing the police who are just normal folks going to work each day except they have a target painted on their backs from the likes of you.

Hmmm... you missed the 6 Atlanta officers who waved at a car of white people, then attacked the car with two black students? Dragged out, tazed and injured? The cops were fired. Again all on video.


There is always more to the story.

In the Atlanta case, if you watch the entire video, the kids were talking smack to the cops and then attempted to drive off and were only stopped because they were stuck in traffic. It is at that point they were arrested and started crying.

The entire body cam footage is on youtube.
edit on 31-10-2020 by Edumakated because: (no reason given)

originally posted by: tinktinktink
It's reckless of you to further echo proved lies over and over again.

I guess those whiney marys concerned about it should get a different job then.

Stopping my argument with you and started praying for you brother. Don't let your heart be darkened and remember most people wind up regretting saying such an awful thing. I pray you won't and you find peace in your life that helps you overcome such a dark veil.

originally posted by: tinktinktink
Stopping my argument with you and started praying for you brother.

No need, I already made a couple sacrifices to Cthulhu this morning, you should pray for yourself and that you get over your bizarre anger towards people pummeled by the police unnecessarily.

originally posted by: frogs453
a reply to: Edumakated

Watch the video. They didn't have broken bones.

They were tazed for being uncooperative. They tried to drive off while police were attempting to remove them from car.

The police were arresting someone (the crackhead screaming at the beginning of video). The college kids pulled up and started talking smack to the police. The police asked them to chillout. They kept talking smack. Eventually, the police got tired of it and decided to arrest them. Instead of complying they attempted to drive off (once while cop was actually in the car.).

This is the ENTIRE body cam footage.


Unless we know what exactly went down this shouldn't even be discussed.

Here's what we do know, based on the video footage. 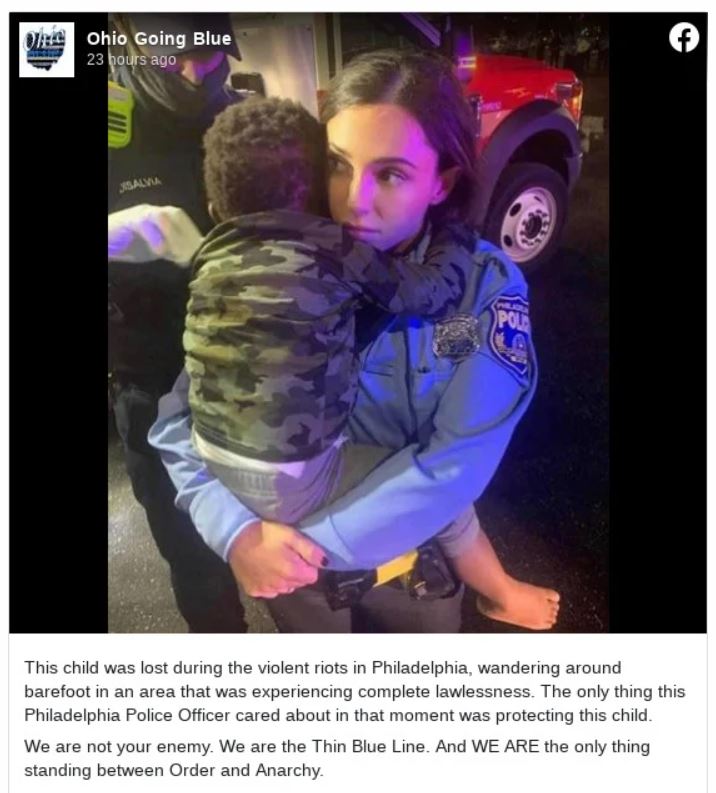 ^This is a complete and total lie.

Is smack talking the po-po a crime or were they just a bunch of hyper-sensitive pussies?

Do you think I just make stuff up when I post?


Young suffered a fractured arm and a gash requiring 24 stitches as he was pulled from the car, Howard said. Young told Howard’s investigators that an officer who escorted him away after his arrest punched him in the back more than 10 times as they walked.

originally posted by: frogs453
a reply to: Edumakated

The other thing you need to remember is this was during riots. Cops were already on edge for good reason. So why would you antagonize people who can arrest you? Play stupid games and win stupid prizes.

Everyone of these cases starts with people simply not STFU and following directions.

Is smack talking the po-po a crime or were they just a bunch of hyper-sensitive pussies?

Not a very smart thing to do when cops are already on edge in the middle of a riot. They put themselves in that position. We can argue if the cops over reacted, but the video is clear the kids instigated it and the driver's attempts to drive off is what caused the entire incident.

originally posted by: Edumakated
Not a very smart thing to do when cops are already on edge in the middle of a riot.

I didn't ask if it was smart, I know it's not, I asked it was illegal.

You would like to think that if you are not committing a crime you would be allowed on your way. These days, not so sure. I have seen video of people intentionally hitting protesters with their cars and then let go on their merry way. Why some can do that and others can't even turn around is beyond me.

Protesters blocking streets is no longer protesters, and a dumb thing to do. As to your first sentence maybe if you add in riots nightly you can see why the police are more aggressive…lol I find it remarkable you even need to ask the question since the city is under a curfew at night and the driver was disobeying that. Typically for the police to act in that way it is because they gave direct orders and the person didn't follow them.

I'm not defending the police here, if they did wrong then handle it accordingly...

I didn't ask if it was smart, I know it's not, I asked it was illegal.

She was breaking curfew and we do not know what direct orders the cops gave her too that maybe she didn't follow.