Kamala and Her Sick 60 Minutes Interview

posted on Oct, 27 2020 @ 04:26 PM
link
she got that fake laugh from Hillary. any halfway tough or intelligent question met with laughter. "ha ha that question is so stupid I can't believe you're asking it." nauseating.

I remember when 60 Minutes was cutting edge journalism. how they have fallen.


the holocaust has nothing to do with laughter.

Does turning streets,cars,buildings in to ovens count ?

Ya know like what BLM and ANTIFA have been doing for months.

Yes her policies are socialist.

The Jihad squad and comrade sanders has been the ones writing them.

They just gave bat snip crazy LOONS a Biden facade to con people in to voting for those whackos.
edit on 27-10-2020 by neo96 because: (no reason given)

See, I told you all she is a bobble head.

posted on Oct, 27 2020 @ 06:17 PM
link
Thanks can someone upload the video because it's showing that the video is not being able to be shown in Japan appreciate any other outlet that can show the video seems like it might be worth watching.


Can this " Pretender " Ever get Through a Media Interview Without Laughing ? It's Almost as If She Can't Believe People don't See Right Through Her False Facade > ?


Can this " Pretender " Ever get Through a Media Interview Without Laughing ? It's Almost as If She Can't Believe People don't See Right Through Her False Facade > ?


Like Pelosi and Feinstein, she's always on "California Time" 🦇🦃


the holocaust has nothing to do with laughter.

Kamala partakes and she inhales too.
Often.

The utter lack of anything resembling a spark of intellect ("the perspective of somebody that....uhh..likes HipHop....hee haw haw haw..whuda' wanna know?!")

The chilling laughter. Yes I'm sure she was a bit nervous, but there's just something about the frequency, tone and conversational context of her laughing that screams mental pathology IMO. The interviewer is stone cold serious, trying to elicit a sober, frank answers to questions on her "policies" and it's like somebody is tickling Kamala's feet with a feather, or she took several hits of Nitrous Oxide before the interview. Yeah that's normal?? The contrast between Kamala's tone and the interviewer's tone are jarring, I mean borderline uncomfortable to watch. What's so #$%^ing funny lady?? Can you not be serious for like 5 minutes? I think this behavior is symptom of underlying psychological disorder (maniacal laughter and sardonic smiles when there isn't any trace of humor or levity to be found in the discussion) or a defense mechanism, either way, not becoming of someone pursuing the office she's running for.

The cliche fallback onto identity politics, ticking off the check-marks on her "perspective" as if these are intrinsic qualifications of political leadership.

I don't remember Obama running back and ducking behind his ethnicity/lineage when someone was trying to corner him on issues. say what you want, but he stuck to the particulars of the matters being discussed without trying to lay down trump cards as evasion tactics, that's my recollection.

I also don't believe her when she professes to be simpatico with Biden. Call it her lack of authenticity, call it lack of trust, call it acknowledgement of the little slip-ups her handlers have made ("The Harris-Biden Campaign" LOFL), call it whatever you want, but I don't buy the narrative.

I think she has been carefully selected, groomed and is being guided by the party handlers to be "the face" of their regime, the perfect Politically Correct Figurehead ("checks all the boxes!!") , the vanguard of our New World Order.

I think she is cognizant of this fact.

I think she is having a hard time "keeping a straight face" and just "being herself", because the entire idea of her candidacy was a gambit, a ruse, hitching a ride on the wagon of an old, broken-down, befuddled White elitist, to carry her into a position she'd NEVER get to on her own merit and ability. She's to await for the appointed time, the appointed signal, and SNAP! spring the trap, "Black Queen takes White Pawn".

Maybe this is what she finds so amusing: the irony of her delivery vehicle. Let the Biden Booster Rocket expend all its fuel, then tumble away aimlessly, drifting into darkness and obscurity, while she ascends into the orbit of power.

I have kept my mouth shut on the constant theme of insurrection, civil war, etc. that is often bandied about here, as it is kind of played out and boorish. It seems to rear it's head from time to time, but I feel it's not a realistic scenario, not a consideration that any sane, right-thinking American should or ought to entertain.

All I will say on the matter is: if this thing plays out like some suspect it will, with a bitterly contested Biden win against Trump involving rampant questions of voting fraud, and then some flimsy and utterly transparent move is made to discard Biden and put this abjectly awful, fake, and unqualified person in position to "lead" this country, and IF her tenure plays out in any fashion like the way she's intimated it might, i.e. pro rioter, pro ANTIFA, pro racism, pro culture war, pro globalism, anti American...the implications of what would've transpired, the strategic placement of this woman and all of the dominoes cascading to bring her to power, the party's insistence on force feeding her as a VEEP purely on her identity checkboxes and complete lack of charisma or mental acuity, the coupling of her with the bumbling elder in Biden, all of these machinations will have IMO created such a monumental situation of distrust and disgust with American political machine, that I can't but help see Americans truly warring with other Americans, with the perception being that Harris was a "plant", a mole, a Manchurian Candidate that was strategically embedded and positioned for the express purpose of collapsing this Union.

I truly hope enough Americans watched sufficient interviews with this woman to inform their decision making in the voting booth. I am a pretty cynical person, though, and so much has been done by tPTB to disguise, deflect and misdirect all of us. I truly hope I'm wrong and that either Biden is defeated, or if he does win, he has the constitution and physical/mental fortitude to a) survive his entire term and b) not go face down into his oatmeal along the way.

TL;DR something is very wrong/"off" with this woman. I'd rather have a 3rd term of Obama and it's 50/50 if I'd pick her over Bush #2 as the worst president to serve in modern history. I pray she never sits behind the Resolute Desk. 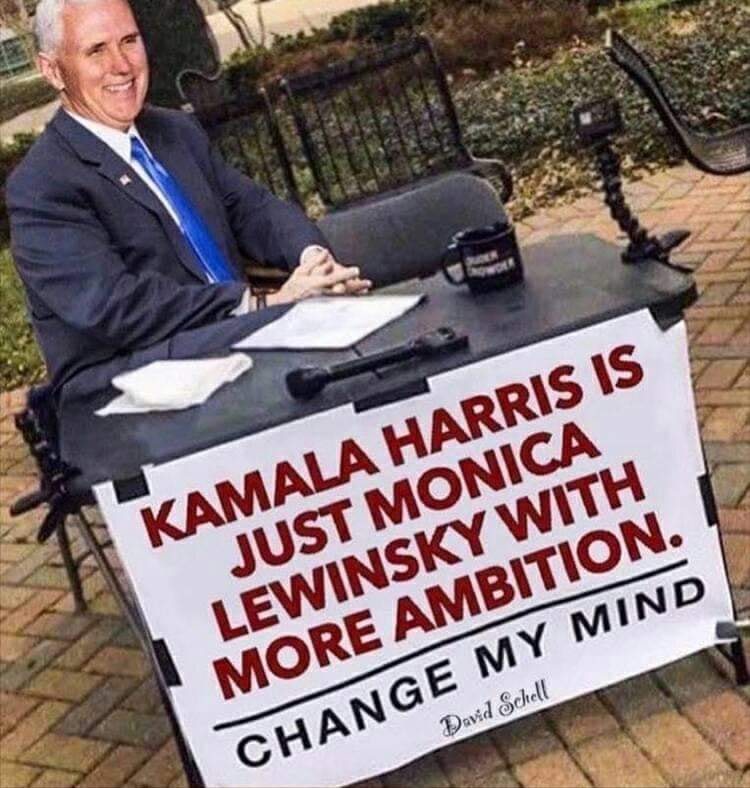 posted on Oct, 27 2020 @ 08:03 PM
link
Was there ever a "Female Joker" in any of the Batman comics?? Kamala would be a perfect fit for that role. Maybe Harley Quin would be a more reasonable character (win-win we get to cancel/rewrite another chapter in the story of White Male Patriarchy).

originally posted by: SleeperHasAwakened
Was there ever a "Female Joker" in any of the Batman comics?? Kamala would be a perfect fit for that role. Maybe Harley Quin would be a more reasonable character (win-win we get to cancel/rewrite another chapter in the story of White Male Patriarchy). 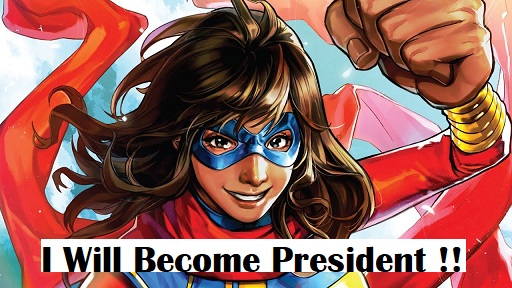 You should stick to German politics down at the Munich beer garden.

Questionable . She is Also of India Heritage .

posted on Oct, 27 2020 @ 09:51 PM
link
this chick enjoyed putting people in jail for years.
i met psychos who enjoyed bullying others.

this skanq is one of those psychos.
ruining peoples lives, so she can feel 'important'

posted on Oct, 27 2020 @ 10:19 PM
link
When I was groomed for public speaking, I was highly critisized for saying words like "um" and "like". I now make a concerted effort to not say those things. It shows weakness of vision, those words are fillers when your brain is trying to figure out what to say next. If you have a clear message to send, you don't need to think about it.

Kamala's broken speech and laughter tells me she is trying to answer correctly to the question. She's not answering from any kind of grounded space. She's pandering. She laughs to fill air time to figure out what she should say. She breaks up mid sentance to be seen as the "victim".