Just before the 2016 election, about half the people in the USA became, in HIllary Clinton's opinion, "deplorables." Now, "deplorable" is a pretty harsh word that shocked quite a few people 4 years ago, and I believe was one of the impetuses that put Donald Trump in the White House.

One would have expected the Hildebeast to tuck tail and leave... I mean, that's what used to happen. One made their case to the American people and the American people chose... politicians used to at least look like they respected that decision. I remember a state election many, many moons ago, back when the old redneck was young and dinosaurs roamed the streets, when a politician named Bill Baxley had the gall to challenge the vote that he lost... not once, not twice, but three separate times with constant indications that he wanted to challenge the voters three more times... and three more... and three more after that...

He was finally drummed out of the Democratic party here. Never to run again for any office. Forgotten, exiled, ostracized. And, IMO, rightly so.

Jimmy Carter lost the Presidency. He melted back into obscurity, concentrating on Habitat for Humanity. Ronald Reagan left public office with a smile and went back home with Nancy to enjoy his later years (which there were far too few of). George HW Bush gracefully accepted his loss and took his place in history, only coming back into any limelight when his son was elected... and not desiring any of that limelight then. Bill Clinton is somewhere surrounded by women, dreaming of the good old days with Jeff... out of sight, out of mind. George Bush was in a bit of a spotlight when his father died, but he has pretty much stayed silent on politics (OK, he doesn't like Trump, but his name rarely pops up).

But now we have Barack Obama, stomping through the campaign trail for Biden, probably making more campaign stops then Biden himself. And we have the ultimate refusal to go away, the subject of this thread, the Wicked Witch of All Directions, the infamous Hillary Clinton, she it of the endless excuses, today has tried to one-up even herself.

Read all about it here.


Former Secretary of State Hillary Clinton has said the idea of President Donald Trump winning the presidential election makes her physically sick, adding that Republicans "have been cowards, spineless enablers" of the president. The 2016 Democratic nominee also mocked Trump for recently praising her.

Clinton spoke to the New York Times Kara Swisher for her Sway podcast, which was released on Monday. Swisher asked Clinton about the upcoming election and whether Trump could win again.

The former first lady said she "can't entertain the idea of him winning. [...] It would cause cognitive dissonance of a grave degree."

Trump said Clinton "had more energy" and was "a more intelligent person" than Biden on Sunday.


WHEN WILL SHE GO AWAY?

No, O ye of money-laundering fame! I am not a coward and I am not spineless. I am proud to be a supporter of Donald John Trump, and as long as you or your ilk continue to try to berate me into subservience, the longer I will fight against you, be that fight at the ballot box, the ATS forums, in public speaking my mind, or hunkered down behind a shield with an armory by my side. You are the personification of everything evil in this world, and I will never support you, your ideals, or anyone who remotely accepts you as anything other than the world's attempt to scare the Antichrist into continuing to hide! You lost because we the people rejected you. Now go back in your little cabin and leave the rest of us alone.

I needed to get that off my chest... "spineless coward" indeed...

The cankles in a pant suit that won't go away.

The cankles in a pant suit that won't go away.

More like herpes married ebola and they had a spawn...

I thought she would have been indited by now and at least a trial in progress to "Lock her up"...Wasn't that a campaign promise?


I think there is a deeper connection between the Clintons and Trump family, than can be imagined.

posted on Oct, 26 2020 @ 01:35 PM
link
If Biden does lose and I think he will, I'm sure somewhere in the dark recesses of her mind Hilliary will be happy, after all, she has been exiled by the DNC, in her mind she sacrificed for Obama and now this loon is gonna represent the party.

Didn't we just learn that the last 4 years of RUSSIA! was her fault? And she is still given air time?

She needs a muzzle.

A muzzle and a shock collar...

originally posted by: network dude
a reply to: TheRedneck

Didn't we just learn that the last 4 years of RUSSIA! was her fault? And she is still given air time?

She needs a muzzle.

I don't know if the last 4 years of RUSSIA was her fault so much as the source material was her campaign brain child. It took the old admin and the rest of the DNC and Deep State to run with it and turn it into the coup attempt it became.

I was hoping she was gonna run against Trump with her green slime phlegm baby as VP...

originally posted by: olaru12
a reply to: TheRedneck

I thought she would have been indited by now and at least a trial in progress to "Lock her up"...Wasn't that a campaign promise? I think there is a deeper connection between the Clintons and Trump family, than can be imagined.

You know Trump can't arrest anyone himself, right? He can tell the DOJ until he's blue in the face to lock her up but they can stonewall as long as they want, he can't force them to do anything.

originally posted by: olaru12
a reply to: TheRedneck

I thought she would have been indited by now and at least a trial in progress to "Lock her up"...Wasn't that a campaign promise?


I think there is a deeper connection between the Clintons and Trump family, than can be imagined.


Naw she learned well from Daddy Rhodam and had dirt on to many people in power, she was never in danger of going to jail though it was a nice thing to consider.

Former Secretary of State Hillary Clinton has said the idea of President Donald Trump winning the presidential election makes her physically sick, adding that Republicans "have been cowards, spineless enablers" of the president.

First thought is eff that cow.( being honest).

Second thought is. I take Trump and those 'spineless enablers' over a crooked old never was that paid a foreign spy for dirt on Trump and used it for the Russia Circus.

HRC. Hillary Clinton represents everything WRONG with this country.

Biden says Trump voters are chumps (shows how ancient he is) www.washingtontimes.com... 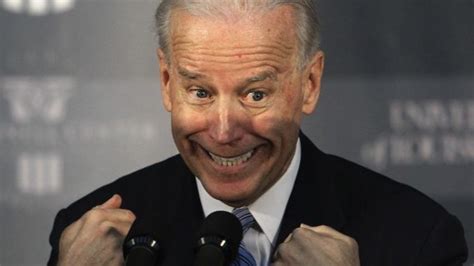 Here is Hillary in all her Trump hating glory! 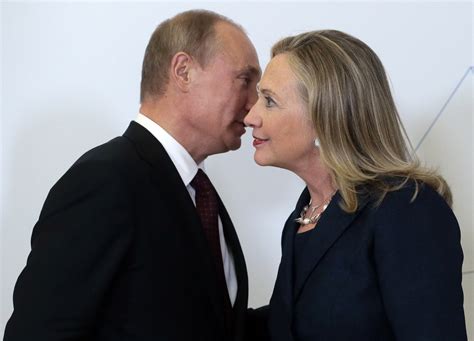 I just had a sickening thought.

Pelosi and crew uses the 25th to remove Biden.

Clinton gets the nod for Vice Prez.

Because it's likely to happen.

Everyone knows Joe is an empty chair.

posted on Oct, 26 2020 @ 02:14 PM
link
Hillary has been sick for a long time.
First she blamed Bill, then it was The
Vast Right Wing Conspiracy. Now it
is President Trump.

Even Bill knows this, but Chelsea... and
Hilldog knows all of the dirty secrets.

All this new Hillary and Obama crap means only one thing.

They know they lost again, so they go out and cry because they got nothing to lose now.

posted on Oct, 26 2020 @ 02:40 PM
link
Yes, Republicans have been spineless cowards because they did not force the court system to throw Hillary in prison for her actions, just like nothing will happen to Biden. Republicans need to force the president to go after these people trying to seize control of the presidency. So, maybe Hillary is correct since we allow the Progressives and far left to uncivilize our society using falsely applied and fabricated evidence..

My last paragraph is not intended to cause civil unrest by the conservatives, it is to stop allowing these far left to get away with blasphamy towards the Republicans. A class action law suit for billions against Hillary for calling conservatives and Republicans losers would be appropriate. She is slandering the Republicans. Civil unrest is a tool of the far left and progressives, not common people of this country. We will use the laws of this land to stop these people from doing what they are doing, force our mayors and governors of the cities with riots to stop the riots. Make America peaceful again should be Trump's slogan.