Oil tanker in English Channel believed to be hijacked

A Coastguard helicopter has been circling the Nave Andromeda, which had been due to dock in Southampton this morning.

Hmm. This -ain't- off the coast of Somalia, but rather, right in one of Europe's most strategic waterways.

Situation is unclear at the moment. My take is the SBS may make a social call on the tanker within a day or so. Hopefully, the stowaways (or hijackers) will surrender peacefully.

Lots of questions, of course. Sounds like port security at the origination port was weak or nonexistent.

Isle of Wight: Stowaways on board tanker in 'ongoing incident'

The Ministry of Defence has told the BBC that there is no military involvement in the operation.

A spokeswoman for the Home Office said it was aware of the incident.

Island MP Bob Seely said he feared the captain "may not be in full control".

all sounds a little suspect to say the least

The ship sailed from Nigeria.

I would say these stowaways are political refugess fleeing the ongoing protests in Nigeria regarding police brulaity.


Nigerian President Muhammadu Buhari says 69 people have been killed in protests against police brutality that have rocked the country.


I would say these stowaways are political refuges fleeing the ongoing protests in Nigeria regarding police brutality.

I would agree.
The news is saying that they tried to lock down the stowaways, which is what's caused the "incident". Lets hope it ends peacefully without any bloodshed.

posted on Oct, 25 2020 @ 01:37 PM
link
Current position
not seeing military or police helicopters on the map, but it doesn't mean they are not there. Hope it ends peacefully. 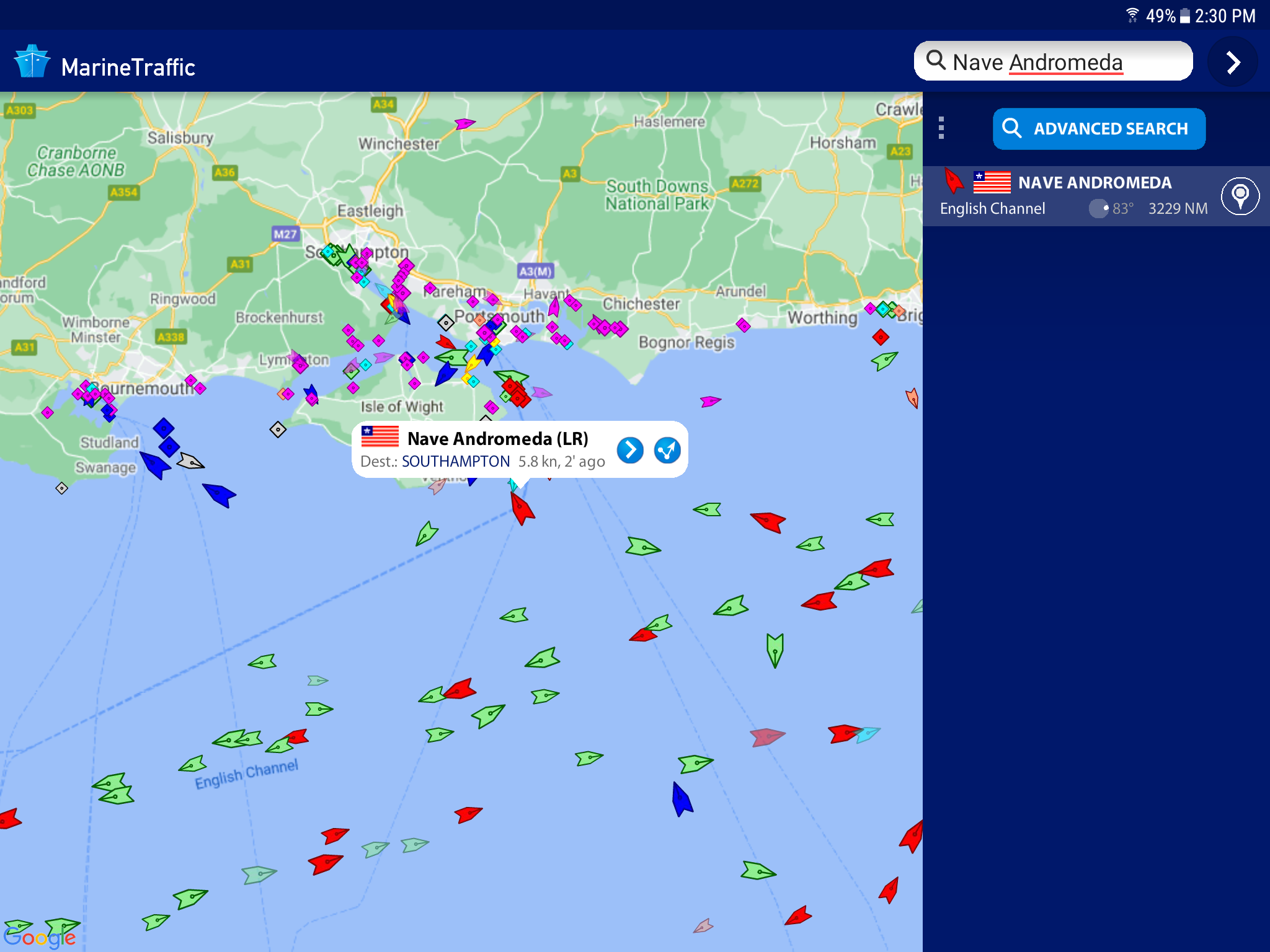 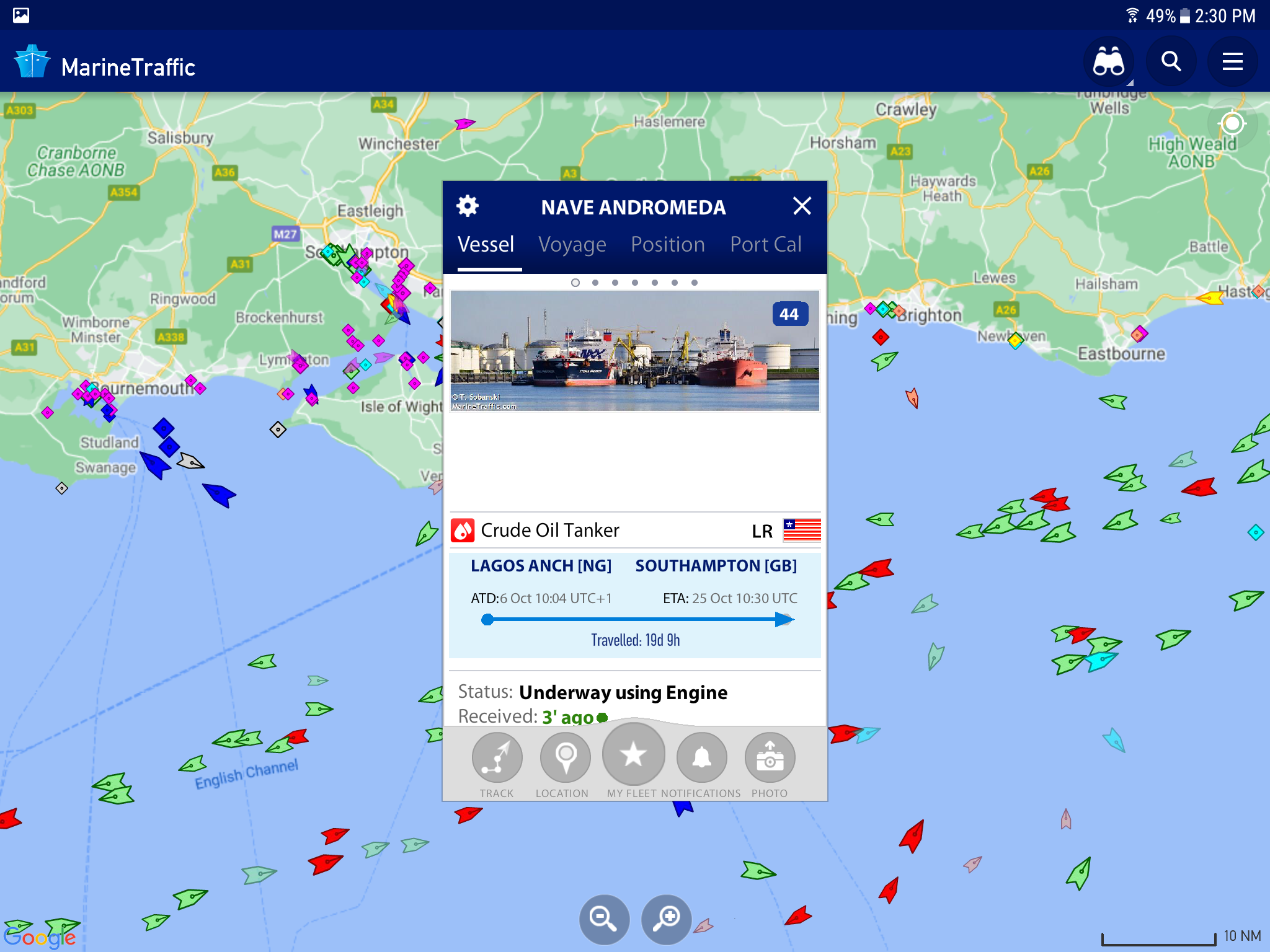 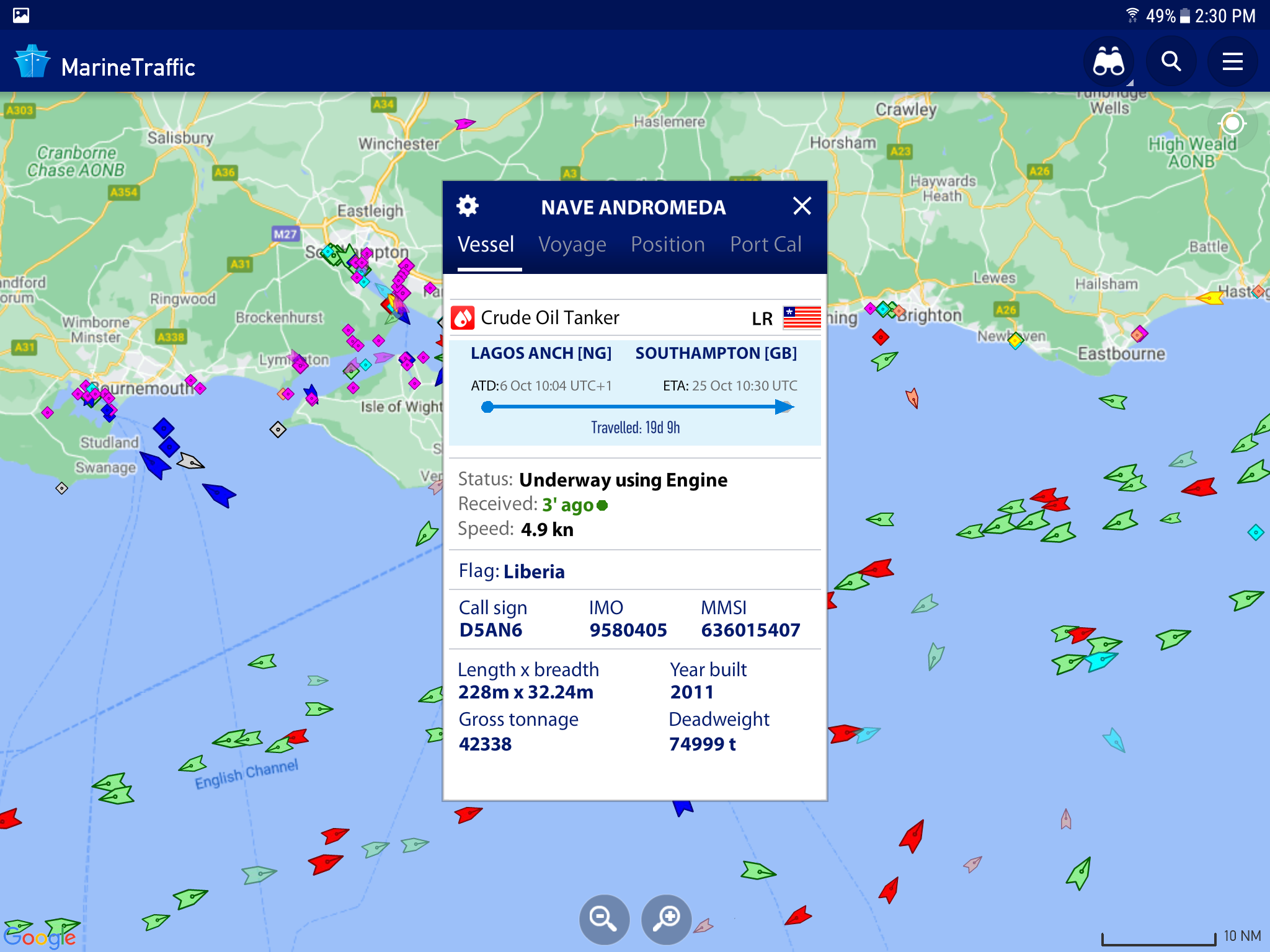 posted on Oct, 25 2020 @ 01:59 PM
link
Military assistance has been requested , it's reported the seven stowaways became violent when the crew tried to detain them in a cabin.


BBC defence correspondent Jonathan Beale said Hampshire Police had requested military assistance but it was not clear what support had been requested "and whether it will be activated or requested for back up".

Mr Meade said: "They discovered seven stowaways on board the vessel. When the crew tried to detain the stowaways in a cabin they got violent and that sparked the security incident.

"This wasn't a hijacking attempt. This was the fact that they discovered stowaways on board and the stowaways didn't want to be locked in a cabin."
www.bbc.co.uk...

posted on Oct, 25 2020 @ 02:00 PM
link
Latest on sky news says the police have requested military assistance....if that means SBS or E-Squadron I kinda feel sorry for the hijackers.

originally posted by: OtherSideOfTheCoin
Latest on sky news says the police have requested military assistance....if that means SBS or E-Squadron I kinda feel sorry for the hijackers.

A couple of years ago UK special forces sorted out some stowaways who had taken control of a ship, as in Operation Buckthorne

S.A.S will have them for breakfast if need be.

posted on Oct, 25 2020 @ 03:00 PM
link
I know that this is a serious topic, but are we sure the French had not escorted the tanker with stowaways (read migrants) into the English side of the Channel.

All the best to the Special Boat Service commandos.

Normally I would agree entirely with you....but if they are in fact Nigerian and are fleeing the current situation I would guess their motivations may have been slightly more life threatening than the usual migrant seeking illegal entry.

That doesn't necessarily mean I think they should be granted entry.....far from it.

Whatever their motivations or grievances the last place to start fecking around is on an oil tanker.

I'm sure they will be granted entry to one of our gaols or detention facilities somewhere to face the music.

An oil tanker in the English Channel, right near an SBS base.......

Those boys are not to be messed with.

Of course you're right....but I suspect one of our jails is a better option than Nigeria for some at present, even the Bar-L!

posted on Oct, 25 2020 @ 04:23 PM
link
Given that the tanker probably hugged the coast out of it's originating port these people could have boarded the ship at any point along the way perhaps even taken there by people smugglers, it is believed that they boarded the ship via the rudder so someone in a powered boat would have been necessary if the ship was already underway and it would have had to be a large enough and powerful enough boat not to be swamped by the wake of the ship and it's presumable large prop.

For those not versed the SBS Special Boat Service are the special forces arm of the British Royal Navy, think of them as elite British Royal Marines and they pretty much the same as the SAS the Special Air Service whom are mostly made up of elite Paratrooper regiment soldiers and a few other exceptional soldiers from the Army while the SBS is made up of Naval Personnel mainly drawn from the Royal Marines.

In Bragging rights the SBS have the right to claim to be senior since the Royal Navy is known as our Senior Service and once had it's own government building's as well as the lion's share of our nation's military budget but sadly as with many nations around the world the age of glory is more or less over, admiralty arch building a famous London landmark used in more than one James Bond movie is now a private hotel sadly despite it's great place in history and it's public monument status.

But the SBS and the SAS lads whom are as good as one another (and tend to do the same job's) in my book still show that we can do the best job in the world if on a much smaller scale than in the past, I am honestly surprised it took them so long to act though since lightning reaction is something they are famous for and this was rather slower than it would have been in the past, perhaps as we move out of the EU we should heighten our standing military alert and response times a bit back to what they were during the cold war at least though to be fair the RAF is always on alert.

While the SAS formed from the irregular long range desert group that formed in North Africa to launch rapid behind the lines strikes on Rommel's forces the SBS is arguably from a much older pedigree since the royal Navy has always had some form or elite military in the form of the Royal Marines and Royal Marines Commando's (The US Rangers already a great unit of the US military learned a lot from the Commando's and Hitler issued a kill on sight order no prisoners in contravention of the Geneva convention he so hated them and the German Army so feared them for there lightning and often very successful - not always - raids on occupied Europe's coastline), though in there modern form the SBS has only existed as a separate branch since the second world war so is about the same age as the SAS.

IF these people actively took control of the tanker they may find there dreams of migrating to Europe or where ever they thought the tanker was going will come to a shattering end as they may end up charged with piracy and hijacking which can carry hefty prison sentences.

I also personally believe that if the country whose waters they boarded the ship can be identified than all costs of the operation to recover the tanker and it's crew should then be placed upon that nation, maybe then boarding ships in this manner will stop.
edit on 25-10-2020 by LABTECH767 because: (no reason given)

The tanker Andromeda, owned by Greek shipping company Navios, was en route from Lagos in Nigeria to Fawley oil refinery on Southampton Water.

It had not stopped anywhere else.

The 240ft-long (73m) ship is known to have left Lagos in Nigeria on 5 October and is currently situated south of the Isle of Wight.

So, it left Nigeria 20 days ago and hadn't stopped anywhere else?

I'm not up on the speed of oil tankers but that seems quite a long time?

According to a source close to the shipping company, the crew were aware of stowaways on board, but the stowaways became violent towards the crew while it was off the Isle of Wight.

Lawyers for the vessel's owners said they had been aware of the stowaways on board for some time.

I don't know, but it all seems a bit off to me.

I guess this is as much as we know at present.

But it probably is just what it seems to be and I'm looking for something that just isn't there.