posted on Oct, 17 2020 @ 02:35 PM
link
This is a spinoff and another take on anther thread mentioning that Putin is misty eyed about Democrats. So its parked it in the mud pit as we are still talking about the swamp people aren't we?

I mean like wow, so does anyone here actually believe that the current administration actually runs the Federal government. Not me. Too many have been paid off, bribed and whatever. Oh is my mind racing as to where our next potential dynamic dual can take us. Something about when they go low we go high. Actually its the other way around and it worked for this current ticket. I mean just read what Willie said and I am not talking about Bill Clinton.

The subject as posted above was not the subject header but a tag that appears on the bottom of the article. Personally I think hes all misty eyed just thinking about all those Democratic females that he will get to hang with if Uncle Joe gets elected. Think about it as the term "uncle Joe" was also coined in relation to that "Old Soviet", uncle "Joe Stalin". Yep the same guy who butchered and killed millions while in charge of Russia. That's back in the day. Da? think about it all. He did keep the sheep in line didn't he. Seems like that's what is happening right here right now in the USA.

Joseph Stalin was the greatest mass murderer in history

Back in the day when Regan was president in the early 1980's I remember seeing the hilarious Wendy's commercial seeing an obese Russian lady modeling day wear, swim wear and whatever. I attached the link because that's the way it was as Russia ascended into wholesale destruction in around 1990. So Putin longs for the old days? Hmm. Sure seems that the good old days are only for the elites as that is what the Democrats think think they are. I mean didn't some politician from Hawaii say so?

Mazie Hirono: ‘We Democrats know so much’ that we tend to alienate voters

Here's some quotes by Putin. I don't believe that hes doing a psyop as hes an old school commie and he has genuine feelings for mother Russia.

“The Democratic Party is traditionally closer to the so-called liberal values, closer to social democratic ideas. And it was from the social democratic environment that the Communist Party evolved,” Putin told Rossiya TV on Oct. 7. “After all, I was a member of the Soviet Communist Party for nearly 20 years. I was a rank-and-file member, but it can be said that I believed in the party’s ideas. I still like many of these left-wing values. Equality and fraternity,” Putin added.

Those left-wing values “are difficult to implement, but they are very attractive, nevertheless. In other words, this can be seen as an ideological basis for developing contacts with the Democratic representative,” Putin said. “Back in the 1930s, Communist International leaders wrote that both black and white workers had a common enemy — imperialism and capitalism. They also wrote that these people could become the most effective group in the future revolutionary battle. So, this is something that can be seen, to a degree, as common values, if not a unifying agent for us,” the Russian leader said.

So to all of you in the know as in the college or university educated and thus extends to Teachers and Professors; be careful what you wish for as history does repeat itself.

And then there's this.


Russian President Vladimir Putin says he has noted what he described as “sharp anti-Russian rhetoric” from US Democratic presidential candidate Joe Biden, adding, however, that he had been encouraged by the former vice president’s comments on a key nuclear arms control treaty.

Putin, in comments on state television on Wednesday weeks before the United States presidential election on November 3, said Moscow would work with any US leader, but praised incumbent President Donald Trump for saying he wanted better ties.
www.aljazeera.com...

The Democrats clearly want old soviet style control over the US populace. The Democratic Party elitist politicians have already behaved in extremely totalitarian ways when they entirely control a state (Governor and Mayor of cities, like Chicago, Portland, etc.) , this has been seen over and over this past year. So we clearly know how they will control with an iron fist the entire nation once in control of all 3 branches, just as they have done in many States this summer.

That is why they want to pack the court to gain soviet type control over the nation. Packing is ADDING new justices, enough so that your side has perpetual power over the other side. It is NOT doing ones job as defined in the constitution and filling a current vacancy.

Putin openly said that he would prefer Biden as US President because he can work with him. Hmmmmm. www.newsweek.com...

I think the violence and rhetoric directed toward anyone and everyone conservative the past 5 years or more, beginning with Hillary's deplorable remark - has increased to the point where prominent liberals are calling for the rounding up and jailing of conservatives. salem-news.com... : www.bizpacreview.com... : www.foxnews.com... : www.breitbart.com...

However, the "Uncle Joe" reference has to do with his treatment of women and young girls. 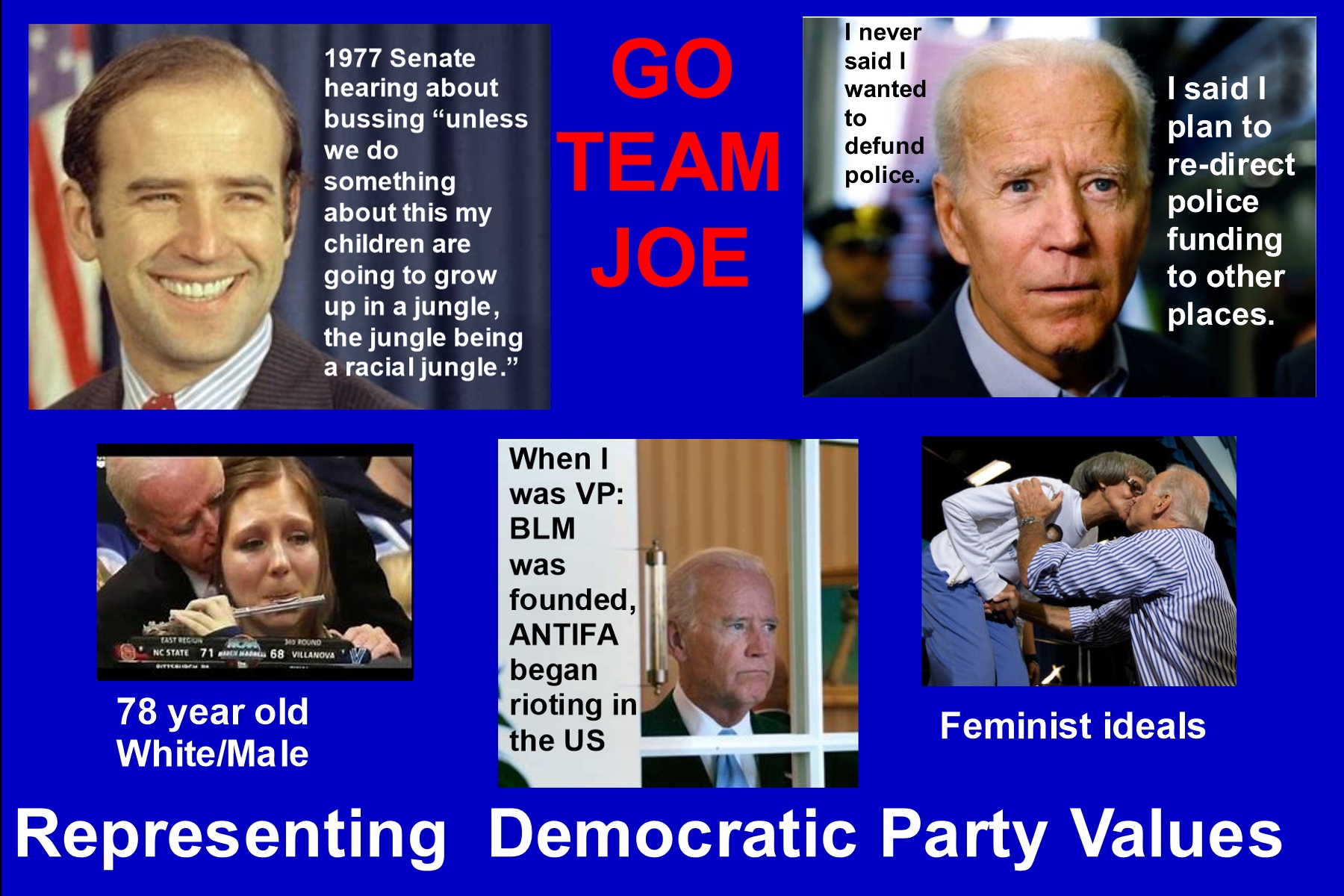 Excellent two billies. I have written before on ATS that if team Biden gets elected I will probably leave the USA. Assuming they allow me to do so. I already bought and closed on property in another foreign country. They may seize parts of other stuff I have here but even if they pull a Cyprus, it will be bloody as millions will go ape. I really don't like reading the current tea leaves of today. I also don't plan on fighting the "good fight" as I already served my country. I have had enough and my sacrifice was for nothing. It allowed filth to get ahead. Just like High School.

Gave you a star because if he thinks he can trust the Democrats then he failed at KGB school. My opinion. My guess is that when USA has to capitulate financially we will launch one at him. Not Trump but the other party.

posted on Oct, 17 2020 @ 04:09 PM
link
The Democrat party establishment may resemble the Soviets in some ways but the progressive wing of the left is much more far out with their looting, rioting, and logic-defying political correctness...Smells more like Mao's Cultural Revolution when the teenage red guards ran riot through the streets...the Soviets ran a tighter ship than the progressive lunatic fringe and since the left always eats it's own, at some point the progressive wing and the more buttoned-down Brezhnev-style bureaucractic left will come into conflict with each other and it won't be pretty.

Both sides want to pack the court, that's literally the end game goal for those that want power in a constitutional republic...

Yeah , putin would never pretend to like the dems just to stir up drama in the usa.