posted on Oct, 16 2020 @ 06:00 PM
link
Chris Green is an MP who has resigned from his role as Parliamentary Private Secretary:


The Bolton lockdown has clearly not worked, and I believe that the cure is worse than the disease, so I have stepped down from my role as Parliamentary Private Secretary.

He has let it slip on Twitter that the tier system will be around for years in this tweet:


They are both in tier three and the tiering system is designed to simplify the rules so everyone will find them easier to follow over the coming years. Off to a bad start...

The three tiers in the UK are here (cant seem to be able to upload pics - see tweet)
twitter.com...
Now there is no 'low' on here - no green for 'go' - it seems like we will be in bloody Covid life forever at this point.
This is really concerning now - these tiers take away so many civil liberties and freedoms - imagine living in tier 3 forever - never seeing family or friends, no bars, no pubs, no cafes, no sport - it's actually a living hell. People in these locations are suffering not only mentally but also financially - for many there is no support - self employed, freelancers, it's endless.

It feels like all of this is a test in compliance - to see how far we can be pushed and it makes no sense anymore.

The government are testing healthy people door to door with the help of the military in Birmingham (which in itself is bloody dodge - possibly trying to get us used to seeing them on the streets) and yet, they are cancelling appointments and essential treatment for people that are ACTUALLY ILL. It is just a scandal at this point.

Luckily there seems to be a fair few people who actually agree with me on this and I am hoping as time goes by more and more people start to realise this makes no sense. But what can anyone do? It's easier to wear a mask and blend in and not be labelled as a rebel - in the sense that you just want to go into a shop and get on with life - starting arguments with shopkeepers just doesn't go anywhere except cause you inconvenience.
It feels really hopeless at this point tbh.

originally posted by: myselfaswell
a reply to: cirrus12


Yeah and the new vaccine will be a mine altering vaccine.

posted on Oct, 16 2020 @ 06:58 PM
link
a reply to: cirrus12
How does this compare to public policies during word war 2 in the UK?? When the nazis occupied that fiefdom on an island back in the forties they immediately instituted basically the same kind of restrictions. Curfews, no groups larger than six folks and the shut down of public gathering places.

I have not however studied what the UK government itself imposed on its population during ww2.

posted on Oct, 16 2020 @ 07:07 PM
link
Unsure of all the restrictions then but some of them made sense in a war scenario.
But we are not currently in that type of scenario - these restrictions are clearly too strict based on what we know about Covid now. In March we didn't know as much as we do now - treatment is better, most recover, ventilators are not spoken about so much anymore as they are not used much. (supposedly we didn't know as much- I mean I'm still unsure of the origins of the virus/the truth of it all)

We talk about cases of infection rather than deaths as that is a bigger, more scary number. But what if all infected then recovered fine and most never saw a doctor or inside of a hospital (which is probably accurate)? Would curtail our civil liberty then? Case numbers sound scary but they shouldn't be.

We are literally looking for Covid going door to door for testing - on seemingly healthy people - and yet - we are cancelling operations for people who are actually ill. This makes no sense.

I posted part of the below in another thread several months ago and it seems they [Central banking cartels) are in it for the long game.

Covert-19 Op is a hydra and is playing the long game along with a Corona part deux coming this fall/winter. If Corona becomes rejected by majority sheeple then I'm sure they have another plan that will go into effect.

(note the project closing date)
Project Plan - Click on Official PDF. Luv how they refer to it as a 'Project.'

All toward the Agenda 2030 17 goals and 169 targets. Most of the 17 Goals requires and/or involves "WATER" which means the entire global population will be (infected) effected in some capacity. When Trump dropped the US from the Paris Agreement, it was essential for the globalists to create a NEW SCAM - like a Plandemic to fulfill their GOALs which I believe has more to do with a world currency conversion to ALL digital and a new NATO like Alliance (USA, India, Australia, Japan, France) for winning the Space race to annihilate China and enslave all of humanity via the Technocrats > Transhumanism > kill the human spiritual movement. Basically to shutdown the morphogenic field of humans. They want every human to connect directly with machines and resonate but NOT resonate with living beings around them including your own children. The 'Internet of Things' (IoT, which includes humans as 'Things') plays a direct role in this AI social credit scoring to mass mind control and surveillance agenda which is all part of the evil Technocrats and Transhumanist state agenda to enslave & reduce population.

Similar to livestock management the modern day Pharaohs number #1 asset to optimize will be human livestock which will be plugged into the system and our every move will be tracked by satellite. You really didn't think the hundreds of Satellites being deployed from the NRO to Elon Musk is just so we can all be safer and enjoy high-speed Internet access anywhere on the planet, did ya? 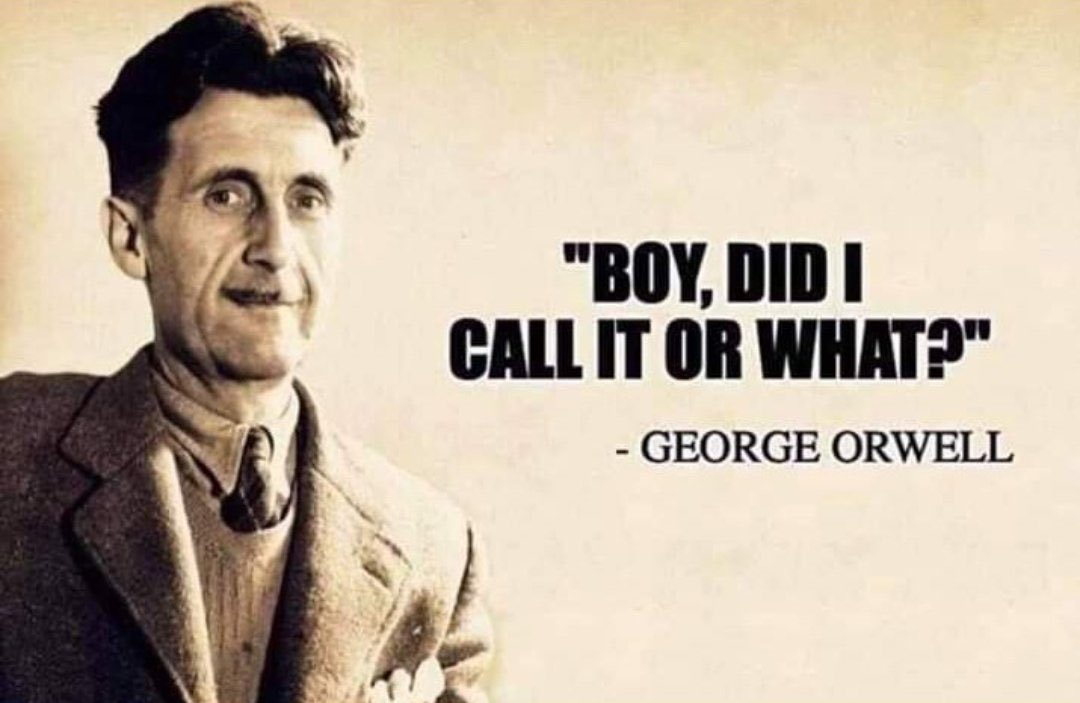 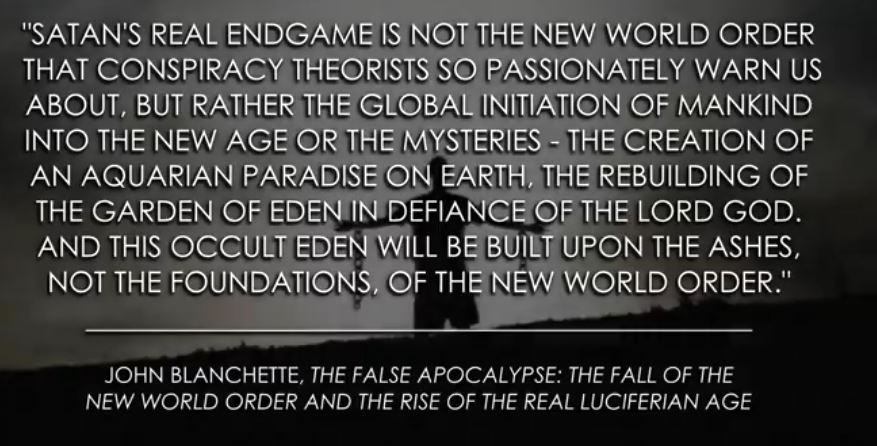 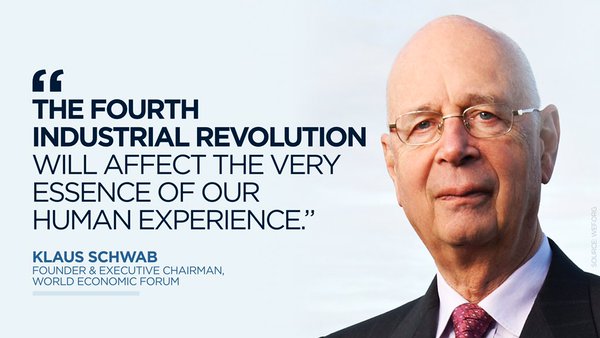 Why do you think the draconian lockdown measures, annihilate the economy, social distancing, vax, etc.

This all goes far deeper than just the billionaires like Baal Gates getting richer. The goal here is to re-engineer the human body so that it can be managed, directed, and mind controlled from a machine and integrated into an AI controlled system grid > Transhumanism. The Big Question is WHY?

Call me a crazy conspiracy theorist if you want but many chess pieces on the global board are aligning for such a fundamental shift in civilization. I'm sure some of their goals will backfire and fiercely rejected but regardless a new 'normal' is on the proverbial horizon moving toward us at warp speed. What we're watching play out in 2020 normally takes a decade to manipulate and steer the herd.

posted on Oct, 17 2020 @ 08:34 AM
link
I have seen that project end date before somewhere - yeah it's definitely strange. Also the Covid medical equipment marked as Covid-19 in 2018 - that was also weird. I'm sure there is a plan among the governments and don't doubt the existence of the NWO/Global elite. Of course even if there was no planned virus they would make the most of any real crisis to further their agenda/desires.

I have seen the 17 goals - on the face of it when you read them they appear to be pretty good - access to healthcare and clean water and education for all - those are decent goals to set if you are in power. Having not read in any depth about it I can't say much more but with all of these things I would say it all sounds too good to be true! Just a way of the NGOs to extract government money probably and a way of starting to streamline individual countries into a more unified 'global' world.

AI is now being used in some shops in the UK to decide whether to open the door or not - if you are wearing a mask you can enter - if not, then sorry no go! www.dailymail.co.uk...

No need for humans to police the doors anymore, there is no need for them. Of course this technology must surely be too expensive for the smaller independent shops - I wonder how many will survive the coming months?
What is scary is the compliance among everyone and yet at the same time you can see why as the fines are substantial and people don't want to 'out' themselves as a 'tin foil hatter' ...
I guess there has to be something huge to make the wider public react and decide enough is enough.
a reply to: EndtheMadnessNow

But “temporary” emergency measures exhibit a curious tendency to become permanent.
This may apply, for instance, to restrictions on public assembly, ever expanding surveillance, or “flexible” (read: precarious) labour relations and automation of people’s jobs. Meanwhile, the generalized self-reproducing anxiety creates conditions in which it becomes increasingly difficult to critically reflect – individually and collectively – on long-term effects of what is going on. A generalized and potentially permanent “state of exception” (Agamben 2005) is being introduced, globally, among overwhelming confusion and fear.

Permanent “social distancing” will thus negatively affect all areas of intellectual activity, from education and research to artistic creation, to cultural criticism and political critique.

There is a clear politico-economic dimension to this. Our lives in the post-covid-19 “new normality” are envisioned to become reduced to just two functions: production and (maximally individualized) consumption.

No gratuitous activities will be possible, or very few.
Every exchange we have via “social media” is not our own – it is a commodity in the data market. Most of us know and accept this as a matter of fact. But in lockdown, even more of our everyday communication will depend on these commercial technologies. Thus, the process of alienation, which, as Marx noted, began with the appropriation of our labour, might soon culminate in near-total capitalist appropriation of our time and commodification of our communicative capacities.