Well the thread was about a deal between some countries to respect each other's rights to harvest and have bases on the moon. I brought up the peace deal as the UAE among those other nations isn't exactly a space faring nation like the rest. So it seemed odd to me they would be included out of all the Arab nations. Like why not SA right? Then I remembered that deal with Israel and went hmmmm...I wonder.

Hope that explains why I am posting with that angle in mind.

Well, at the moment the UAE has the money for space.

The UAESA has an annual budget of $5.2 billion US, compared with $20 billion for NASA, and with $6.16 billion US for the ESA, is not too shoddy.

There are trillions of trillions to be made. Whoever ends up being the dominate players on this first step to the moon. Could end up ruling the solar system.


People like Jules-Pierre Mao will make $Trillions mining the solar system, but on the backs of the Beltalowda.

posted on Oct, 14 2020 @ 07:33 AM
link
The green shoots of America's space program are going to be killed sharpish after Nov 3rd.
So pact's between America and other nations about moon bases and surrounding areas are pretty redundant.
Other countries will lead the world in commercializing moon resources and exploration in general.


The Tsiolkovsky rocket equation is Russian, from 117 years ago, but has been independently derived at least twice.

The basic mechanics were developed By Goddard and others.

Things were scaled up by the Germans during WW2, and everything is now in the public domain.

With 3D printing and modern fabrication, and everything we know now, it all just comes down to the money and the intent.

Even here in New Zealand, we have a space capable rocket industry with a proposed lunar orbital satellite mission next year. And, I think our budget is only in the tens of millions.

posted on Oct, 15 2020 @ 06:38 AM
link
An organization owns the mining operation along with the living habitat and all associated equipment. After they extract the minerals, they own that too, but what about the mine? There must be some kind of a condition of use contract, like a lease that allows for temporary ownership, or at least control, of the mine and the area being used for the operation.

Functional the same as legal ownership along with the mine worker's loyalty to the company and the nation it came from. Probably some legal tap dance around the original agreement to keep things business as usual.
edit on 15-10-2020 by MichiganSwampBuck because: Typo

I scanned through the accords. It doesn't seem to address ownership of land. That falls back to the Outer Space Treaty, which forbids any nation from claiming land or space. 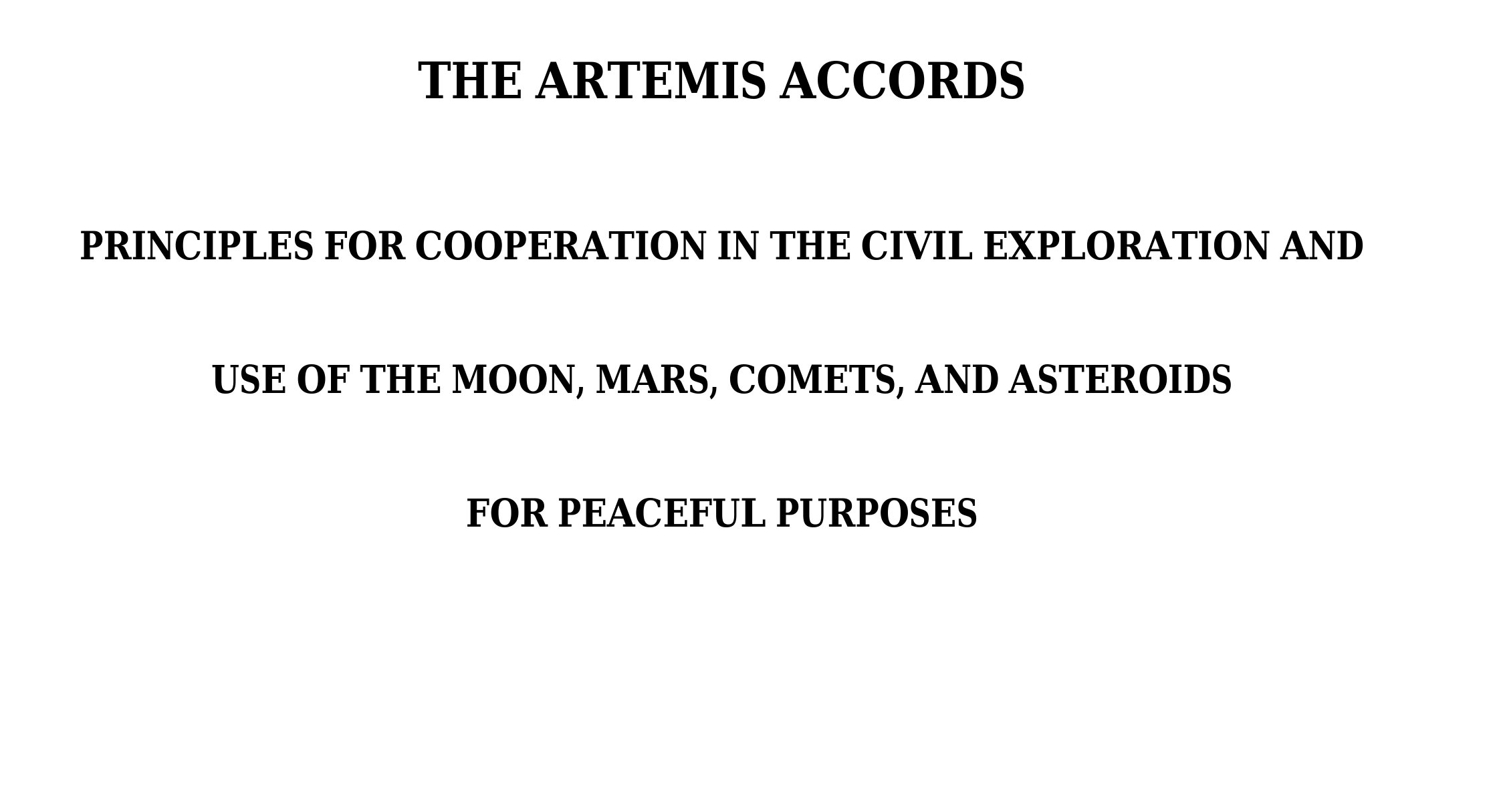 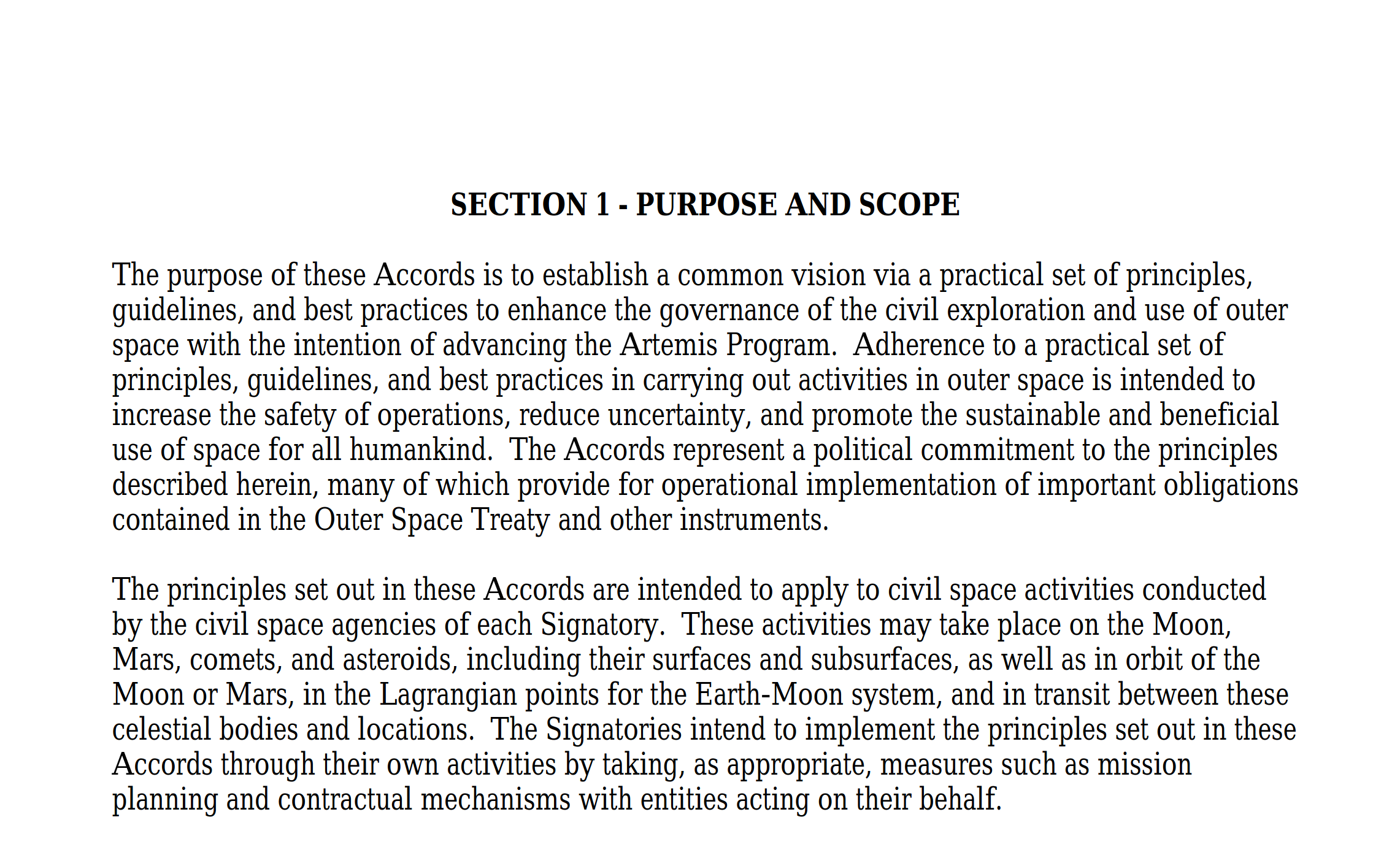 I also noticed this.

Not that a treaty will stop land from being claimed. Kinda like the wild west and the gold rush in space.

Maybe that is what the Space Force is for.

ETA - It has started already.

Groupon is selling land on Mars

wonder who from the lunar people agreed to this

posted on Oct, 18 2020 @ 09:44 PM
link
Worthless document - they are trying to block China from building a military base on the moon and they will anyway, just like they built illegal islands at the same time as Osama left Crimea get taken.a

If the substance is reassuring, the US promotion of the accords outside of the "normal" channels of international space law – such as the UN Committee on the Peaceful Uses of Outer Space – will be a cause of consternation for some states. By requiring potential collaborators to sign bilateral agreements on behavior instead, some nations will see the US as trying to impose their own quasi-legal rules. This could see the US leveraging partnership agreements and lucrative financial contracts to reinforce its own dominant leadership position.

Russia has already stated that the Artemis Program is too "US-centric" to sign it in its present form. China’s absence is explained by the US congressional prohibition on collaboration with the country. Concerns that this is a power grab by the US and its allies are fueled by the lack of any African or South American countries amongst the founding partner states.

Intriguingly Germany, France and India are also absent. These are countries with well developed space programs that would surely have benefited from being involved in Project Artemis. Their opposition may be down to a preference for the moon Agreement and a desire to see a properly negotiated treaty governing lunar exploration.

Artemis Accords: Why many countries are refusing to sign moon exploration agreement

Turns out Luxembourg is ready to do some mining. "Luxembourg has dedicated legislation allowing for space mining and has also signed an additional collaborative agreement with the US."