page: 1
17
<<   2  3 >>
log in
join
share:
burdman30ott6
+1 more
posted on Oct, 12 2020 @ 03:21 PM
link
October 12, 1492 great explorer Christopher Columbus made landfall from Spain in the Bahamas, laying the foundations for the development of the New World. Columbus' adventurous spirit and indomitable character lead to the civilizing of two savage continents at a time when the "known world" didn't even realize there were savage lands left to conquer.

This year more than past years, with sour breathed, empty headed asshats demanding his statues be torn down and his legacy buried, HAPPY COLUMBUS DAY! If you stand in North or South America and aren't of indian blood, and you decide to stand here and wax poetically about how evil Columbus was, then by all means GTFO of North or South America. I'll gladly hold the door as you leave for Europe, Africa, Asia, or anywhere else outside of these two continents so it doesn't strike you in the ass as I happily watch you leave. If, however, you're proud of what our ancestors have built over the past 5 centuries, then again HAPPY FREAKING COLUMBUS DAY! 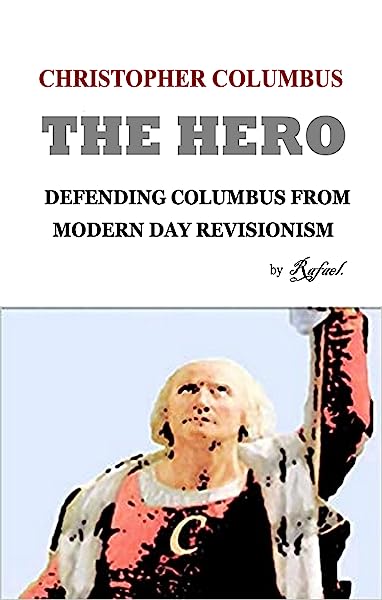 at a time when the "known world" didn't even realize there were savage lands left to conquer.

Not true at all.

I think it has to do with the establishing of settlements that grew and had a significant role to play in the formation of the most powerful Country in the world. That is quite an accomplishment. And one that deserves at least as much recognition as those burning down that same country.

posted on Oct, 12 2020 @ 03:38 PM
link
I liked having the extra paid holiday on jobs. I have known for over twenty years that Columbus discovered America and that he met PEOPLE living here already. He discovered there was already civilization over here.

Meanwhile, after years of fighting to take the Indians lands and importing slaves and people immigrating to this country, we were finally getting a half way decent society till the last two or three years. Sure we still have racism, but it has been improving over the years, going in the right direction too. Now, there are people who feel that this covid is bad.... Remember, the Spanish and other settlers introduced diseases here that killed a lot of the natives. seems kind of weird to be still seeing the same thing going on because people travel all over the world, you would think we would have learned by now.

Russia and China love it when politics and anti-racists are tearing apart our country. People are so dumb to get hooked on supporting crooks in DC. Take this day as a reminder that we should not be flying half way around the world or importing things from the other side of the world. Columbus did not need a smart phone, he did not need to go make a settlement on the moon, he was looking for places to trade with or for the spanish to conquer.

The vikings and other civilizations were here before Columbus and they also spread diseases and killed people, that is before the name Pandemic was thought of probably.

Happy columbus day. The post office still has it off I think.

posted on Oct, 12 2020 @ 03:39 PM
link
Sorry man, he's not really worth celebrating. Not going the "he was eeeviiiil" route, but come the hell on, he never set foot on anything that became the US later on. He didn't even know Florida was THERE, and it's not that far away. Close, but damn well no cigar.

originally posted by: highvein
a reply to: dug88

I think it has to do with the establishing of settlements that grew and had a significant role to play in the formation of the most powerful Country in the world. That is quite an accomplishment. And one that deserves at least as much recognition as those burning down that same country.

Vikings had settlements in North America, too. WAY earlier than the folks after Chrissy.

originally posted by: dug88
a reply to: burdman30ott6

at a time when the "known world" didn't even realize there were savage lands left to conquer.

Not true at all.


The Vikings were in NA well before that bastard. I think there is evidence the Chinese may have as well..but just decades before Columbus.
edit on 12-10-2020 by vonclod because: (no reason given)

It doesn't so the pseudo apology was wasted.

It doesn't so the pseudo apology was wasted.

posted on Oct, 12 2020 @ 03:57 PM
link
The way we judge historical figures today is ridiculous. We apply modern day standards to people that lived 100s or even 1000s of years ago which is completely unfair. I am fairly certain the judgmental assholes of today’s world will also be looked back on with disdain.

I have seen people say he didn't discover anything because there were already people living here.

posted on Oct, 12 2020 @ 04:03 PM
link
It's interesting to reflect that he achieved what he did by getting things wrong.
The key to his optimism was that he grossly underestimated the distance between western Europe and the eastern coast of Asia, which is what he was aiming for. His critics before the voyage were people who accepted more accurate measurements of the earth's diameter. Only the accident that another landmass was in the way saved the voyage from ending in disaster.

Another interesting thought. Columbus believed he had got to India. So if he had proclaimed to the world "I have found a new continent", he would have been lying in his own mind even while he was telling the truth, showing how it is possible not only to be sincerely wrong, but also to be insincerely right.

On the question of first discovery. In Victorian usage, when talking about exploration, "discovery" means (implicitly) finding a place and reporting it back to civilisation. So you can "discover" a place which already has occupants, you can "discover" the source of a river with the help of local guides, and you are not "discovering" a place if you like it so much that you never come home.
On that usage, it was reasonable to call Columbus the "first discoverer" because none of the claimed rivals met the criterion of reporting the discovery back to Europe- with the possible exception of the Vikings, on the grounds that the Vikings did report what they found and got ignored.
edit on 12-10-2020 by DISRAELI because: (no reason given)

posted on Oct, 12 2020 @ 04:17 PM
link
a reply to: daskakik
We can't set aside the semantics, because the answer to the "discovery" question depends on what the word means. I'm content to go by Victorian usage, making Columbus the first person to succeed in making Europe aware of the existence of the landmass.

Once people ignore the "reporting back" criterion, there is really no place to stop before we get to "first human to set eyes on", which is quite impossible to know.

What else was revised?