page: 1
19
<<   2 >>
log in
join
share:
lostbook
+1 more
posted on Oct, 12 2020 @ 01:11 PM
link
Interesting turn of events, ATS. It appears that former Senate Majority Leader Harry reid is now speaking up about the UFO phenomenon and his disdain at the government for hiding the information from the public for all of these years.

“Why the federal government all these years has covered up, put brake pads on everything, stopped it, I think it’s very, very bad for our country,” Reid said in the new documentary “The Phenomenon” from director James Fox. "

nothing that comes out of that sh@@ birds mouth is believable. he was a liar the whole time he was in the senate, and he is still a liar now.

if there's a buck to be made in any fashion off the government reid is right there with his grubby paws.

Hope you get out of jail soon

As for Harry. He's got to support the Bigelow/Vegas UFO Mafia and the $22m gift he sent their way. What did they do with it all?

No one goes after Bigelow and BAASS for disclosure? Yet he's really the man with the data isn't he?

posted on Oct, 12 2020 @ 01:37 PM
link
Sorry if my post is a little cryptic, but the point was that never in history have we been hit with so many distractions or psyops all at once.
Something very fishy is afoot.
(Probably bigfoot tomorrow.)
🦧

First, they didn't really understand what they were dealing with. And two, because of the covert agents couldn't do anything about it if they could... 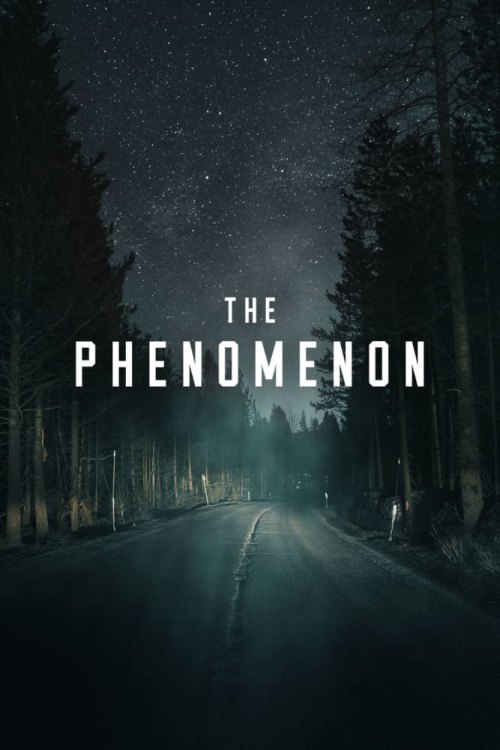 Howard Bloom, Out There: The Government's Secret Quest for Extraterrestrials. New York : Simon and Schuster, 1990. 300 pages.

He discovered a top secret gov't 17-person UFO Working Group in the 80s whose mission was to determine if the human race is alone in the universe. The group was headed by Colonel Harold E. Phillips who many astute researchers have confirmed this was a psuedonym for Army Colonel John B. Alexander as he assigned 3 psychics to the group. He has written and lectured on the reality of UFOs. He characterizes his career as having "evolved from hard-core mercenary to thanatologist". Heavily involved in the paranormal and was portrayed in the book The Men Who Stare At Goats (2004). His resume is something right out X-Files.
John B. Alexander

Out There: The Government's Secret Quest for Extraterrestrials - By Jim Miller Updated August 31, 1990 at 04:00 AM EDT.


After much anticipation, filmmaker James Fox's latest documentary, "The Phenomenon", was released on October 6, 2020. This film has a great deal of new video that even experienced students of the UFO subject have not seen. Without a doubt this will widely be recognized as one of the best UFO documentaries to appear in some time. James meets with Richard Dolan for a live video interview to discuss what makes his film unique.

posted on Oct, 12 2020 @ 01:53 PM
link
"What say you?"... Looking forward to the demise of that Bill O'reilly inspired catch phrase. On topic... For me, just an opinion from another former gubment entertainer. Of the type I don't care for the opinions of. Clearly entertainers strive to remain relevant, they all do. In my opinion, doesn't mean they actually care about what they're talking about, or even believe it. You get a star for this thread for leaving out Trump or Biden and I thank you.

posted on Oct, 12 2020 @ 02:49 PM
link
I think that anyone with two brain cells to rub together understood - even without a lot of (or any) proof - that despite what they've said the US Government has for years maintained a fairly keen interest in UFOs as a matter of national security. Unknown stuff flying around your country? They'd be foolish not to at least keep tabs on it, even though it didn't appear to be an immediate threat.

posted on Oct, 12 2020 @ 02:57 PM
link
So wait a minute, why didn't Harry Reid try and expose all this while he was in office? Instead he used this to funnel money and hide any knowledge that the US Government had on the topic. It sounds to me that Reid is trying to justify something he was involved in. I wonder how much tax payers money went to his friends over this?

I think Trump should release a bunch of crap and say it's all the US has on UFO/UAP. This way if anyone says that isn't all the information it will expose them for hiding this from the American people.

Dudr...Must be a really good movie.

Is this the a tom debongs project blue balls take my bank accounts to the stars, cause my music sucks, scamathon?
edit on 10 by Mandroid7 because: Added2


Ugh..Podesta was in the preview...I'm out
edit on 10 by Mandroid7 because: (no reason given)

Hope you get out of jail soon

As for Harry. He's got to support the Bigelow/Vegas UFO Mafia and the $22m gift he sent their way. What did they do with it all?

No one goes after Bigelow and BAASS for disclosure? Yet he's really the man with the data isn't he?

posted on Oct, 12 2020 @ 10:52 PM
link
This documentary is super expensive. Hopefully it will be free eventually, I can't wait to watch it. How much of this deals with the Zimbabwe encounter?

After watching on youtube, "Extraordinary until Proven Otherwise" (ATS thread) I'm not holding my breath for government disclosure or whistleblowers to prove we're not alone in the Universe. They have a long track record of letting everyone down. Science is going to prove it before all these new ufologists do.

Any alien encounter that happens right now that justifies arming space (a political agenda) I'm going to say fake alien invasion. Only because aliens could have attacked us at anytime and they haven't. Them showing up now as a threat would be way too convenient for certain political agendas to be believable. Years of fake UFO videos have proven to trick everyone, and most people don't care, the government could pull it off.

Ok, just watched it. Not bad. Pretty interesting I didn't see a lot of new cases or evidence though.
Worth a watch. Well put together, although I've seen most of these reports.
Puts a new perspective on the podesta stuff though.
Like...Maybe he's being discredited
Thanks for sharing.

Yes, they covered that case. Pretty neat case there.
In general, it is primarily interviews with witnesses. A lot of pilot interviews, the nypost gimbal video pilots are in there. A little about looking at metals..no conclusions there, Nimitz case, a few farmer cases with pics. Police witnesses. Radar witnesses...nuke site stories us and russian.
Reid pushing disclosure. Some members pushing disclosure...ic pushback etc..

originally posted by: data5091
Government cover up? Noooooooooooooooo! No surprise to me.

Government is only a tool. It can not think for itself, change a tire, or order anything. It is a tool manned by people. It is the people, and their individual mindset that make the government, do anything. The government did not order itself to classify this subject, it was the individuals under cover of government that did.

This is a fundamental weakness of our government, it does not vet the people that serve. Archon agents, and their covert agenda, by themselves are not as powerful as when they unite, behind closed doors.

It would therefore be advisable that a constitutional amendment, law, be devised to thwart such internal attacks.

"No person shall hold public office, Federal, State, Local, that have any affiliations with "Secret Societies". Then in legal terms describe said societies.

This law in itself would serve the "Open Society", as it should be. Corruption would drop by a very large amount. Secrets that shouldn't be secret would soon start to see the light of day...