The Racist Origins of the Ice Cream Song

originally posted by: lakenheath24
True dat. One little drop of Hersheys chocolate changes the whole texture of an entire bowl.

I like chocolate too, I just don't like when they mix. I'm an ice cream flavor segregationist.

originally posted by: lakenheath24
Oh not me. Im an inclusionist. Once I had chocolate AND butterscotch in the same sitting.

Fixing you an orange and mint combo as we speak.

And let's not forget the Barney song...


originally posted by: lakenheath24
True dat. One little drop of Hersheys chocolate changes the whole texture of an entire bowl.

I like chocolate too, I just don't like when they mix. I'm an ice cream flavor segregationist.

If I like only chocolate ice cream does that make me an ice cream supremacist? (Asking for a friend)

originally posted by: Alien Abduct
If I like only chocolate ice cream does that make me an ice cream supremacist? (Asking for a friend)

Not really, because the true superior culture actually enjoys gelato.

and the new one that should be used

posted on Oct, 12 2020 @ 07:01 AM
link
This reminds me of the Satanic messages that were supposed to be lurking in rock music backwards in the 1970s. I actually checked into those at one point. I discovered two things:

In other words, this kind of crap was BS then, and it's BS now. Unless someone is going around singing the undesirable lyrics, the kids know nothing except that tune means ice cream.

We seriously need to start regulating IQs in this country... anyone with an IQ less than their age should be forbidden from communicating with sentient humans without a license. Would kill a lot of the noise pollution as a side benefit.

Apparently that was also a British drinking song at some point..

But I mean, all that matters is utilizing racist origins for identity politics because play the victim.

originally posted by: EternalShadow
So what's next on the list?

It's been this way for decades. I didn't know about this until now and frankly, it doesn't make any difference to me whatsoever.

I mean, is the plan to resurrect racism???🤷🏾‍♂️


Because in today's academia, you get accolades by going back into the past and digging up how things from those days are "problematic" and/or "racist" and then pointing that out. It doesn't matter if no one, and I mean NO ONE today actually knows those words anymore, because those were once the words, the academics will contend that somehow it still oppresses our psyches from all those decades ago ...

Yeah, it's stupid, but instead of creating their own new bodies of work and fresh thought. It's what they do.

You should have seen it. There is a documentary about a man who made a friendship with an octopus and learned a lot by following her life in a sort of Jane Goodall and her chimps sort of way, and some third wave feminist, gender confused professor watched it, and went on this twitter rant about how the whole thing was actually about his erotic relationship with this octopus and she contended he actually had sex with it at one point ... ON SCREEN (no, he didn't) ... and that the movie was spoiled by adding the man's son into it, because of course it was ... it was bizarre, but it's how they think.

And they're producing the papers and body of thought that gets inculcated into society and our children and this is type of person who dreams up this sort of stuff and makes this happen.
edit on 12-10-2020 by ketsuko because: (no reason given)

I had to be. Trump gets two scoops, and we all know he's the bigliest racist of all.

posted on Oct, 12 2020 @ 07:50 AM
link
I recall hearing Popeye cartoon theme on our neighborhood ice cream truck. Would race to get a dime from mom before it drove out of range. A Dime early sixties.
and I grew up, had my own kids...and the truck played "it's a small world" and I nearly lost it.
You can thank me for that ear worm now.

Might as well let every kid out there know Santa Clause is fake, too. People always have to ruin it for kids. FFS, how ridiculous.

originally posted by: LSU2018
Might as well let every kid out there know Santa Clause is fake, too. People always have to ruin it for kids. FFS, how ridiculous.

I do that every year at the mall photo set up.

Works when the Easter Bunny shows up as well.

posted on Oct, 12 2020 @ 08:44 AM
link
You guy’s need to get better ice cream. When I was young the ice cream truck in my neighborhood played Led Zeppelin.

posted on Oct, 12 2020 @ 08:48 AM
link
We had a free candy van that would come around at night with no lights or music. Sucked us right in every time. I always woke up in a different stranger's back yard a few miles from my house, but the guy with the long oily hair who drove the van, he always had the best candy. 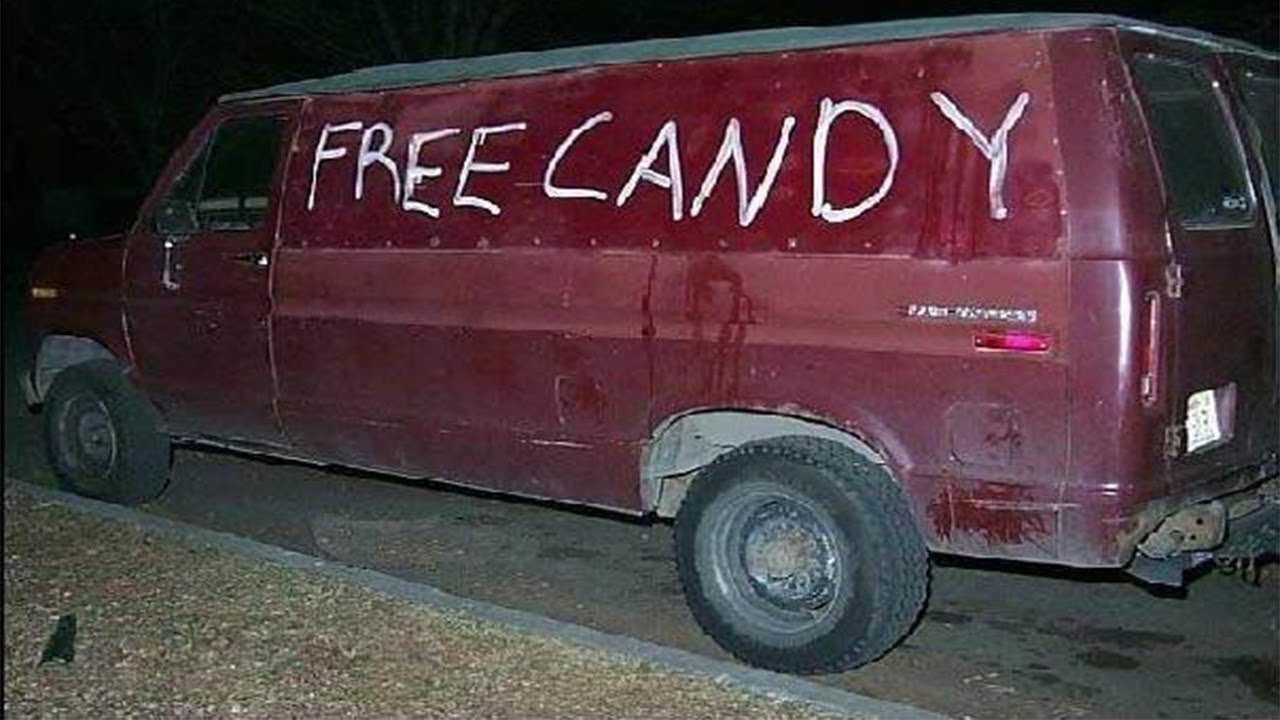 originally posted by: 00018GE
You guy’s need to get better ice cream. When I was young the ice cream truck in my neighborhood played Led Zeppelin.

I can dig it