But for real, its getting stupid now.

While in the military we would gave excwrcises where we would go into the highest alert posture. This was done for a minimum of time as it was unsustainable for peeps to keep up over the long haul.

This is whats happening now IMO

The Ministry of Terror


Fantastic to have your support Bill. We will work with our friends around the world to ensure vaccines reach the poorest and deliver our five point plan to protect humanity against another pandemic.

posted on Oct, 7 2020 @ 01:34 PM
link
Well I made a thread talking about forced vax and how It would not be a Government law BUT a employment mandate BY employers as the government says No tax CUTS if you don't .
JUST LIKE the mask .

ALONG with a vax NEEDED to GO INTO ANY PUBLIC buildings which miens EVERY one will get it again NO laws after all You are NOT being forced to USE any services By anyone now are You ?

Lord If they ((( what EVER government want This will happen ))
What will you do ? protest while have no access to food water stores' Your job ?

They have always held YOUR ( LOL as IF any thing is YOURS ) money .
they can shut down the banks NO money out any time they want then were will your protesting be ?

It is SO funny many here push for digital currency ATM bank card are that one flip of a switch and well you figer it out .
edit on 7-10-2020 by midnightstar because: (no reason given) 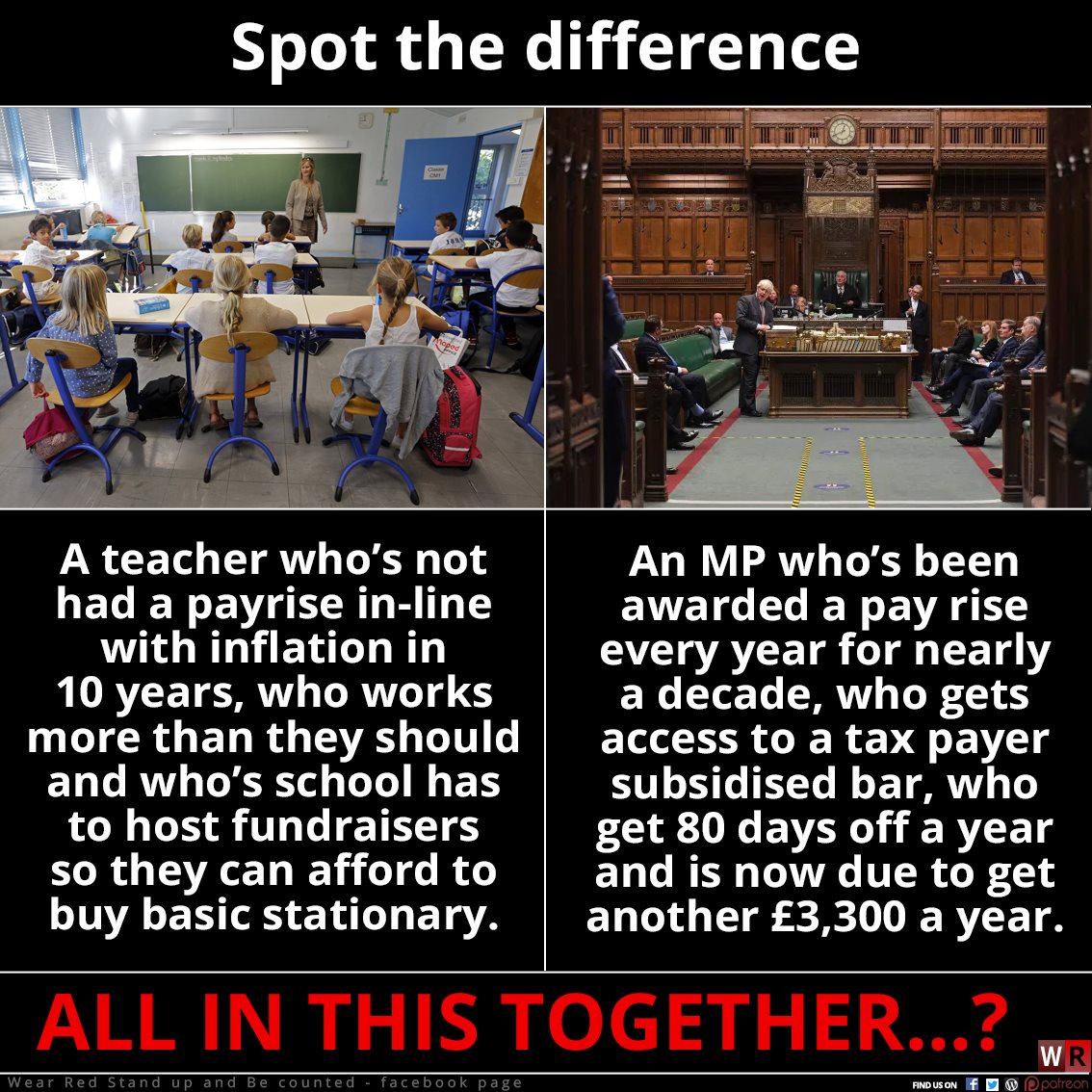 It does not make the test invalid. It its a tool that facilitates and helps. Its not the answer in itself. So no its not invalid.


originally posted by: angelchemuel
FFS! I predict civil unrest on our streets......
Don't know how I missed this from September. It's been named 'Moonshot Plan'.

“Theatres, and sports venues could test audience members one day and let in all those with a negative result, all those who are not infectious. Workplaces would be opened up to all those who test negative in the morning, to behave in a way that is exactly like a world before Covid,” said the Prime Minister.


Talk about dividing society over a virus that has killed far less people than the H1N1 virus did....and we didn't even shut down for that one!!!
Let's hope they live up to their now trade mark of doing a U turn on this monstrous idea too! I can't see anything recent that they have done a U turn.

According to worldometers corona virus has killed 1,046,624 people, H1N1 swine flu killed 203,000 people according to adjusted calculations taking into accont of the under reporting of cases, and that was over a much longer time frame than we have so far been experiencing the current pandemic.
BoJo is a complete moron, he had one goal of getting his friends out of europe, he has no idea of how to react to an actual crisis and not a manufactured one, his response is and will always be poor, the idea is beyond flawed and can't work, it will be dropped and die like the "we are looking at up to 20,000 deaths in the uk if it gets out of hand" statements he made.

Yet death cases in UK are those that passed within 28 days of a positive test. Did the same criteria apply to H1N1?

They want to give the nonsensical bastard a knighthood now!

Cracker of an idea, slip with that sword, and off with his head, problem solved.

If only the poor Queeny still had the capacity to wield the thing.

originally posted by: slatesteam
Is it a yellow six-pointed star by chance?

Wouldn't this be the exact opposite of that?

originally posted by: musicismagic
One word.

I don't know if you're aware, but Britain is one of the most ID adverse countries in the world.

Not only do they not have a national ID card scheme, but you can't be forced to identify yourself to a cop until after you've been arrested and booked into the system. They can't just stop you on the street and demand your ID.

That's kind of true where Police are concerned.

On the flip side, all the same, Police can detain you until the can establish your identity if you are unwilling to provide them with such.

Police can do as they wish, as they are the biggest gang around, with the laws firmly on there side, even if they fail to comprehend, in their entirety, the very laws they are there to uphold.
edit on 10-10-2020 by andy06shake because: (no reason given)

That's kind of true where Police are concerned.

On the flip side, all the same, Police can detain you until the can establish your identity if you are unwilling to provide them with such.

Police can do as they wish, as they are the biggest gang around, with the laws firmly on there side, even if they fail to comprehend, in their entirety, the very laws they are there to uphold.

Police can only question anyone if they have reasonable suspicion that a person has commited a crime or is about to commit a crime.
They can't just randomly stop anyone and ask for proof of identity.

Now obviously this fact isn't very well known and as we know the police are often to prone to play on people's ignorance and randomly pull people.
Its then up to the individual to ask the officer why they have stopped them and what specific crime they suspect them of either commiting or are about the commit.
Coppers either reply by trying to bully and intimidate or their arses fall out.

Plastic coppers have no power to question whatsoever.

Just best to avoid them really.

They just don't have many people's respect in this day of age.

And it all started with there zero-tolerance policies.

If they had ever bothered to ask the older Bobbys they might remember that you catch more flies with honey than with vinegar.

Good and bad people in all walks of life but where their type is concerned one bad apple does indeed spoil the batch.

Yes but as you are well aware ""reasonable suspicion"" is pretty much whatever the feck the decide it to be.

If you look dodgy and wont tell them who or where you hail from its never going to end well.

Back in the day I soon learnt that resistance was futile and I tended to just shut the # up and get my head down.

At one point I knew the night shift caretaker at my local nick - he was the father of a lifelong friend - and he regularly passed me smokes and cups of tea.
If I was banged up with anyone they used to love it.
Always got a great breakfast in the morning.

I've heard its all changed now, no smoking and no brekky.

I have absolutely no desire to find out first hand if that is true or not, those days are well and truly over.....touch wood!

Of course 'reasonable suspicion' can be twisted to mean anything.

That's why you have to be confident but not too aggressive and ask them which specific crime they suspect you of committing?
Coppers don't expect this response and the vast majority aren't clever enough and/or trained to think on their feet in such circumstances and either start getting arsey, in which case just stay calm and stick to your guns, or they completely bottle it and meekly let you go.

Or if your guilty just shut up and do as advised by stoner in his post.

As is becoming his habit,Boris really does not seem to have thought this through..
Less people will get tested/use the app if they think there is a chance at being banned from entering many places.
More people will hide symptoms and spread the virus.

Plus there are shades of chinas vile "social credit score" here,maybe just the birth pangs,but enough for those of us concerned with the emergence(or rather amping up of)the surveilance state to take notice.

And what is the technology by which we can be more closely tracked/fined/punished/ostracised from the crumbling ashes of our society?

Yep,its 5g!
You know,that technology which we have all been primed to think is perfectly benevolent-due in no small part to the wacko "5g cause covid"nonsense.I mean,who would believe such nonsense?

I said when all that started,that it was probably initiated by the 5g companies themselves as a smoke screen-get all the loons taking about 5g causing covid,then when the real 5g plan starts to become apparent,anyone who talks about the real issues will be labeled a crazy conspiracy theorist..

And the real issues with 5g?
The fact that this technology has been tailor made for a system resembling a technological straight jacket for society.
It is no coincidence that 5g has been designed with "smart cities/internet of everthing" in mind.
And where would we look for an example of "smart cities"?

Xinjiang,China-where the worlds big tech companies(IBM/Google/facebook/etc)have been instumental in creating what they call the smart cities of the future.

Of course the residents of Xinjiang may call it something else,or they would if they could speak or write the words without being rounded up and sent off to "reducation"/torture/slave/concentration camps.

That is the world the big tech corps want for us all,where privacy,individuality and free thinking is considered a crime.
Basically the polar opposite of what they sold it to us as.