Something to do with dribbling and dunking so I think it might be cooking.

At my age, I do more dibbling than I'd like to admit.


I hope to God you forgot an 'r' in there instead of mistaking b's for d's.

originally posted by: shooterbrody
a reply to: DBCowboy
Quicker than lebron could spray on more hair.

Le Bron is French for, "The Spleen". 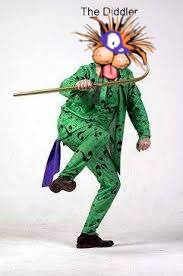 No theft needed for that which is freely given.

Now if Augie needs a custom avatar for his Jerker costume, he knows where to get one.
edit on 5-10-2020 by burdman30ott6 because: (no reason given)

Now if Augie needs a custom avatar for his Jerker costume, he knows where to get one.

He;ll do it, he is my sock after all.

NBA who? NFL who? NCAA who?


I dont know I saw a Georgia vs Auburn game on Saturday night and I had to do a double take as at first I thought this was an old game but it was live game and the stadium was packed. it was like a normal college game. it was cool to see.


Some camera shots gave that illusion...especially those of the Georgia student section where social distancing and masks were completely ignored. However, only 23,000 fans were in attendance at 85,000+ capacity Sanford Stadium. Similar attendance but more social distancing was in evidence at 102,000 capacity Neyland Stadium in Knoxville where 22,000 were allowed to attend. I was there.

When I was a Kid I played club soccer. The league was competitive, except when we played in the Surf Cup and got our butts kicked.

The Mexican (ethnicity) teams we played, liked to speak Spanish to us when we played them, well not so much speak to us as swear at us and call us homosexuals and insinuate our mothers were prostitutes.

Every one. I had an entire lexicon of Spanish vulgarity by 12. And no one ever cared. It was just, "The Mexican teams talk trash in spanish"

Fast forward and even the glory of soccer game trash talking has been taken over by political correctness and forced thinning of the skin.

A Southern California USL team (San Diego Loyal coached by Icon Landon Donovan) recently forfeited two matches (that would have secured a playoff berth) over racism and homophobia. In one game an LA Galaxy II player called one San Diego player the n-word, and in their following game a Phoenix Rising player called their "out of the closet" player the f-word.

Do you think that player would've taken the shot had they not been making a big deal out of the previous game? Have they forgotten the psychology of the playground?

Grow a set or scratch their eyes out.

I wonder how many fans they lost over that.

So before I drift, the crux of it all, the reason for apathy, the loss of interest boils down to one demand the average fan has for the athletes they watch, even when confronted with such bigoted adversity: 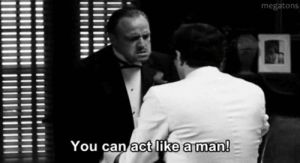 But you can't say that either, because while women no can dunk, they got good fundamentals, which more fun to watch.
edit on 6-10-2020 by Degradation33 because: (no reason given)

posted on Oct, 6 2020 @ 08:40 AM
link
I'm a Laker fan an always try to watch every single game...that being said even I'll admit the finals has been pretty boring. I actually fell asleep during one of the games. One thing I did stop watching is the post and pre game interviews. I don't want to hear the same BLM bs before and after every game. I'm still going to be watching the games but I won't be buying any licensed merchandise anytime soon.

posted on Oct, 6 2020 @ 09:16 AM
link
BLM has ruined many sports.....these are multi millionaires living in the only country that gives african Americans that opportunity

Very naive and rude of them to kneel before the only flag that gives that such opportunity.

I ran track and in high school especially, the racial disparities were coming out. The school and team I ran on were largely white as in we had one black girl in the whole school. She was on our team, but she was nowhere near our best although she was good.

Our school was big enough that we did compete against a number of heavily black schools, and we were better than they were. Having a number of kids destined to go on and run in Div 1 and 2 schools all packed within three grade years will do that no matter what their ethnicity is.

But we used to get into all sorts of trash talk with some of those schools and some of it was racially charged because everyone knows that white kids can't run and they can't jump, right? No one made a big thing out of it except to use it as "bulletin board material" (inspiration).

Im sorry, but i can't agree with that. Fundamentals equate to passing the ball 10 times prior to taking a jump shot or layup. That is as boring a game as I can imagine.

If the ball handling was better id be more inclined. But basic dribble, pass, shoot basketball is a snoozefest.

posted on Oct, 6 2020 @ 10:31 AM
link
a reply to: bigfatfurrytexan
Agreed. Sometimes I would watch ny wnba, because it was usually on before ECW on the MSG channel at some godawful hour. I think ECW started at 2AM on friday night/sat morning. Found it by accident channel surfing, seeing if they had a ranger replay on one night lol. Not sure how or why a low budget extreme wrestling show, out of a bingo hall in philly I think it was, made it onto the madison square garden channel.

posted on Oct, 6 2020 @ 01:37 PM
link
I am so done with professional sports. This year I have watched nothing but the very beginning of a football game so I could see Carrie Underwear do her thing. Then before the first play I put on an episode of Everybody Loves Raymond and we laughed and laughed. It was a good night.

I think it's more complicated than just saying BLM is the reason people stopped watching the NBA. The thing is most people don't consume media "live" anymore - everything is streaming or on demand these days. TV ratings on all shows across the board are way down and have been steadily declining for years as most people just wait for it to show up on Netflix. A lot of sports fans probably catch highlights of the games later on YouTube or wherever.

Also with the long gap between when the NBA season was suspended and then when it was resumed, a lot of people just aren't that emotionally invested as sports fans with everything else going on in the world right now. I'm a baseball fan and I could give two craps about the MLB Playoffs at this point. Watching empty arena sporting events is not at all appealing to me.

So that's just my two cents. But hey... make it a political thing if you want.


.these are multi millionaires living in the only country that gives african Americans that opportunity

Well if they are African Americans well it's obvious America gives them that opportunity.

However if you mean Black sportsmen in general, then no it is not only America that gives them an opportunity to become multi millionaires.