Wearing a mask shows solidarity to the Communist Chinese Regime


(Facepalm)
Boo hoo. Wear a mask, don't be a selfish putz. As one person I know put it: "Wear a f*cking mask you big baby," when talking to one imbecile.


originally posted by: Komodo
This thread needs to be shut down IMO!!! NOW!!

Any other reasons besides your high and mighty opinion?

No need to state the obvious 😡🙄

So far the obvious is you don't like it.

originally posted by: panoz77
a reply to: andy06shake

Nice... Here's the one I wanted but they're sold out, so mine says "Screw Your Feelings"

A bit above my head mate.

originally posted by: andy06shake
a reply to: LSU2018

A bit above my head mate.

Thought I was gonna get a list of demands there for a sec.

This is a stupid take, even for this web site.

If it can make a difference, even if slightly, then what is the problem? I do not really care if I get the virus, but I care about spreading it to other people who it could effect really bad. Too many people are just thinking about themselves, and I bet a lot of these people have not had family members or friends who have been affected badly by the virus.

The rest of America needs to get it and get over it without overwhelming the system. Right now 30% of the deaths are from very old, very high risk nursing home type situations...That was totally unacceptable and what I see as the only real criminal failure in all this.

Remember thst couple in America who both were trumpers, and listened to the Moron say it was not bad. They refused to wars masks or take any precautions. His wife got the virus and died, and now he is staying bow bad the virus is, and how we all should be doing all we can to fight it.

This virus for 99% is not bad at all, almost nothing...my son and 10,000s of his collage buddie all got it and for them its been 1 day of fever, 2 days not feeling their best and 4 days without smell. By day 3 they felt fine and by day 5 they all had their smell back. I get a cold or normal flu that is 10 times worst than this.

I hear "freedom, rights" being shouted about. These people spend their lives worried about freedom, that they are not free at all.

This is coming from what draconian Governors have been doing. I think the mask is just one piece of a pie here.
The issue that the left have been pushing is they keep saying the President caused 100k deaths while saying Como has been prefect is ridiculous to say the least, but hey seems like a smart move and one that will most likely get brain dead Biden elected...As I said have fun with that...

posted on Oct, 6 2020 @ 09:40 PM
link
I heard once that, when the Viet Cong wanted to break a prisoner of war's will, they would start by asking them to submit to a very minor request first. Like wearing a funny looking hat.

Torture and/or threaten and intimidate them however much they had to, over that small act of obedience.

Ask them why they were fighting it, and suffering so much, if the request is so arbitrary.

Why not just put on the stupid hat? And all this will stop (momentarily, until the next request.)

originally posted by: Kurokage
All hail our Chinese Overlords!!
Because wearing a mask show's you're a commie supporter of the CCP????
You've posted that stupid meme before, I love the part that states "you wouldn't need any testing as it would be obvious to the naked eye....."

Do you understand what asymptomatic means, also most viruses don't show any signs at first so you can spread them.
How about diseases like Hepatitis B and C, Type 2 diabetes, Herpes Simplex Virus that are all asymptomatic and thats just to name a few? They are not obvious to the naked eye!

a mask helps reduce the chances of the wearer spreading the infection if they are infected, thats it. People are now politicising this for nefarious reasons. It's not a miracle cure, it's to reduce not stop the spread.

Why wearing a mask shouldn't be controversial

But those diseases have existed for a long time in the human population.

But do animals know to take active counter measures?

This disease is supposed to have evolved in animals, right?

What would cause this trait to evolve in an animal population?

What would cause this trait to evolve in an animal population?

This is a stupid take, even for this web site.


Why do you post in stupid threads dude is life that bad?

Everyone who says something like that just seems butt hurt.

Or maybe you can be the one to actually point to what is so stupid?

posted on Oct, 7 2020 @ 05:46 AM
link
You don’t make an omelette without breaking eggs. I originally had the same thought but China hasn’t done much to refute this claim... they actually act quite guilty.

What, you think all that’s going on is a crazy flu that’s killing all the people’s all by itself, and there’s no people’s involved? They say deny ignorance...

No, you're really not. What you're saying is that you are placing your own personal political ideology above the best medical advice out there.

In the age where Feelings determine sex and the planet is out to git everyone.

Wearing a mask and be a good little socially conditioned comrade.

Doesn't matter either way even the dead still vote.

so does the sugar that we all eat every day and the tobacco and alcohol , dont see anyone stopping consuming that any time soon eh
edit on 7-10-2020 by sapien82 because: (no reason given)

You need to think this....but can you ? are you allready having oxygen deprivation in your brain ?


Dr. Margarite Griesz-Brisson MD, PhD is a Consultant Neurologist and Neurophysiologist with a PhD in Pharmacology, with special interest in neurotoxicology, environmental medicine, neuroregeneration and neuroplasticity. This is what she has to say about masks and their effects on our brains:

“The re-breathing of our exhaled air will without a doubt create oxygen deficiency and a flooding of carbon dioxide. We know the human brain is very sensitive to oxygen deprivation. There are nerve cells for example in the hippocampus, that can’t be longer than 3 minutes without oxygen – they cannot survive.

The acute warning symptoms are headaches, drowsiness, dizziness, issues in concentration, slowing down of the reaction time – reactions of the cognitive system.

However, when you have chronic oxygen deprivation, all of those symptoms disappear, because you get used to it. But your efficiency will remain impaired and the under supply of oxygen in your brain continues to progress.


I think all the pro maskers here are simply having oxygen deficiency, hence they cant think clearly anymore.....

posted on Oct, 7 2020 @ 11:29 AM
link
I think im getting oxygen deficiency from all the air pollution yeh probably
all the toxins in the air from road vehicle pollution

masks are there to prevent us from death or harm

if oxygen depletion was a an issue then why arent we seeing health scares in every industry that involves humans wearing masks ?

“The re-breathing of our exhaled air will without a doubt create oxygen deficiency and a flooding of carbon dioxide. We know the human brain is very sensitive to oxygen deprivation. There are nerve cells for example in the hippocampus, that can’t be longer than 3 minutes without oxygen – they cannot survive.

from the article you linked

like I said , on joe rogan , go watch david blaine talk about holding his breath and increasing his CO2 tolerance levels
like the special forces do they knock you out under water and they train you to hold your breath for longer periods of time 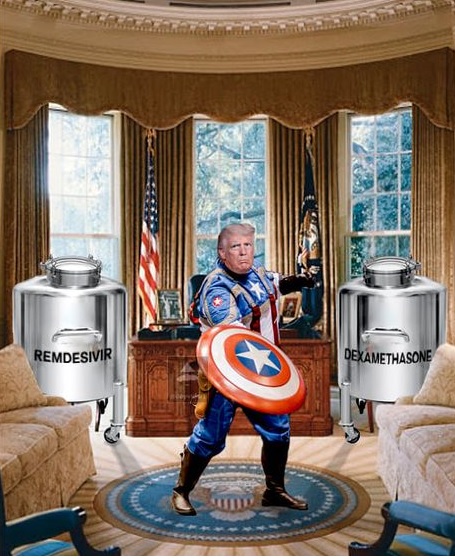