originally posted by: projectvxn
a reply to: Zanti Misfit
WOAH, Trump did a drive by? That's gangster. 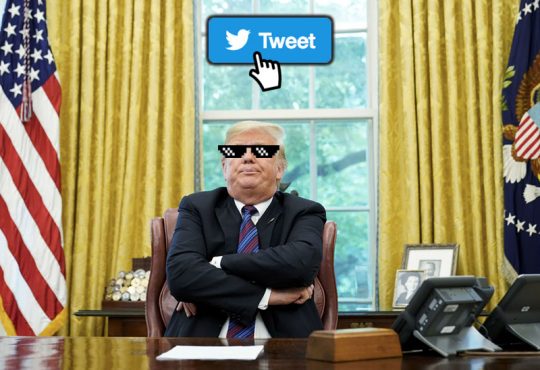 
Yep, he was playing to the reporters all based on the right side of the road, not caring about his personnel in the car with him.

originally posted by: Zanti Misfit
a reply to: smurfy

posted on Oct, 4 2020 @ 09:06 PM
link
This thread is comedy gold! I’m laughing so hard that I’m now wiping off my ipad because I spewed what I was drinking all over it! Dear God, I think the OP needs therapy.


Fantastic!!! This is good news Thanks for the video .


originally posted by: UpIsNowDown
a reply to: nolabel

I have never inferred any drug as being successful as either a preventative treatment or cure, those were the words of the POTUS

can you quote him please?

jeebus i posted a video of him saying it, are you blind or deaf?

Almost certainly. The President has said repeatedly that HCQ is THE cure for COVID. Yet here we are, when he needs it most, it's being denied to him. The MAGA movement needs to MAKE those doctors give him HCQ.

Or maybe just like everything else he says, he was full of it when he touted the drug to fool his idiot supporters who he knew would act like flying monkeys and use it as evidence that he's a poor little victim trying to save people and the media are only nay saying the drug cause they hate him so much. Bottom line is, its HIS treatment, HE decides what he takes or doesnt take. Would YOU let a doctor make you take the treatment you didnt want? So why in the world do you think the President of the United States would let a doctor give him a different treatment than the one he wanted ? Oh yea, cause you're in a brainwashed cult and its the only way you can make sense of the contradiction because otherwise youd have to admit Trump is a fraud and you're an absolute fool.