The Supreme Court was never meant to have the power of judicial review. 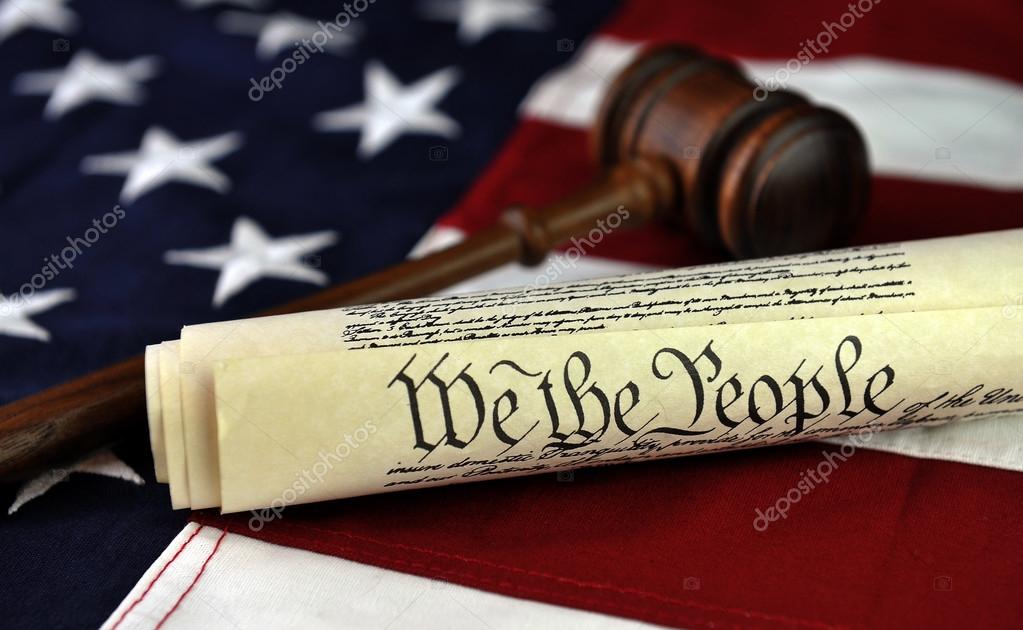 Selecting a SCOTUS Justice really shouldnt be an issue.

In fact, the Supreme Court was never meant to hold this much power.

Unfortunately, government and the courts are packed with corrupt, power hungry, usurpers and steppers.


The treason against the Constitution began almost immediately after ratification.

Thats a topic which will be discussed in its own thread.

All of a sudden, the new bosses started to look a lot like the old bosses...


Getting back to the SCOTUS, the Founders discussed, debated and intentionally excluded judicial review from the enumerated powers delegated to government and the courts.

They did not want a small group of political appointees to have the power to essentially rewrite the Constitution.

The court's opinion was welcome but that was the extent of it, an opinion:


In the unlawful, unconstitutional system that we have today, the courts exist to rubber stamp government power grabs.

Here we have an opinion by a lower court which was actually Constitutional:

“Every second this Executive Order is in existence, it is in violation of the Constitution and shreds the Bill of Rights.”

Simple, to the point and clear to anyone who has the most basic understanding of how our Constitutional republic works and the rights it was meant to protect.


It didnt take long before this ruling was overturned and the slaves were slapped back into place, and in this case by our current SCOTUS nominee:


Here is what Thomas Jefferson had to say about the unconstitutional, unlawful power grab in Marbury v Madison in which the Supreme Court gave itself the power of judicial review in clear violation of the Constitution:

"The question whether the judges are invested with exclusive authority to decide on the constitutionality of a law has been heretofore a subject of consideration with me in the exercise of official duties. Certainly there is not a word in the Constitution which has given that power to them more than to the Executive or Legislative branches."


"The Constitution . . . meant that its coordinate branches should be checks on each other. But the opinion which gives to the judges the right to decide what laws are constitutional and what not, not only for themselves in their own sphere of action but for the Legislature and Executive also in their spheres, would make the Judiciary a despotic branch."


"To consider the judges as the ultimate arbiters of all constitutional questions [is] a very dangerous doctrine indeed, and one which would place us under the despotism of an oligarchy. Our judges are as honest as other men and not more so. They have with others the same passions for party, for power, and the privilege of their corps. Their maxim is boni judicis est ampliare jurisdictionem [good justice is broad jurisdiction], and their power the more dangerous as they are in office for life and not responsible, as the other functionaries are, to the elective control. The Constitution has erected no such single tribunal, knowing that to whatever hands confided, with the corruptions of time and party, its members would become despots. It has more wisely made all the departments co-equal and co-sovereign within themselves."

Its nice to be appreciated when you take the time and effort to create what you think is a quality post.

posted on Oct, 3 2020 @ 08:53 PM
link
IMO the scope of authority/power of SCOTUS is not as problematic as the duration they are allowed to "serve". It makes no sense to me why the executive branch had term limits imposed, yet justices of SCOTUS are permitted to hold onto their seats until they croak. This creates a situation where aging justices might have difficulty adjusting to shifting conventions and norms of our society over time, not to mention that towards the end of their life/tenure, they can't possibly have the drive and stamina to keep up with a full case load.

Every branch of our government should impose some form of term limit; Congress and SCOTUS should not be exempt.

What could be done now though? Short of revolution I mean...