a game of chess with the same pawns under different names, in short, US!

the masters fighting for control of the most collective attention. observing the space in front of you has an effect you know.
ObseRvEr EfFeCt


the powers of collective human attention is very powerful, likely studied and tested.... data is power.

machiavellian methods have evolved drastically, with riot police being deployed sporadically in different places across the globe to enforce mask wearing and social distancing.
with every country taking different measures, different rules in place, different punishments, not just country to country but town to town, it looks like a world wide experiment.

i know whos going to win!!!

We know they will use force to control us but if they don't have everything in place first, the plan won't work. The world will finally see the sham of what's going on then we will rise up and eat the elite.

Money is the only thing they care about and the only thing I can come up atm to pull the rug from under them is for everyone to withdraw all of their money from the banks at once.

Either we create the chaos or they will.
Chaos is coming no matter what, in this moment the choice is still ours as to which side bleeds more.

I'm doing what I want to do as long as it's within the law and there is no law in this country telling you you have to wear a mask.

Of course your look down in many places if you're not wearing a mask but still there's no law that requires you to wear a mask.

Many places do require you to wear a mask to enter those places which is very understandable and many times that had to go back to my bicycle my little pack take out a mask put it on and then go back to the store for their respect which I have respect for.

But to walk outside with a mask on those days are gone.

originally posted by: OutTheBox
this is a psychological war

a game of chess with the same pawns under different names, in short, US!

the masters fighting for control of the most collective attention. observing the space in front of you has an effect you know.
ObseRvEr EfFeCt


the powers of collective human attention is very powerful, likely studied and tested.... data is power.

machiavellian methods have evolved drastically, with riot police being deployed sporadically in different places across the globe to enforce mask wearing and social distancing.
with every country taking different measures, different rules in place, different punishments, not just country to country but town to town, it looks like a world wide experiment.

i know whos going to win!!!


Any chance you could start again?
Are you saying...in the first instance that SARS-COV-2 is unreal, thereby COVID-19 doesn't exist?

Or, are you saying that governments are taking advantage of something that is real, and that the virus is killing people on a global scale that enables their agenda.

Thing is, that is a thesis, and needs an awful lot of inkblots on paper to have any real meaning, for any audience. The observer effect is not an arbiter for that.

posted on Oct, 1 2020 @ 04:21 AM
link
a reply to: smurfy
vast majority of people have corona in them, its been around for a long time its lying as junk in their system, the increased testing means they can see there has been increase in cases, rolled out to university students to coincide with wave 2.
Negative information alone can activate this junk in the system causing the symptoms from minor to major.
the nocebo is real and literature reports show between 20-80% of a population can be affected by a placebo, these results can be used and generalised to its more negative opposite the nocebo.
when you go ball deep in the literature the relationship is clear.

all i am saying is think positively the science says thats your best chance to remain healthy.
sure you can worry like mad, "what if i or my granny get it" but what if you dont.....

then all you have had is fear and worry.

and that can have a much more detrimental effect to your health.

it's the other way around.

The one who claim that there is the virus ,is responsible to prove it does.

So , the thesis....it`s their thesis that the virus exist, but they cant prove it.

You are believing the matrix. 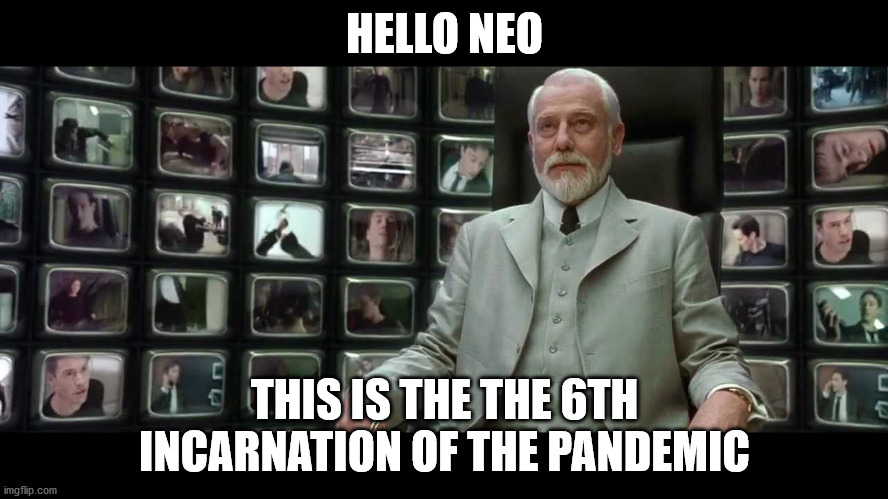 I wonder if we are in checkmate right now. Maybe a lot of people have this in their system right now via vaccines and foods. They figured out how to activate it with 5G. Some countries banned their 5G and opted to make their own safer 5G. Alsobtheir is a massive hiring and firing spree across the county maki.g people essential . The puppse perhaps to flood the market with COLI or dead peasant life insurance policies for and to protect corporations from day deaths associated with thiis. To keep counties from using this invisible weapon. Most corporarions are taking huge life insurance policies on their employees and keeping up the policies even after they quit or get fired. Who will win and who will lose if the weapon is reactivated?

you know in QiQong it says something along the lines that altering the vibrations of your being can have negative and positive effects on you respectivey, its methods are taught to raise these vibrations to the positive.

i should probably start doing that actually, mySPShas been heightend since last night.

posted on Oct, 1 2020 @ 12:37 PM
link
Sadly a lot of people around here are totally alone and still walking theirs dogs with masks on lol. Mostly 20 somethings.

I refuse to wear one outside unless its totally crowded like a touristy downtown area. last time I wore one outside in general was back in May or June.

I think people are wising up but then you stil have the scaredies/totally brainwashed.

I don't know how I would store all that cash without feeling vulnerable.

posted on Oct, 1 2020 @ 01:55 PM
link
a reply to: chris_stibrany
FWIW
Its a good idea ti stop and take a deep breath once and a while, and be thankful to the air, or a God in line with that, if your that way inclined.

Im always being drawn to that thought
Subconsciously


I don't know how I would store all that cash without feeling vulnerable.

In a month it will be gone any way. If not useless.

I do that at least once a day . Always good to do.

All money? Gone? Useless?
Why?

Elections reset digital tat 666 veri chip covid all kinds of reasons.
You can't see it coming? Then your eyes are closed.

Yes, and to make matters worse the unreliability of the PCR tests has been known for months or years.

They generate poor data, and from that comes poor decisions.

This thing was planned years ago.

I didn't mean to beo9n a horse it's just you never know what to expect around here.
edit on 2-10-2020 by carsforkids because: (no reason given)

posted on Oct, 3 2020 @ 09:13 AM
link
Looks like judging by the news and increased cases, some high profile, that we are going into a worldwide lockdown again... I must say this benefits me greatly, already as i start this fourth year Uni course i am going to save a lot of money on my travelling, my lecturers will never be in class or meetings so it will be mich easier to get help if needed, online help but hey i would spend two hours a day travelling to and back, thats extra "study" time.
Not to mention the extra lockdoon money they will need to dish out, cause hey i want to buy things from Jeff Beezo and co.

Im doing psychology, modules focusing on mental health, so looks like i am going to be in work also.

Bill Gates maybe have said he believes the universe is his, but its looking like mine from my perception.