KC-130 and fighter down in California

posted on Oct, 1 2020 @ 01:46 AM
link
Have I correctly understood the updates here... That the only damage to either craft are from landing impact??

Just a "normal" training accident. Refueling is one of the hardest events to pull off when it comes to flying, especially when you're talking probe and drogue from a KC-130.

Thank goodness I never had to suck fuel from a 130, but the hos an basket setups on some of the older KC-135s were a nightmare. You would pull up into a pre-contact position and watch that basket whip back and forth. Trying to match its movement with a 50,000 pound F-4 was nearly impossible. As you moved in to make contact the basket would bang off the canopy and fuselage. We wre vry happy when all the gas stations wre outfitted with the boom with winglets. You just got into position and the guy laying on his belly looking at you through a little window would fly the boom and probe into the receiving port. Andwith the F-4, getting good at airborne refueling was an absolute necessity.Sitting at theendof therunway waiting for takeoff clearance, you werealready fuel critical. The first thing onewould do after getting the landing gear up was to find the tanker. Down low in afterburner, the fuel burn was about 105,000 pounds per hour. Without external tanks we carried 13,300 pounds of fuel, so do the math.

originally posted by: Zaphod58
The crew of this C-130 were both damn good pilots, and lucky as hell. 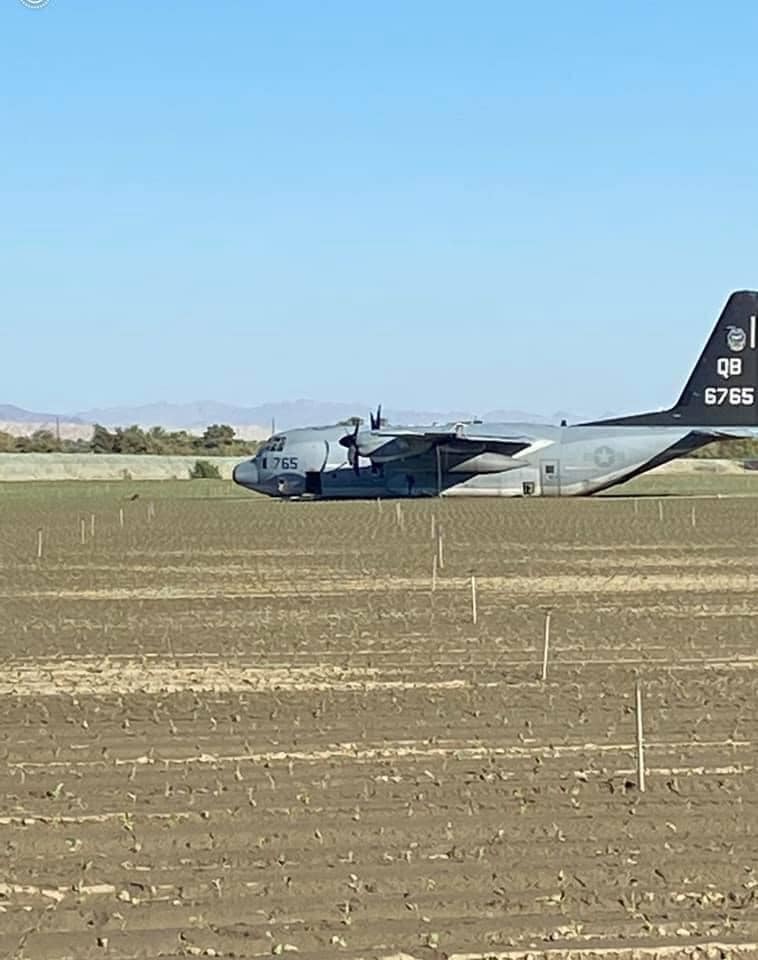 No. The right side damage to the KC-130 was from impact with the ground. The damage to the left engines and fuel tank, that caused their initial emergency, was from the collision. The F-35 lost control after the collision and suffered unknown damage before being destroyed in the impact.

posted on Oct, 2 2020 @ 06:25 AM
link
a reply to: Zaphod58
Man this is just not a good optic for thd f35 program at all. The 22's seems to be performing just fine in Syria and other parts of that region. Why is it that the 35 has to keep having these spontaneous issues from time to time??
Seems to me like the fourth die hard movie was the best performance this jet will ever have.

It's not good optics to people that don't know any better. The F-35 program, as of March, had flown over 250,000 hours. This accident makes four in flight losses in that time, with, if this turns out to be pilot error as it probably will, two of those four being pilot error losses. We're still waiting on the report on the third, so it's possible that was as well, but there aren't any details with that one to speculate. Four losses in over 250,000 hours is a damn good record for any type of aircraft. Accidents are per 100,000 hours, but are usually extrapolated as they hadn't actually flown 100,000 hours.

The F-35 has been on almost continuous deployment to the Middle East since about 2018 or early 2019, and has been performing extremely well there. Both the B model, that made the types first deployment, and the A models from Hill that have been there since that deployment. It's not being advertised but that's mostly because only the bad things that happen to the program get reported and analyzed to death.

posted on Oct, 3 2020 @ 03:43 PM
link
The F-35 belonged to VMFA-121, the Green Knights. The refueling flight was part of the Weapons and Tactics Instructor course that takes place at MCAS Yuma.