posted on Sep, 16 2020 @ 11:03 PM
link
Boy is he getting desperate now? Sharing manipulated videos of his opponent now? Whatever happen to anti-fake news?

Twitter flagged President Trump for sharing a misleading video that made it appear Joe Biden had played the anti-police rap song “F—- tha Police” by N.W.A. on his phone during an event in Florida on Tuesday — when the Democratic nominee had actually played the song “Despacito,” a song by Latin music star Luis Fonsi.

I mean who knows, he could just be trolling? But then where do we draw the line between fake news and trolling? Or are these same thing? I suppose we don't have any clear lines drawn here for respect. Essentially it's ol' golden boy can do what he wants with no standards held by his supporters, and everybody else better walk egg shells toward appeasement.

more than 20,000 misleading or false statements now. Who could expect anything different?

The fact that you think the actual Biden video is less cringe worthy is too funny. LMAO

BTW here are the lyrics to Bidens actual despacito song. Atleast they picked an appropriate song for him.

I want to breathe in your neck slowly

Let me murmur things in your ear

So that you remember if you’re not with me 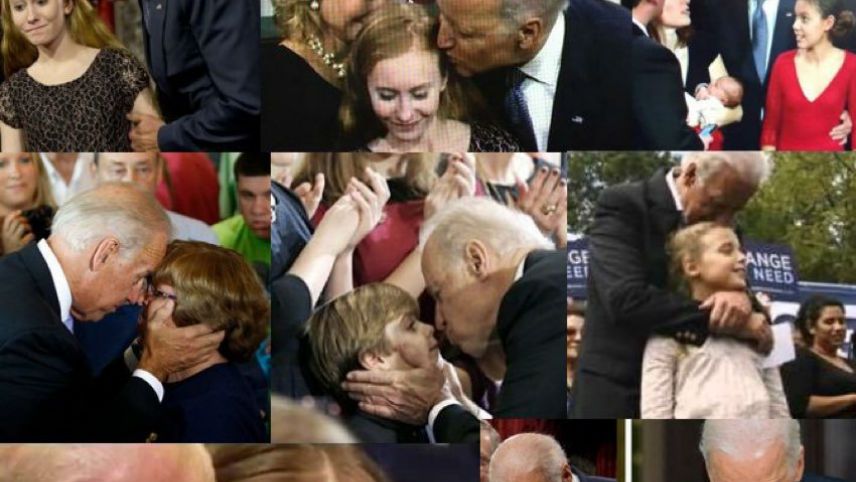 linky to a discussion about Bidens pandering to Hispanics

Also trump didn't post the video he retweeted it and you completely missed the joke.

Remember when he built a bunch of casino's as a joke? Haha, man it was hilarious.

Twitter has indicated that they will be coming down hard on Election Propaganda. So naturally, propaganda is labeled as, “Manipulated Media”.

How you manage to decide this was thread worthy and thus deplete precious memory to post is a bit over the top, considering this isn’t Trumps first time doing this and certainly won’t be his last.

The problem with you people is that you take things TOO seriously. At what point did it occur to you that this is nature of Trump, the Meme God, to go on multitudes of assaults?
Are you going to ignore Bidens campaign ads that literally LIE about Trump?

Lastly, you can keep posting that 20,000 lies link, seriously, nobody honestly really cares. What they do care about is honest and unbiased news reporting, which the liberal media and Mainstreet have disregarded, thus Journalism is at an all time low. Way to blow your credibility against Teflon Don, you can’t stump the Trump, as Mueller found out.

Anyways, I feel this thread is really deflecting from the fact that Biden has lost all Hispanic/Latino support, so pandering mode is kicking in and it’s rather cringe, but if that’s your thing, have at it haus 😏

It’s like you’re so new and naive to Politics, to ignore the vast amount of lies Politicians so easily tell at your face and you willingly accept it, I don’t buy it.

Only four more years, hang in there

Unless they're targeted against him? Then we're talking about taking their media licenses away for fake news?

originally posted by: Southern Guardian
a reply to: Fools

Dude give Pelosi a break. Have you seen her face. She needed that beauty salon appointment.

carewemust
+3 more
posted on Sep, 16 2020 @ 11:23 PM
link
a reply to: Southern Guardian
You're really hitting President Trump on a lot of "small-potato" items lately. That's a good sign to Trump supporting regulars of this forum.

After that nothing burger, they’ve had nothing at all

But it’s certainly been hilarious to watch


Also to us non trump supporters. I typically click on the thread and see who is posting and dont even bother reading and just leave.

However, this was to funny when I accidentally saw that he actually posted Bidens Real video as some type of redemption for biden. LOL

Im not a trump supporter but I doubt his supporters will ever forget Joes or hillaries lies. I hear Joe is working on his 7th degree and Hillary just barely survived sniper fire coming out of target.

Yeah, its all nonsense. Hilary, Biden, and Trump. Our system is mega-broken.

You're really hitting President Trump on a lot of "small-potato" items lately.

Breakthestreak
+1 more
posted on Sep, 16 2020 @ 11:30 PM
link
And claiming that it’s ‘fake news’ as though the President was trying to pass it off as anything other than a joke just makes it even funnier

“He suggested people inject Lysol” is an example of fake news.
edit on 16 9 2020 by Breakthestreak because: (no reason given)

originally posted by: Southern Guardian
a reply to: Arnie123


Standard browsing practices SG, a bit triggered I see? It’s late, so I suppose I can’t blame you. Especially when my “Hearty Commentary” outlines exactly what I figured and you, most likely now realizing your error in judgment with posting this thread, can’t exactly back out now, lol.

I respectfully request something of more value and substances then what you’ve been bringing to the table of recent.