page: 1
35
<<   2 >>
log in
join
share:
ColeYounger
+15 more
posted on Sep, 16 2020 @ 07:20 PM
link
Some recent events have convinced many black people that the dems not only dont give a damn about them, but they regard them as ignorant and easily-manipulated pawns. Black Americans are voicing their disgust through YT and Twitter, and also on TV and radio talk shows.
What's the dems most recent insanely stupid move? Aligning with illiterate rapper Cardi B in attempt to up their cred. The dems think that showing Cardi B as Biden's homegirl is going to resonate with potential voters? Is this not proof of the level of their dementia?


White liberals were described accurately by the activist Malcolm X (50 years ago):

"White liberals are those who have perfected the art of selling themselves to the black man as our ‘friend’ to get our sympathy, our allegiance and our minds. The white liberal attempts to use us politically against white conservatives, so that anything the black man does is never for his own good, never for his advancement, never for his own progress, he’s only a pawn in the hands of the white liberal. The Democrats are playing you for a political chump and if you vote for them, not only are you a chump, you are a traitor to your race.”

Malcolm would often use the term 'useful idiot' (referring to Marxist writings), and he said the white liberals view black voters as useful idiots.

Let's take a look at Joe Biden. He will bloviate for hours about how he championed civil rights in America. Biden's been a politician for half a century. What has he done for his beloved black constituents, other than use and betray them?
Last spring Biden said:
“My entire life I’ve been involved with the black community. My entire career has been wrapped up in dealing with civil rights and civil liberties.” Source

Here's a factual account of Joe's "civil rights championing". Biden pathologically lies about heroic things he claims to have done decades ago, apparently hoping they can't be refuted.
"I led anti-segregation sit-ins with black southern ministers." "I was arrested in Africa for going to see Nelson Mandela."

Harris is not an ally to black Americans either. Her tenure as California attorney general is a farce. Her nickname was "The Crooked Cop".
As far as lying goes, Harris doesn't tell the whoppers that Biden does. Her lies are lesser in scope. She claims she listened to Tupac and Snoop while she was in college, getting high. Neither of those rappers had released an album when she was still in college. In recent interviews, she says she just loves Cardi B. Harris even had a staffer make a video of her dancing to Cardi. Of course, it's gone viral.

Here's the super-cringey 15-minute video of Biden talking to rapper Cardi B. This thing is surreal. Biden tells Cardi that they call him "Joey B". He suggests that "maybe we're related."

Again, the video of Kamala Harris dancing to Cardi B has gone viral. (It's about as authentic as Elizabeth Warren's "I think I'm gonna have a beer" vid)

But when people let themselves be used, and taken advantage of, that's another matter.

posted on Sep, 16 2020 @ 07:32 PM
link
The biggest problem with quoting Malcolm X is, white liberals will NEVER read or listen to the words of a black man who isn’t rapping about his wet pussy.
Why would they? They don’t consider them relevant, they already know what’s best for black people.

But the quote you posted is certainly something that the narrative-swallowing liberals need to hear.

Also, that quote in particular speaks of a realisation that is coming to light among the black community today,

Which is why the black dEmocrat-voter is currently the number ONE fastest shrinking minority in the USA today. The dEms are losing the black community hand over fist.

The President however, is seeing the exact opposite effect. Probably due his actions. Lowest black unemployment etc etc.
The lies of the media are being drowned out by reality.

It’s not like Biden would ever play a song in Spanish just to appease the Latinos, would he?

Yep, the pandering is disgusting and easy to see through. Some minorities are waking up to the fact the dem party is a sham and they’re being used, so there is hope.

You'd think that Biden could treat people with respect. He even said he believed that we're all equal, and we were all created by "the thing".

posted on Sep, 16 2020 @ 08:20 PM
link
It is indeed so incredibly backwards. BLM is funded and backed by powerful and racist black slave owners who have tricked BLM soldiers into thinking its a group backed by people who are sympathetic to whatever ails anyone, but in this case Black Americans.

Completely hoodwinked by racists who run the BLM and fund it. Can anyone even imagine such a deception? It's real, and it is happening.

I know, in a socialist society, some are just more equal than others.

Dare to dream. It would be a nice world wouldn't it?

I prefer to treat people according to how they merit being treated.

posted on Sep, 16 2020 @ 09:55 PM
link
No truer words ever spoken, words to live by. Garth wrote this after being in LA during the riots, well worth taking a min out of your life to listen to.🙂

You forgot to finish the sentence -- Because then agendas wouldn't get filled, pockets wouldn't be lined, and people wouldn't be as easily controlled or rendered afraid.

It's a pretty sucky realization in it's full scope there.
edit on 9/16/2020 by Nyiah because: (no reason given)

Thought that was implied.

Well that is part of the problem. Too many people are being allowed to remain animals instead of being inspired to aspire to more and greater, to rise above that base part of our natures and seek to control it rather allowing ourselves to be controlled by it. But that requires the hard work of teaching discipline and self-control and right and wrong.


Sad but true for the most part. Never align yourself fully with any group is my motto, it will always bite you in the a$$ at some point. 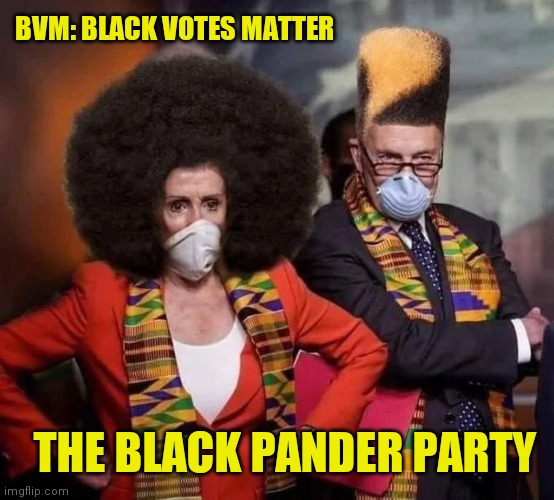