Trump sign in your yard beware. Man arrested when mob gathered in his yard to intimidate him

Apparently a neighbor got on facebook and organized a party to be held on the man's lawn at night. A large number attended on the mans front yard with loud music, food and yelling at the man "We believe the babies" and other things saying he was a racist.

The frightened man got a gun and brandished it. The police came and the mob began shouting "You gonna be arrested" and other things like "Parole Pete". Guess what? Instead of breaking up the party or disbursing the mob, the man was arrested to the cheers of the neighbors.

This could happen to you if you put a Trump sign in your yard. This could happen to you as in other parts of the nation where people come specifically to intimidate and frighten you onto your property in mass. If you dare to defend yourself from anyone charging you as a racist, true or not, the police will arrest you, not the people who protest and scream at you on your property.

This is why Trump voters are "shy" and not putting signs out or telling friends how they plan to vote. My husband is in a group of men who meet every week. One is a Democrat and my husband says he goes on and on about how evil and racist Trump is. I asked him about the rest of them. He said, oh the rest of us are voting for Trump. I said does your one friend know. He said no, the rest of the guys just keep quiet about their politics and won't say anything. This is typical I think of what is happening in the US.

This is the new normal in states with Democratic Governors and cities with Democratic Mayors. The only places in the US this is happening is in Democratic run cities and states, arresting conservatives trying to protect themselves from mobs that decide the person/people in the house are racists. So if you live in a Democratic run state/city know that if a mob decides you are a racist or a Trump supporter and they gather in mass on your lawn to intimidate and frighten you - if you try to defend yourself, you will be the one going to jail. I fear what will happen in the entire US if we have a Democratic Party President/House/Senate and this becomes normalized treatment of conservatives in the entire US.

edit on 9/16/20 by The2Billies because: revised title to give more accurate information

Clearly that Trump sign is a symbol of racism and the guy deserved to be pulled from his home by the cops for defending himself from a mob of screeching whiners.

Heard about that this morning, on my way to work I picked up 3 trump signs and a big sign says "This Home Protected By Smith and Wesson " .

Will set them up after work tonight, will go good next to my " this home owned by a constitutionalist" sign. 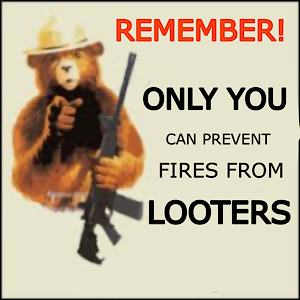 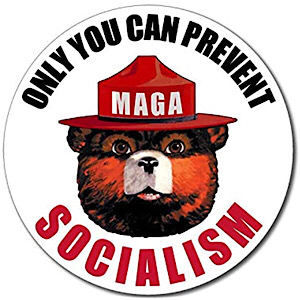 posted on Sep, 16 2020 @ 11:48 AM
link
I wanted to put a couple Trump signs up but my wife was afraid about doing it, so I decided against it just in case something like this would happen and I wouldn’t be home for her.
I don’t think anything like this would happen in my neighborhood though, upper middle class area that is quiet 99% of the time.
Also several concealed carrying, retired military guys that we know that wouldn’t hesitate to take clowns like this on.
So I know something like this mob would be put down pretty fast around here.

The modern Nazis are here and we have to keep our eyes open.

posted on Sep, 16 2020 @ 11:50 AM
link
Infolurker posted this story last night. Seems like quite the overstep.
www.abovetopsecret.com...

originally posted by: vonclod
Infolurker posted this story last night. Seems like quite the overstep.
www.abovetopsecret.com...

Thanks, I hadn't seen this .

As I said earlier, this is happening more and more.

If Democrats end up with the Presidency/House/Senate we can expect more violence directed at conservatives where the victim will be the one who goes to jail, while the liberals who intimidated and purposely frightened them will be looking on laughing and partying. Since the precedence has been set by Democratic Governors/Mayors.

This is why I think the polls are all very very wrong this year, more than 2016. Terrorized conservatives will not be shy in the privacy of the voting booth and from what I am hearing from friends/family, they are going in person to make sure their mail in ballot is not one of the 20% that is deemed invalid and cancelled every election.

So we'll have to see.

I am not the only one who sees what is happening in Democratic run areas and the violence and terror heaped upon conservatives for simply having an opinion that differs from the approved liberal opinions. This may drive people to be circumspect with whom and where they talk about their politics, but it does not keep them from voting - it drives them to voting for self preservation.

posted on Sep, 16 2020 @ 12:49 PM
link
I other news.... “Ammunition sales have increased due to white supremacist aggression occurring on their lawns”

posted on Sep, 16 2020 @ 01:23 PM
link
I’m curious about the actual arrest part of this. What grounds did the police have to arrest him on? Was this something an officer called in to a superior who instructed the onsite officer to make the arrest?

Hell, when the McCloskey’s (sp?) got in their yard and pointed guns at people, I said it was irresponsible and they should have stayed inside, perched up on the 2nd floor where they had a much greater vantage point. If this dude stayed inside his home with a gun, how was he breaking the law? Was he pointing it at people?

This country is too f*cked up these days.

originally posted by: SKEPTEK
This guy is more of an innocent victim than Breonna Taylor ever was.


It's the cops. The cops are protecting BLM and Antifa brown shirts. Time to lay 'em all waste.

How about no. How about as citizens we stand up and demand they do their jobs.

Or I dunno, maybe Defund them?

WTF are you talking about?

Man, you non-Trumpers make it way too easy for his base. I don’t even like the guy and see this as lunacy.
edit on Wed Sep 16 2020 by DontTreadOnMe because: (no reason given)

slatesteam
+3 more
posted on Sep, 16 2020 @ 02:53 PM
link
a reply to: AlaskanDad how about no? How about anyone flippantly advocating violence for political gain take it elsewhere. On both sides. Be better please? If we lose completely a neutral ground for debate and discussion without mud-slinging, then it’s over.

Humanity’s demise lies in our inability to escape what we hate.

Another way to look at it might be this? These people gathering at the dudes home, are kinda like the KKK and how they intimidated these folks ancestors. gonna get ugly