Japan's first and only African Samurai 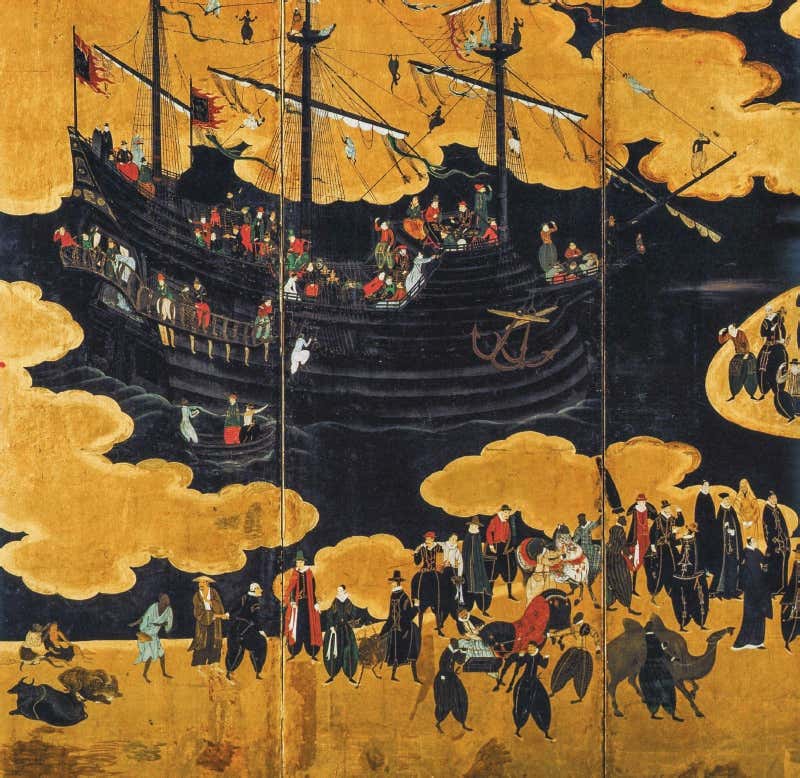 Arrival of Portuguese traders to Japan, multi ethnic crews of Africans , Indians , Chinese both enslaved and Free, in this group would be sailors, military men etc.

With the release of the most comprehensive book African Samurai , by Thomas Lockely, about this interesting figure called Yasuke, a mid 16th century African called Yasuke by the Japanese, is coming into focus, his impact on Japanese overall history was to remain none essential, however, his personal story though continue to inspire, especially pop culture, some have seen the exploits of Afro-Samurai ,plus his own manga and gaming figure. 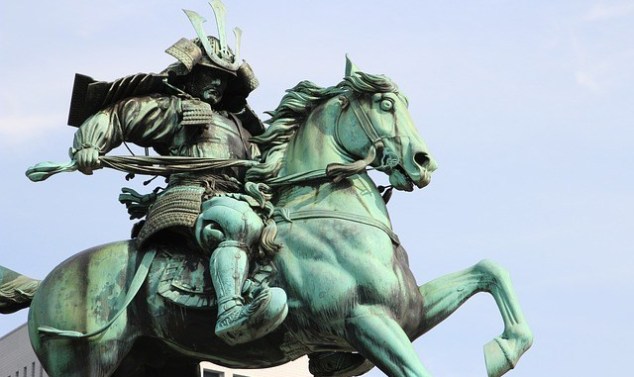 Those alive during the 80ts may remember the mini series Shogun.

He was not Off course the only foreigner to grace the double sword of the Japanese warrior class, but he was the first from the lands of the western barbarians, a Blackman who traveled from the West with the Portuguese, nor was he the most well known, the foreign Samurai, William Adams was much more famous and recognizable, Yasuke 's career was too short, especially since he came out on the losing side, with the death of his Lord Nobunaga, who wanted to make him a Diamyo, however he did have his own house old with servants, just not his own fief , unlike William Adams a few decades later.
The early history of the lives of these two gentlemen would not be comparable, one spent his life at an early age learning his craft as a shipwright the other, was captured and sold as slave from a young age, trained in the arts of War, fighting battles for Indian warlords, later to took his freedom after the decapitation of his former master, he became a sell sword, not unusual for Military Africans at that era, he later found body guard work with the Portuguese, guarding the head papal missionary heading to Japan, his personal glory started there.

His arrival caused a stampede resulting in a number of fatalities, shortly after landing because the figure of this giant very darkskinned Blackman, shapely and handsome in countenance, this got the attention of Nobunaga who sent a number of men to see what was the commotion all about.
He was bought before and became very impressed, at first at his physique later for his intelligence , military ability, and his multilingual skills set, which would serve him well later under another lord..Kato Kiyomasa.

Yasuke taking part in a number of matches , reportedly to have the strength of ten men.

Our hero did well after the defeat of his master he apparently became both a gunner officer and logistics officer under Lord Kato Kiyomasa of Kumamoto .
There he seemed to be married to multiple wives and had children. 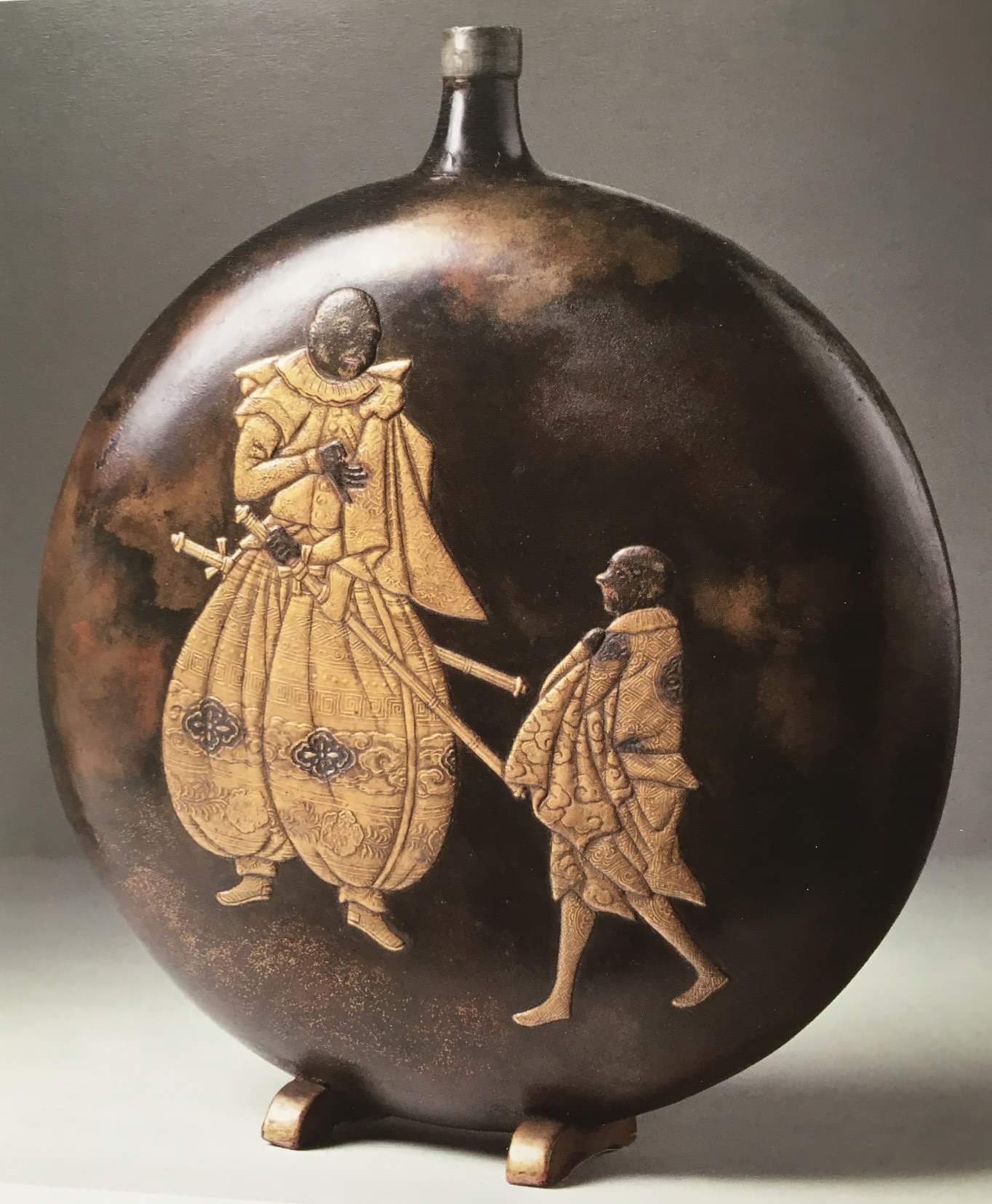 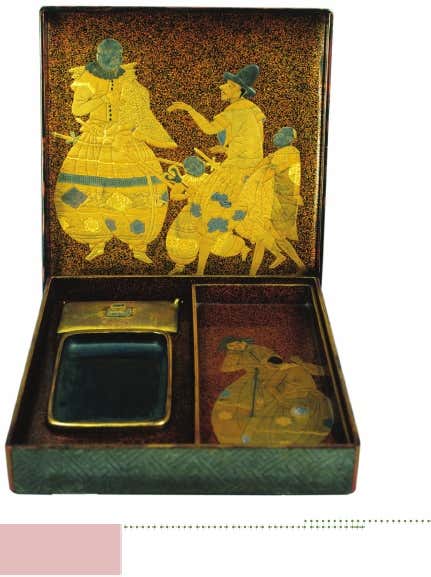 Yasuke with son and a Portuguese trader and black youngster, perhaps personal attendant

The last we heard about the Black man , was his involvement in the disastrous Imijin war, the ill fated invasion of Korea.

Thanks for posting that was very interesting.


Kurobo had not initially accompanied Katō to Korea, but remained behind in the port of Ikura in Higo; the letter of 1593 suggests he was a retainer with responsibility for aspects of international trade and foreign affairs. In 1594, this man called Kurobo sailed aboard a Chinese-style junk, built by immigrant Chinese shipwrights in Japan and owned by Katō, with a cargo of silver and one hundred twenty tons of wheat bound for Manila in the Philippines. The Spanish in Manila were very keen to trade for wheat as it was in short supply locally and for them it was essential to make their staples of bread and ship’s biscuit. The wheat was traded for munitions and then taken to Korea to supply the desperate garrison. 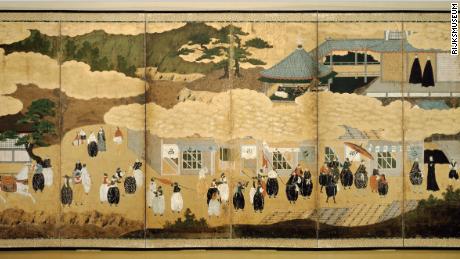 As logistics Officer charged with procuring supplies for the war effort, from Japan as well as over seas.


We do not know how long Kurobo had been living in Ikura and serving Lord Katō, but another highly interesting piece of information revealed by Katō’s letter is that it specifically mentions that care be taken of the African man’s wives and children while he was away on this voyage. Kurobo—whether he was Yasuke or not—was clearly well established in Ikura and had been living there for some time. He was a man of wealth, rank and responsibility in Higo. After all, to support such a household, you needed to be very well off. To specifically mention his family, Katō also clearly valued his service, and was fond of him. It also indicates the African was given preferential treatment as a foreigner, allowed multiple wives—polygamy was not common in Japan, although most men of rank had concubines. Geographically, professionally and chronologically, there is every possibility that the man was Yasuke in the service of another Japanese lord. Remember the illustration on the writing box (in Chapter 8) created by the Rin School, the one of a very tall black man dressed in expensive Portuguese clothing and the two dark-skinned boys. The cloak carrier is clearly a servant. But the boy musician? Could he be the giant’s child Katō writes of? The man in the illustration is likely Yasuke.

originally posted by: CopeLongCut
Is there a pdf link... or other to this book?

sites.google.com...
Try his you must hit the down load red message.

You are welcome , pls keep in mind tho, such rugged individuals were common for that age, carving out a nitch for themselves, this was more common in India and southeast Asia , where a number of such men, out did our hero Yasuke, becoming generals and even heads of state, like Conan the Barbarian.
Slave.
Soldier.
Barabaian.
King
edit on 16-9-2020 by Spider879 because: Because Amazon IPad auto correct Sucks.

Was he a character in BLACK Sails??? The pirate miniseries , based roughly off real events.
Yeah Boudica was badassed, I gave her as much respect as I did Queen Amanirenas of Nubia who stopped the juggernaut armies of Augustus Ceaser dead in it's tracks, saving her nation from foreign conquest for another 1700 yrs.

yeh I watched black sails for a few seasons then forgot about it , its possible he was put into a tv drama as he was a famous sword fighter with some back story haha he was quite the rogue always getting into fights and into impossible situations.

I'll definitely check out Queen Amanirenas she sounds awesome , I sent you the link to the songhai empire and the African age of gold , it talks about Sunni Ali and then then Askia the great who usurped him
some really interesting history there and being born in Scotland its History we have never learned either in school or outside of. The city states these people ruled over were huge , that is impressive.

Its crazy to think we had cities like this back then , think about angor wat in cambodia it was said there were around 25000 people living in the city just to maintain it.

I';ll also need to finish watching black sails , I love pirates and stories about them , like william kidd , his story is mental

Thanks again for more nuggets to dig for

African Odysseys: AFRICA, INDIA AND BEYOND IN THE EARLY MODERN WORLD

Oh Should've provided this earlier for more overall context of not just Yasuke but others as well, same author Thomas Lockley.
I contacted him today, the art work of Yasuke made in Japan but now housed in the Portuguese Museum.
edit on 16-9-2020 by Spider879 because: Add content.

originally posted by: Brotherman
I wonder if he was the inspiration for Afro Samurai anime? One of my favorites btw.


Yup! the author alluded to it, that and his many characters in various video games .