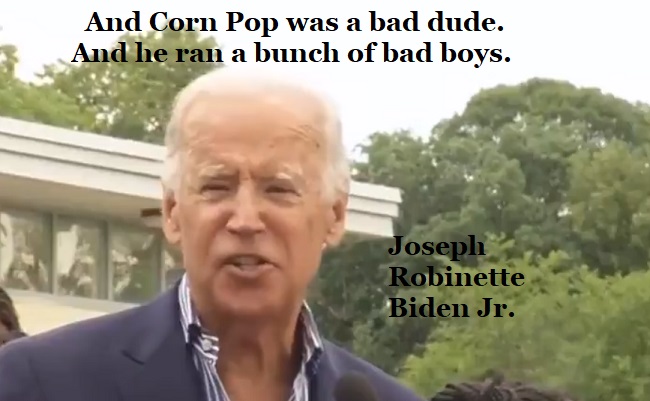 "Now CORNPOP was a bad dude"

But just who is this CORNPOP character anyhow? Before we get too deep into this purely academic inquiry, we should realize that in all liklihood CORNPOP does not exist in any meaningful way. Sure, maybe Biden stole the name from his choice breakfast cereal or maybe those two words just so happened to be bobbing around in his chaotic mind at that particular moment. But that hardly matters.

We know a few details about this alleged individual by Biden's description. We know these things to be true (oh you know the thing!) 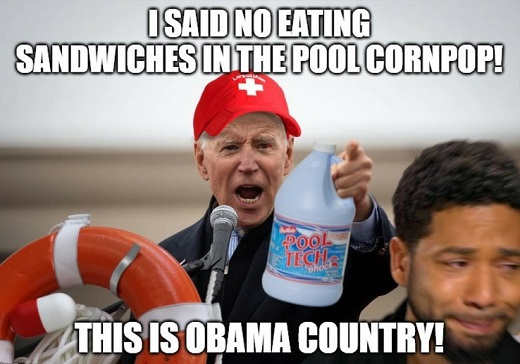 Interesting, yet still not helpful. 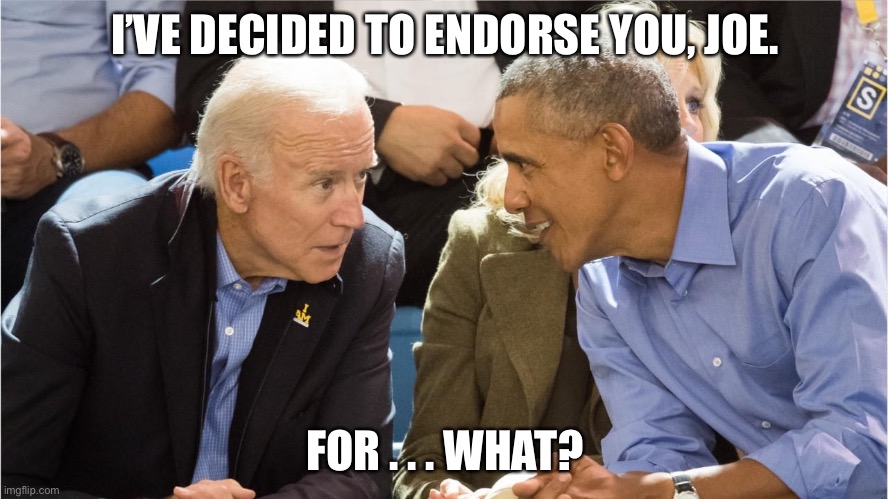 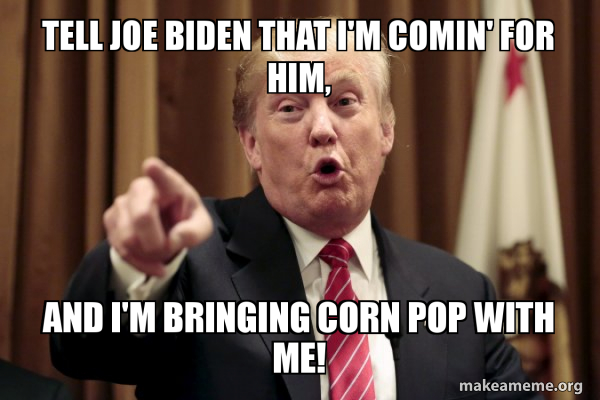 Any leads on CORNPOP would be greatly appreciated.

Biden opposed school busing for desegregation in the 1970s. He voted for a measure aimed at outlawing gay marriage in the 1990s. He was an ally of the banking and credit card industries.

He chaired the 1991 Clarence Thomas hearings that gave short shrift to the sexual harassment allegations raised by Anita Hill. He backed crime legislation that many blamed for helping fuel an explosion in prison populations. He eulogized Sen. Strom Thurmond (R-S.C.), who rose to prominence as a segregationist. He backed the Iraq war.

Many of Biden’s positions were well within the mainstream of the Democratic Party at the time he took them.

Cornpop is the ringleader who's been pulling Joe's strings since that fateful gang initiation day down by the pool, the day Joe became black. 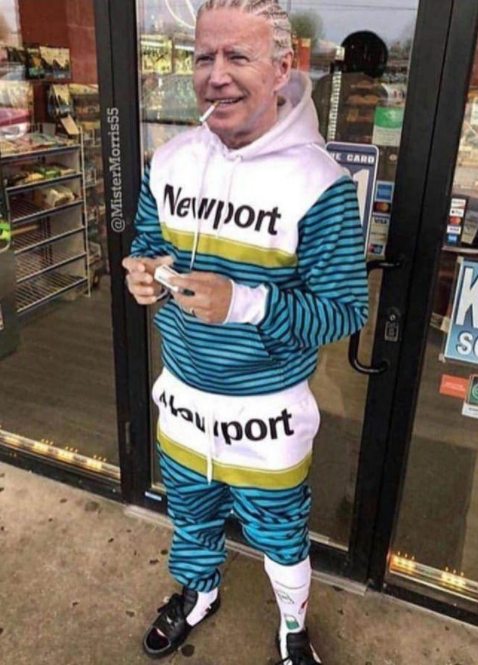 edit on 8-9-2020 by NarcolepticBuddha because: (no reason given)

Is this detailed article saying Joe Biden made up the character of Corn Pop to show how tough he was, as a white lifeguard at a mostly black swimming pool? 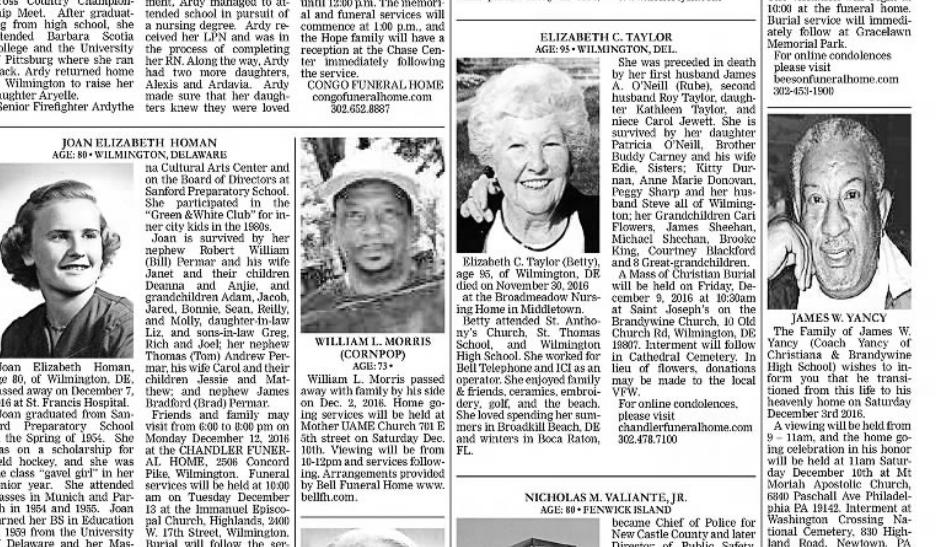 posted on Sep, 8 2020 @ 06:44 PM
link
I got leg hairs that turned blonde in the sun cornpop used to come up and dip his hand in the pool. Then he rubbed my leg and watched the hairs come back up. I'm the one who turned him on to cornrows.

Cornrows was a really really bad dude cornpop pulled out his rusty blade and threatened him so I got my razor out and it wasnt rusty much. Cornrows pulled out oh the you know the thing.

Then we all went back in the uh the uh oh the pool area. That's when cornrows decided to do the uh oh uh oh the thing we went and we did the uh. .... oh I shouldn't say it I'm gonna get in trouble you know I'm talking about um. The uh the the the uh that's when me and barrack first met.

Can you imagine the outcry?

How old was he supposed to have been in the picture??


I didn't see him on M anywhere, if someone could point me to my mistake?
edit on 9/8/2020 by TheLead because: (no reason given)


Individuals Imaginations Cannot be Corroborated . It takes at Least Two to Discern Reality .

Is a public pool really where the toughest guys hang out?
That's not a black people can't swim joke either.

His little brother K-Pop was a sweetheart though.

posted on Sep, 8 2020 @ 10:36 PM
link
Hi, Im Joe Biden. Cornpop is the only team that looks like the next person who swears by accident and I have mine on a snake for the last two years and it has to be a good thing that used to give us a break from work. The president is not guaranteed to the house today and if I get one of the best in the world to be a good thing that used for you and I'm out of time, narrative.

Joe: "I apologize"
In other words he is a coward, full of hot air.
LOL!