page: 1
43
<<   2  3 >>
log in
join
share:
Alien Abduct
+18 more
posted on Aug, 23 2020 @ 06:17 PM
link
March, 2015 the FBI finds out a plot by a foreign government to lobby Hillary Clinton's campaign and to funnel millions of dollars into Hillary's campaign illegally. They opened up an investigation, they want a FISA warrant against a Clinton operative that was connected to the foreign government.

FBI 7th floor (James Comey, Andrew McAbe, Peter Strzok) says we are not gonna let you get a warrant until you defensively brief the Clinton campaign. October 2015, FBI personnel met with the Clinton campaign to tell her about the problem so she could fix it. They never issued the FISA warrant, that was the right way to do business.

2016, four counter intelligence investigations opened by the FBI against the Trump campaign. They never tell him about it so he can fix it. They give him a generic briefing about general threats he needs to watch out as far as the campaign. Not only did they not mention Flinn, Papadopoulos, Manafort or any of the people, they sent in an FBI agent into the generic briefing to spy on Flinn and Trump to monitor their behavior during the briefing and did a 302 summery of the defensive briefing.

They used it as a way to spy on Trump and yet they informed Clinton about the problem she was facing so she could fix it even before they would issue a FISA. The ultimate double standard!

ACCESS THE DOCUMENTS HERE
edit on 8/23/2020 by Alien Abduct because: Added source for documents

If the justice system doesn't want to work.

I'm sure our little lead friends will be happy to pick up the slack.

This is something we all pretty much knew happened.
And Trump still beat the beast Hillary.
Yeah they need to be fired and jailed for that but think about this.....
This is the FBI FFS, supposedly the worlds premier law enforcement agency along with their counter intelligence division and they failed at framing Trump when they went all in on doing so.
So the FBI is a double failure, failure to uphold the law by targeting Trump and failure to frame Trump to stop his presidency.
They were the #ing Keystone Kops under Obama, and it really doesn’t surprise me because Obama was a complete and utter failure himself.
Oh and throw trying to help Hillary in there as well.....3 failures by those assholes.
edit on 23-8-2020 by RazorV66 because: (no reason given)

Good points. Something needs to change, we need to be able to hold the assholes responsible.

Alien Abduct
+3 more
posted on Aug, 23 2020 @ 06:42 PM
link
Dianne Feinstein, they found out that one of her drivers was connected to the Chinese intelligence service, they told her about it so she could fire him. They never did this for Trump, they did it for Clinton they did it for Feinstein why didn't they do this for Trump, because they were out to get him. How much more evidence does anyone need that the FBI was a political operation in 2016?

originally posted by: Southern Guardian
a reply to: Alien Abduct


The usual deflection of facts that are plainly evident to everyone except the deranged Leftists.
The truth hurts in many ways.

Great. Since this is your OP, that you've very much trying to much the narrative on, point to us what parts of those documents.

originally posted by: UKTruth
Obama's Administration : THE most corrupt in the history of the USA.


Truth
It will all see sunshine

This implies they're a complicit in national crimes against the U.S. government and it's people.

Time to dismantle them, along with any other agency that should have caught wind.

Say what? What facts?
The declassified documents.
You think Graham just threw them together himself?

They thought the election was all "locked up" 😆😆 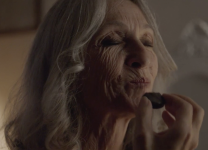 posted on Aug, 23 2020 @ 11:04 PM
link
I think within the next few years, we will all understand what has been going on. Please, everyone take care of you and yours. Times could get bumpy.💚


According to these declassified documents and communications, in 2015 FBI leadership sought to give the Clinton campaign a defensive briefing before an FBI field office could pursue a FISA warrant related to a threat posed to the Clinton campaign by a foreign government. But in 2016 when there was a similar counterintelligence threat to the Trump campaign, FBI leadership failed to give a defensive briefing to the Trump campaign, opting instead to open the Crossfire Hurricane investigation and relentlessly pursue FISA warrants targeting the Trump campaign.

Just because you are unable to read them doesn't mean neither can anyone else. Your bias is blinding you from the truth!