I just can not believe celebrities can be this stupid

page: 1
20
<<   2  3 >>
log in
join
share:
CharlesT
+5 more
posted on Aug, 13 2020 @ 01:17 PM
link
At some point, a person thinks he or she has heard absolutely the dumbest thing coming from a celebrities mouth that there is no way it could be topped by another celebrity, but Jamie Lee Curtis has just shattered that myth. Once again, stupid strikes the celebrity circle.


Jamie Lee Curtis Wonders if Trucker in Red Hat Towing USPS Vehicle ‘Stealing the Election’
Actress Jamie Lee Curtis floated a conspiracy to her half million Twitter followers that President Donald Trump could be trying to “steal the election” after she said she saw a red hat-wearing truck driver towing a U.S. Postal service van.

The state of California needs to do a chemical analysis, for lead, of the Hollywood drinking water. It has to be 10X the acceptable levels out there.
People can't be this stupid.

She is a complete idiot, just like most ultra Liberal celebrities.
Can we even call her a “celebrity” anymore?
I mean what has she done other than having a famous father and the dozen or so Halloween movies?
And if she knew any damn thing about the USPS, she would know that the mail trucks are hazardous death traps that break down more then they stay running.
She should be grandstanding for the USPS to at least put air conditioning in the garbage trucks so the carriers are not dying from heat stroke when it gets 125 degrees in them.
She is only worried about mail-in voting so the Dems can cheat as usual.

I see your Jamie Lee Curtis and raise (or should that be lower) you the UKs number 1 tool, Joey Essex 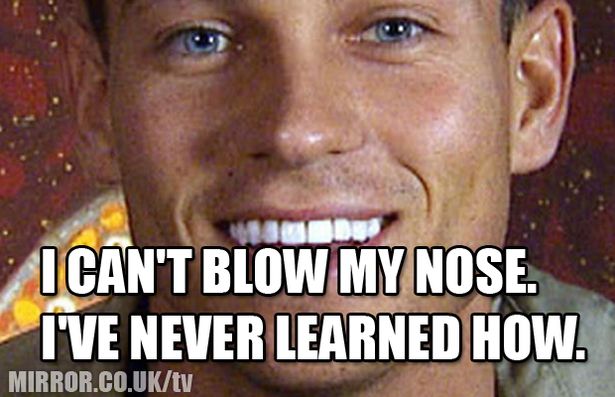 Considering that acting requires brains sizeof a parrokee brain - I'm not at this point surprised at all what is coming out of HW ...

posted on Aug, 13 2020 @ 02:24 PM
link
Is it not true that prior to being Potus, Donald Trump was a celebrity? Didn't he host a long running pretend game show with Celebrity in the title?

Yep, he did. That makes him a celebrity. So sure, while Curtis's theory may seem a tad foolish it can easily be added to the long list of foolish remarks by celebrity Donald Trump.

posted on Aug, 13 2020 @ 02:25 PM
link
Charlize Theron beautiful and talented actress but dumb as a fence post touting Biden/Harris as the candidates we need to get out and vote for.

originally posted by: putnam6
Charlize Theron beautiful and talented actress but dumb as a fence post touting Biden/Harris as the candidates we need to get out and vote for.


Charlize Theron has a MENSA level IQ. Not at all dumb, just extremely evil. Have you seen what she did to her child?

It breaks the liberal echo chamber they're in, she probably thougth she'll have total support.
This is a prime example of liberal media echo chambers. Loud online, small in reality.
17k replies on how it's the Dems actually stealing the election, seeing MAGA hats is a norm, Twitter couldn't suppress them all 🤭
When stupidity presents itself in such a manner, The People will descend upon them in hoards 😂

I wonder if he was also wearing a white mask and brandishing a large knife.

It's proof that sufferer's of TDS deteriorate mentally until no brain function remains. It takes about 8 years to completely devastate it's host.


The Trump administration continued its attacks on the U.S. Postal Service and voting rights Thursday, as President Donald Trump admitted he is denying USPS funding to block mail-in voting while White House economic adviser Larry Kudlow called voting rights “not our game”—prompting an outcry from Democrats alleging Trump is “sabotaging” the election through his continued politicization of the postal service.

posted on Aug, 13 2020 @ 03:07 PM
link
Whatever.
We all know those were protesters locked up in the postal van. On their way to holding cells until after the election.

He is trying to equalize his chances, based on the number of his supporters that have died due to Covid-19.
I just don’t think he realized his previous inactions would have killed off part of his own base.

posted on Aug, 13 2020 @ 03:14 PM
link
"Celebrities" are well paid actors that swear to play the part to the fullest extent regardless of their own personal views
🤓🐰

originally posted by: grey580
a reply to: burdman30ott6


Yep, it was that scene that, for a moment, I forgot all about her man-face

posted on Aug, 13 2020 @ 03:32 PM
link
As a progressive union actor and crew...I'm perfectly satisfied to not even be close to "celebrity" status; Also happy to work IATSE crew on any projects that's shot here in tamalewood.

At least the Right wingers are watching the products from Netflix and the other streaming platforms; that's all that matters. Thanks!!

I got a nice residual check today from SAG for my roles in Breaking Bad and Better Call Saul. Thank you!! Amazon, hulu, Netflix, and Fox universal, Disney, and the rest of the production companies for affording me another career for this old boomer.

Or, we could understand that the reason Trump became a celebrity was because his daddy gave him a ton of money to get started in business. He then overly promoted himself as a flamboyant ''playboy'' and donated money to any and all liberal celebrity causes he could find. He went out of his way to be photographed with stars and other celebs to make himself out to be one of them.

There is also speculation that his ''Brand'' had long suffered from a series of failed enterprises. He had been trying to bolster it, to make it more of a household name. When NBC came along and offered him that job, he took it just to increase his own celebrity. That and the paycheck.

So yeah, Trump who now claims NBC to be a ''fake news'' outlet, took great advantage of his relationship with NBC during his ''celebrity'' years. Nice to know that he first cashed in to the tune millions and millions of bucks by his association with NBC but now claims that they are fake. He should know huh?

So no, he didn't become a celebrity because of his business prowess, but rather his exploiting the media he now claims to hate.