The original thread was what 10 years ago and I was describing from memory. Sorry if my memory is not as razor sharp as yours !

posted on Aug, 10 2020 @ 12:26 PM
link
a reply to: devilhunter69
My memory isn't razor sharp, but once I opened the link to that thread, I remembered discussing in the thread the possibility that it could be a hubcap. But it was a long thread and perhaps you didn't read it.

One thing we tried to look at in the thread, was whether we could detect a string or line suspending the object. Through an unfortunate coincidence, the writing on the back of the photo bled through in the scan enough to interfere with the suspension line analysis. If it was really important to know (like if a photo was evidence in a murder investigation or something), it might be possible to make more sophisticated scans which don't pick up the writing on the back, by scanning using only limited frequencies perhaps, or possibly other techniques which won't pick up the writing on the back. But, it's not really that important, so it remains inconclusive.

By the way I think you have a point about memories not being that good after a long time, mine included. There's another thread where someone took statements from people of things that happened 30 years ago, and I don't think 30 year old recollections or memories are very reliable, for most people, though there might be a few exceptions. I even made a thread about that topic:

You Have No Idea What Happened

That study was done on college students who should be near the peak of their recall abilities, and they often had huge lapses in memory after a few years, and were even convinced that their wrong memory was right.

So I happen to be interested in the topic of memory loss and false memories. My question wasn't meant as an attack, sorry if you took it that way..

edit on 2020810 by Arbitrageur because: clarification 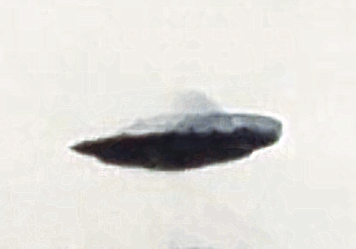 It seems to be close to the camera since its sharpness level is at least as high as that of the trees on the right (click here for the fullsize image), but I suspect it's even a bit closer. It could be anything from a genuine UFO to a hubcap or a sombrero/hat tossed from a balcony that we don't see in that image.

That's pretty much how I see it, except with a flat top instead of rounded top. I'm not seeing any signs the top is rounded like the gif shows. Here's the analysis from p35 of the original thread, showing a flat top:


originally posted by: curious4ufos
My first post here on ATS… this thread just convinced me to register.

I have an extensive photo background and would like to throw some theories your way.
(snip)

The first level are the trees on the right (#1) with the thickest most defined focus edge and the last level is the hill top on the back with a very thin focus edge (#5). 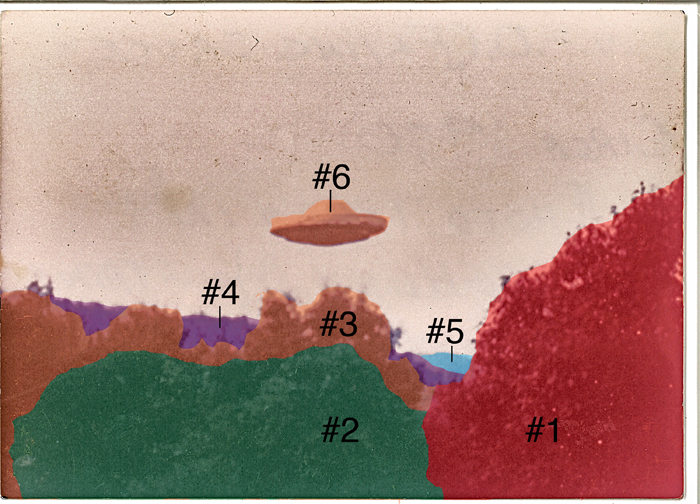 Edge tells me that: the camera was focused on or near the trees to the right and the object was most probably behind or in front those trees.

Haze and discoloration…
I sampled a lot of areas in the picture and I'm not getting the same values of density that jritzmann appears to be finding.

So actually, black density is telling me that the object was farther away than the trees #1 and around the same distance as trees #3

edit on 2020811 by Arbitrageur because: clarification

Thanks for the link. It always amazes me when I see that almost every case has already been discussed on ATS with so much valuable information hiding in the ATS archives.

IMO it'd be really great to have some of these extra bits and pieces available in some kind of database where cases and sightings are stored together with official material, analyses and other sources like relevant ATS contributions. Debunker explanations could also be included.

A rating system for each source, explanation or sighting criteria would help indicate how relevant and important a case is. Then one could try to connect the dots much more efficiently.

But that would probably be a huge project that only a paid "task force" could set up...