page: 1
51
<<   2  3  4 >>
log in
join
share:
JBurns
+30 more
posted on Aug, 5 2020 @ 06:37 PM
link
Joe "Gaffe-Machine" Biden angrily called a CBS journalist a "junkie" after the journalist asked Biden whether or not he had actually ever taken a cognitive test. During the rant, Biden also admitted he has never in-fact taken a cognitive test contrary to the claims he's made in the past.

During an interview set to air Thursday, former Vice President Joe Biden said that he had not taken a cognitive test and attacked the question as unfair, likening it to being asked if he was a "junkie."

"No, I haven't taken a test. Why the hell would I take a test?" Biden said in an interview with the National Association of Black Journalists and National Association of Hispanic Journalists. "Come on, man. That's like saying you, before you got on this program, you take a test where you're taking coc aine or not. What do you think? Huh? Are you a junkie?"
Some on the right have attacked Biden as flip flopping from previous comments he made, suggesting that he has in the past confirmed that he was taking cognitive tests.

Not only is Biden a proven liar (from Corn Pop to numerous arrests that never happened to something small like a simple cognitive test) but he clearly has a problem with black people in general. He can't seem to go one on one with a Black journalist/host without getting defensive, aggressive and angry. You'll recall his "you ain't black statement" to a radio show host a few months back.

Yes, the source is CNN. Shocking isn't it? Of course they try to weasel out of Biden's blatant lie, but the tactic admissions here are worth amplifying fake news CNN. 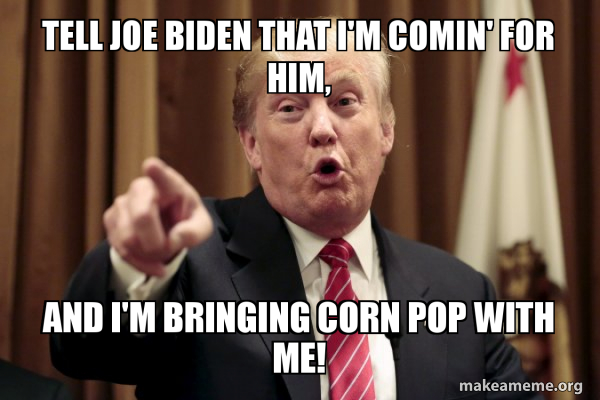 Not only is Biden a proven liar

Trump is a proven liar as well. 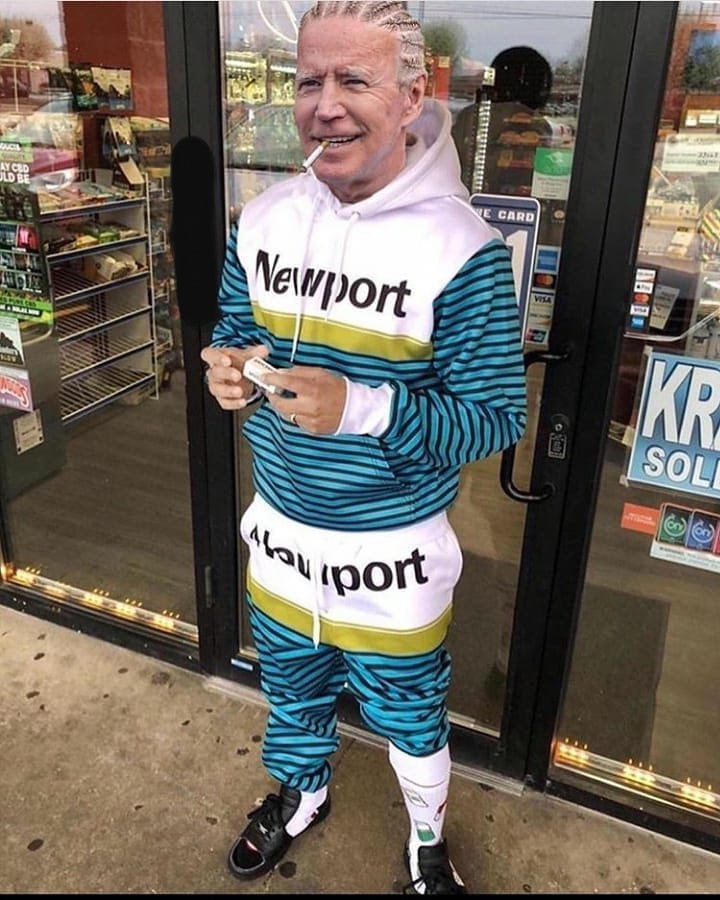 
It was Not a Gaffe , but a Personal Demonstration of Mental Dementia in Action . Pity The Fool ........

But Annee, Trump does have big balls if steel.

Trump ran first time go and beat a rig system full of establishment critters and defiantly took it from them and made it all about America and of course, himself 😌

Such is the price for what we don't deserve.

Also, your post amounts to the proverbial, "Nuh uh! Well your poo stinks too!! 😩"

If that had been Trump you and 4 others on here would have started out threads about how much of a racist Trump was, backed up by the 24/7 coverage of it on our enemedia for the next three months.

Stop projecting and focus on the topic.

Are you going to be voting for Biden?

Like what? I hear that a lot. Never get to see any examples.

posted on Aug, 5 2020 @ 07:50 PM
link
Biden really thinks highly of African-Americans doesn’t he?
He also couldn’t find his ass with both hands.

This "crack" gaffe in particular is better than most, and did some real damage 🤣


Sadly you are the epitome of liberal mindset.

Instead of focusing on the issue you face, you deflect to something irrelevant as if its going to solve your dilemma.

Joe "where am I" Biden is your candidate. That is a serious concern, but orange man bad, so Joe Don't Know gets a pass, because orange man bad...

The only thing more embarassing than being Biden is going to be voting for Biden.

posted on Aug, 5 2020 @ 08:02 PM
link
but you said regarding Roger Stone that negro was not offensive or racist but now junkie is racist?

So go cry about it He's being multicultural, it's the Spanish word for Black And also, has been common parlance since the 60s You'll survive. Negro isn't a swear word nor an insult

So Joe has a problem with black people but Roger does not, maybe go cry about it

Personally, I have better things to do than play word police.

from the same thread


Apparently, the US Census does not consider the term 'Negro' to be derogatory in nature.

so is junkie derogatory

The only thing more embarassing than being Biden is going to be voting for Biden.

Are you kidding me?
I have never seen a deranged Leftist that shows a sense of shame....not one.
Not even a little bit.