But if you're interested in a laugh I would suggest a search for #BillClintonIsAPedo.

I put this in the pit, however the censorship implications and the media blindness is fascinating.

This could be bigger than Epstein Didn't Kill Himself.
Probably with the same level of justice however.

Can you please give those of us who abstain from social media a digest?

I don't use twitter, but this seems pretty self explanatory to me

Though some examples would be nice cause I can't be bothered searching that #.
edit on 3/8/2020 by dug88 because: (no reason given)

Yes, but what is the funny aspect I would find if I had a Twitter account and searched the hash tag? That's what I wanna know.

posted on Aug, 3 2020 @ 09:02 PM
link
Here is a link to a site (The Conservative Opinion) that provides some further information and examples.

From the site It seems documents have been unsealed that link Billy boy to visiting Epstein's pedo paradise.

It's the usual mix of factual incriminating evidence and tinfoil crazies.
But half a million tweets and it's not trending?

Thanks for the link...
I probably should have done that.
edit on 3-8-2020 by Krahzeef_Ukhar because: editing is fun

Yep, the interesting story is #trumpislosing ranked #24 trending hashtag with 22.6k retweets. #billclintonisapedo is #25 on the chart with now 200k+ retweets.

This story blowing up and becoming accepted public knowledge should be a nuke hitting the democrats and Biden hopefully leading to a public awakening and some arrests or mob justice.

Several flights that went into the sky for sex on the big King Size Bed onboard the plane...and returned back to the airport.

Former Secretary of State Colin Powel said Bill Clinton constantly "banged bimbos" in NYCity, while Hillary was away on trips.

It's all public knowledge, but means ZILCH unless there are Federal charges for him having sex with underage girls.

Tl'dr: documents released by Maxwell show bill Clinton #ed kids with Epstein on his island. No surprises there I'm sure.
edit on 3/8/2020 by dug88 because: (no reason given)

the island had underage girls there, but thats not all that was there. Most were of age from what I understand, so plausable deniability "I just went for the 20 year olds" is really all he needs to say with no evidence otherwise.

So, the biggest news then without further evidence is that Bill Clinton liked to have sex with females...not really a shocker overall. If there becomes evidence he was going with the underage girls though, then that leads into a whole mess of issues for him. the D's will no doubt cut him off and stop acknowledging his existence the moment that happens.

Perhaps, although that information had previously been released.
This is really just a rehash, but we get a 2nd chance at least to make it public.

That's the point of #BillClintonIsaPedo .

I'm not convinced there was anything in there that I hadn't seen already.
Even the redacted part that you could access with Notepad, I felt I had read before.

originally posted by: SaturnFX
Bit slow on the draw. that hashtags been trending for nearly 2 days now.

There's also the fact that he lied about it multiple times.
But we are living in a time of cancel culture.

I dunno, saying bill Clinton is a pedo is like saying it's raining during a thunderstorm, it's obvious, yet nobody wants to hear it and apparently, nothing can stop it.

The #ed thing about this whole Epstein thing from the beginning is that none of this was secret, none of this was hidden, yet no one cared enough to stop it, no one cares now, as much as every single person involved with any of that should be in jail for life, nothing will come of it, no one will be punished apart from Epstein and Maxwell and someone else will take over in their stead. If anyone really wanted to stop this, literally everyone that ever visited that island island would be under investigation but they're not.

Istead the public gets a little show they'll forget about soon enough, a couple people get to be the pazi sacrifices and this #'ll go on as it always has.

An outside observer would think it a good time to put those second amendment rights to use.

What worse could you be waiting for to make use of your rights? Go round 'em up yourselves with your military grade weapons and citizens arrest them!

It concerns me to see more US citizens fantasizing over civil war with their countrymen than joining forces and taking out paedophiles.
edit on 382020 by IAMALLYETALLIAM because: (no reason given)

originally posted by: dug88
a reply to: Krahzeef_Ukhar
Instead the public gets a little show they'll forget about soon enough, a couple people get to be the pazi sacrifices and this #'ll go on as it always has.

I totally agree.
However I do think this trending Bill will make a real difference.

I'm sure Twitter are figuring out a way to avoid this happening again.

I agree...but...then you've got # like fbi agents on 8chan encouraging terrorism instead of cracking down on the rampant pedophilia going on there.
edit on 3/8/2020 by dug88 because: (no reason given)

originally posted by: dug88
a reply to: Krahzeef_Ukhar

Tl'dr: documents released by Maxwell show bill Clinton #ed kids with Epstein on his island. No surprises there I'm sure.

This image has been in the media a lot. Looking at it tonight I had the thought that they both knew how it would be used when they posed for it. They are laughing at all of us. Especially at Slick Willy. 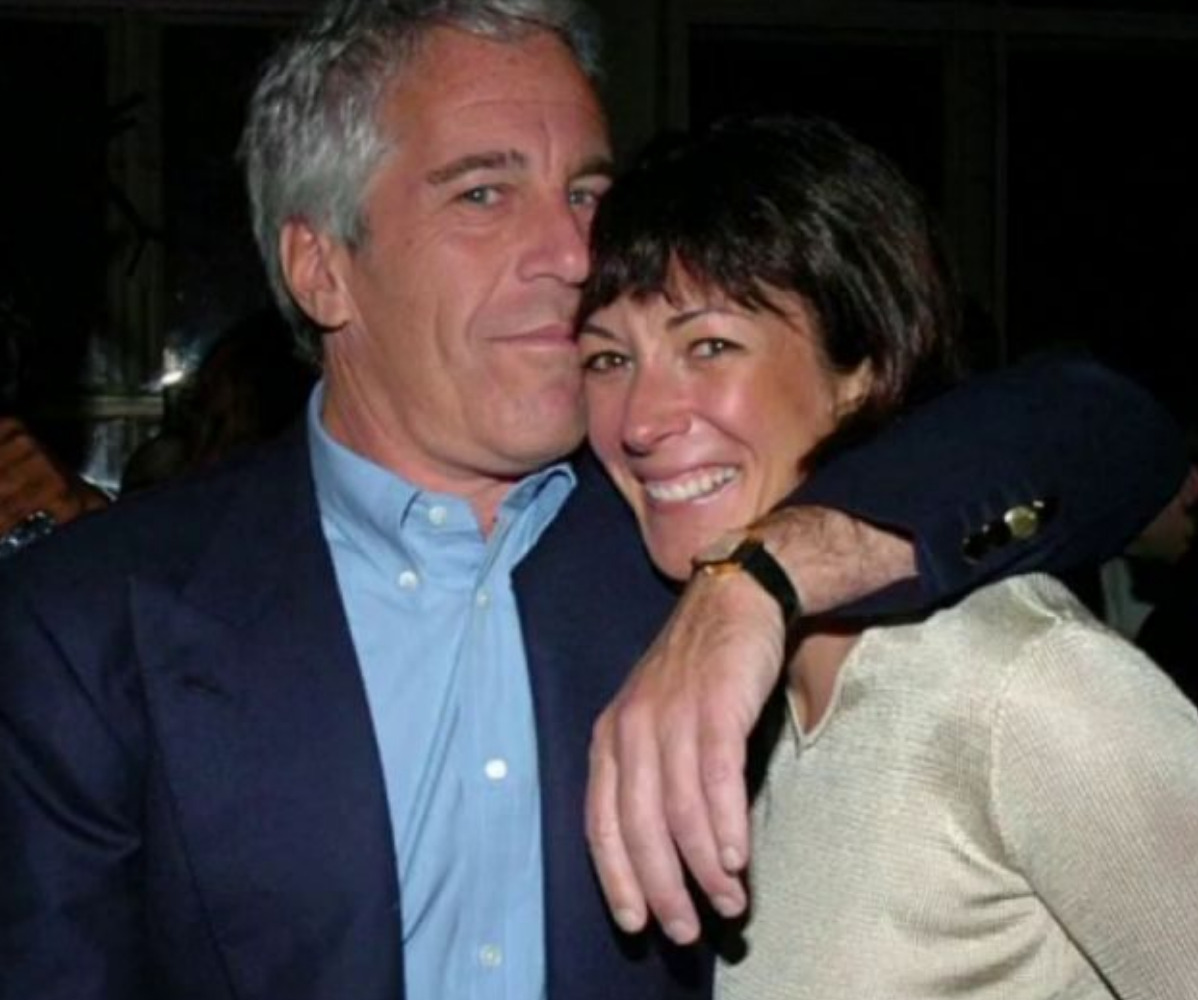 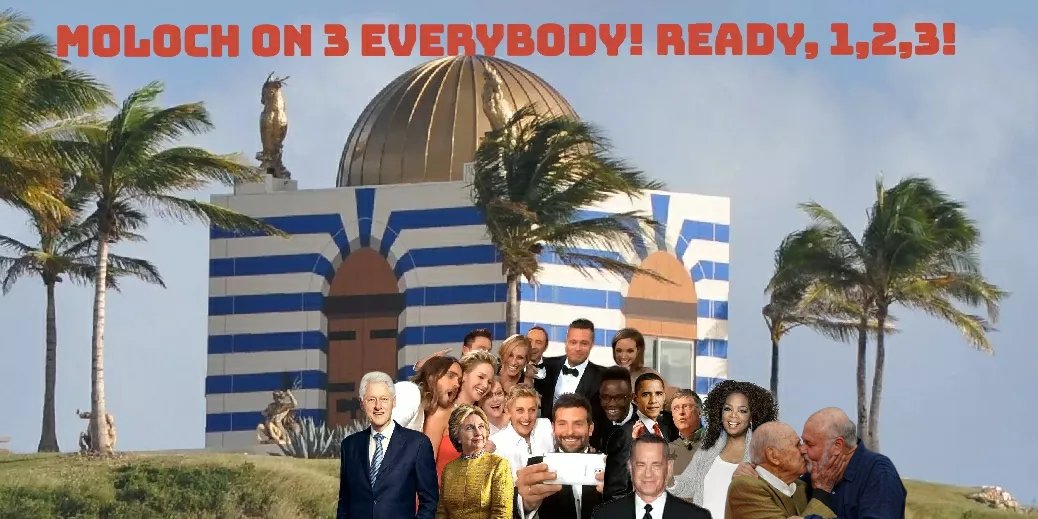 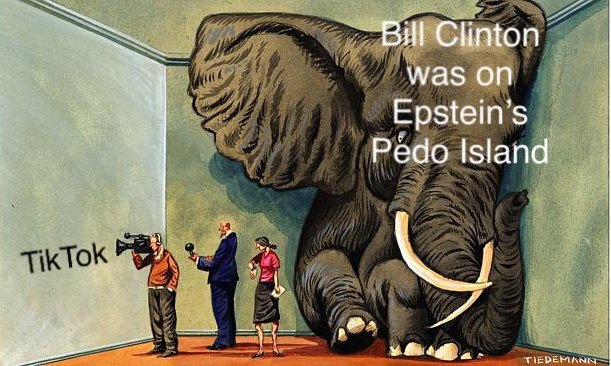 On Epstein Island says she was forced by Maxwell to have sex with:

Coming back from Palm Beach to Newark - wouldn't that be on the way back from the Island?