We won't be laughing when the human borg come for us. 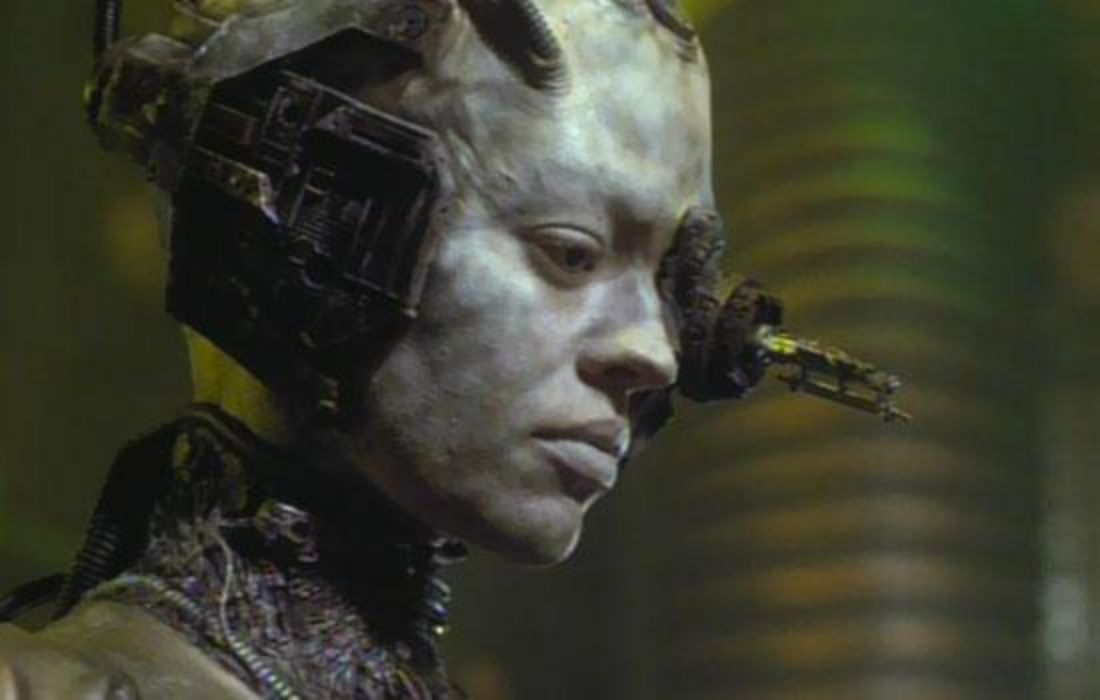 Wow, she sure has big audio sensors.

You won't be laughing when the human borg come for you.

Why would anyone be bothered to assimilate us?

More fuss than it's worth.

We don't even have any spare heads. How's that for poor forethought?

My question is can you turn it off on demand? Think of it this way, you now have super hearing. Congrats, now try to get 8 hours of sleep listening to your neighbor snore 3 houses down, the dog farting, the mouse eating something in the kitchen, and don't forget that clock in your office, and the slow drip of the sink..... ya if you can't turn it off, I for see it being hell.

You should be able to hook it up so unwanted noise is filtered or blocked by the brain. We do that now, to some degree, with our brains.

posted on Aug, 3 2020 @ 12:00 AM
link
I got something similar. Got me a pair of hearing aids and, for the first time in 60 years, I can hear birds. As well as all the noises my wife has been saying the car makes, the dryer buzzer, the clicking of the ceiling fan. Now that I think of it, I liked the peace and quiet of the previous 60 years. Anyone need a pair or hearing aids?
edit on 3-8-2020 by Cmajlz because: (no reason given)

I've already got a big chip on my shoulder. I don't need another one in my brain!

posted on Aug, 3 2020 @ 02:37 AM
link
what I find interesting about this tech is it sounds very advanced to anything else I have heard of
What other things have they already developed?

You may be right. Hard to tell till you face that choice.

I know they wanted to put some cow or human bone in me for a surgery once.

I didn't let them do it, even though they sure tried to talk me into it.

Putting a cow bone inside you body is a little bit different to bring paralysed from the neck down.

If you had a child that was in an accident and was paralysed from the neck down, would you say no to this for hear? Pretty much, 100% the answer would be you would have it done. Now think of all the people all over the world that could benefit from this.

We, as a race were always going to go down this road, so embrace it, because it's goingvto happen.

Sleeping dogs and all that...

posted on Aug, 3 2020 @ 06:55 AM
link
If all you're looking to do is hear things you'd never been able to hear before, you don't need a microchip implant for that! Just ask these guys vvvvvvvvvv

edit on 3-8-2020 by SleeperHasAwakened because: (no reason given)

posted on Aug, 3 2020 @ 07:20 AM
link
As someone who spends most of their free time in a music studio, recording and mixing, this sounds like a nightmare to me.

“Yes, please give me more frequencies that I need to remove with surgical EQ movements. I’ve gotten tired of the usuals that I fight against regularly.”

This is the digital age, my friend. I still have my amps, but never use them anymore. I have this wonderful unit called an AxeFX, it an amp modeler, but differs from anything else in the market because it’s not replicating the amps themselves, but every component inside the amp; transformers, capacitors, tubes, etc. The days of needing to crank up an amp to get it to sound good are over (but many still prefer a loud amp because it’s fun as hell).

I just don’t want to hear anymore frequencies outside the standard range. If this crap catches on it’ll start a whole new influx of BS studio monitors/headphones/products claiming to deliver the “full range of Neurolink’s increased frequencies”. I’m generally all for improved technology, but not this one!

It’s still terrific fun to crank up an amp and I totally understand the tube purists. There’s a physical feeling you get when you’ve got an amp cranked up, when the low end thumps your chest and the amp is right on the verge of breaking into chaos-ridden feedback. There’s also a feeling of power when one can control an amp that’s cranked that loud.

Marshall has the Code 50, but that’s actually a digital modeling amp as well. It may have been a 50-watt head, which, though it’s half the amount of wattage as your standard 100-watt head, can still get ear-bleed levels of loud. I had an 80’s JCM800 50-watt head for a while and that thing was a f*cking monster and a half. Due to many clubs restricting volume levels, those amps are becoming a thing of the past, unfortunately. Before the early 90’s, you HAD to crank amps up to get distortion from them unless you were using some pedals. These days, more and more clubs are putting up volume restrictions. I was pretty shocked after going to Nashville last January and seeing the majority of guitarists were going direct into the PA with some amp modeler on the floor, but the clubs will throw your ass out if you’re cranking up an amp. To a degree, I get it, but it’s making music loose it’s balls more than it already has.


If Neurolink can allow for a wider visual range, I’d be totally down with that. Built-in 3D glasses, welding masks, eclipse glasses. I wonder if they can turn your eyes into microscopes? That’d be pretty sick.


What if she will be able to tell what you are thinking.

This is exactly what Musk says will be the end result... eventually. On his recent JRE episode they discuss that. Joe asks when this may likely be a widespread addition to humanity, Musk says (not verbatim)"it's not gonna sneak up on you. Maybe within 5 years".

I agree that it creates a feeling of terror, but if you open you mind to the positive benefits of being able to communicate without misunderstandings, it is an awe inspiring thing. Of course, you would want to be able to turn it off and on, and that may be the caveat, because who is to say that the individual will have the ultimate choice if they want it active or not?

It also raises the issue of the spoken and written word; We are already seeing a decline in the ability of people to write well. I think this will turn writing (and eventually speaking) into something that only those interested will pursue for pure enjoyment- it'll become a archaic "hobby". Again, I realize that is a scary thing to think.

The evolution of humanity is a wild thing that is exponentially accelerating into unknown territory.

My theory is the main thing that will stop this path from going forward (or shatter it once commenced) is a cataclysm. My bets are on solar activity that will destroy the grid. Couple that with polar shifts, and we humanity will be "reset" and have to relearn so much, and rebuild civilization. Graham Hancock's wet dream! But I honestly think it'll happen.

You will probably hear confirmation that you are spending too much time on ATS than elsewhere.

originally posted by: Jaellma
You will probably hear confirmation that you are spending too much time on ATS than elsewhere.

If that's all it is I'd be relieved.